What's On
You are at:Home»Entertainment»REVIEW: Beauty and the Beast
By Katherine Goh on March 22, 2015 Entertainment, Promotions, Singapore

One of Disney’s most-loved couples – Beauty and the Beast – has arrived on the shores of Singapore. Having toured Manila and Bangkok, the Broadway musical hit Disney’s Beauty and the Beast has premiered in Singapore for the first time at Marina Bay Sands on 21 March 2015 as part of its first-ever international tour.

Darick Pead (left) stars as the Beast and Hilary Maiberger as Belle in “Beauty and the Beast”. Photo courtesy of Base Entertainment

Based on the 1991 Oscar-wining animated movie, the Beauty and the Beast musical tells the story of Belle, a beautiful and spirited girl, who meets the Beast, a young arrogant prince trapped under the spell of an enchantress, who has turned him into a hideous beast until he learns to love and be loved in return.

One of the longest-running and highest grossing Broadway shows of all time, the musical features a cast from the United States. It is led by Hilary Maiberger who plays Belle and Darick Pead who plays the Beast – both of whom are a couple in real life as well.

Judging by the response on opening night, the Broadway musical managed to delight the audience – both young and old – to a great extent. Laughter sounded throughout the theatre as the actors brought the characters of the animated movie to life on stage.

Maiberger not only looks a lot like the animated Belle, she sounds like the original Belle, Paige O’Hara, too. A self-professed introvert, the 28-year-old soprano said in an earlier media interview that she is actually quite shy in real life, but would come alive once she goes on stage. And come alive she did indeed. Her singing was effortless and pristine, and her acting as the doe-eyed lass was convincing, helped by the fact that she looks every bit the part.

The Beast, I thought, was a little more comical than fearsome, but understandably, that was to please the younger audience members. I felt that Pead did not get as many stage appearances as some of the other characters such as Hassan Nazari-Robati who shines in his role as Lumiere the Candlestick. The latter’s butt-shakes and on-point candle-lighting elicited many a laughter from the crowd. 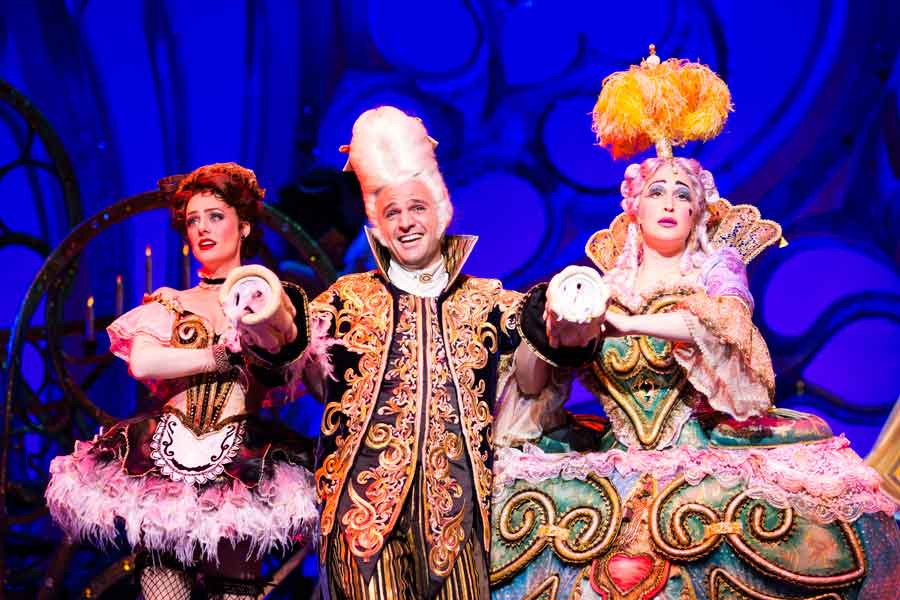 My favourite part of the musical was the number, Be Our Guest, which was an absolute show-stopping visual feast. It was hard not to get swept up by the colourful parade of costumes (I love the gold cutlery ones), choreography, and wondrous vocals of the cast. The highly energetic and vibrant performance drew the loudest applause of the night. 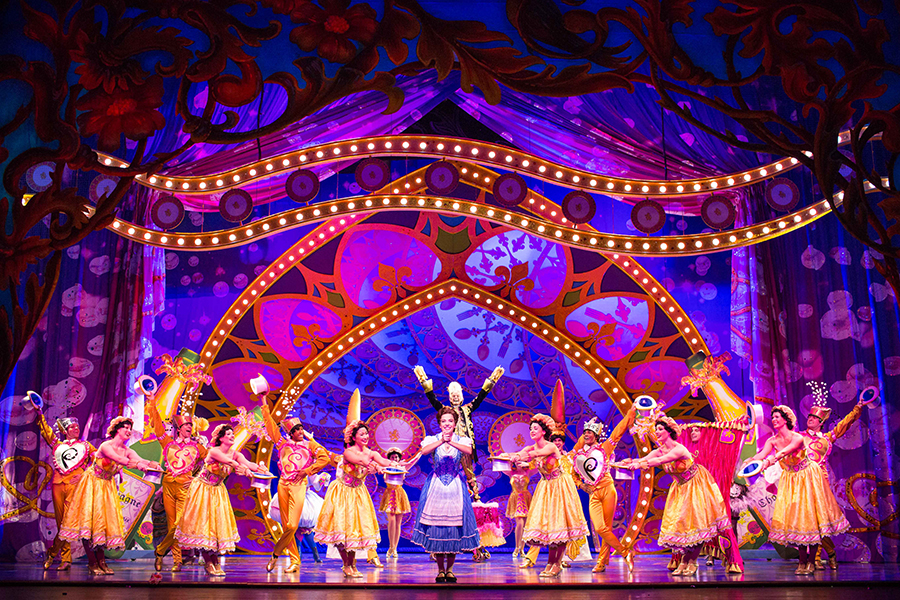 William Poon clearly won the hearts of the crowd as the lovable Chip, the son of Mrs Potts. At the curtain call, he received loud cheers from the audience despite his limited performance opportunities on stage (he was stuck in a cart). Also notable are Alan Dietlein as the conceited Gaston and James May as the talking clock Cogsworth.

If it’s any testament to how good the performance was, the musical had me wanting to watch the animated version all over again immediately after the performance.

Tickets: Prices start from S$65 (excluding booking fee). Booking can made at the Marina Bay Sands Box Offices or online via www.baseentertainment.com, www.marinabaysands.com/ticketing and www.sistic.com.sg.

We are giving away FOUR tickets to watch the Beauty and the Beast musical at Marina Bay Sands to ONE lucky winner! To win, simply follow these steps: