What's On
You are at:Home»Lifestyle»Review: Is the Philips 8000 Series Garment Steamer the Most Powerful Yet?
By Katherine Goh on December 20, 2021 Lifestyle, Singapore

Ask me what my most dreaded household chore is and I would say ironing. And, ironically I don’t own an iron – at least not for the past 10 years.

You see, I am a garment steamer convert. A decade ago, I bought a commercial garment steamer that was quite a workhorse. It made ironing a breeze and almost – just almost – a joy. However, all good things must come to an end and recently, my trusty old garment steamer was laid to rest after working hard for over 10 years.

So, my search for a replacement garment steamer coincided with the launch of Philips’ new All-in-One 8000 series garment steamer. This product combines steam and iron technology to deliver great de-wrinkling results with powerful performance and ease of usage. 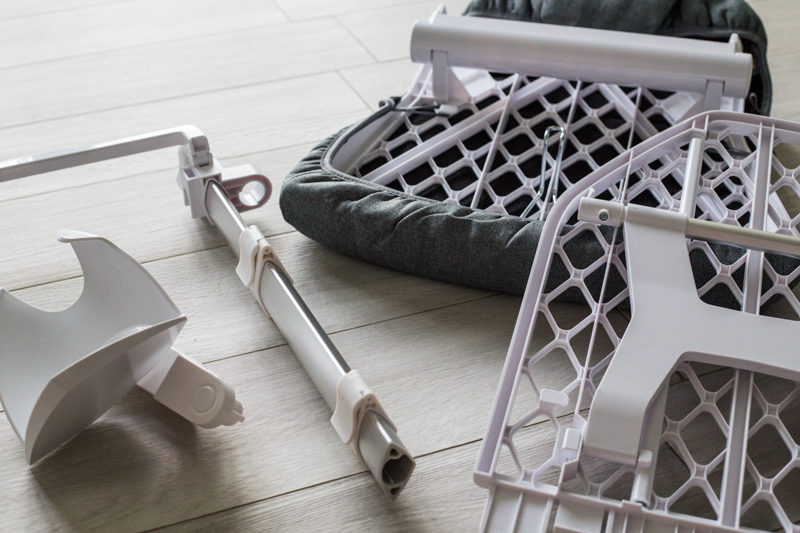 The Philips All-in-One 8000 series comes with a few separate components but it doesn’t take a lot of effort to set up. Aesthetically, the design is modern and looks more premium than other garment steamers in the market. My only gripe about the design is that it comes with only two wheels at the bottom. This means I can’t move the garment steamer around as easily as compared to a four-wheel one; I would have to tilt the steamer at an angle to move it around. 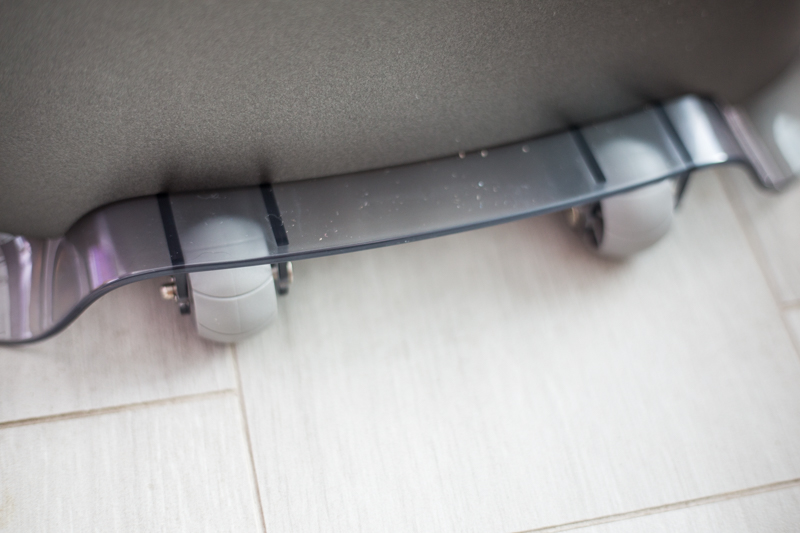 Two wheels are all the Philips 8000 Series Garment Steamer got. Photo © Asia 361

Without looking at the instruction manual, I had a bit of trouble initially trying to figure out how to remove the water tank. So in terms of design here, it may not be so intuitive to a first-time user. But other than that, it’s pretty much easy to get the garment steamer up and running. 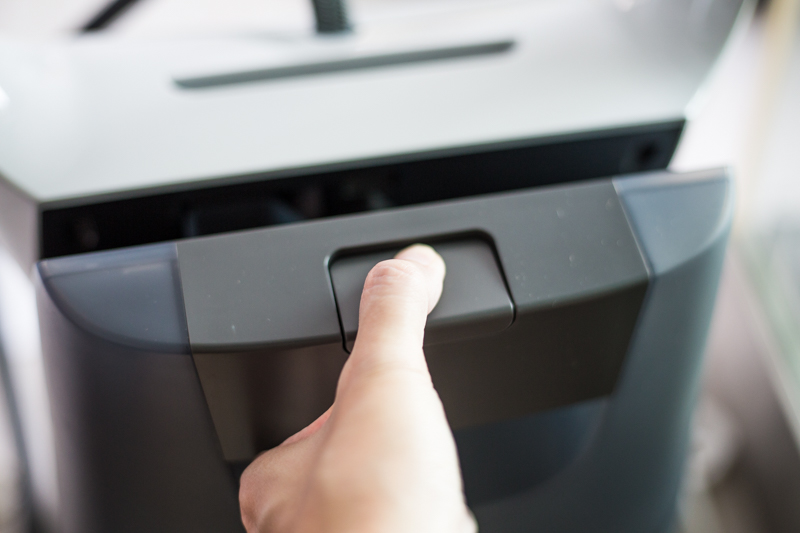 The domestic goddess (or should I say, auntie) couldn’t wait to get started to test this lean, mean steaming machine. After all, it boasts a long list of features that puts all other garment steamers to shame.

Start-up is really quick – all it takes is 90 seconds. Once I press the Start button, it will blink to indicate that the heating is in process. The moment the light stops blinking, it means the garment steamer is ready for use. 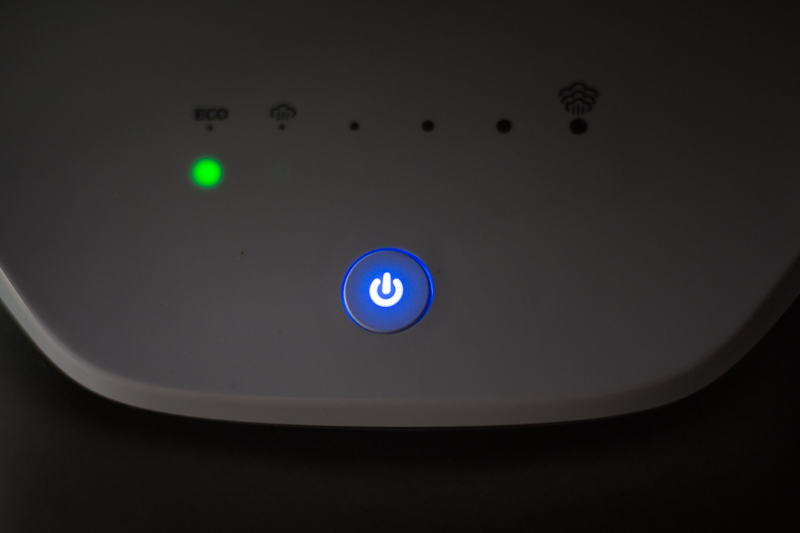 It takes only 90 seconds for the machine to start up. Photo © Asia 361

There are five steam settings and an Eco mode that uses the most efficient amount of steam. To start, all I need is to press the steam trigger at the steamer head. Two quick presses of the trigger will activate a 35g/minute continuous stream (which can be boosted up to 90g/minute) so I don’t have to keep holding down the trigger. I absolutely love the fact that the stream can be turned on and off on command, a feature not found in most other garment steamers. 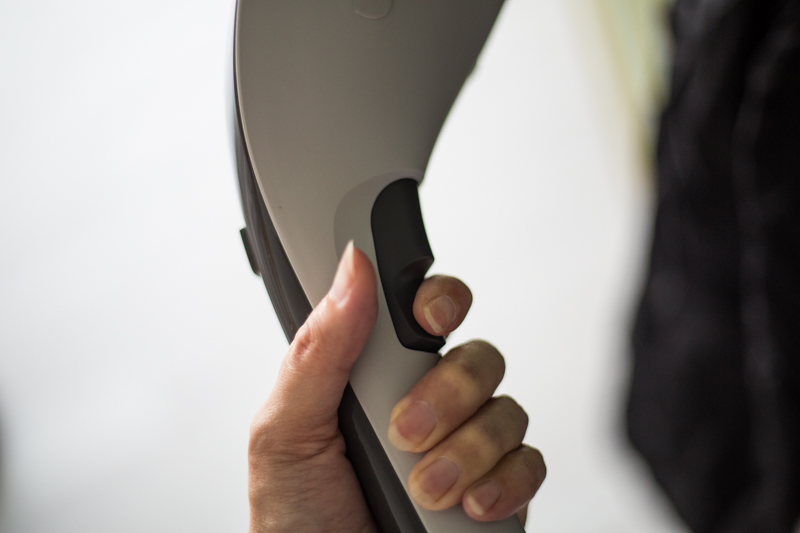 The trigger at the steamer head allows you to control the steam output. Photo © Asia 361

In this day and climate when cleanliness is imperative, you’d be happy to know that the steam removes odours and kills 99.9% of bacteria and dust mites. One can rest assured too that the Philips All-in-One 8000 can be used on the most delicate of fabrics as its OptimalTEMP technology steam plate ensures no burns on all ironable fabrics.

One design feature I appreciate is the rotatable side dock, which lets me rest and reach for the steamer head easily. Typically on all other garment steamers, the steamer head dock is on the top, which is rather awkward to me. A foldable top hook allows you to hang your garment. 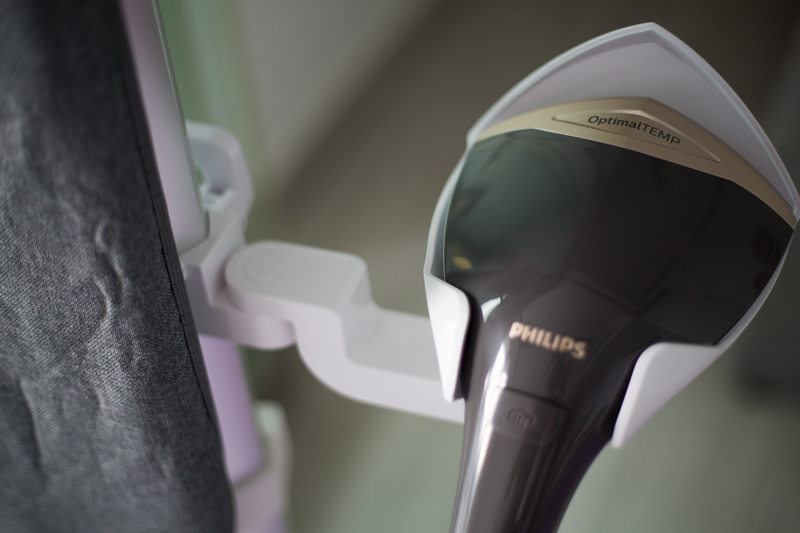 The side dock makes the steamer head easy to reach. Photo © Asia 361

The multi-angle board with a four-layer board cover makes for versatile steaming too. The tapered end of the board is designed for tricky hard-to-reach areas in your garments. The board can also be adjusted and used at different angles, even horizontal like an ironing board. I personally prefer to keep the board upright when I do the steaming though. 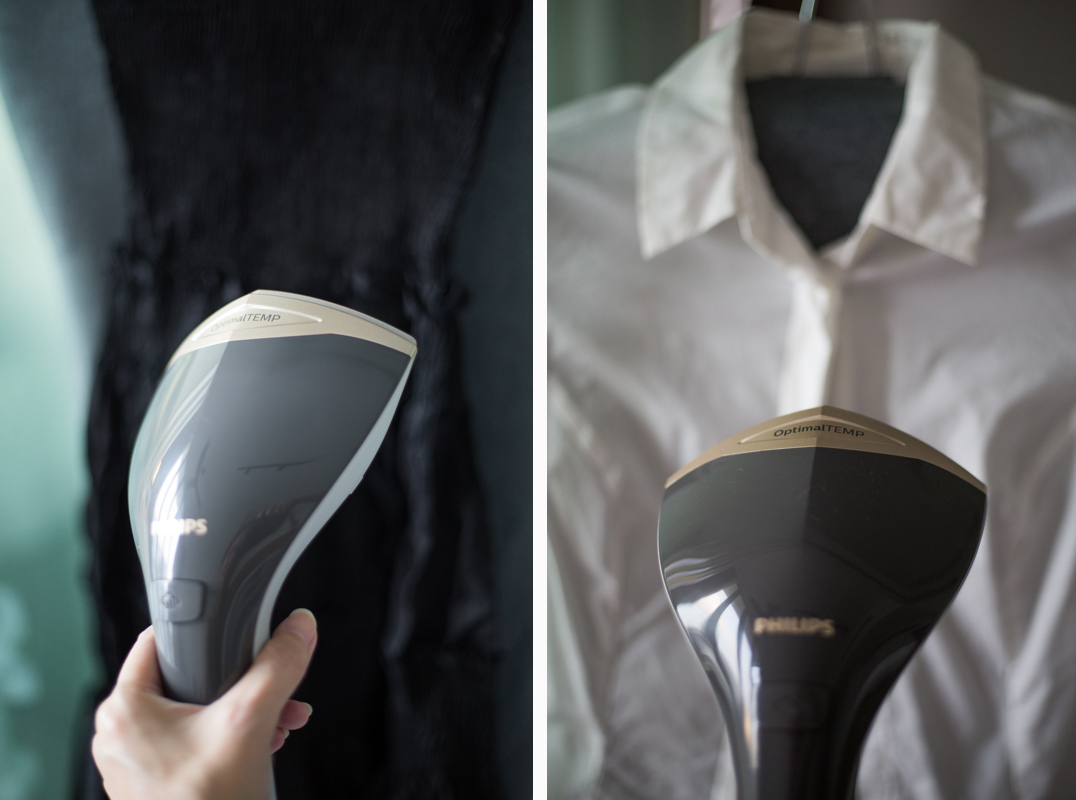 The steamer head is ergonomically designed and makes steaming a breeze. Photo © Asia 361

I tried the garment steamer on some of my hard-to-iron clothes. I must say, it was quite satisfying to watch the creases melt away. I don’t normally use the word ‘game-changer’ on a household appliance but the Philips All-in-One 8000 series garment steamer is indeed one. Philips calls it its “most complete steaming solution” and the machine really lives up to its promise.

The price point of S$519 is a tad prohibitive, making it one of the most expensive garment steamers in the market currently. However, if you are able to look past that, the Philips All-in-One 8000 series garment steamer is an absolute dream to use. Heck, you might even start to enjoy the chore of steaming the kinks off your clothes.

The Philips All-in-One 8000 series garment steamer retails at S$519 and is available at Harvey Norman.