What's On
You are at:Home»Entertainment»9 Filming Locations of Descendants of the Sun Every Fan Should Visit
By Aloysius Soh on June 14, 2016 Entertainment, Korea, Travel

The latest sensation to come out of Hallyu is the hit drama Descendants of the Sun (affectionately known to fans as DOTS). The series concluded in April after 16 episodes, but the fever has not let up. Fans enamoured by the love story of Captain Shi-Jin (Song Joong-Ki) and Dr. Mo-Yeon (Song Hye-Kyo) have gone on to immerse themselves in the lives of the characters both on screen and off. Some of the more tame expressions of fan adulation come in the form of fan mail, flower delivery, and gifts to the cast of this hit TV series.

Instead of wreaking havoc in the private lives of the stars, perhaps a better, more productive, way of channelling all that fangirling energy is by contributing to the bustling tourism generated by the popularity of the show. You can check out the filming locations of DotS in Korea and Greece and recreate pivotal scenes in the fictional country of Uruk. 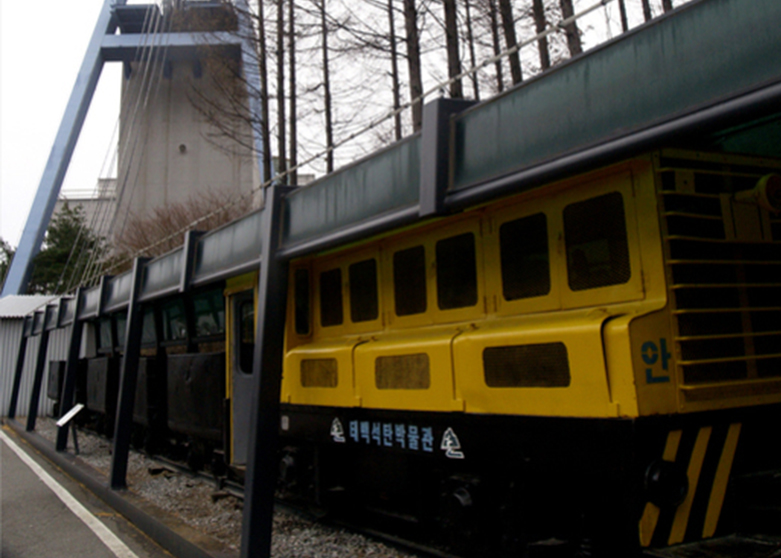 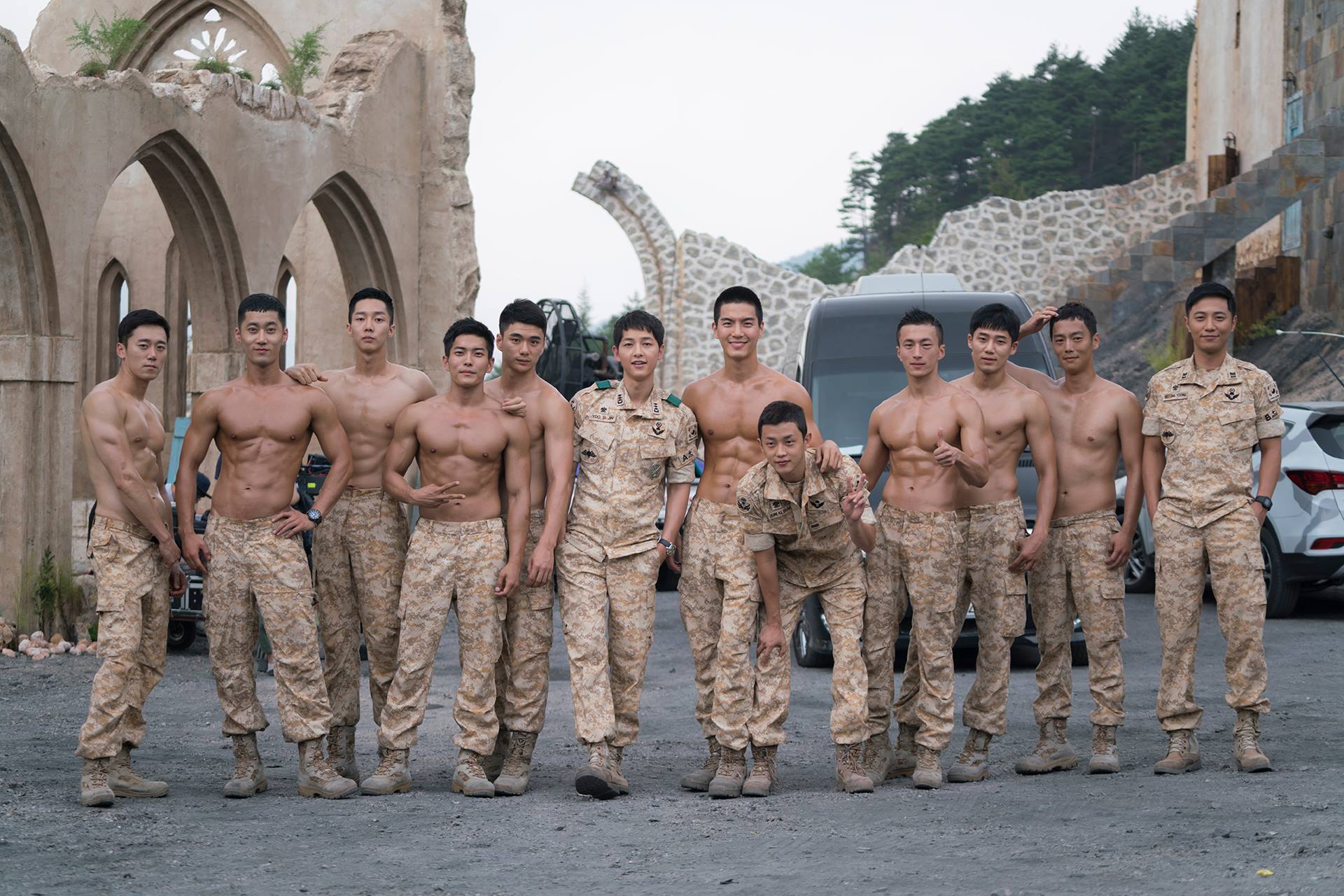 The abandoned coal mine in the city of Taebaek, Gangwon Province was the setting of scenes showing the military camp of soldiers in the fictional country of Uruk. Sadly, after the show’s filming wrapped up, the set has been removed. But, it has been reported that local authorities are negotiating with the Korea Tourism Organization (KTO) to rebuild the set. According to Korea Times, this move is supported by the South Korea president Park Geun-hye who believes this tourist destination can be used to generate interest and promote the country’s culture to the world. 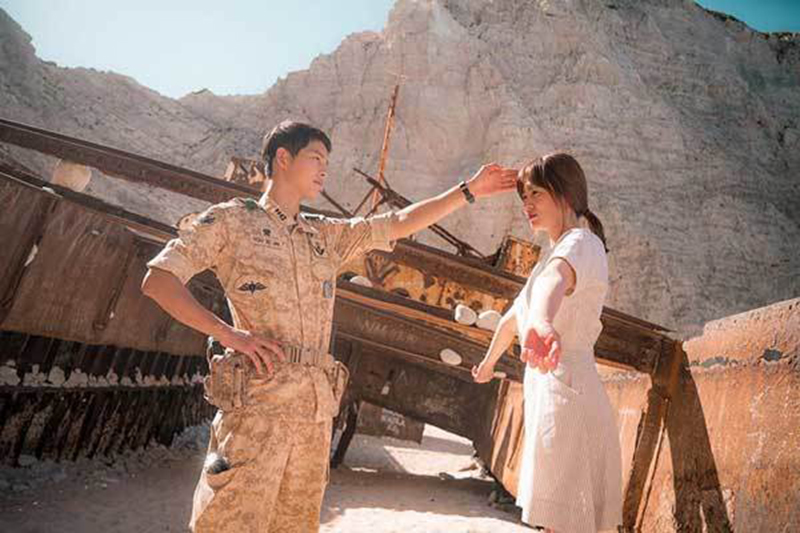 Navagio Beach, also known as Shipwreck Beach or Smuggler’s Cove is off the coast of Zakynthos, Greece. It is named after a marooned smuggling vessel which has become a permanent and oft-photographed fixture of this postcard-perfect destination since 1982. This particular location is memorable to fans because this is the site where the relationship between Shi-Jin and Mo-Yeon begins to blossom. The series thus lends some romance into this already picturesque cove.

3. The Monastery of Panagia Skopiotissa (Greece) 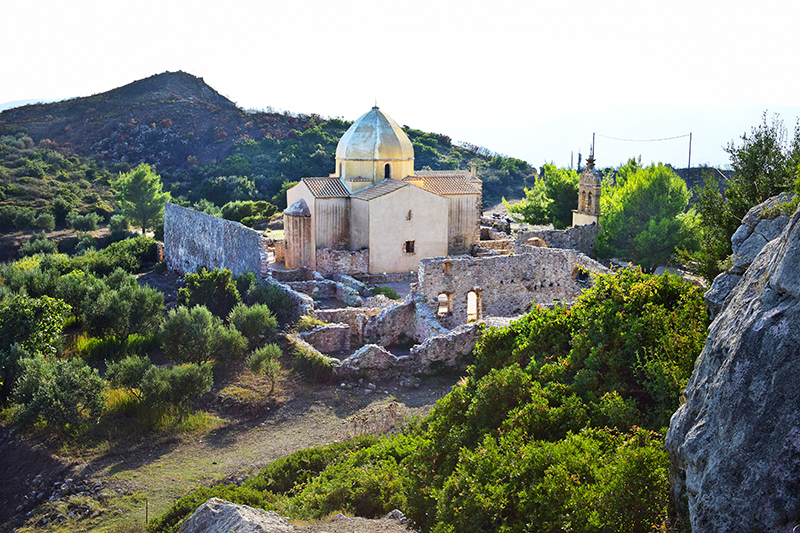 This 15th century monastery is situated atop Mount Skopos on the island of Zakynthos in Greece. This edifice figures in the backdrop of DotS as part of the location of Uruk’s military encampment. The ruins of this monastery’s stone walls perfectly captures the themes of war and destruction tackled in the show. It is a juxtaposition of beauty and devastation. 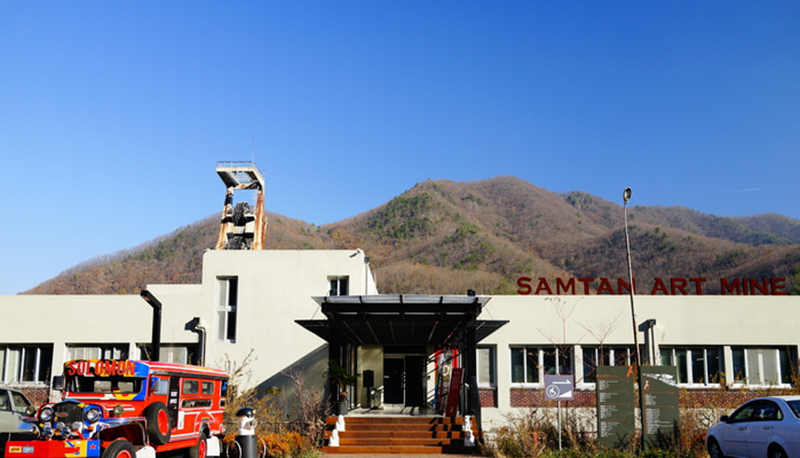 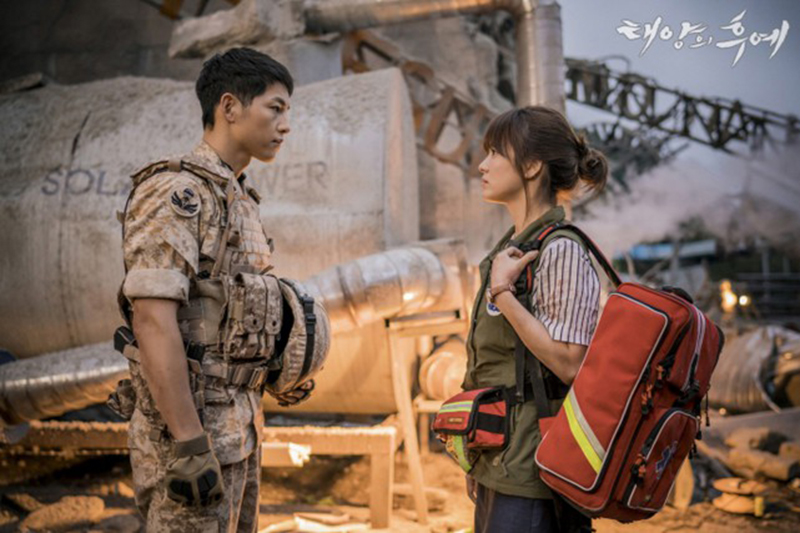 The challenging underground scenes when the earthquake hit the fictional country of Uruk were filmed at the Samtan Art Mine in Jeongseon-gun, South Korea. It forms a part of an abandoned mine which has since been transformed into an art museum. In the real world, mining artefacts alongside modern artworks are on display in this establishment. 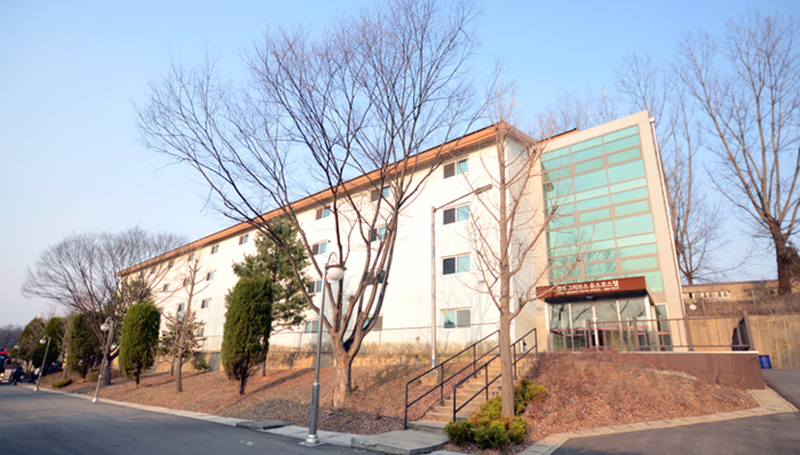 The base camp of the soldiers in DotS is filmed at Camp Greaves DMZ Experience Centre in Paju, Gyeonggi – a couple of kilometres from the DMZ. In real life, Camp Greaves was the base camp of US troops for years after the ceasefire agreement was signed by both North and South Korea. In 2007, it was transformed into a hostel where people can experience a piece of Korea’s history. Cultural programs and various tourism activities have since sprung up in this area bolstered by the show’s popularity. 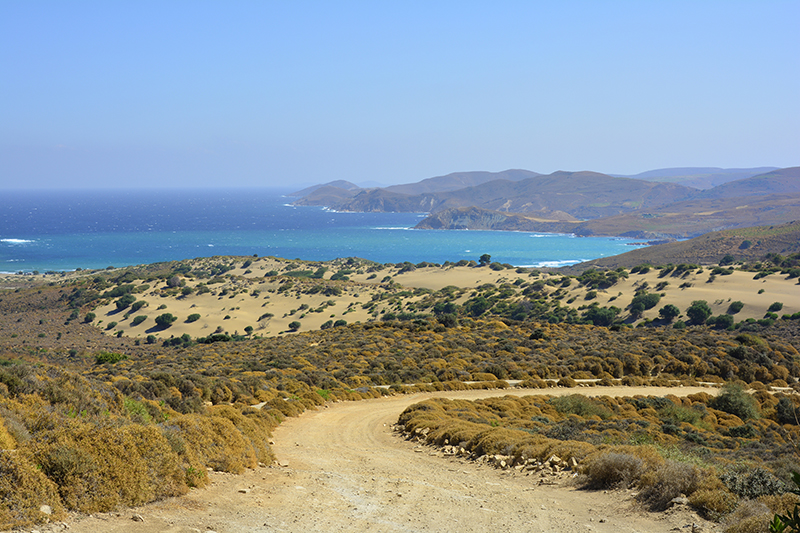 Another Greek island prominently featured in DOTS is Lemnos. It is situated in Aegean Sea’s northern region. Among its many sandy beaches, the Gomati sand dunes, more popularly known as the “Sahara of Lemnos,” became part of the sweeping landscape representing some of the grittier parts of Uruk. The capital harbour town and municipality of Myrina is another point of interest in the island of Lemnos as part of the Uruk tapestry in DOTS. 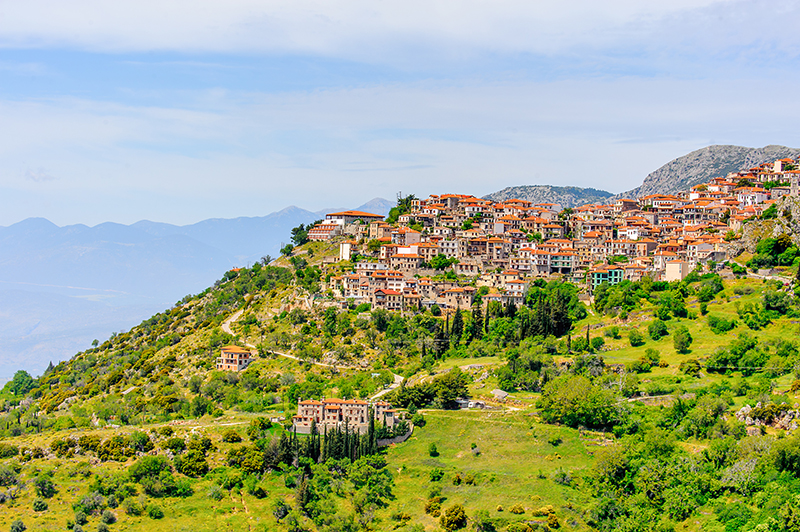 This mountain town is located west of Boeotia, Greece. This is the site where Shi-Jin and Mo-Yeon went out on a date and encountered Agus. Several places in this town were used as locations in the series. 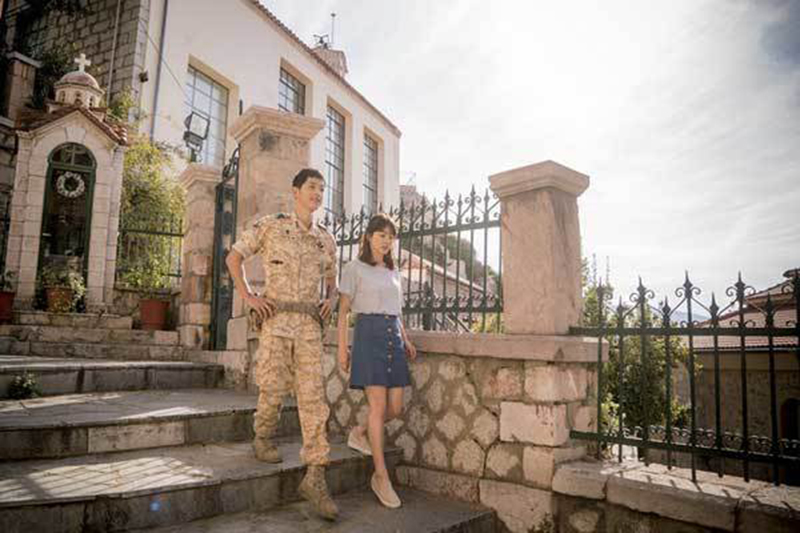 A more specific site in Arachova which might look familiar to fans of the show is the Church of Saint George. Some walking shots of Shi-Jin and Mo-Yeon features this specific façade on camera. 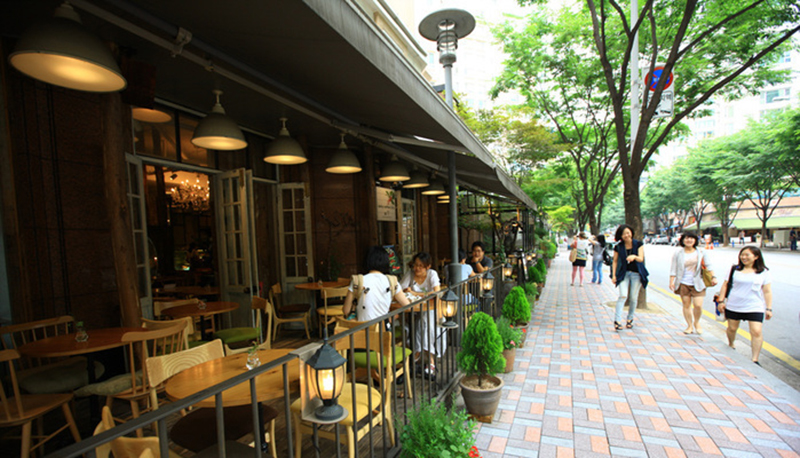 In the first episode of the show, we see Captain Yoo Shi-Jin and Sergeant Major Seo Dae-Young exchange playful banters at the café with adorable stuffed animals next to them. This scene was filmed in one of the cafés dotting the famous Jeongja-dong Café Street in Seoul.