What's On
You are at:Home»About Us

Asia 361 is an online lifestyle publication designed with Asians in mind.  Our readers are trend leaders in the know on the latest in food, fashion, technology, travel and all the happenings on Asia.

Why Asia 361? It’s our way of saying we cover the latest happenings of Asia 360° and beyond.  We work (ok, and sometimes play) hard to go that added extra mile to curate and deliver non-stop news to keep you inspired.  If it’s about the latest, the newest and the best, you can be sure we are sniffing them out for you. 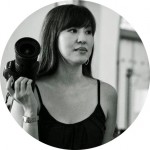 Katherine is the managing editor and co-founder of Asia 361, where she oversees a growing group of contributors across Asia. While writing has long been second nature to her, it was only in recent years that she got into editorial work. Prior to that, she has more than 13 years of experience in public relations, and has worked at multinational corporations such as Daimler, PayPal, and Johnson & Johnson.

On days when she is not writing, she longs to hop on a plane and travel to far-flung places with her camera in hand. A photographer at heart, Katherine sometimes prefers to tell stories through her photos than words. She is also a Getty Images contributor. Follow her on Instagram @kateyesphotography. 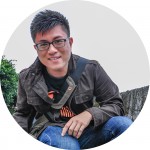 Calixto is a young technopreneur and IT Consultant based in Singapore. He has more than 10 years of experience in the industry, ranging from creating his own startups to doing IT consulting and development work for clients. His successful ventures include BookINBookOUT, a pre-owned textbook marketplace for tertiary students in Singapore, and Originally US, a mobile app and website development company trusted by MNCs and startups alike.

Fen is a writer and a fervent amateur photographer. Particularly passionate about food heritage and emerging destinations, she frequently merges both pursuits with trips to hone her palate. She has made it her permanent personal mission to document vanishing trades and lifestyles. Fen is also an aspiring polyglot with fluencies in several European languages.  She dreams of a mammoth expedition across the former Soviet Union one day.

Justin is a noobie writer who still finds it hard to believe anybody would want to publish anything he writes. Thanks to the Internet, he is now unstoppable in his quest to becoming famous. When Justin is not correcting his own grammar for his writing, he can be found trying to bake, learning digital photography or drooling over sexy new tech toys.

Shannon is a twenty-something who perpetually enjoys eating and travelling. To reward herself for ‘conquering’ her law assignments, this lawyer can occasionally be found going on food hunts. Shannon is also game for new experiences and would try pretty much anything, as long as it does not involve lizards or crazy heights. Check out more of her experiences on Instagram.

Emily is a lady with a profound penchant for spices and exotic flavours. While she is not spending her time reading law, she can be found dancing Latin ballroom and stuffing her face with good food (not simultaneously, thankfully!). An adrenaline junkie, Emily is also a sports fanatic who aims to finish an ultramarathon some day. She hopes to savour all the flavours of the world, one adventure at a time.

Vanessa is an undergraduate at the Singapore Management University, pursuing a Bachelor of Laws degree. Her passion for the written word stems from the desire to inspire, to evoke and to change. Vanessa is also a traveller and a foodie.  In her free time, she explores isolated parts of Singapore in search for food that brings delight to one’s tastebuds.
JOSMIN ONG, Writer (Singapore)

A former Team Singapore athlete, health and fitness have been a large part of Josmin’s lifestyle. She is a writer by day and gym rat by night. As much as she loves her salads and protein shakes, she also enjoys café hopping and the occasional indulgence in truffle fries and ice cream. As an active girl herself, she hopes to conquer most of the adrenaline-packed activities in the world.
WILSON WONG, Writer (Singapore)

Wilson Wong loves all good things in life, but most of all, he loves photography and travel. He believes to experience life is to be in the thick of things, and travelling and photography are two things that help him to be immersed in the wider world. He also loves watching movies, get immersed in a good book and engage in deep conversation. Check out his thoughts and travels at wilzworkz.com.

Shauna Soh is a huge animal lover, and can always be found cozying up to her furry friends. When not receiving puppy kisses, she is most likely on a hunt for chocolate, part of the sweet tooth’s quest to savour all the chocolatey desserts out there. Gluttony aside, the self-professed bookworm enjoys writing poetry, reading, and occasionally picking up a pen or two to do lettering.

Kurk masquerades as a lawyer by day but daydreams of being a professional rugby player. For now, he is content with disabusing young upstarts from notions of legal practice as a glamorous career. His intense love-hate relationship with food (loves eating with a passion, hates the weight gain) has surprisingly seen him lose almost 40kg from a weight too embarrassing for print. Hopefully, it stays that way.

Dr. Joe Kelly is an author, educator and speaker. He teaches university courses and corporate workshops on how to think and act like a change-maker, has authored numerous articles in mainstream media and academic journals, and has presented to audiences around the globe. Determined to walk the talk, he recently completed a yearlong challenge to make a positive difference in the world, everyday for a year. On his blog, he shares his opinions and adventures in creating change. Connect with Joe at http://www.joe-kelly.com.

Frey is a daytime hotelier and freelance writer from Jakarta, Indonesia. His ventures are all about travel, food and lifestyle. He hides behind a persona as he operates incognito while checking out restaurants and cafes. His heart beats faster when he discovers little shops, and tasted countless new foods. Asia 361 is his own digital travel best-of list.

Wanny Lee is a Kuala Lumpur-based writer and travel addict. She often cultivates a carefree lifestyle while indulging on good books, good foods and good music (rock genre, to be specific!). But above all, she treasures life’s simplicity and is often found sipping a glass of good liquor while watching the world pass by.

Daphnie is living the life she has always wanted since she stumbled into freelance writing three years ago. She is mostly seen armed with coffee on one hand and a book on the other with her head in the clouds, dreaming of her next travel adventure. Fuelled mostly by curiosity and coffee, Daphnie is currently into collecting experiences and photographs which you can explore through her Instagram profile @daphloong. 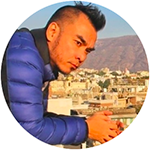 Marky Ramone Go is a travel-junkie, writer and photographer based in the Philippines. He narrates his experiences wandering the tropical paradise of the Philippines, the culturally rich regions of South East Asia, Sri Lanka and India on his travel blog Nomadic Experiences. After Asia, he is keen on exploring South America and eventually hoping to trace Jack Kerouac’s “On the Road” trail in the United States to Mexico.

Clare is a mid-lifer living in the San Francisco Bay Area. Often mistaken for a “tai tai”, she spends a lot of time deciding what to feed her husband for dinners.  She calls herself a runner but is a slowpoke. When out running at the trail, she’s always thinking of what projects to start next.  You can find out what she’s up to at sg_mnmlist_sv.