What's On
You are at:Home»Lifestyle»Team BMW Runs for Hope
By Fen Chia on March 7, 2019 Lifestyle, Singapore

BMW may be known best for its luxury and super performance cars, but did you know that the German automaker recently sent human feet instead of rubber tires to pound the asphalt?

With cancer a disease that does not discriminate and affects people of all ages, races, backgrounds and lifestyles, BMW is doing its bit in the race against a cancer-free tomorrow. “Team BMW”, made up of 60 registered runners including media, BMW Group Asia staff as well as staff from Performance Motors Limited, the sole dealership for BMW vehicles in Singapore, participated at the recent 26th annual Run for Hope last month to support cancer research and awareness as part of its ongoing CSR efforts.

It was Team BMW’s debut at Run for Hope, which is just the first of several activities in 2019 that the company is involved in to support the National Cancer Centre Singapore (NCCS). With the aim to raise S$5,000 for cancer research, BMW Asia launched on online campaign via Giving.sg in the run-up to the event to raise funds for the Run for Hope cause, enabling even non-runners to join in the fight against cancer from a distance. It surpassed its goal by raising a final sum of S$5,867. 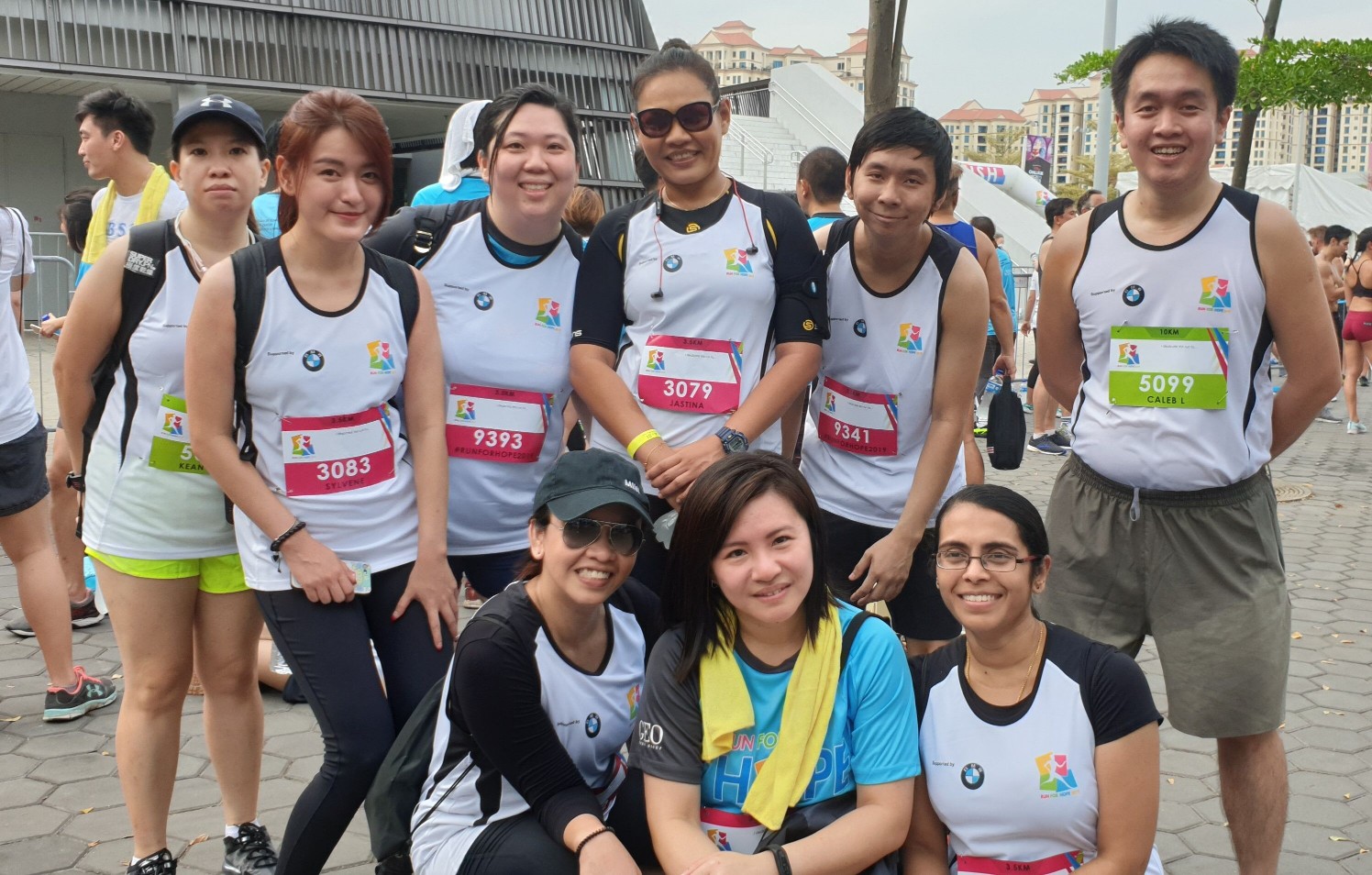 Some tired but triumphant runners at the finish.

On a warm and breezy Sunday, the runners joined over 6,000 others at the Singapore Sports Hub to complete a distance of either 3.5km or 10km. They finished without much difficulty, with BMW Group Asia Managing Director Christopher Wehner even coming in second in the Executive Challenge! 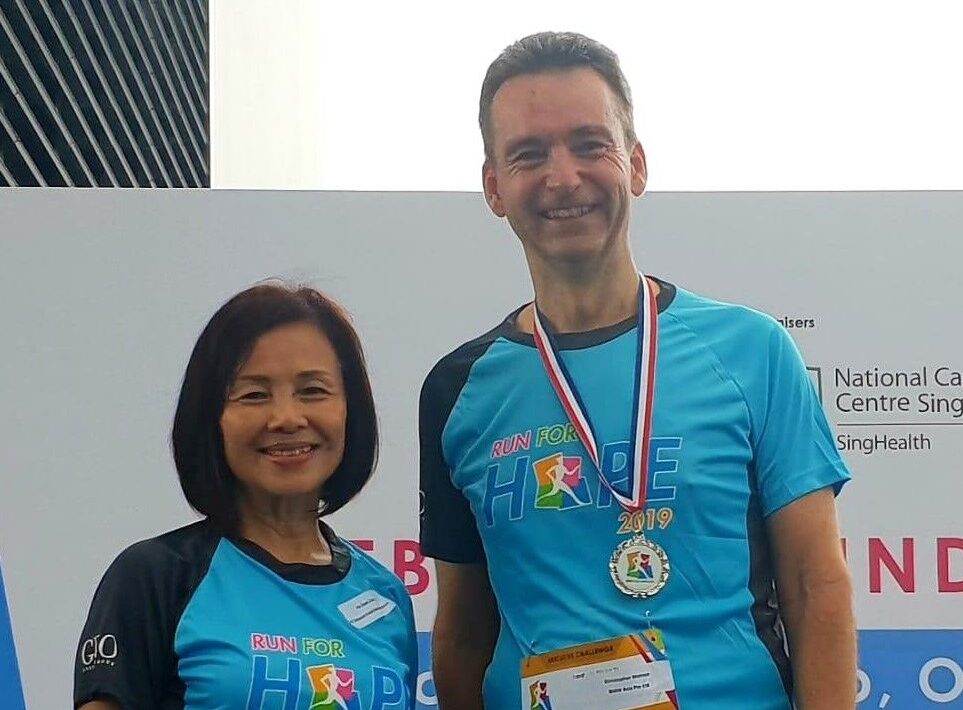 “We hope to get more people to join Team BMW next year in order to further raise awareness and support for cancer research.”, said Ms Preeti Gupta, BMW Asia’s Corporate Affairs Director. Ms Gupta and her team at BMW are in the process of locking down participation with National Cancer Centre Singapore (NCCS) on corporate volunteering for the latter’s upcoming programmes.

BMW Asia first engaged with NCCS in 2018 to raise awareness for Breast Cancer Awareness month by sponsoring activities for their movie in Botanic Gardens. Established in 2005, the NCC Research Fund supports innovative research to find the breakthroughs that will change how we understand, diagnose, treat and ultimately cure cancer.