What's On
You are at:Home»Entertainment»REVIEW: CATS The Musical
By Katherine Goh on December 22, 2019 Entertainment, Singapore

I think in this world, there are two types of people who would watch CATS: people who truly love cats the animals/CATS the musical and people who are curious about the musical. I belong to the latter and my curiosity has killed my previous enthusiasm for CATS.

Composed by Andrew Lloyd Webber, CATS made its debut almost 40 years ago in London’s West End and is also one of Broadway’s longest running musicals. Just like a cat with nine lives, the musical has been revived more than once – twice in the West End and once on Broadway. The musical has charmed many audiences like a purring kitten, having won many accolades including seven Tony awards.

All these are sufficient tribute to intrigue one to watch the musical, which I did at last Thursday’s gala night. However, I was unable to connect with the musical the way I had with other musicals.

Granted, CATS is colourful as a song-and-dance spectacular. The cats drew the audience’s attention with their flamboyant make-up and sleek unitards, amidst the wonderfully designed stage set-up. But if one were to look for a gripping storyline or plot, one would leave the musical disappointed.

The musical is based on T.S. Eliot’s collection of poems Old Possum’s Book of Practical Cats (1939). It is set on a junkyard playground where feline characters gather for one special night of the year – the night of the Jellicle Ball. The leader is Old Deuteronomy and he would choose one of the cats to ascend to The Heaviside Layer to be reborn into a new Jellicle life. One by one, the cats tell the stories of their lives. Unfortunately, there was a lack of depth to the characters. As someone who was watching CATS for the first time, I was confused by the number of cats prancing around, with only a handful having made an impression such as the exuberant tomcat Rum Tum Tugger and the acrobatic cat burglars Mungojerrie and Rumpleteazer.

The first half of the musical was almost a drag. The Jellicle ball dance routine went on for a tad too long. One thing I appreciated though was that the cats got down from the stage to interact with the audience. They prowled up and down the aisles, staring into the eyes of the audience. One member of the audience even got to dance with one of the cats.

I waited in anticipation for the performance of the classic song Memory by Grizabella, performed by West End star Joanna Ampil. Her poignant rendition was one of the highlights of the musical. Sad to say, there was not much known of her character and I could not feel anything for her except for her performance of the song. 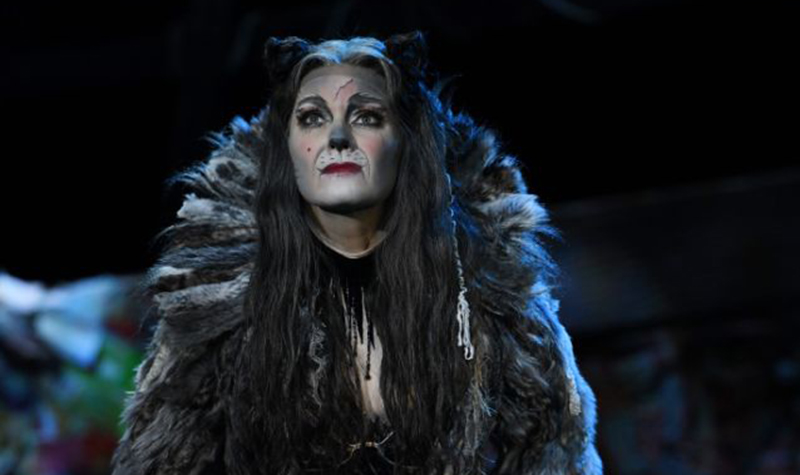 I honestly wish CATS would strike a deeper chord with me. But all is not lost for the musical. To those who are not looking for a musical with character development, I would say by all means go watch CATS. The energetic choreography, sparkling costumes and well-designed props will still wow and the musical will entertain people who are simply looking to enjoy without having to think too much. Or, people who love cats.

Meanwhile, I remain a dog person.

WHAT: CATS The Musical

TICKETS: Tickets are priced from S$50 to S$880 (excluding booking fee) and can be purchased from Marina Bay Sands or Sistic.