What's On
You are at:Home»Travel»10 Reasons Why Iceland Is Pretty Much Heaven on Earth
By Aloysius Soh on July 8, 2016 Travel

Mentioning Iceland probably won’t bring up imageries of sunshine and roses. But, that’s where its appeal lies. Iceland is experiencing a tourism transformation unlike any other, gaining the reputation of being the last frontier for travel and adventure. The spotlight is on this country and its ubiquity in pop culture – film, television, and music – is breathing life into the once gloomy impression of this country.

Geekdom, specifically Game of Thrones fans, associates Iceland to the land north of The Wall where white walkers roam. But perhaps the most powerful link to the boom are images of Iceland’s awe-inspiring natural wonders propagated by social media and much used by Hollywood films. In The Secret Life of Walter Mitty, Ben Stiller’s character is shown skateboarding the length of Seyðisfjörður with the sweeping panorama of Iceland’s jaw-dropping landscape as backdrop.

It seems like the magic and mystery of Iceland is endless, but for those who need more convincing, here’s a rundown of the main reasons for exploring this other-worldly destination. 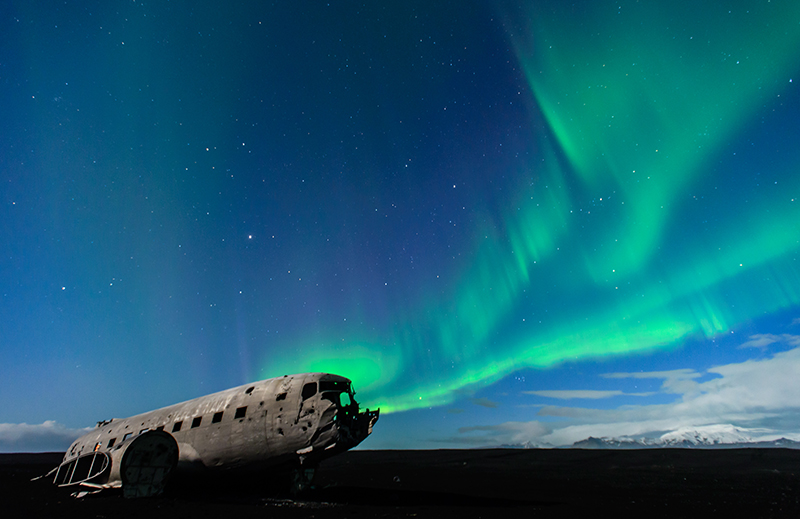 Ranking high up on any travel bucket list is the chance to see the aurora borealis in its full glory. Iceland happens to be the perfect place to witness this natural wonder. The Northern Lights is visible eight times a year in Iceland from September to April. You don’t even have travel far from its capital Reykjavik to catch the magical, mystical green lights. Just be sure to check the forecast for cloudless nights to get maximum exposure. 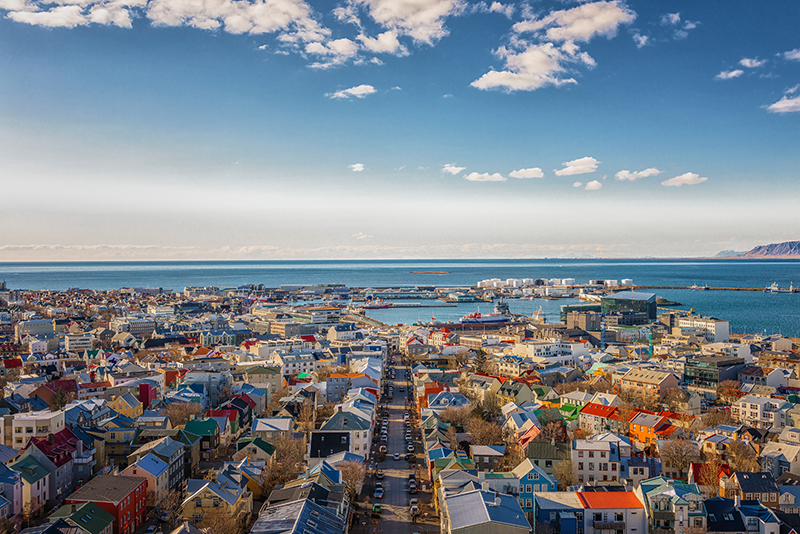 The capital of Iceland is a point of interest by itself. The rich and vibrant culture of Reykjavik makes it hub for music and the arts. This city is full of friendly faces and adventure spots are all around you. The famously lively nightlife of Reykjavik is also worth checking out. 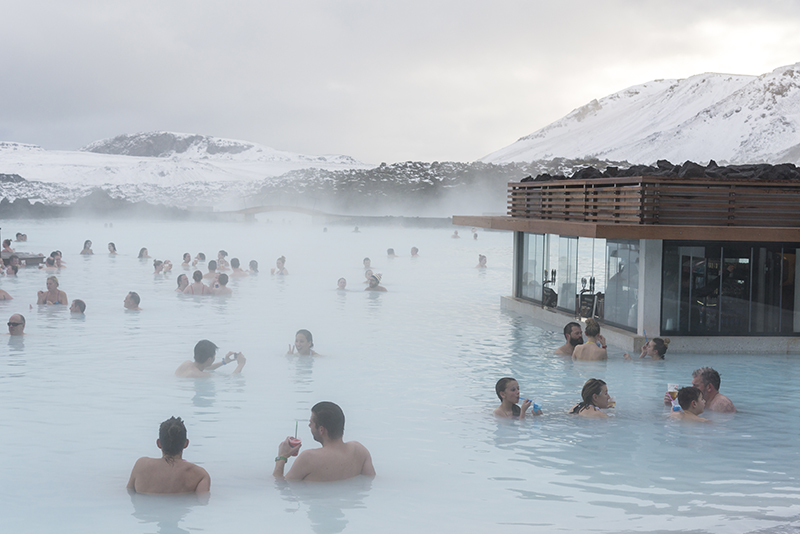 A mere 30-minute distance from the capital is the famed Blue Lagoon. This unique Icelandic destination is the largest geothermal spa with temperatures pegged at around 100 degrees. This natural pool of therapeutic water is located in a lava field in Grindavík on the Southern Peninsula of Iceland’s southwestern coast. Locals and tourists alike bask in powdery blue waters of the heated saltwater for treatments and rejuvenation. 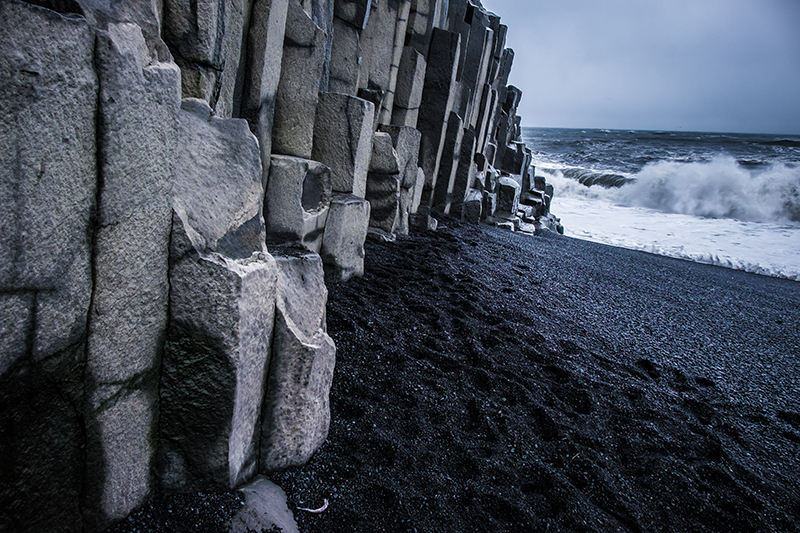 While not the usual beaches you might expect, Iceland’s beaches lend a surreal quality to its beauty. There are black sand beaches which gives off a mysterious atmosphere. One such black sand beach can be found opposite the Jökulsárlón glacier lagoon. The juxtaposition of the icebergs against the black sand makes the beach looks like it is sprinkled with diamonds. 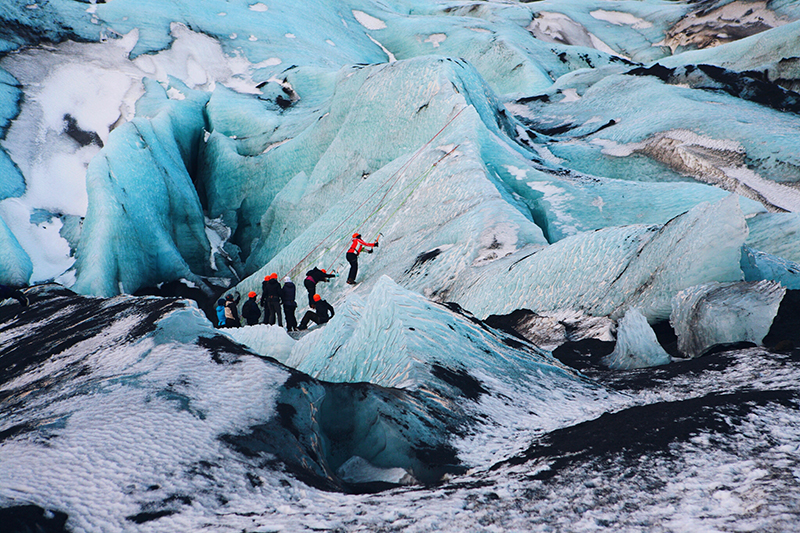 Outdoor enthusiasts troop to Iceland in search of adventure. Glacier tours, spelunking, hiking, biking, and rafting – whatever thrill-seeking activity you seek, Iceland’s got it. Mountaineers can marvel at all the dreamlike mountain ranges throughout the country. Hike up the Thorsmork mountain ridge that’s named after the Norse god, Thor. Along the way you’ll get stunning views of glaciers, mountain peaks, and waterfalls. The spot is simply beautiful. You can also explore the Landmannalaugar region, home of the Rhyolite Mountains and its multi-coloured splendour. 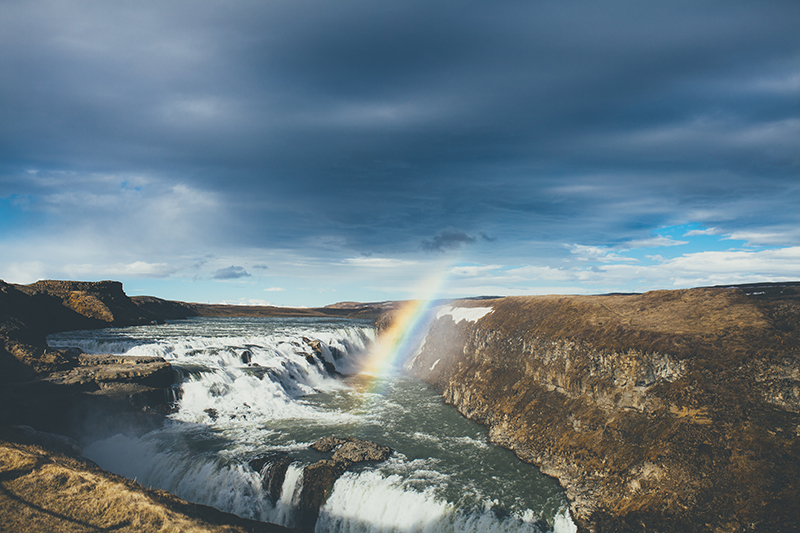 Contrary to popular belief, Icelandic waters are not always frozen. In fact some of its flowing waters make up one of the more popular attractions in the country – waterfalls. All sorts of waterfalls populate the land, from the popular Gullfoss to the mighty and majestic Goðafoss or “Waterfall of the Gods.”

For Game of Thrones fans, the lava cave of Grjótagjá located northeast of Iceland is worth a visit. The passionate scene between two beloved characters in the series bolstered the popularity of this place. Grjótagjá is a perfect representation of the ice and fire themes of the show. Its snow-capped exteriors during winter belies the scorching temperatures inside which can get as hot as 50 degree Celsius. 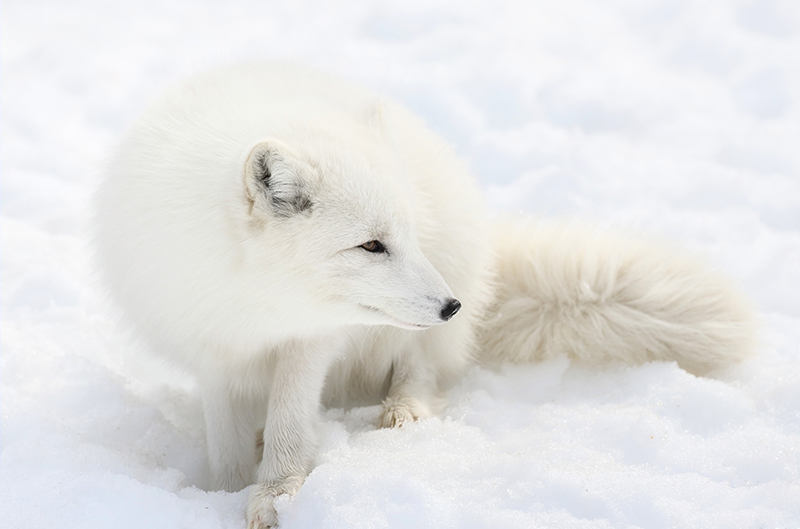 The playground of adorable artic foxes is in Iceland’s Westfjords. It is a bit a remote part of the country, but if you’re looking for a close encounter with these charming and loveable creatures, hiking to their habitat seems like a reasonable enough sacrifice to watch them play in delightfully carefree abandon. 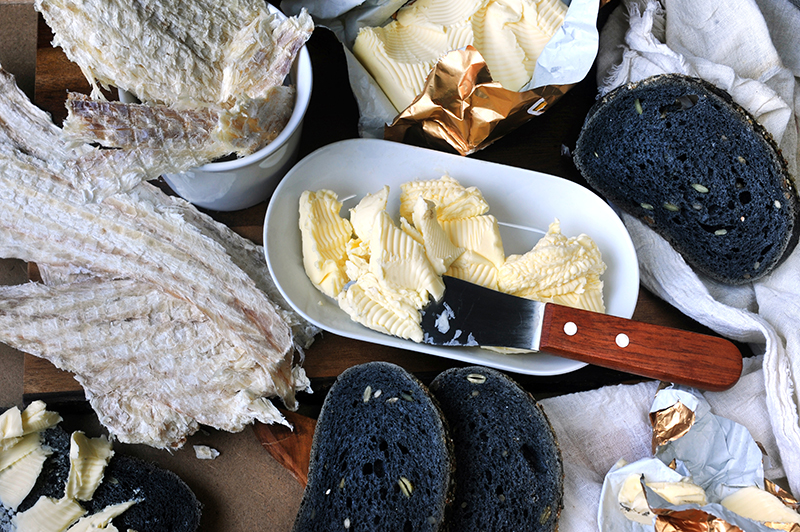 Foodies can have a field day in Iceland, too. Icelandic food has a reputations for being healthy and sustainable at the same time. Going around Reykjavík will open up your palate to a combination of fresh herbs, seafood, and premium lamb. You may have heard of skyr (pronounced Skeer), a low-fat dairy alternative with is similar to yogurt in consistency. Prepare to feast in traditional pickled, smoked, and salted cuisine as well since Iceland often uses these to process food for preservation. 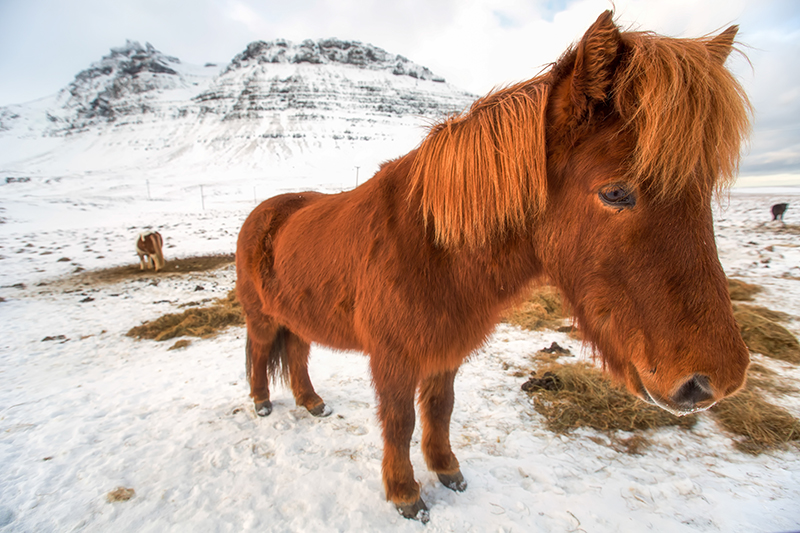 They may be small, but do not call them ponies. Icelandic horses can be seen scattered across the country, when you drive out of Reykjavik. The Icelandic horse is a unique breed of small horses said to first arrive on Iceland with the first settlers from Norway about 1,100 years ago. It comes in different colours and typically stands at just an average of 132 to 142 cm tall. If you come across one, you are bound to be charmed.