What's On
You are at:Home»Entertainment»MOVIE REVIEW: Knock Knock
By Vet Leow on October 24, 2015 Entertainment

What happens when trouble enters your home one day? What if you had played it safe your entire life, gone to a prestigious school, built a successful career, had a beautiful family and done everything right but one day, you decided to tempt fate just for one night thinking you are in control and could get away with it?

Keanu Reeves plays a middle-aged architect Evan Webber, who lives in a luxurious and secluded home outside Los Angeles. The story begins one Father’s Day weekend when Evan stays at home to recuperate from a shoulder injury while his wife and kids go ahead with a planned beach vacation. On Evan’s first night alone at home, two young women, Genesis (Lorenza Izzo) and Bel (Ana de Armas), who are soaked to the skin from a downpour outside, knock on his door, explaining that they were lost. Being a good Samaritan, Evan lets them in and what ensued is a series of flirting which leads to an explosive sexual encounter between the women and Evan, probably fulfilling his wildest fantasy while his family is conveniently away.

Evan’s fantasy gets abruptly awakened the next morning when the two women suddenly go ballistic to ruin his life and beautiful home, like they have just escaped from a mental institution. Genesis and Bel threatened to tell his wife and the authorities that they are underaged (how clichéd is that?). They taunt, humiliate, tortured Evan and force him to play an infantile game where he has to answer mindless questions or be tormented. 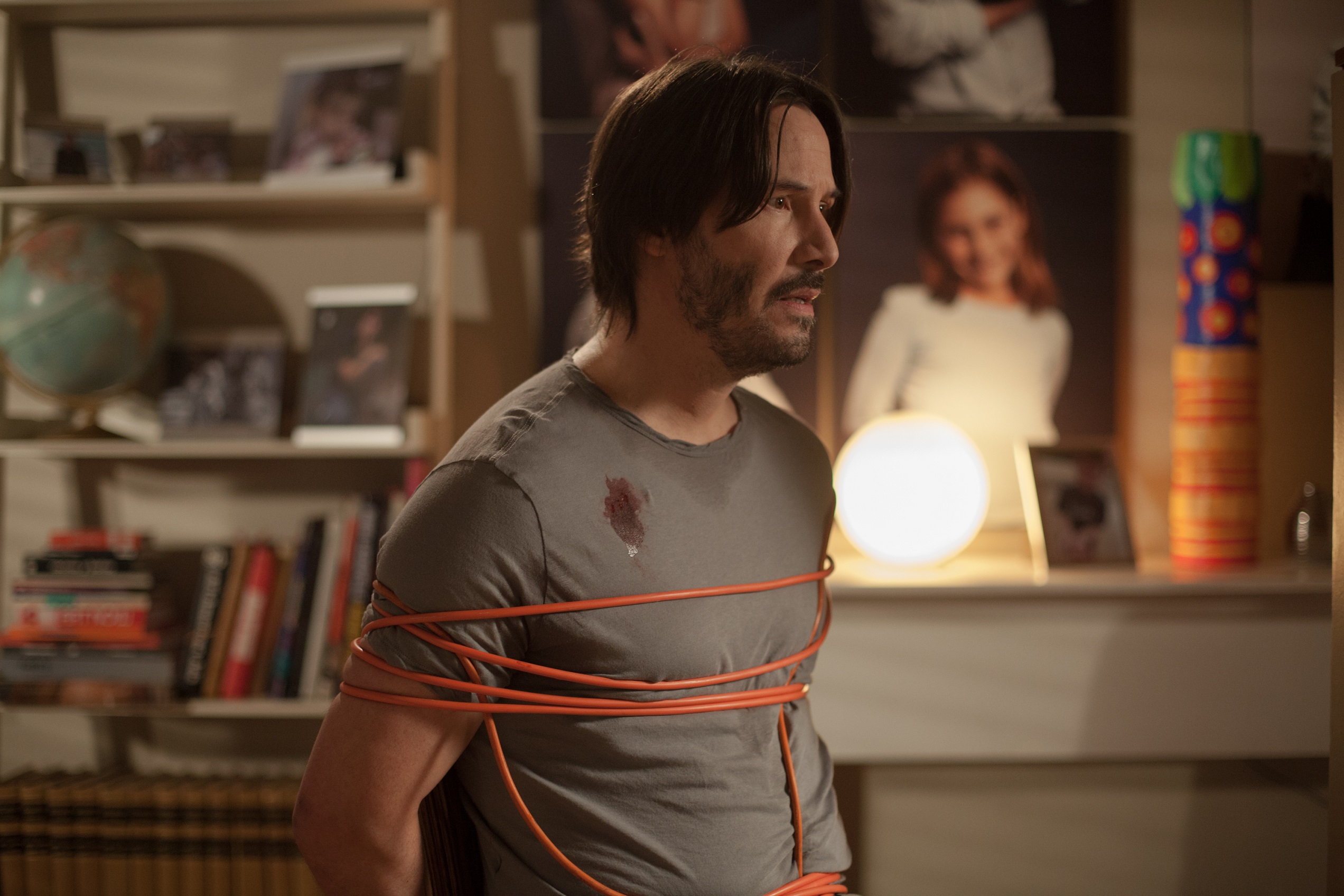 During this point of the movie, I began to feel sorry for Evan, a nice family man who had made one gross mistake to betray his wife and certainly does not deserve such punishment or even death for his mistake.

As the female characters’ take a 360-degree turn and become increasingly bizarre by the minute, one would have expected a very good motive for carrying out such a plan to invade Evan’s house. However, no explanation was proffered, except that Bel was a paedophile victim herself.