What's On
You are at:Home»Eat & Drink»Dine in Good Conscience at The Kitchen Table with Peter Kuruvita
By Katherine Goh on February 20, 2015 Eat & Drink, Singapore

With increasing environmental awareness, eating sustainable seafood is catching on and proving to be more and more popular. One restaurant which has embraced the idea of serving ocean-friendly seafood dishes is The Kitchen Table, at W Singapore – Sentosa Cove.

Since November 2014, the Kitchen Table has partnered with renowned Australian chef Peter Kuruvita to launch the aptly named ‘Seafood from the Heart’ – a buffet featuring dishes cooked with only ocean-friendly catch. Chef Kuruvita, a strong advocate of sustainable seafood, brings his interpretations of Asian seafood cuisines to the tables of the restaurant in a year-long collaboration. 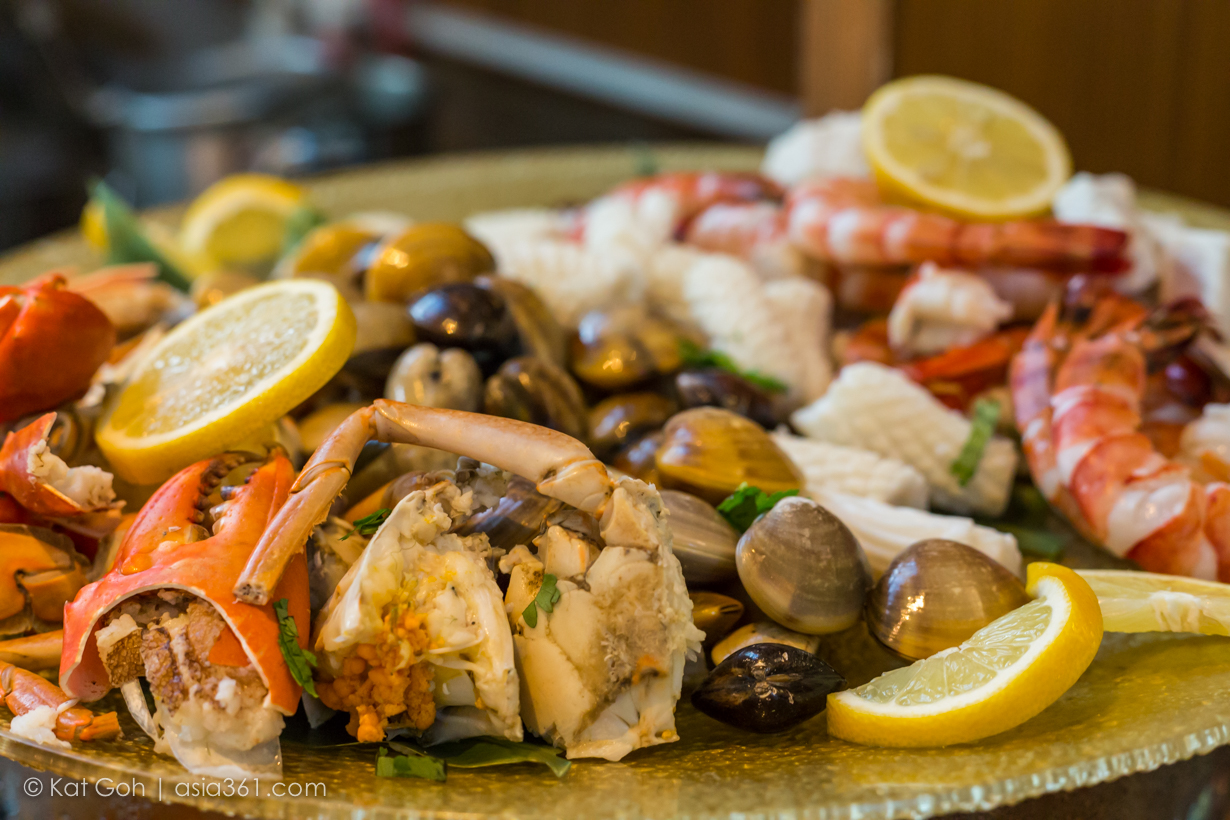 During our visit to The Kitchen Table, we were welcomed by a smorgasbord of seafood. While the buffet spread may not be the most extensive we have come across, it was hard not to be bedazzled by the selection at the six live cooking stations. There was almost every type of seafood one can possibly think of from different corners of the world – oysters from New Zealand, scallops from Mexico, salmon from Norway, slipper lobster from Indonesia, among many others. 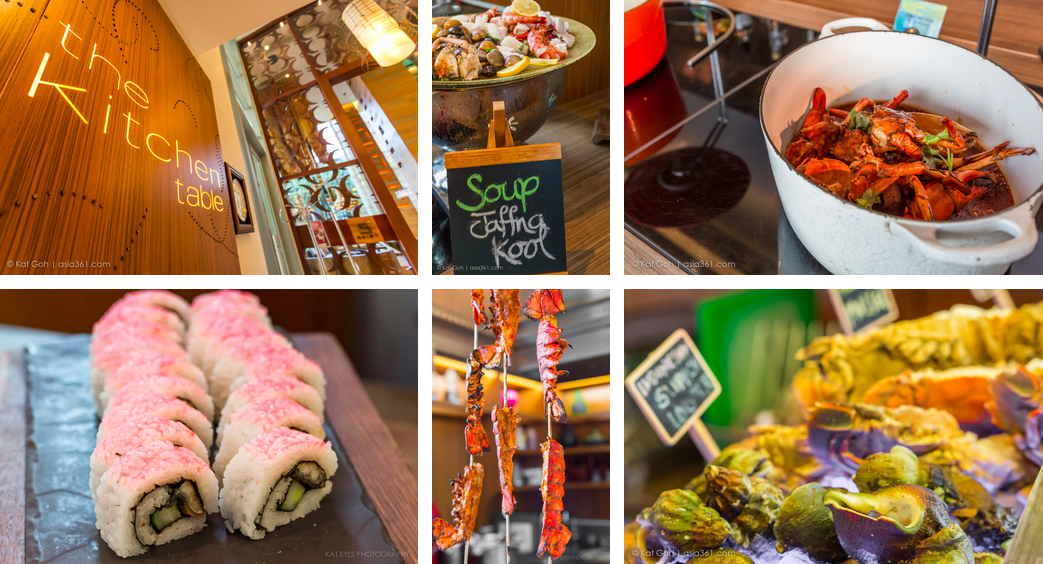 We decided to sample the specialties of Chef Kuruvita for a start. First on our table was the seared yellow-fin tuna with sweet pork crackling, ruby red grapefruit and black pepper caramel. This was actually one of Chef Kuruvita’s signature dishes at the Flying Fish restaurant in Sydney, where he served as Executive Chef for eight years. The sweetness of the pork, the tartness of the grapefruit and the spiciness of the black pepper all came together to create a balanced symphony of flavours. 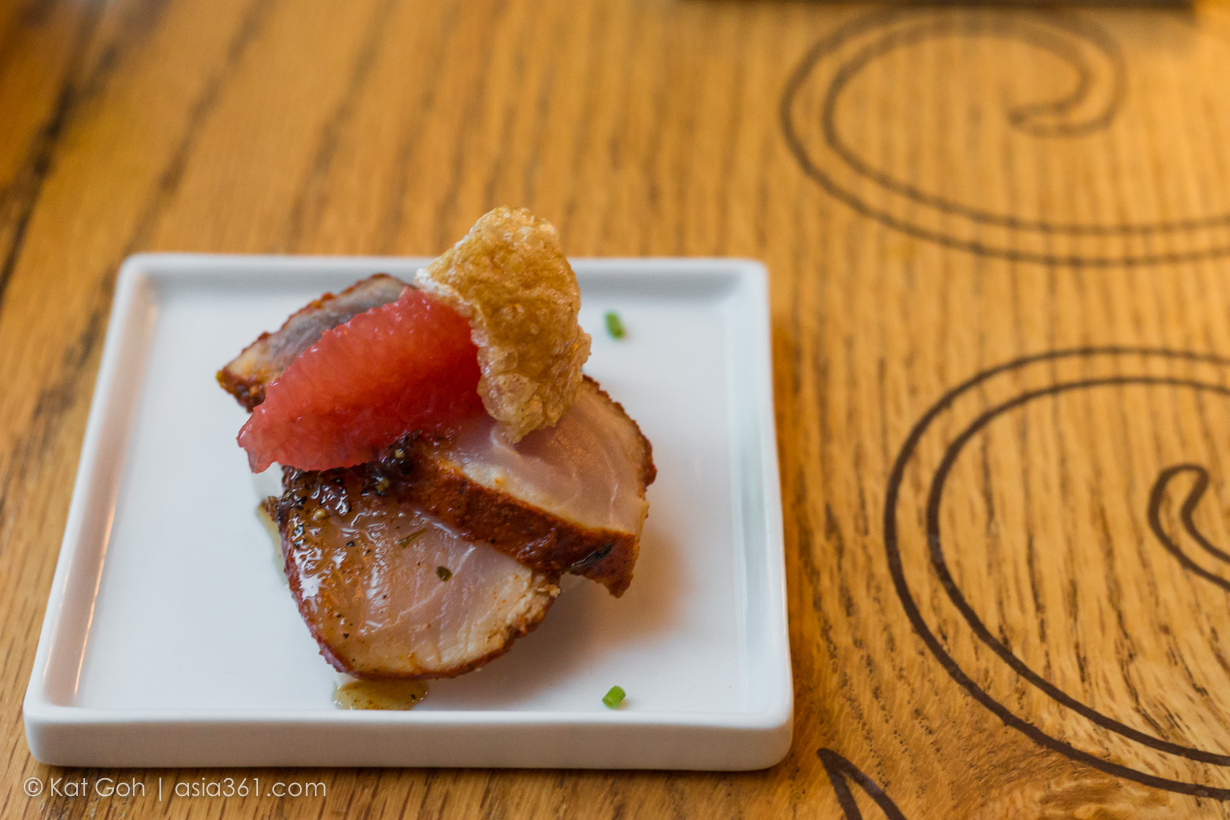 Other Kuruvita specialties include the popcorn prawn skewers, black pepper and curry leaf crab, and blue swimmer crab with chilli squid ink linguini. Chef Kuruvita began his passion for cooking in the kitchen of his grandmother’s home in Sri Lanka, and the Asian influences shone through in each of his creations. 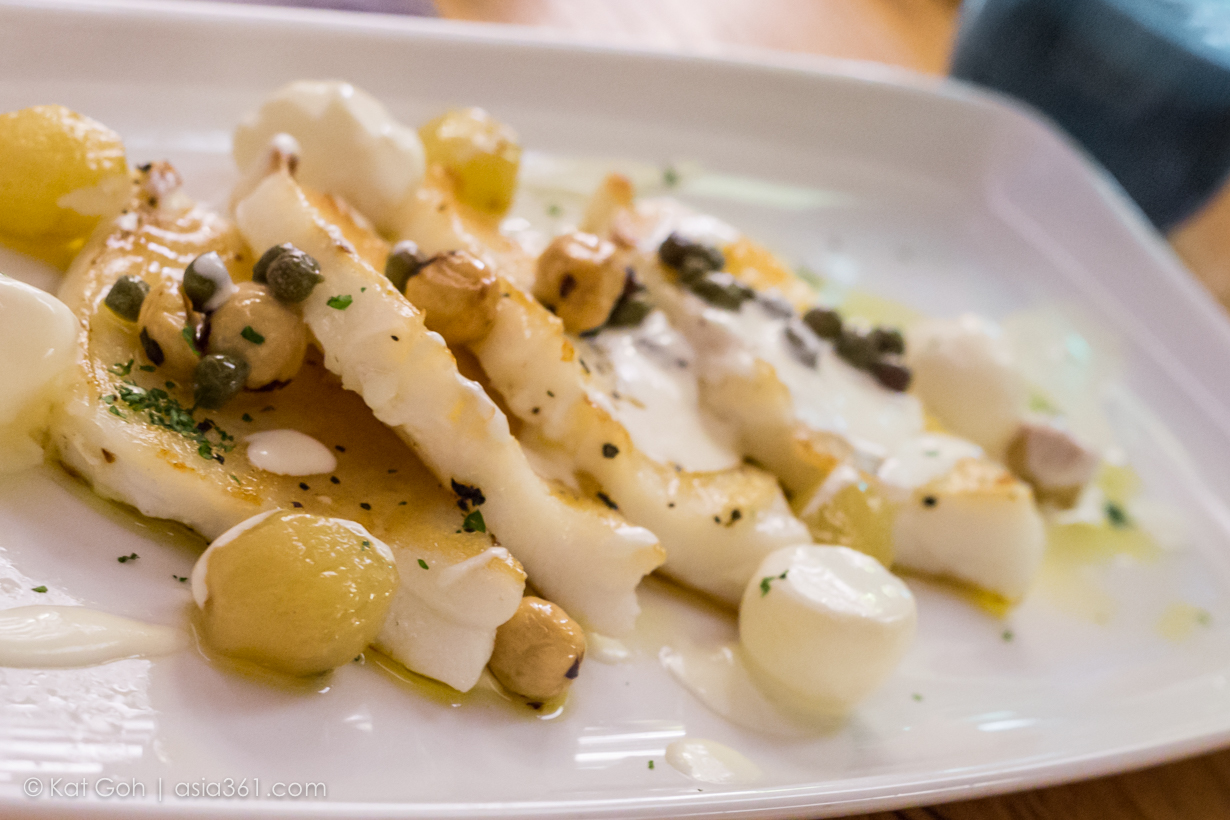 Chef Kuruvita uses the Patagonian Toothfish, one of the world’s most premium table fish, for one of his specialties.

The Kuruvita specialties did not appear much initially in terms of portion, but they proved to be pretty substantial. Despite having almost reached my threshold for the evening, I made an effort to try the other offerings at the live cooking stations. A particular dish I liked was the tandoori lobster tail, which I heard is very popular with many diners. For those who prefer something less heartier, there is a selection of salads, such as ceviche, lobster salad tuna, tartare salad.

This was one meal which I have eaten not only to my heart’s content, but in good conscience too.

‘Seafood from the Heart with Peter Kuruvita’ (S$85++ per person) is happening every Friday and Saturday, between 6 pm and 11.30 pm at The Kitchen Table, W Singapore – Sentosa Cove.