It’s that time of the year to lou hei again. But there are so many restaurant options to choose from. Where shall you begin? If you have a taste for spiciness, we recommend heading to Si Chuan Dou Hua for their Chinese New Year menus to herald in the festivities.

From 9 January through 5 February 2023, diners at Si Chuan Dou Hua can choose from a selection of Lunar New Year Set Menus. With a starting price of S$98++ per pax, it is affordable for groups of all kinds, from couples and small families to large gatherings. 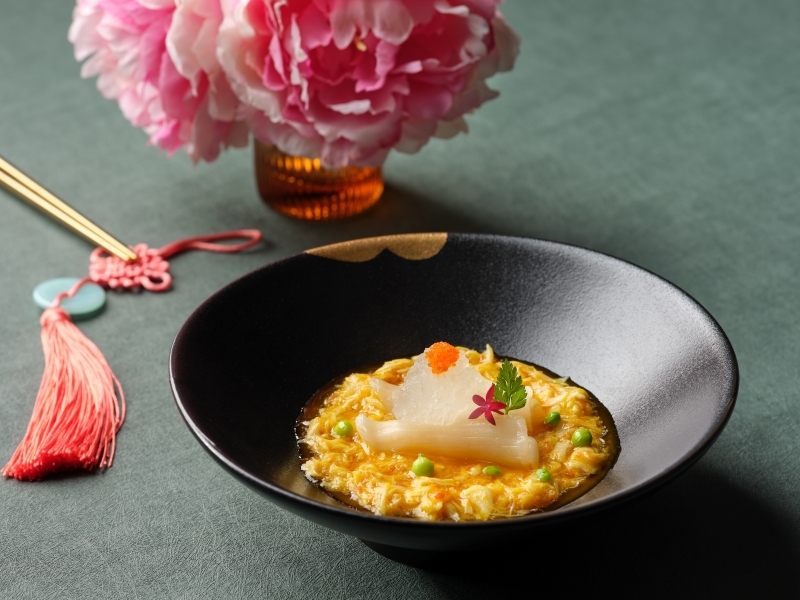 The King Garoupa with Fresh Sichuan Peppercorn is exclusively served at Si Chuan Dou Hua at the PARKROYAL on Beach Road. This dish consists of an Indonesian king grouper steamed with spring onions to bring out the fish’s natural sweetness before being scented with Sichuan peppercorn for a punch of heat and distinctive numbing spice. For extinguishing the flames, use a liberal amount of spring onion sauce, which tames the heat without sacrificing flavor. Doubling the gastronomic pleasure, the Spicy Sichuan-Style Lobster is prepared in the traditional Sichuanese fashion by deshelling the lobster and cooking it in a mixture of Sichuan chili peppers.

Braised Lobster with Fish Paste Noodles in Superior Stock is another outlet-only dish that is not to be missed since its springy fish paste noodles perfectly complement its medallions of succulent lobster.

Fervour comes with a bowl of Double-boiled Chicken Broth with Sea Cucumber, Matsutake Mushrooms, and Dried Scallops. This dish, which has been boiled for nearly four hours, combines the best of the sea’s sweetness with the earthiness of mushrooms and the silkiness of chicken collagen.

Revitalise your zest for good food with the Braised Bird’s Nest with Fresh Fish Maw in Crab Meat Sauce. The dish’s rich and creamy texture, infused with enormous umami flavours, is a departure from the conventional soup presentation but yet satisfies the same cravings. 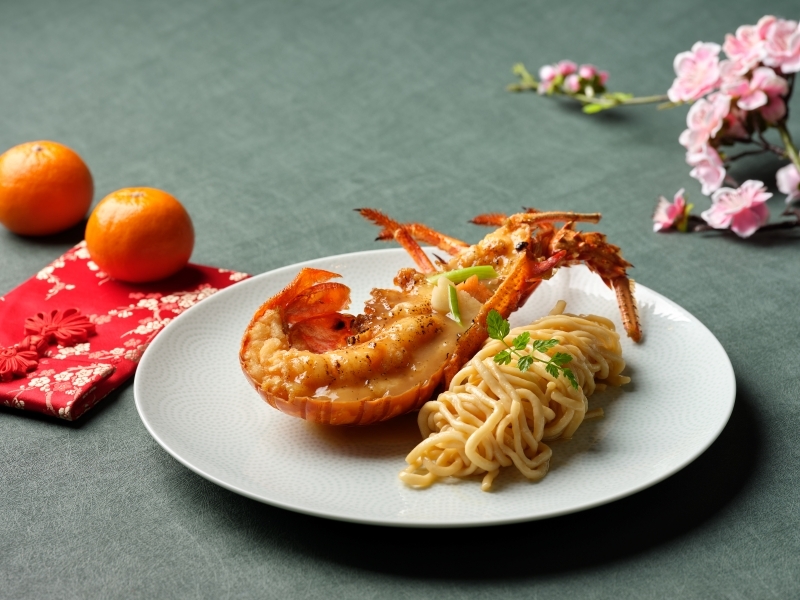 Take a big bite at the seafood dish of Braised 8-head Abalone with Hangzhou-style Pork Belly and Seasonal Vegetables. Superior sauce complements the pillowy soft pig belly and the bouncy abalones, which are further sweetened by a variety of vegetables.

Pan-fried Auspicious Nian Gao and Bunny-shaped Milk Pudding are a delightful way to round up the meal, and both carry the desire for a prosperous and sweet New Year in the Year of the Rabbit.

An Inclusive Lunar New Year with a Full Vegetarian Menu

Si Chuan Dou Hua offers a vegetarian set menu that will leave you feeling satisfied without weighing you down. At S$98 per person, it includes traditional Chinese New Year fare prepared without any pork, so you can celebrate in full good fortune without the guilt. 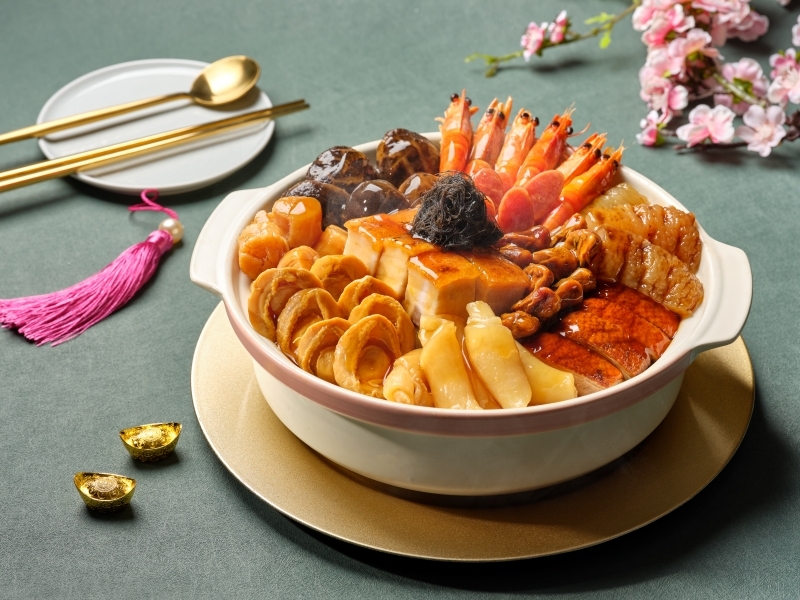 Start with some Double-boiled Bamboo Fungus and Mushroom Broth, a substantial soup, and some Perfect Harmony Vegetarian Yusheng to still toss to embracing auspiciousness. Then, you can step up to the more daring dishes like Braised Mock Fish in a traditional specialty sauce or Sautéed Monkey Mushrooms with dried chilli. Satiate your appetite with Fragrant Fried Rice with Black Truffle before ending things up on a sweet note with Pan-fried Auspicious Nian Gao and Bunny-shaped Milk Pudding.

Takeout and delivery options are available from Si Chuan Dou Hua so that you can enjoy the restaurant’s delicious cuisine in the comfort of your own home if that’s how you choose to commemorate this auspicious occasion. Prices for the available Yu Sheng start at S$68.