If there was one good thing to come out of the pandemic, it was the sheer amount of talent, cooking among others, that suddenly erupted in the public sphere from private spaces as people turned to new sources of income. This was exactly what happened for Renée Tang, who saw great success in her home-based food delivery business launched during this period. Numerous pop-ups later, Tang’s signature Jelebu Dry Laksa has made a monumental journey from her home kitchen in Jelebu road to an eponymous brick-and-mortar outlet at VivoCity, accompanied by a range of other creations with a contemporary twist. 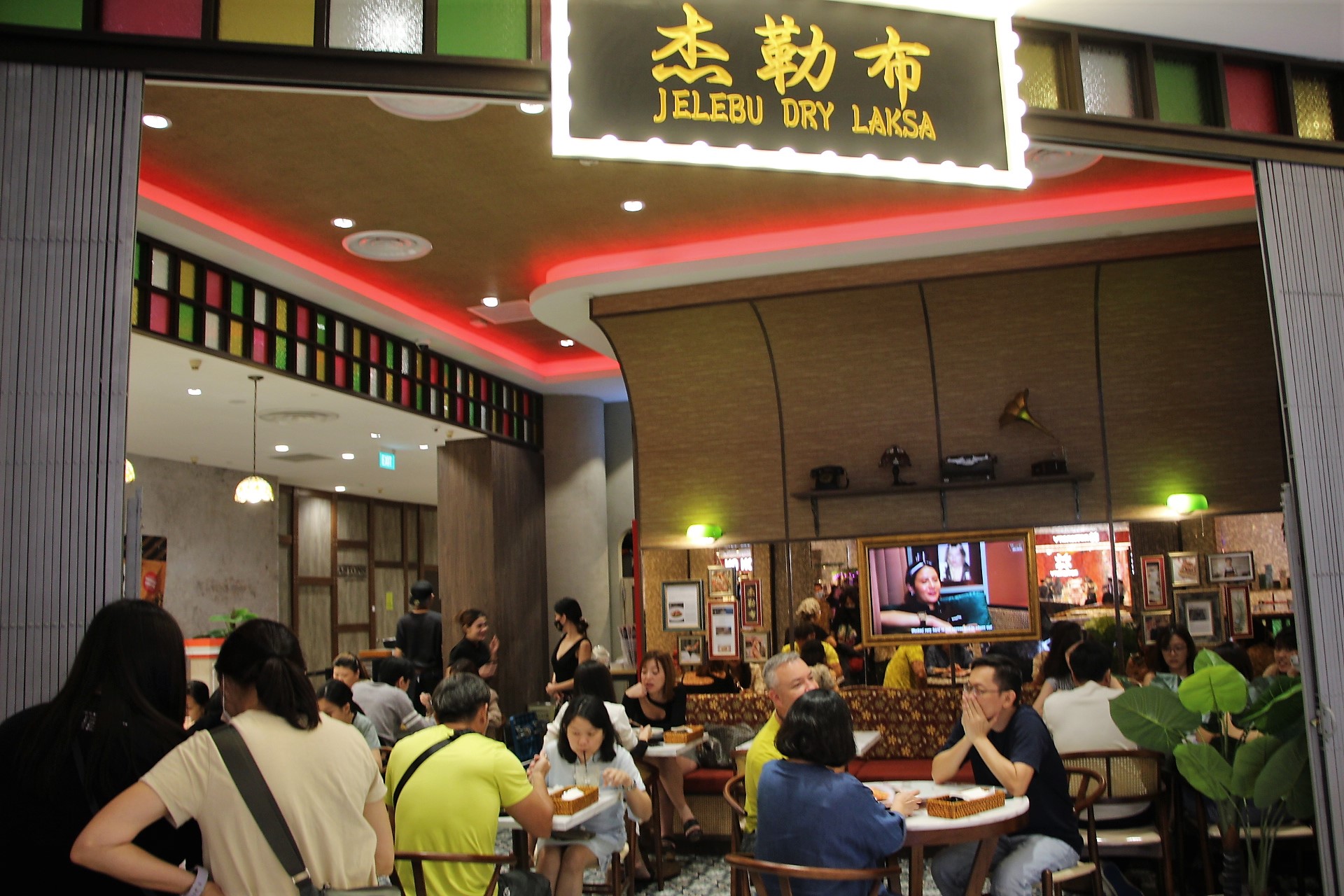 The young and aspiring chef Tang apparently went through quite a bit due to COVID-19 before starting her home business, including having a restaurant stint cut short and shelving her dreams to open a food truck in Los Angeles (L.A.). Well, L.A’s loss is Singapore’s gain. I have heard of people talking about an almost mythical dry laksa they discovered and ordered for gatherings at home, but have never had the chance to try it—until now. 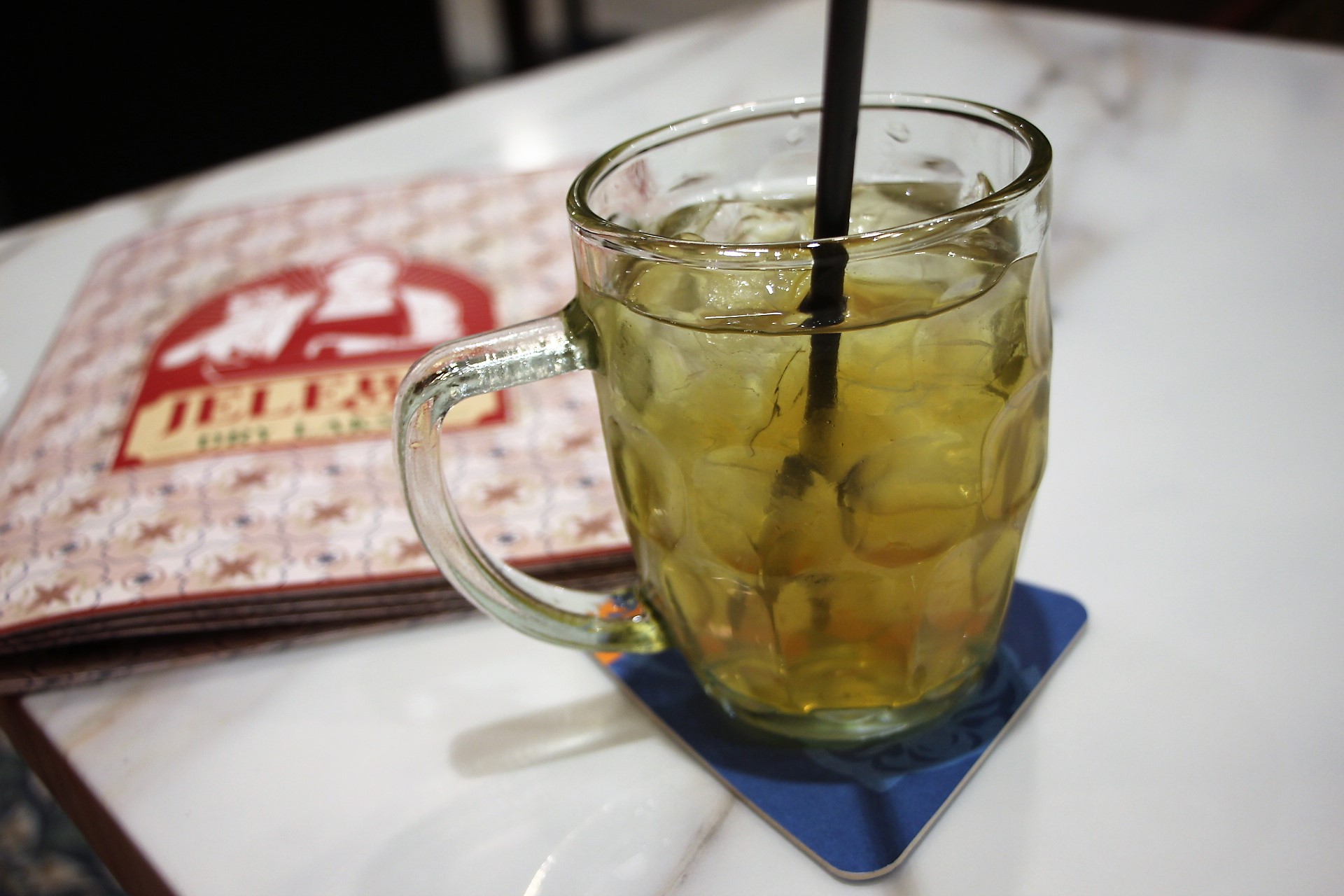 From the many starters, we tried the multi-textured Scallop & Otah Pillow and Larb Moo on Perilla Leaf (each at S$18++ for three pieces). The first was pure sea bliss in all its components, featuring a scallop on top of otah mousse and a nori cracker, topped with caviar. The crunch of the seaweed was a nice contrast to the creamy texture of the mousse.

Meanwhile, the Larb Moo is a mix of savoury and sweet, with Thai-spiced minced pork and pickled cherry topped with crunchy pieces of pork crackling. These two orders complemented each other in an West-meets-East, surf-meets-turf combination, though there are seven others to choose from including vegetarian options like Marmite Brussel Sprout and Carrot Cake Omelette. 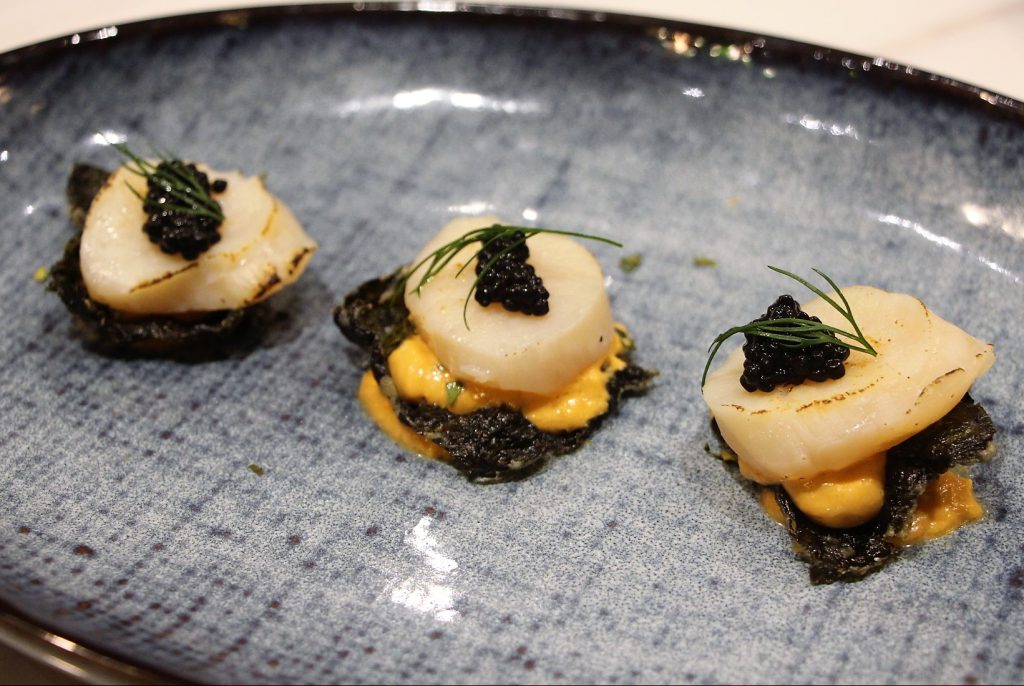 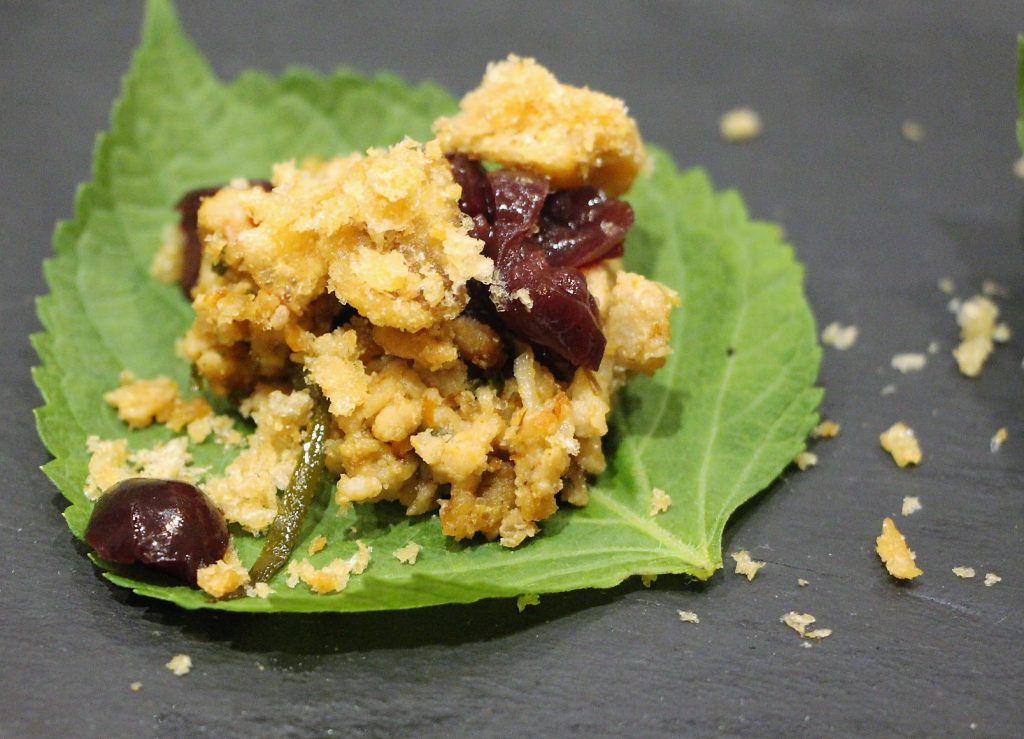 Next up was Tang’s signature dish I have been looking forward to for so long. We tried the Grilled Tiger Prawn Dry Laksa (S$18++). However, if the caviar in the starter has put you in the mood for luxury, you could also up the ante by going all out with the Butter-Poached Lobster version of this dish instead (S$38++ for half, S$56++ for whole).

Instead of the usual laksa soup, you get a dry version of al dente rice noodles, thinner than your usual hawker’s thick bee hoon, infused with the laksa gravy based on Renée’s secret rempah recipe with herbs and spices and a prawn and shellfish stock. I thought it was delicious and was particularly impressed the wet to dry adaptation left nothing out, and came replete with my favourite blood cockles (in other words ‘see hum’). Besides smoky charred prawns, the dish was also topped with tau pok, fishcake and crispy small ebi the size of dried shrimp but with heads and all, that I don’t often see here. 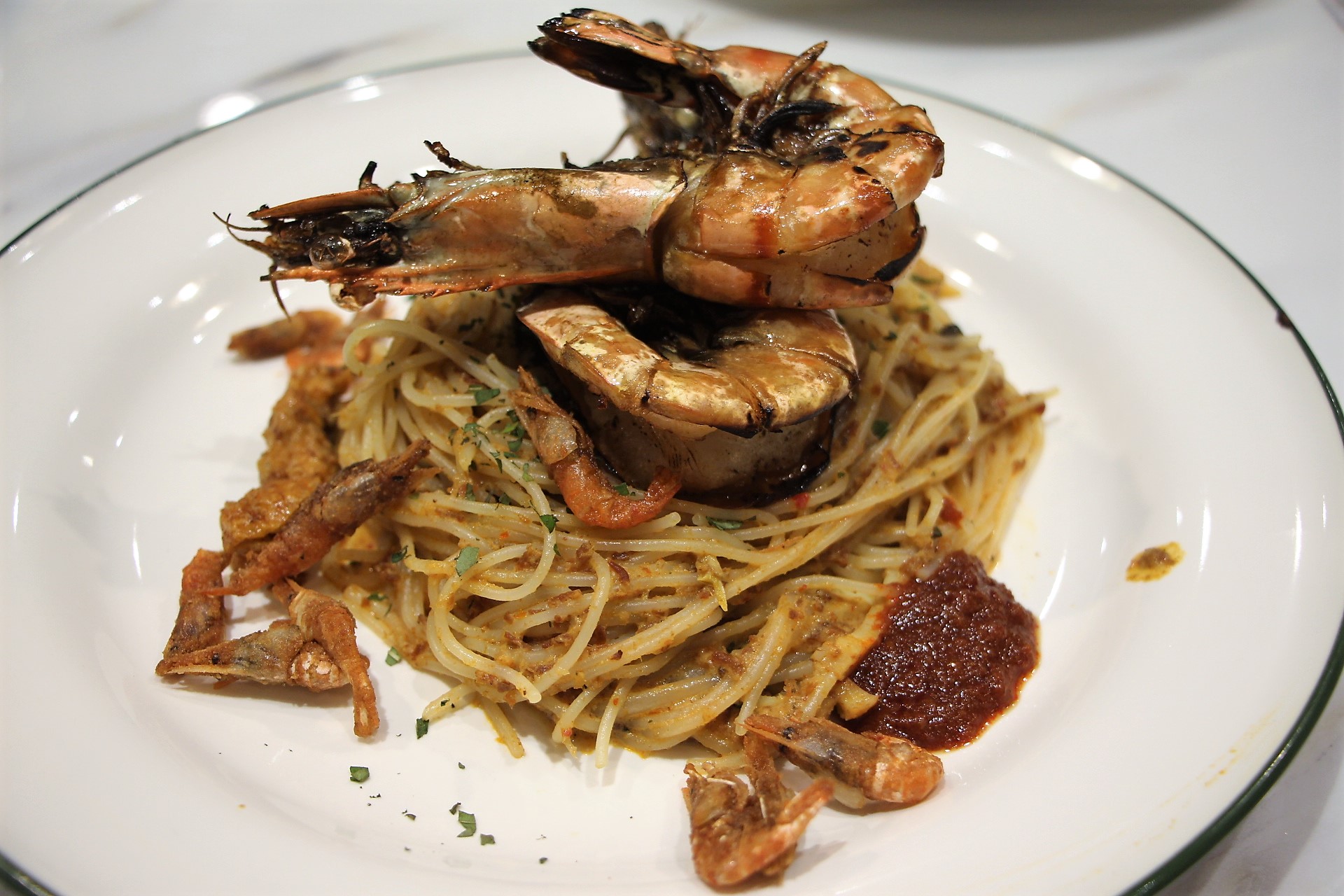 What came after, the Assam Barramundi Fillet won praise from everyone. I am not usually a fish person, and not a fan of sea bass varieties in particular. I thought the sauce was nice and tangy but not out of the ordinary. However, the cooking won me over by being perfectly executed, with the flaky flesh falling away from the layer of perfectly seared crispy skin, which I polished off. The fillet rested on a bed of brinjal and okra that was nicely done and charred at the edges. A sprinkle of crispy tau pok and julienned ginger flowers completed the dish. 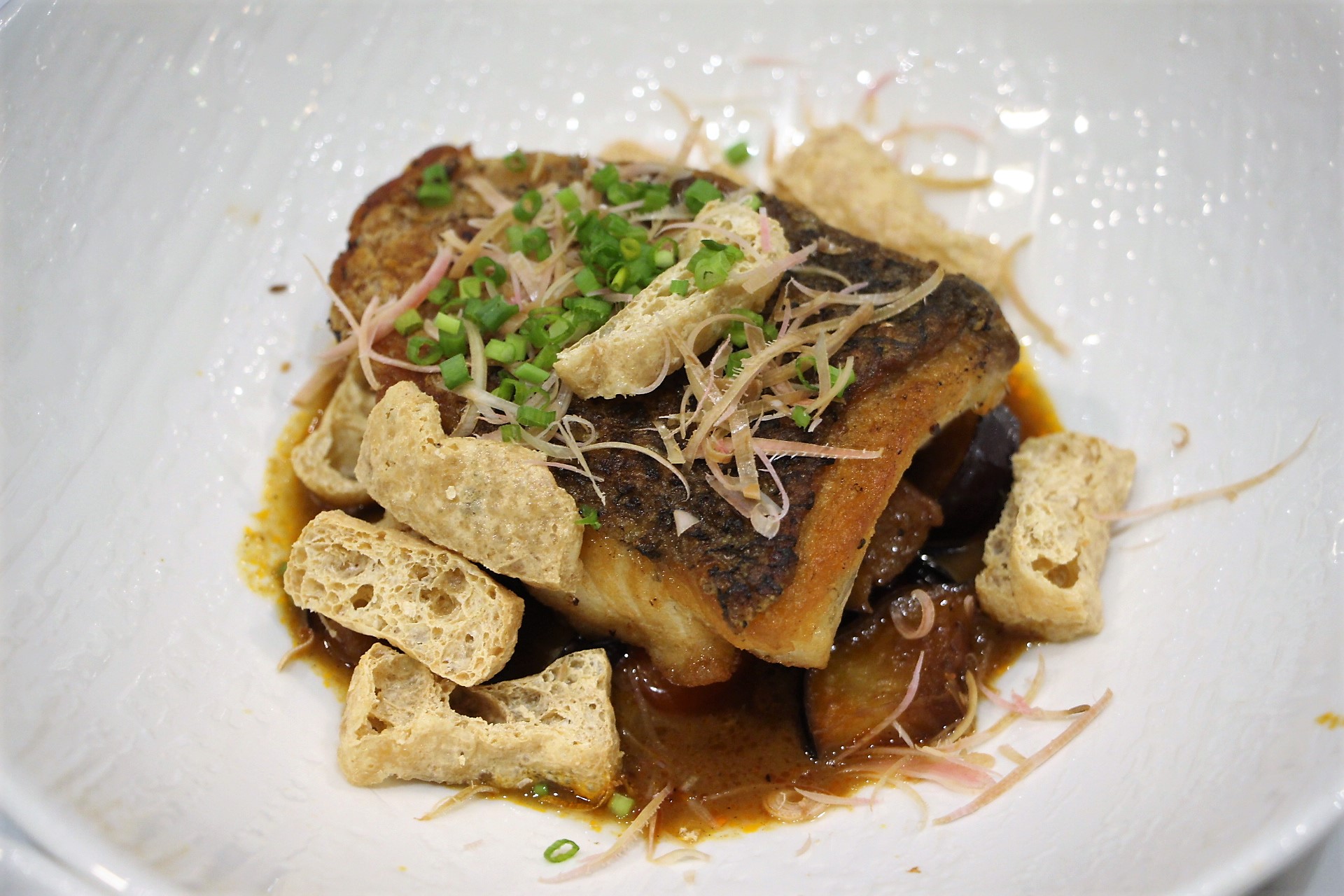 I found the next dish inventive and noteworthy. The Duck Confit Teochew Braised Risotto ($26++) comprises duck confit, with crispy skin and tender flesh falling off the bone, on a risotto inspired by Renée’s grandmother. The rice is drenched in a braised duck sauce with beancurd bits, made richer and creamy by stirring in the accompanying sous vide egg. And, you must top it with chilli for extra kick.

Although I felt this dish was a bit on the sweet side for me and could do with more salt to be more savoury, the perfectly done meat across portions on the table following the earlier barramundi confirmed the kitchen’s ability in consistent and excellent execution. 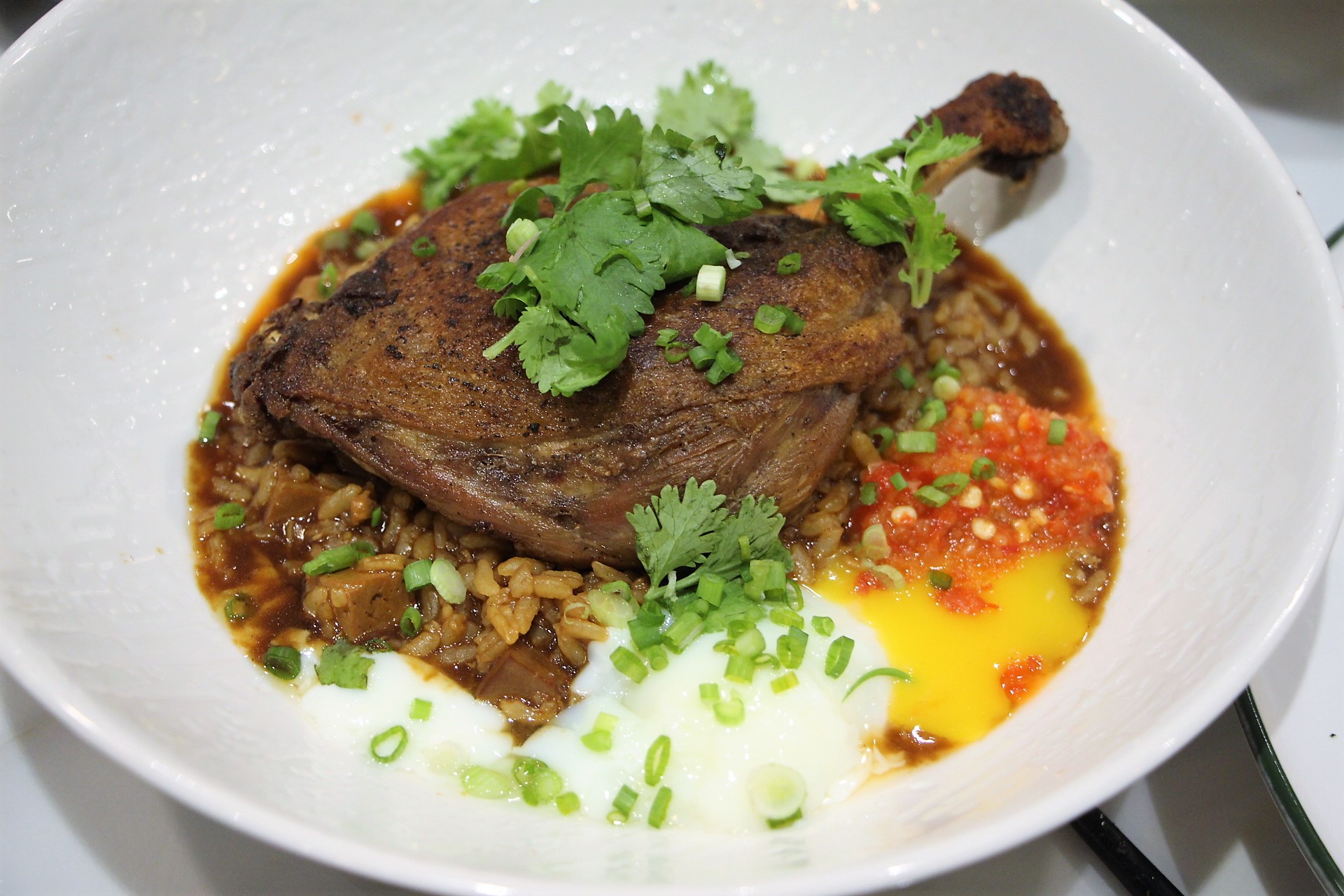 While I was seriously tempted by another fusion item on the menu, the Butter Chicken Mac & Cheese ($26++), I was by now absolutely stuffed and this is something I will savour on a separate occasion. We rounded off our meal with dessert in the form of Kaya Goreng (S$14++), a spin on kaya peanut toast. The dish consisted of coconut ice-cream that came with mini-cones filled with coconut mousse, topped with salted peanuts for a contrasting note. 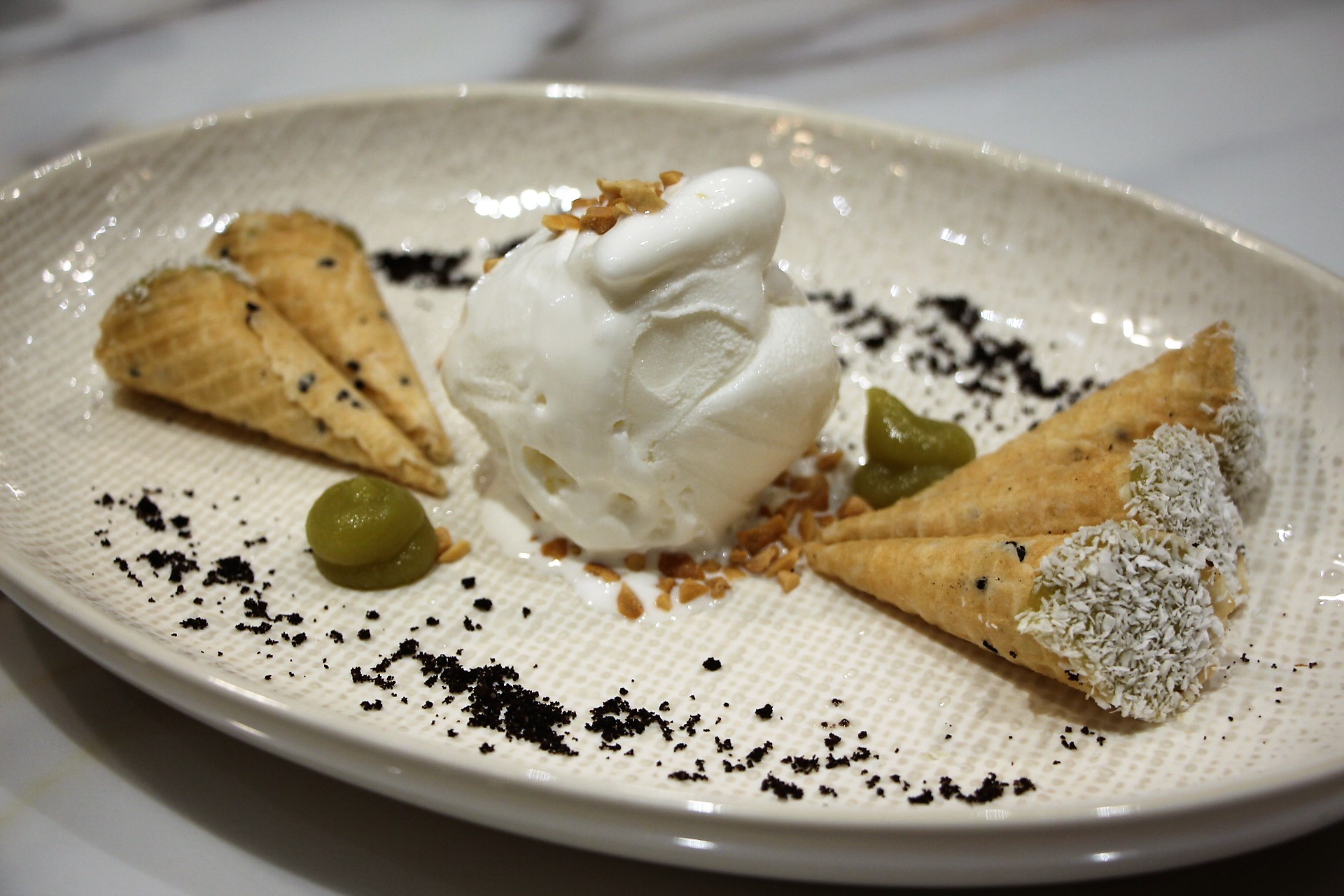 I was immensely impressed by my maiden visit to Jelebu Dry Laksa. For someone who doesn’t usually order food at home, I would make the trip to Vivocity to eat a plate of the dry laksa all by myself, and that is saying a lot for an east-sider. However, since the menu is extensive, I would rather recommend visiting in a group to try a smattering of everything to get the most out of the dishes without being overwhelmed by those on the more decadent and creamy side.

There were other dishes that caught my eye like the exotic-sounding Spinach & Cheese Wantons, as did the Shrimp, Luffa & Egg soup, which would probably help to wash down the richer dishes and prepare your palate for more.

Finally, Jelebu Dry Laksa is a Tipsy Collective restaurant. While I thought there could be more regular drinks (such as milk-based ones) and dessert concoctions for the menu, the alcoholic drinks menu more than make up for that. Cheers to a debut worth drinking to! 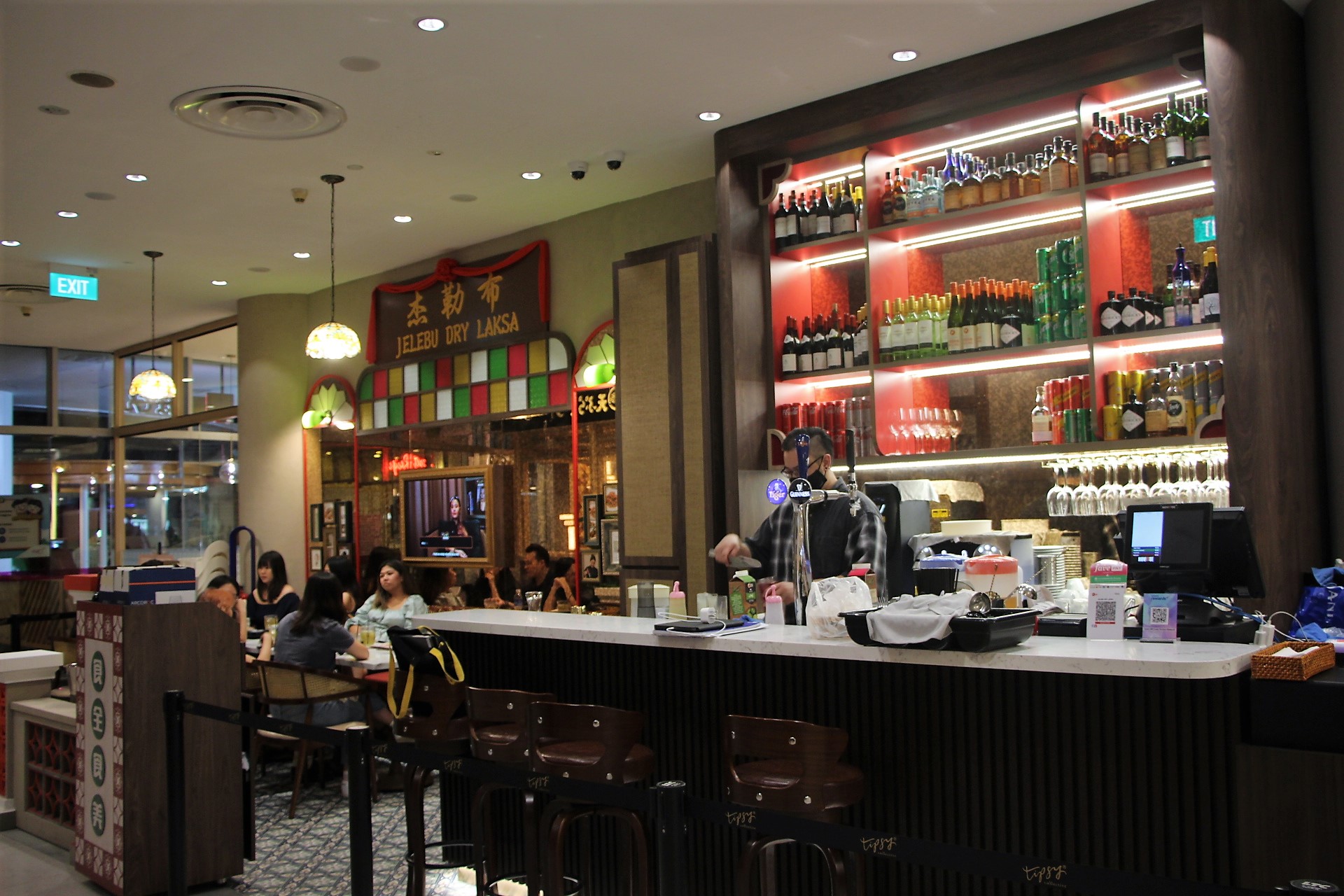