How often does one get to indulge in a meal cooked by a MasterChef winner? And make that the youngest MasterChef title holder in the world.

Kristina Nemčková recently made a one-night culinary appearance in Singapore for a by-invitation gourmet event at Eat At My Kitchen in Dempsey Hill on 28 July. The exclusive event – titled “Made by Kristina in Singapore” – was presented by Avventura, a creative-tech startup that designs immersive experiences that marry technology and innovation with arts, design, media and content production. At the age of 17, Nemčková was crowned the first female and youngest winner of MasterChef Czech Republic in 2019. She graduated from the prestigious Le Cordon Bleu Academy in London with a Grand Diplôme last year and currently works as a Demi Chef at two-Michelin-star Restaurant Story in London, UK.

Nemčková is known to adopt a contemporary approach towards traditional dishes, interpreting traditional Czech recipes in her own unique way. The juxtaposition of modern and traditional shone through the dishes she presented during the one-night gourmet event. 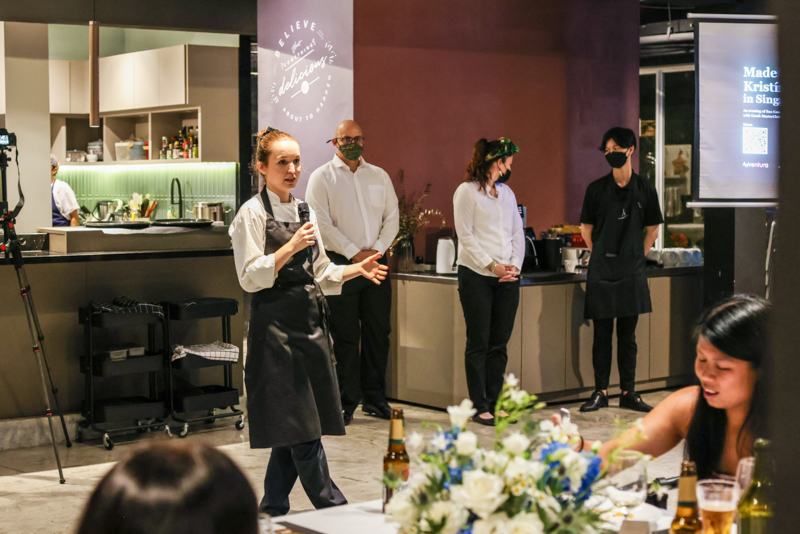 One of the favourite ingredients of the Czechs in the kitchen is mushroom and Nemčková showed her love for this ingredient in Pstruh na houbách – her appetiser to kick off the evening. ‘Pstruh’ simply means ‘trout’ and ‘na houách’ means ‘with mushrooms’ in Czech language. The dish traditionally a main dish but Nemčková has put her own take on the dish and presented it as an appetiser, pairing the trout with onion mousse, mushrooms and egg yolk. 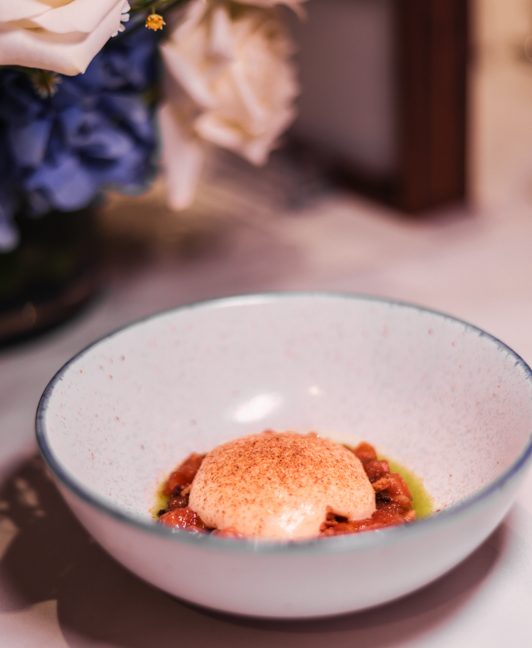 The next dish found favour with the guests at my table, including myself. Tarhoto is Nemčková’s version of Tarhoňa, a well-known risotto dish commonly found in Hungary and Central Europe and prepared as a side dish to stew. The original dish is rustic but Nemčková elevated her version with dill and burnt lemon, bringing about a sweet and bright flavour. 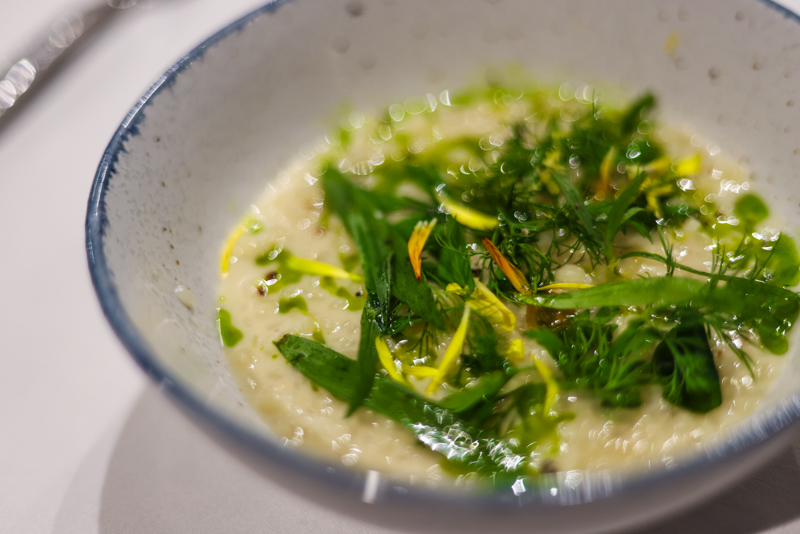 The main dish of the evening is Svíčková na smetaně, which translates as beef sirloin in cream sauce. This is a hearty dish that is typically eaten during the cold winter months in the Czech Republic. The traditional version pairs beef with a variety of root vegetables. But for Nemčková, she served up a deep and rich slow-cooked sirloin beef with roasted vegetable puree and Carlsbad dumpling – a traditional Czech bread dumpling. Those who have travelled to Slavic countries may have come across the classic Honey Cake or Medovnik. Nemčková showcased this layered cake with a twist by adding a drizzle of miso and sea buckthorn to round off a unique gastronomic journey for guests that evening. 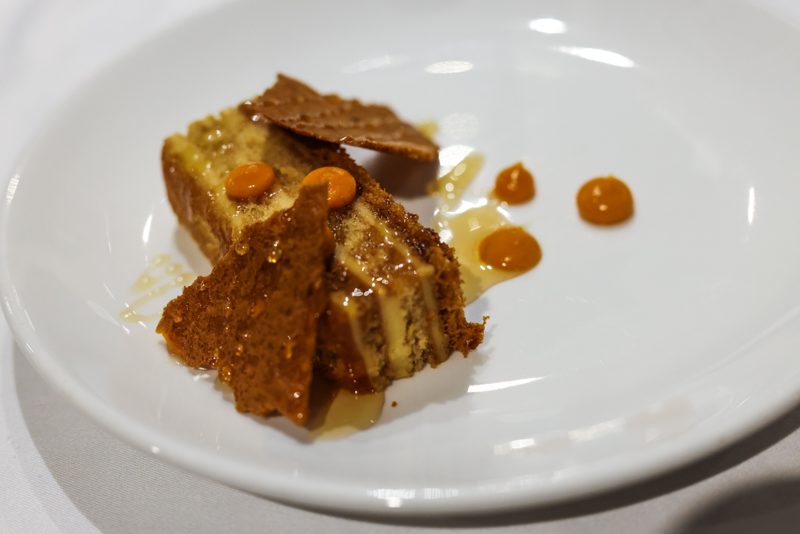 The classic honey cake gets a twist with sea buckthorn and miso. Photo © Asia 361

“Made by Kristina in Singapore” is a prelude to Kristina Nemčková’s return to Singapore in November 2022. For more information on the event in November, visit Avventura’s website.