What's On
You are at:Home»Lifestyle»Go ‘All Out’ and Clock Your Fastest Mile with Under Armour this June
By Fen Chia on May 16, 2022 Lifestyle, Singapore

When it comes to running, the mile – equivalent to about 1.609 kilometres – is a mythical distance that has legends surrounding it. For decades, it seemed virtually impossible to complete it under four minutes–or so people thought, until Briton Roger Bannister achieved that historic feat in 3:59.4 minutes in 1954. The irony of that achievement was that just a few months later, another runner did a sub-4 mile and another 10 did within the next three years. Bannister had smashed not only a athletics record; he had also broken through a collective psychological barrier among his peers.

For that reason, the relatively short mile has been seen as a great all-in test of one’s mental strength and running tactics, together with physical fitness. It is also an appealing distance that is accessible to all regardless of running experience or age. Why not challenge yourself to beat your old 1.6km record by participating in the Under Armour All Out Mile from 1 to 5 June 2022?

Over the month of May, runners will be motivated and coached by Under Armour’s virtual training plan to clock their fastest mile. This is the All Out Mile’s first appearance in Asia, after its inaugural edition in the United States last year. Check out the MapMyRun app for the training plan that is already available and connect your account to FitRankings during registration for a shot at prizes. You can then go ‘All Out’ to complete your run from 1 to 5 June, joining participants from 14 countries worldwide. Only runs clocked during that period will be taken into consideration, with results announced on 10 June. There are attractive prizes to be won, and participation is free.

The team with the most participants to run the All Out Mile will win a USD$10,000 donation to the sports charity of their choice.

The top three male and female Milers from the region (Singapore, Malaysia, Thailand, Australia, New Zealand, the Philippines, Indonesia) will receive the following cash prizes in addition to USD$250 worth of UA gear:

As an amateur but enthusiastic runner who does 5km at least twice weekly, I recently took part in a recent Under Armour running workshop conducted by Coach Ben Pulham. I appreciated the shift in approach that mile training requires. It is a compact and snappy distance, and very efficient in our time-pressed society, while enabling you to push yourself hard through high intensity training. We did a relaxed two rounds around the track, after which Ben took us through a series of drills to improve our cadence and running form, including strides, butt kicks and bounding.

The harder part came later, when the group was told to run five rounds around the track, going easy at the curves and pushing to 80% to 90% of our capability at the straight. Training should step up in difficulty as a runner approaches event day – which in this case is Global Running Day on 1 June. I was in fact already panting after our warm-up laps and drills and truly had to dig deep when it came to the five rounds.  Ben pointed out that many of us were not going ‘easy’ when we were supposed to, which prevented us from going ‘all out’ when it mattered. It takes discipline and experience to tell because there’s a disjunct between how fast we think we’re going and how fast we’re actually going.

Ben also highlighted the value of time-based training, rather than distance. I had always thought ‘the more the merrier’. When you run far during regular training, you get more impact that strains parts of your body like your knees. Alternatively, you can do a higher intensity workout during a shorter time that efficiently pushes you as much or even more so, and that is the kind of training suitable for the mile. 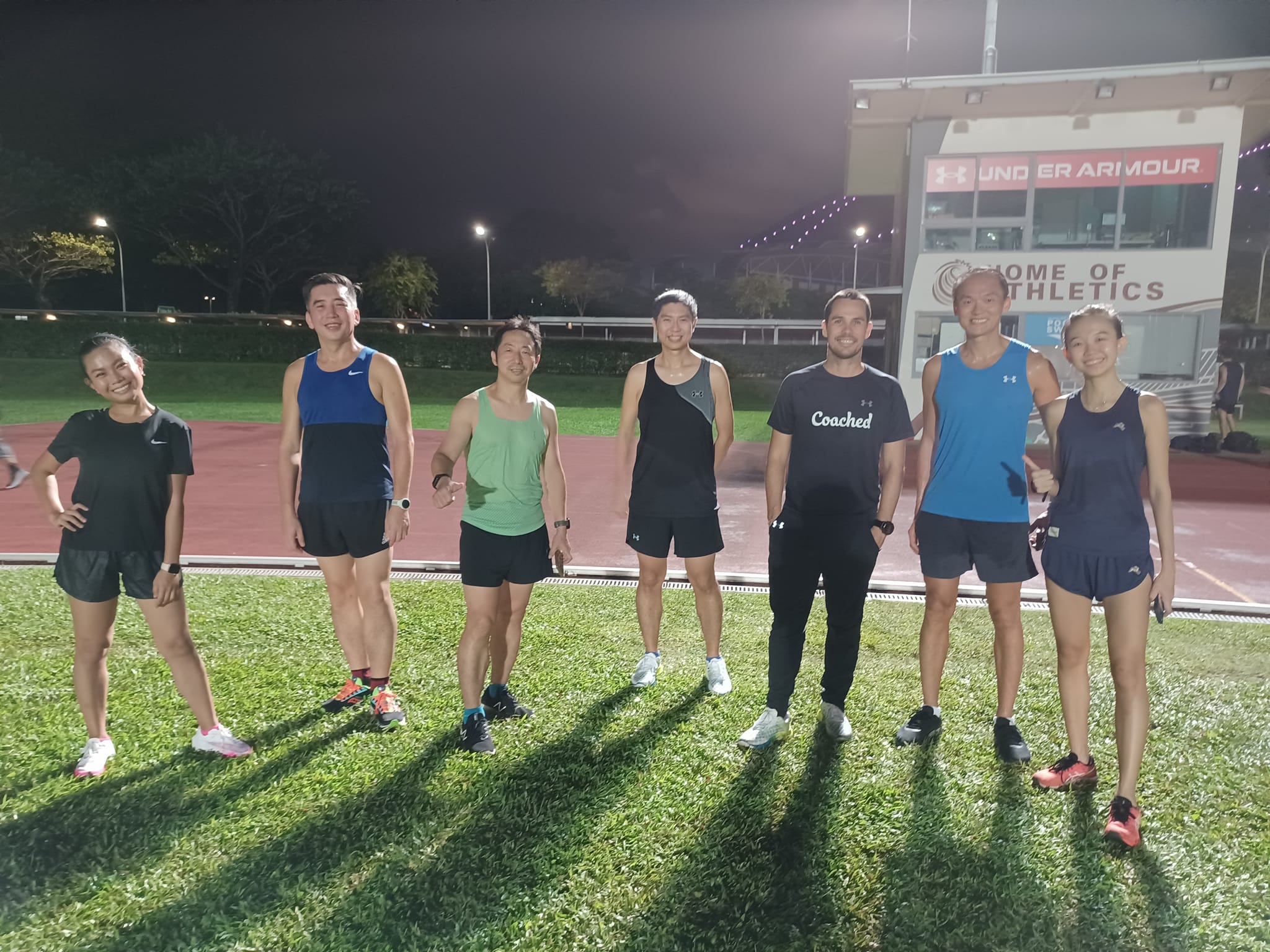 I am now paying more attention to doing my drills properly and trying out higher intensity workouts, as I need to hone my fast twitch muscles that are more essential for shorter bursts of running like the mile. I will not have to run too far, and I do hope to run a great mile, even if not a very fast one and attain a higher fitness level.

How to participate in the Under Armour All Out Mile

Sign up via the MapMyRun app, which is available on the Apple App Store and Google Play. Registration is free and will automatically grant runners to a free three-month UA MapMyRun MVP membership, where they can log miles and access exclusive training plans and video tips throughout their journey to compete.