What's On
You are at:Home»Entertainment»Notre-Dame de Paris Cathedral is ‘Rebirthed’ in Singapore at Alliance Française
By Fen Chia on April 29, 2022 Entertainment, Singapore

On 15 April 2019, a huge fire engulfed the Notre-Dame de Paris cathedral, one of the most iconic landmarks of France and a masterpiece of Gothic architecture. Though badly damaged, the cathedral survived and will reopen to the public in 2024 after extensive reconstruction.

Alliance Française de Singapour has unveiled (Re)births, a comprehensive exhibition on the restoration and history of the cathedral that will run until 15 June 2022. With its construction dating from way back in the 12th century, Notre Dame is home to some of the most important relics of Christendom. Its romanticism in popular culture continued to endure with Victor Hugo’s novel The Hunchback of Notre Dame in 1831 and subsequent film and theatre adaptations even today. The main exhibition at  Alliance Française presents the cathedral’s history in 3D models, virtual reality (VR), videos, photographs and computer-generated images that look at the origins of the cathedral’s construction from the first stone to the renovation site. 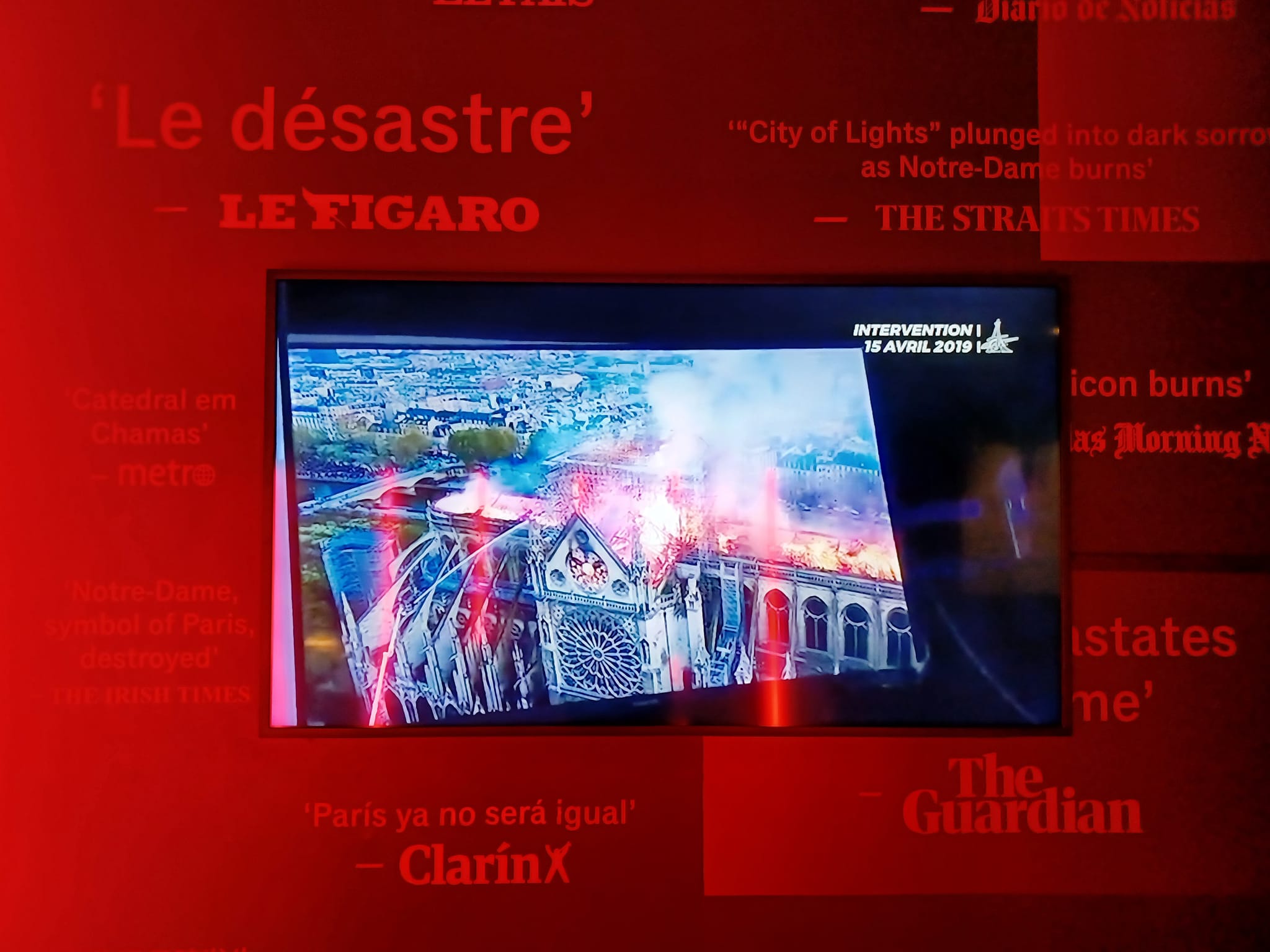 The 2019 fire was not only a national tragedy, but its impact was felt worldwide and drew global support in the restoration process. Photo © Fen Chia. Global efforts ranging from academics and technical partners were involved in 3D modelling and digitalisation of the cathedral. Photo © Fen Chia. 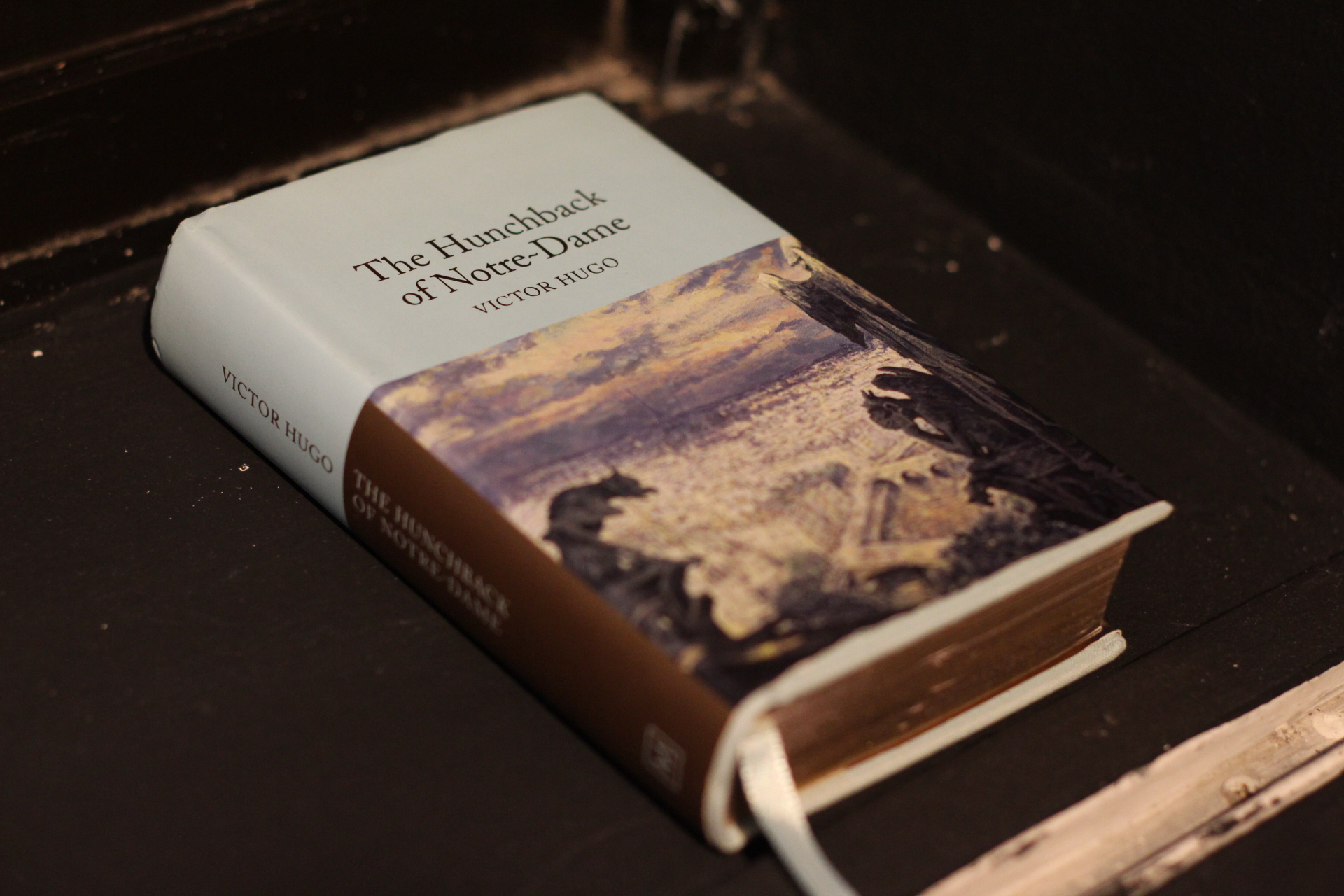 The exhibition features a huge 1:100 scaled model (1.5 meters long) of the cathedral, that had to be split into 55 individual parts and printed over the span of 3-weeks. Photo © Fen Chia.

The exhibition taps on technology and interactivity to bring you close to Notre Dame despite it being 10,000km away. One key highlight is a historical VR tour of the cathedral called “Notre Dame de Paris: Journey to the Past”, borne out of 5,000 hours of graphic work and research by French game developer Ubisoft. The graphic work was initially used to develop a game under Ubisoft’s flagship game Assassin’s Creed series. Some parts that you’ll travel to virtually are not usually accessible to the public, even if you intend to make the trip to Paris! 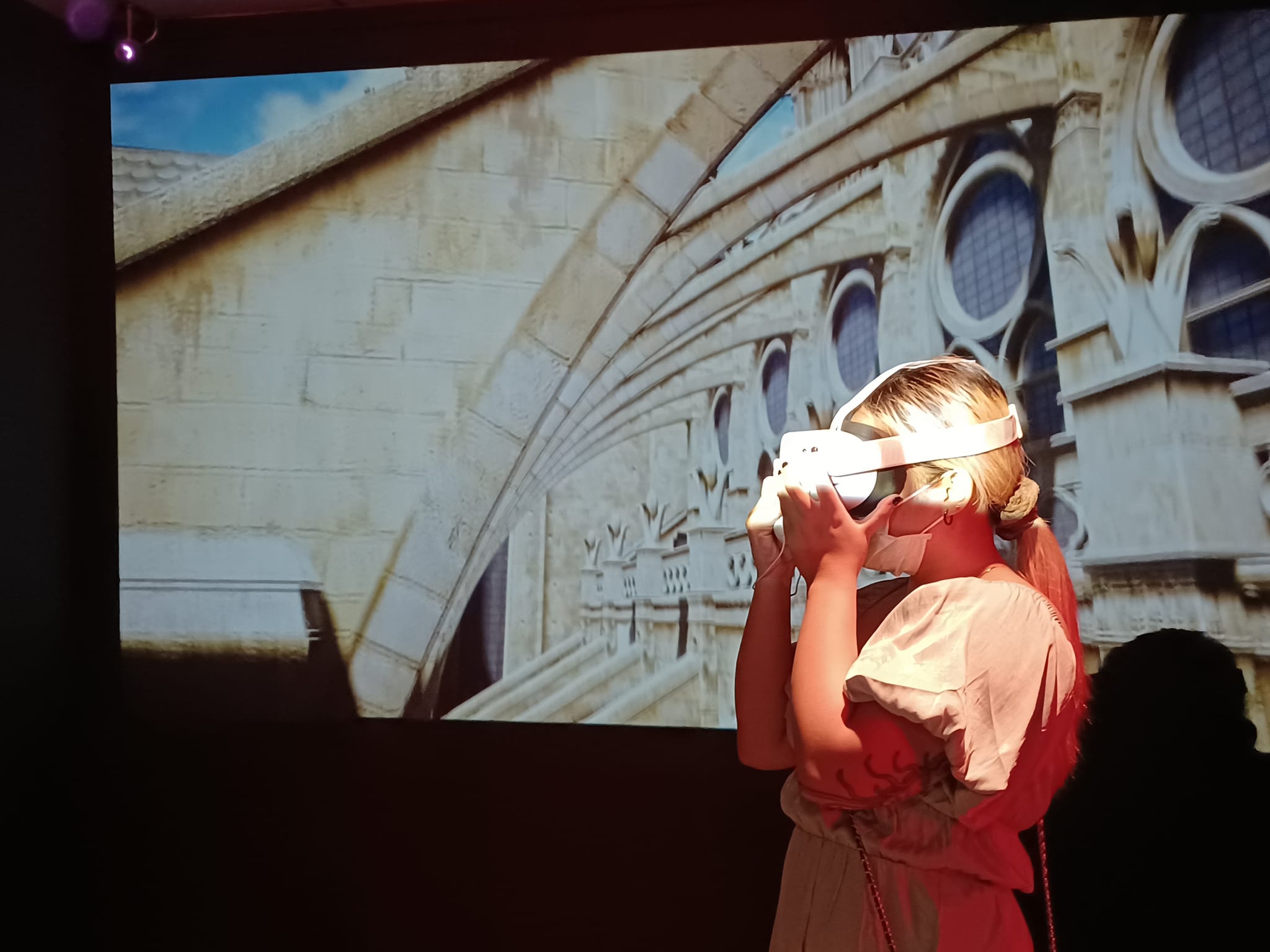 The Ubisoft experience offers the possibility of rediscovering the cathedral from different points of view, some which are inaccessible to the public such as the roof or the flying buttresses. Photo © Fen Chia. Singapore University of Technology and Design students visited Paris to get inspired and learn lessons about restoration. Photo © Fen Chia.

(Re)births is part of ‘French Excellence’, a programme series created by Alliance Française to share the best of French culture with the local community and inspire dialogue, which has covered other topics like etiquette, ballet and art. The showcase on Notre-Dame thus features not only the exhibition, but also multiple concurrent complementary events for a holistic perspective.

Admission to the exhibition is free, while others may be payable. For more information, visit the website of Alliance Française.