What's On
You are at:Home»Eat & Drink»Have Yourself a Persian Little Christmas at Shabestan
By Fen Chia on December 17, 2021 Eat & Drink, Singapore

Christmas is coming. The feasting has begun as restaurants and hotels start rolling out their Yuletide buffet spreads. But instead of having your usual fill of the usual suspects like turkeys, hams and log cake, why not try something a little different this year? If you are game for a taste of the Middle East, head down to Shabestan Singapore for its Persian Festive Menu, available from 25 to 31 December 2021. 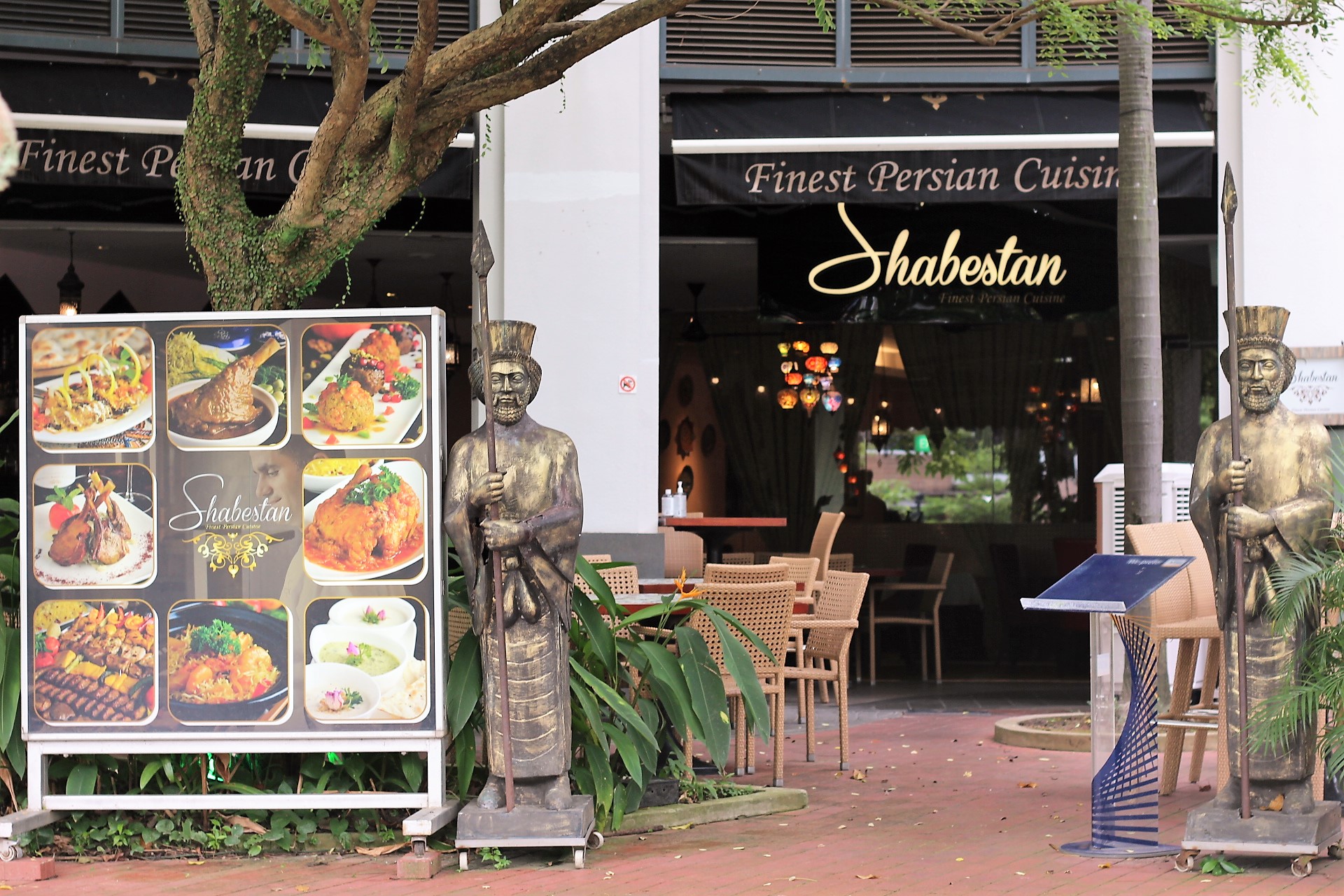 Shabestan is one of very few places in Singapore where you can have an authentic Persian meal. Photo © Fen Chia.

This December, Shabestan’s executive chef Hany Moustafa has concocted a five-course dinner that will take you on a sensory journey to Iran that no Vaccinated Travel Lane can. Priced at S$88++ per person, this festive menu is only for dine-in, although the restaurant usually has other menu items available for delivery. 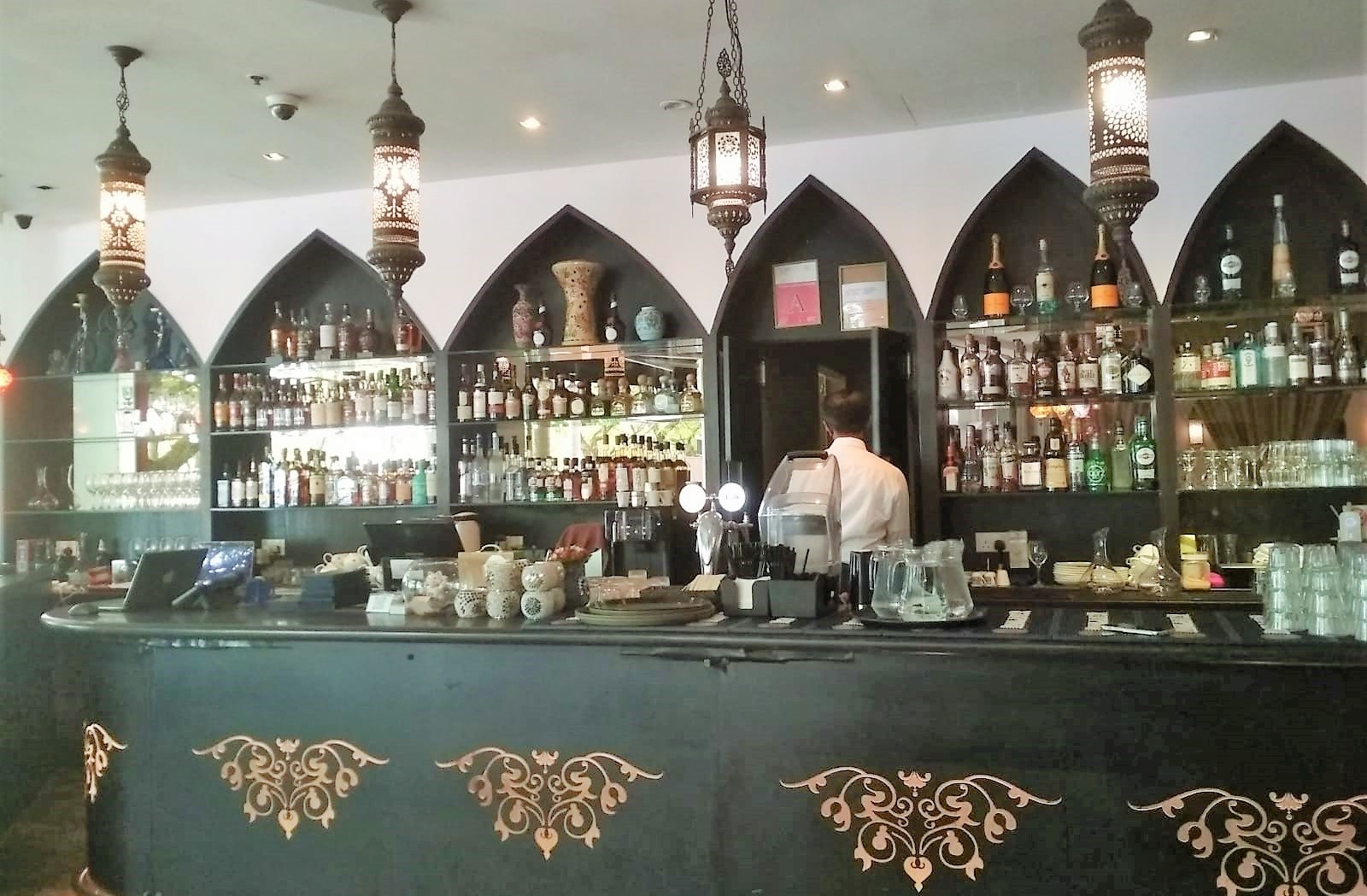 Awaiting our first course, I chatted with General Manager Madan Kishor over tea, which is the drink of choice for Iranians. Although it is often served in restaurants after the meal as a digestif, tea is drunk in Iran throughout the day, very hot, almost always black and in small glasses. I took my tea with mint leaves, though at times Iranians flavour it with saffron, rose, cardamom and other spices. 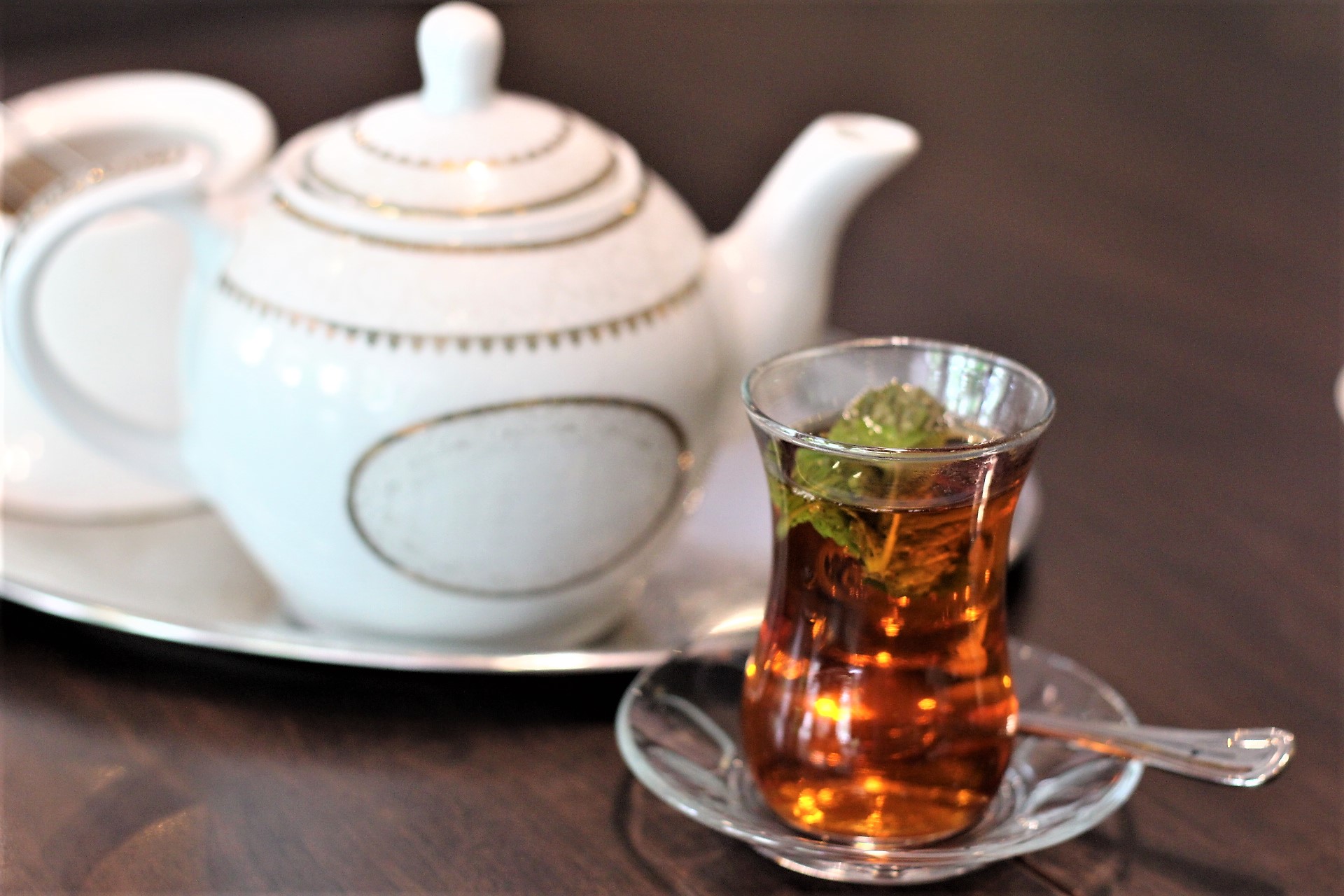 My meal kicked off with ‘Salad-eh Adas’, Chef’s Beetroot Salad with Lentils. A mix of fresh beetroot, lentils and eggs was topped with a delicious dressing I couldn’t identify, though I was told it contained Golpar, or Persian Hogwood. Shabestan sources many of its ingredients like spices and dried fruit from Iran. This first course of beetroot was a good example of how the Persian table is hearty with rich flavours, yet healthy in its preparation. 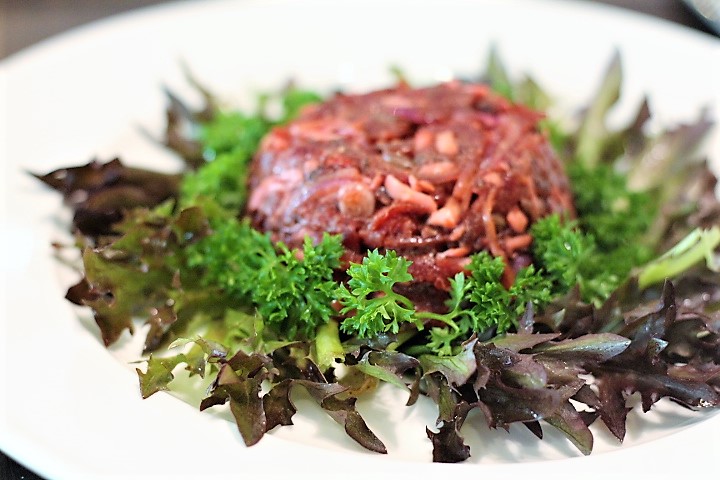 The next dish was ‘Sambuseh’, or Persian Samosas. At first glance, the samosas looked very substantial, given their stuffing of lentils and potatoes with a touch of Persian spices. However, I was surprised with each bite that they were light and not greasy at all. On hindsight, I could have eaten several if I had not deliberately saved my appetite for the mains.

The samosas were paired with a classic garlic yoghurt sauce, a perfect cool accompaniment to the hot dish. Madan took the chance to let me try Shabestan’s excellent house-made chilli sauce with spices, which he said is especially popular with those ordering kebabs. When we were done, I insisted on reserving the sauces for my next course! 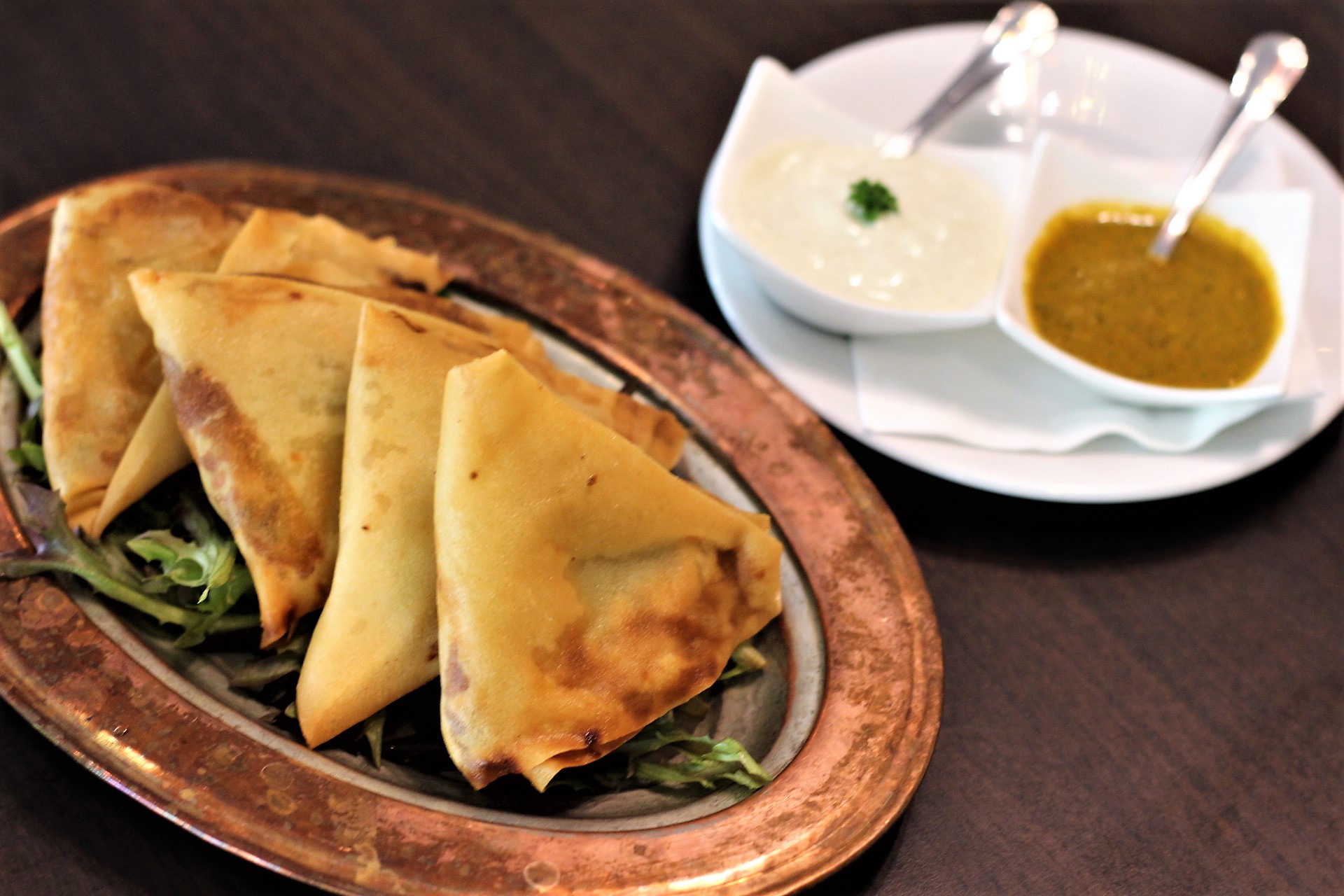 The next two dishes were mains that pair each other. The ‘Shirin Polo’ (Persian Jeweled Rice) is a rice pilaf dish eaten on special occasions like Persian weddings or Rosh Hashanah (Jewish New Year). The long grains are flecked with raisins, carrots, onions and pistachios, among others, rendering the dish slightly sweet. The long-grained rice is steamed, yet another demonstration of how Persian cooking is quite healthy with its reliance on a lot of steaming, grilling and slow cooking.

Madan pointed out that Shabestan also manages to cater to a wide range of diets like vegan, gluten-free, for visitors–this Shirin Polo, for example, is in itself a standalone plant-based dish. Together with the rice, we were served ‘Khoresht-e Kadoo Tanbal’, Pumpkin and Lamb Stew, in which seared lamb was slow-cooked for hours until very tender in a tomato-based sauce. It accompanied the rice beautifully. I appreciated the use of sweet flavours amid the savoury dishes. 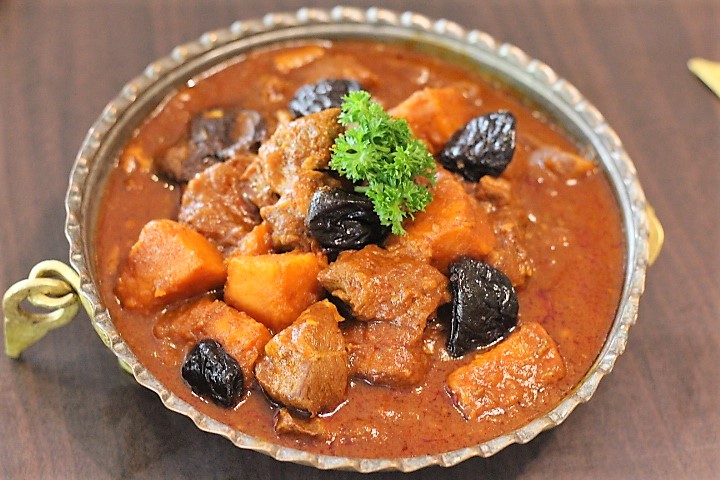 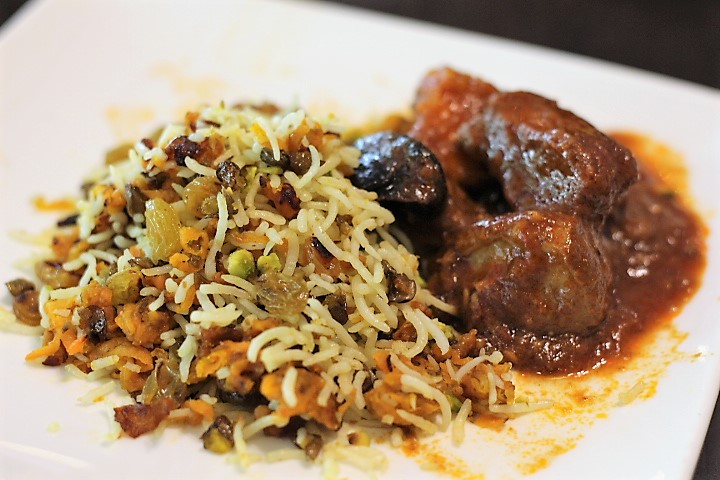 A good pairing of rice to mop up the thick sauce in the stew. Photo © Fen Chia.

We arrived at dessert, and I was not surprised at all to see pomegranate, which is native to Iran. It was a cheesecake that was topped with pomegranate sauce and bejewelled with pomegranate seeds. While it was a tad too sweet for me, the tartness from the fruit did provide balance, as did the salt from the cheese.

The pomegranate is often associated with fertility, abundance due to its shape and many seeds. It is also known for its high antioxidant value, so this is yet another feather in the ‘healthy’ cap for Shabestan’s menu. 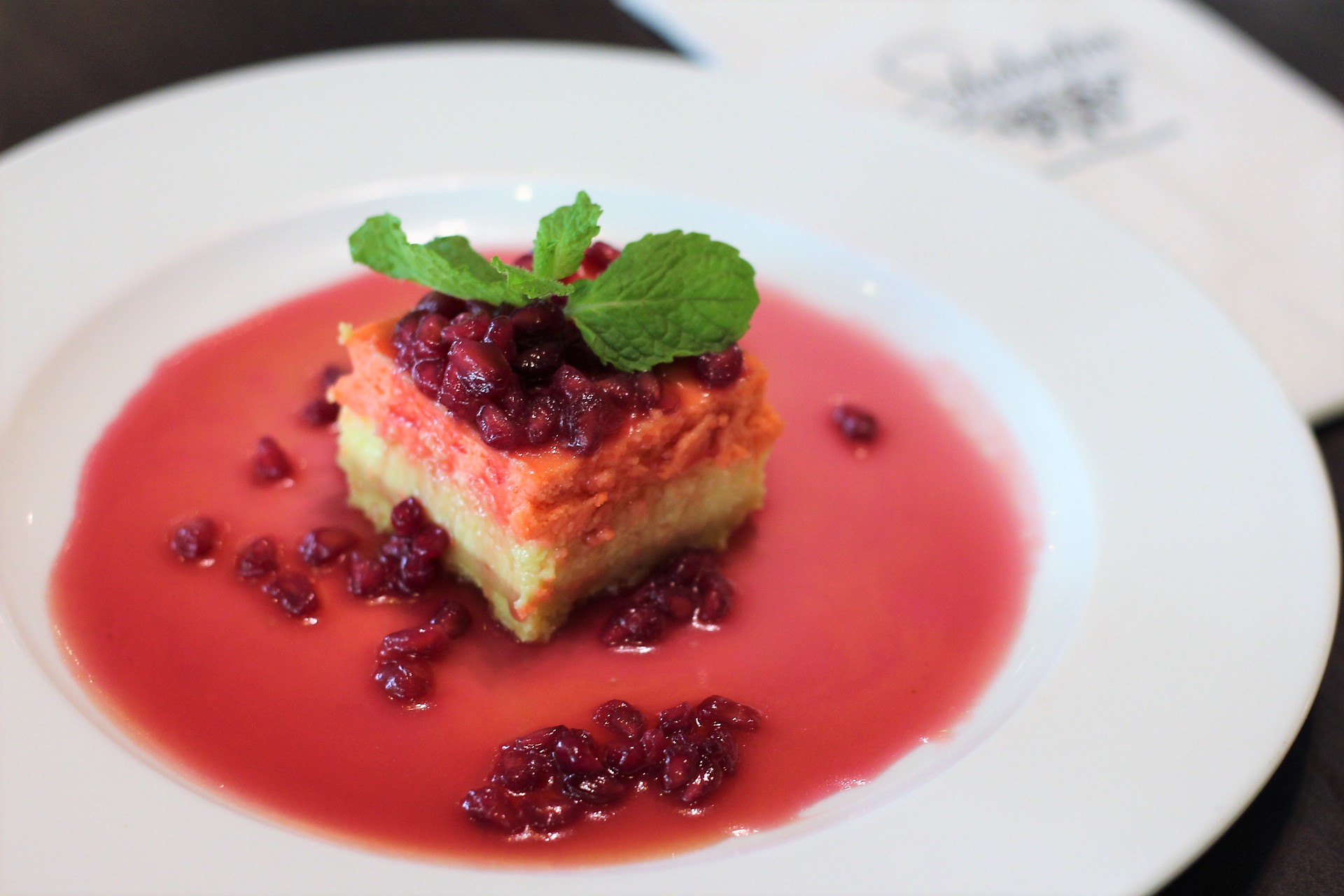 Sharing food is an essential part of Iranian culture, so it would be great to go to Shabestan in a group to discover some items from the extensive à la carte menu even as you enjoy the festive meal. I would most certainly wish to add on a few kebabs and try the other unique desserts that the region is known for, like baklava, ice-creams and puddings featuring the use of ingredients like saffron, rose and nuts.