Vietnamese restaurant So Pho of the Katrina Group has opened its 18th outlet at Marina Bay Sands (MBS). As its name suggests, So Pho’s menu has traditionally offered a wide range of pho, or Vietnamese rice noodles in soup. The restaurant has now broadened its menu to introduce over 20 dishes exclusive to this outlet.

Given the limited budget-friendly options at MBS, the presence of So Pho – one of only two halal-certified eateries in the mall – is very much welcome here. It will certainly also cater to the needs of international delegates when big conventions are held (again). 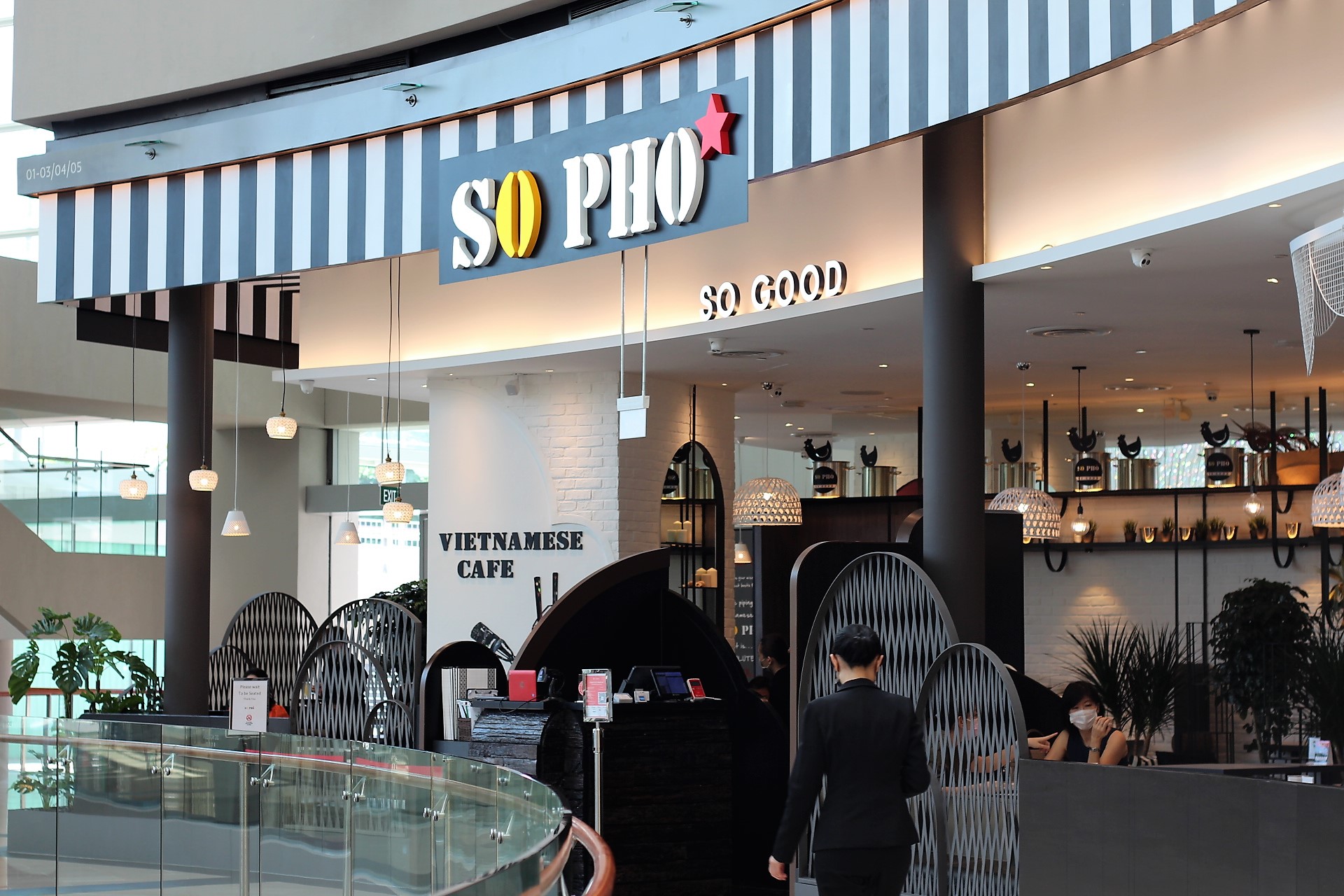 I got hooked early on the homemade Vietnamese-style spicy-sour green chilli sauce that accompanied the equally-addictive appetisers of Vietnamese Spiced Battered Squid (S$12.80) and Crispy Fried Fresh Oyster (S$11.8). These are lightly battered, fun-to-eat finger foods that started our meal. The chilli sauce, as I’m pleased to note, is a staple that goes with many other items on the menu. 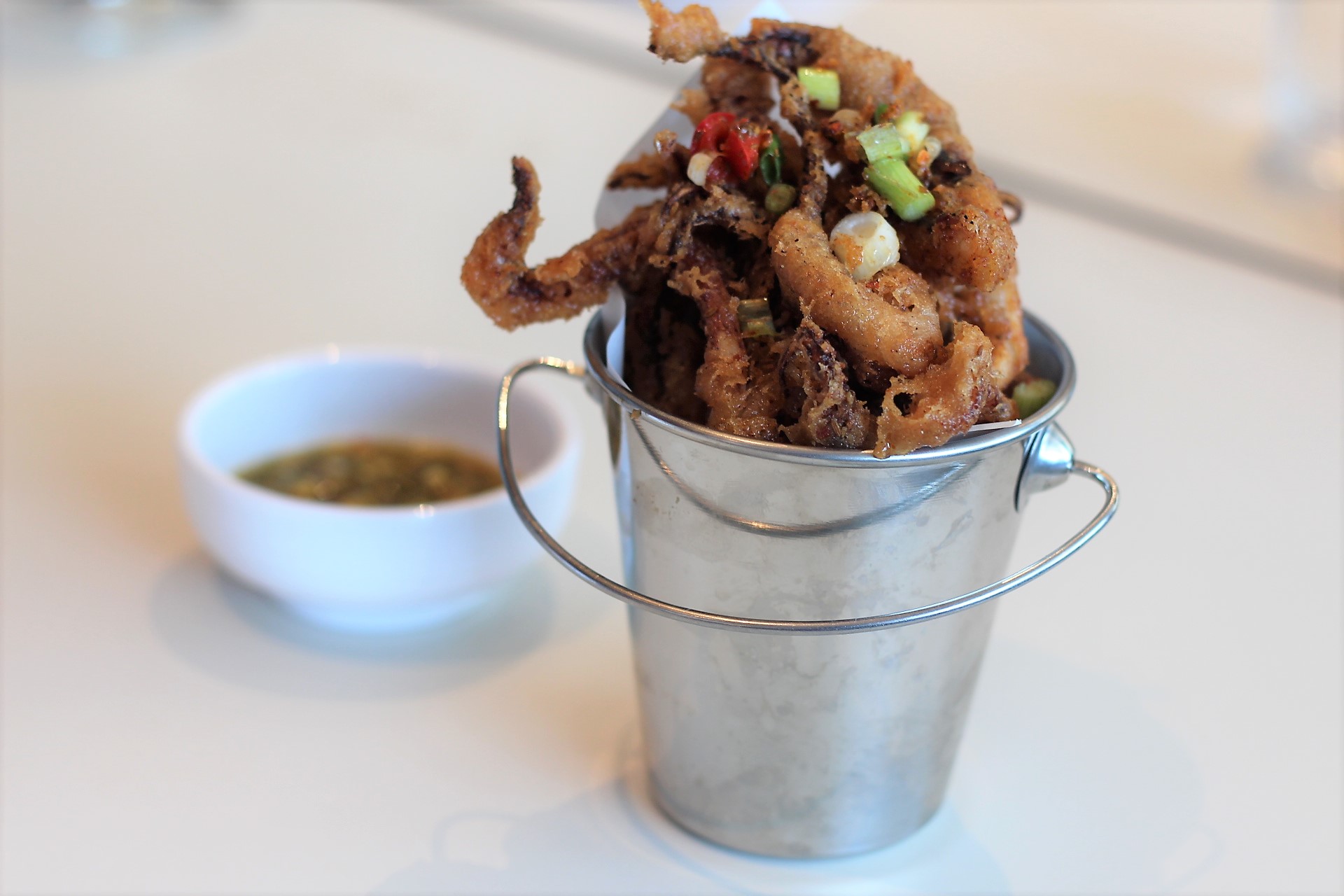 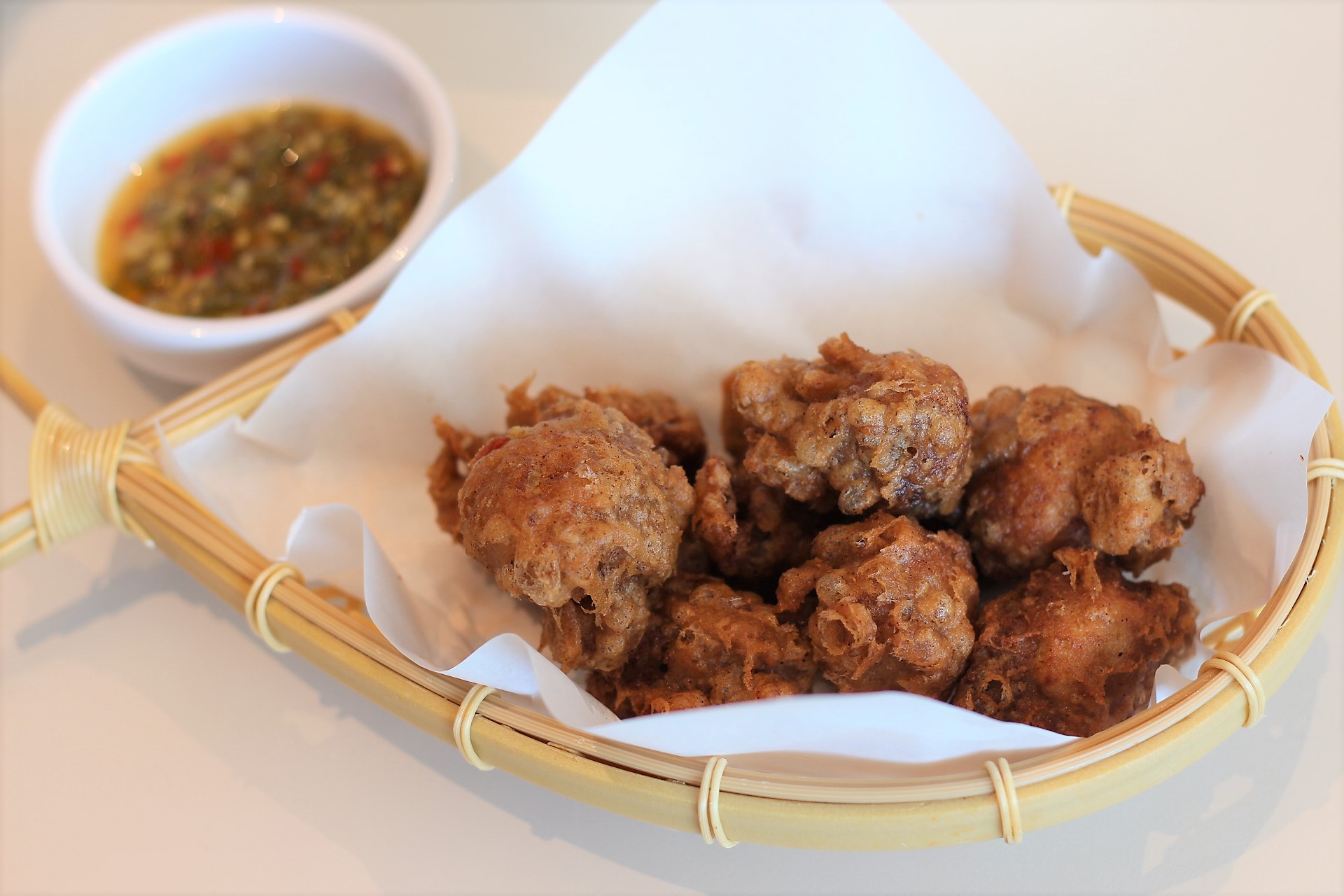 So Pho has to live up to its name; there was no way we would dine here without trying a noodle dish. The new pho I tried for the first time was a favourite item of the meal for many at our table. The Vermicelli Noodle Soup with Stuffed Hokkaido Squid (S$12.50) features large squid rings stuffed with minced chicken in a delicate and light broth, as an alternative to the common beef pho, which is offered in several variations. Beansprouts and the ubiquitously Vietnamese calamansi lime are served on the site, with the latter adding a pleasant citrusy kick to the soup. 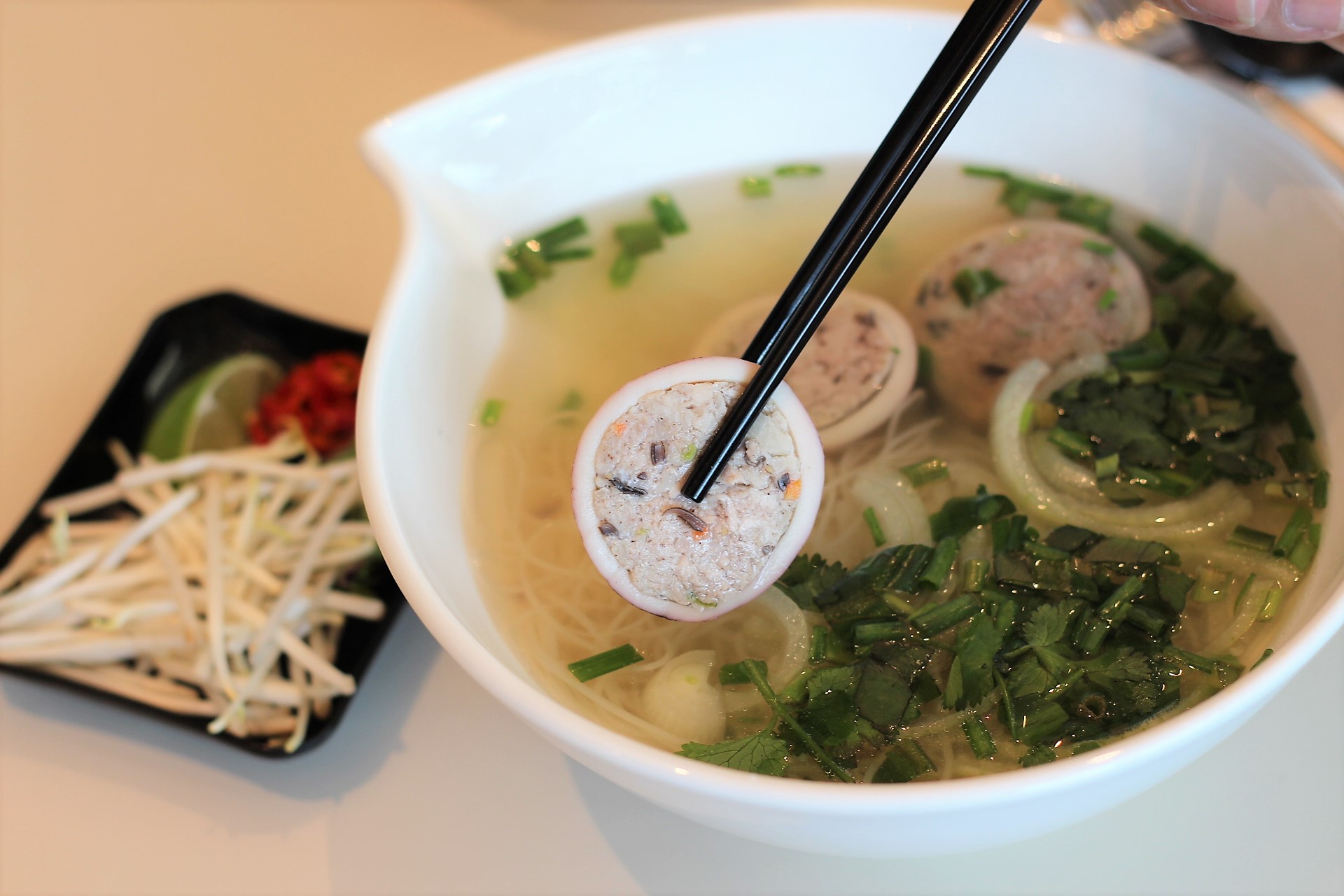 My other favourite was the Egg Fried Rice with Premium Marbled Beef (S$19.50), featuring perfectly done slices of tender Australian striploin, of which the quality and marbling elevated this humble dish significantly. 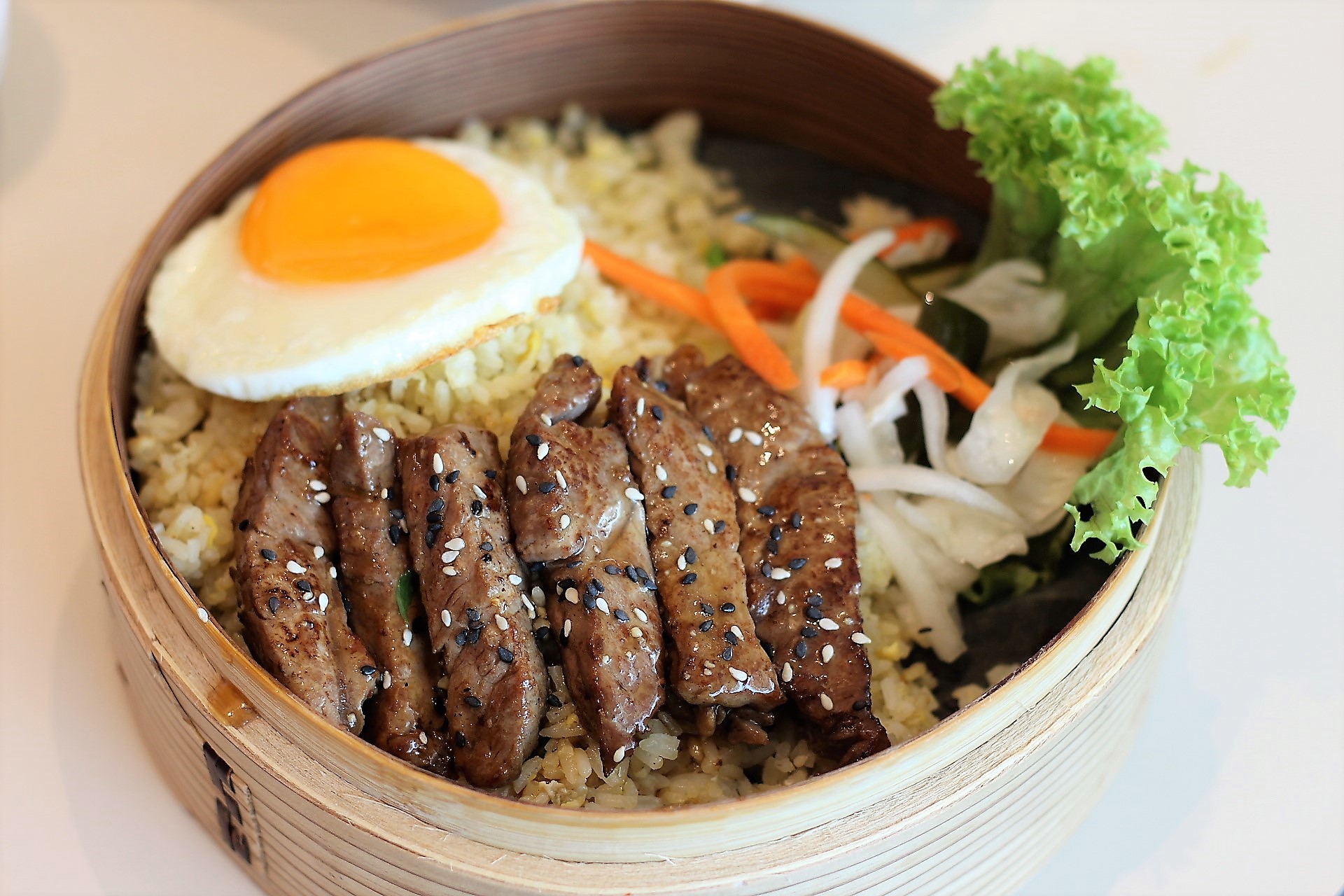 We also tried crowd pleasers like the Crispy Vermicelli & Fresh King Prawns with Superior Stock Gravy (S$16.50) and Vietnamese Spicy Braised Chicken (S$13.50), which are probably more regional in flavour. The former would fit in a classic Chinese banquet while the latter reminds one of Thai green curry – a similarly rich gravy that goes well with rice. As the vermicelli was portioned out for us, I forgot to remind the server not to discard the prawn heads–arguably the best part of a dish where the large prawns are supposed to be the highlight! 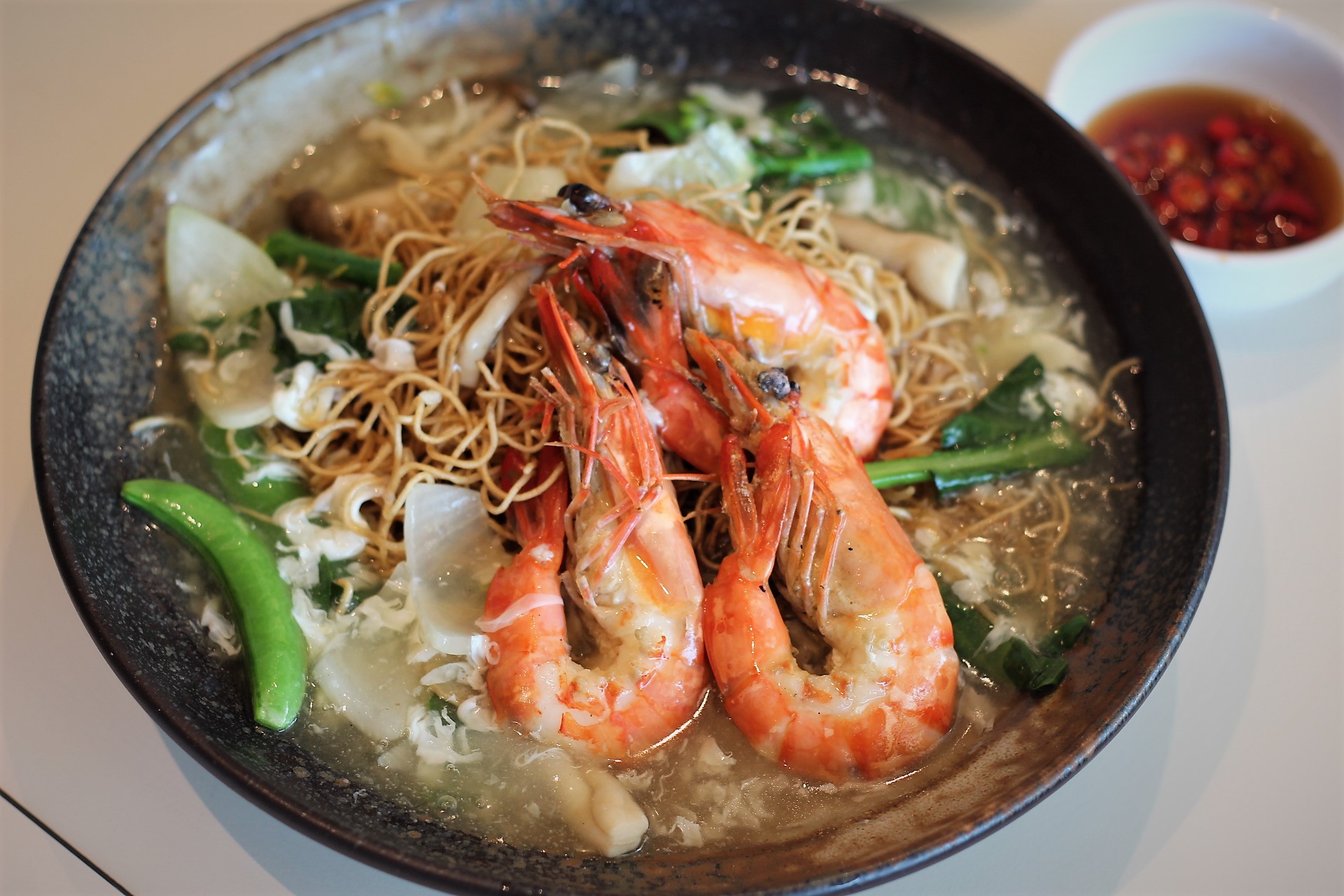 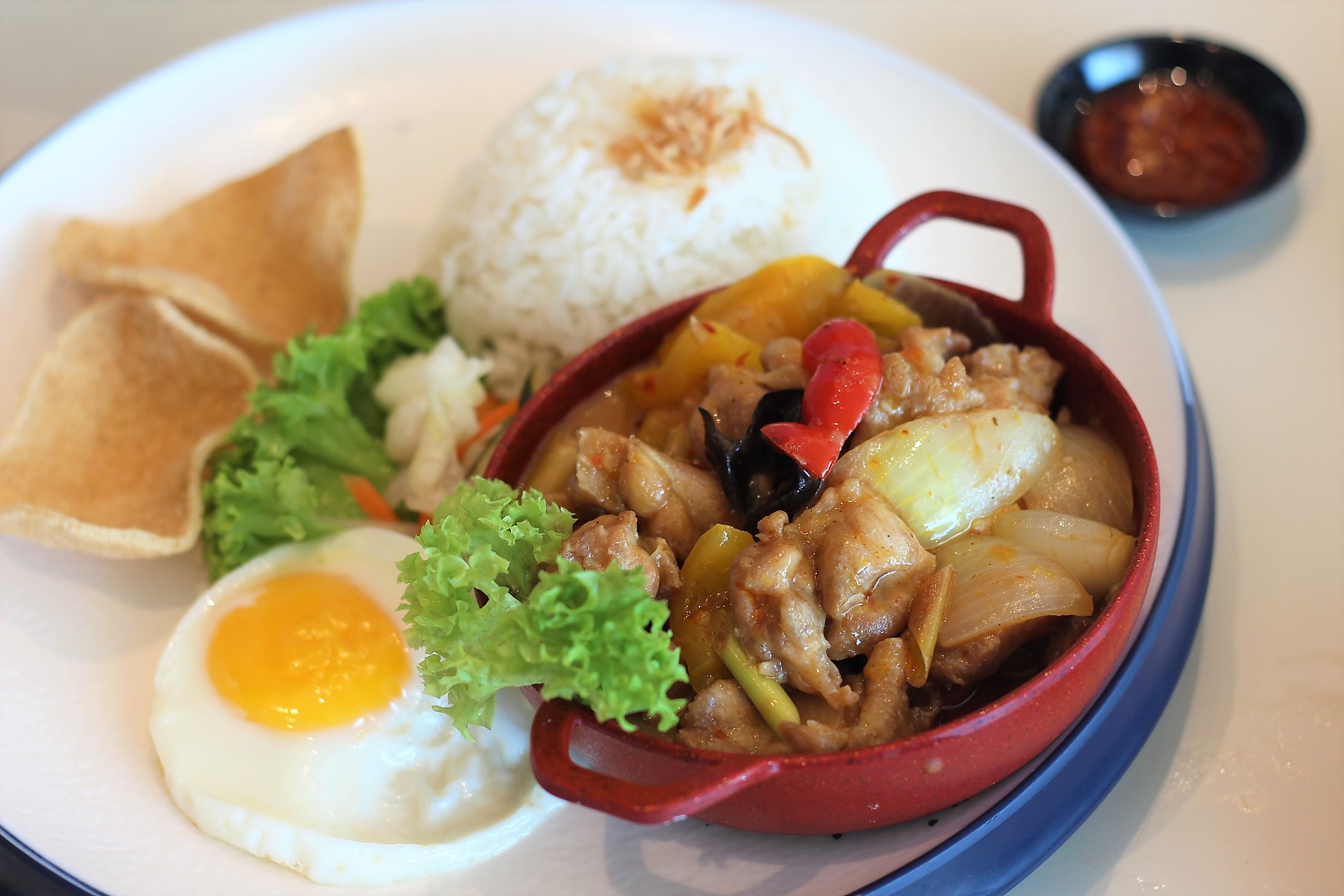 I was looking forward to the dessert and coffee, as I do appreciate the strong aromatic brew that Vietnam is known for. The Black Glutinous Rice with Banana and Ice Cream (S$7.50), is a familiar dessert I’ve tried at other So Pho outlets. I love it for the contrast in temperatures–warm sticky rice served with the cold ice cream–and the richness of the coconut milk on top. What’s new at this outlet is the addition of caramelised crispy banana. 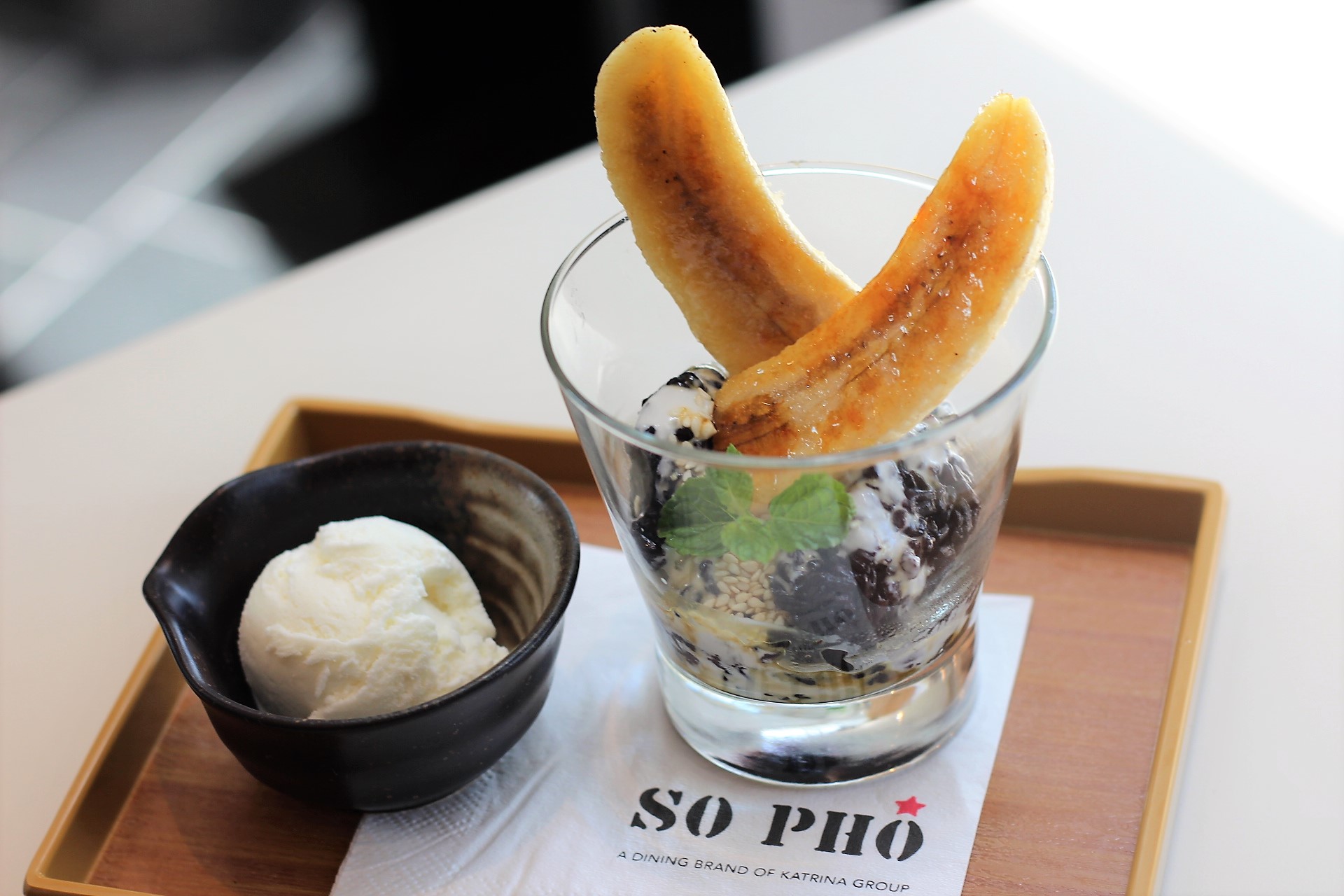 I was excited about the Vietnamese Egg Coffee (S$6.50) because it is particularly difficult to find it in Singapore. So Pho does offer a credibly authentic version of this nutritious cup of joe enhanced by whisked egg and condensed milk. I had drunk many rounds of it in Hanoi, where this coffee has evolved to be very popular. This is a rich, sweet treat that can double up as a breakfast replacement, but it is probably too much of a good thing for every coffee break if you’re the sort who needs several shots of caffeine a day. Nonetheless, at least I now know where to get my fix locally. You can also try the Vietnamese Coconut Coffee (S$6.50) (while counting your calories from coffee alone!) and the wide range of iced drinks and teas. 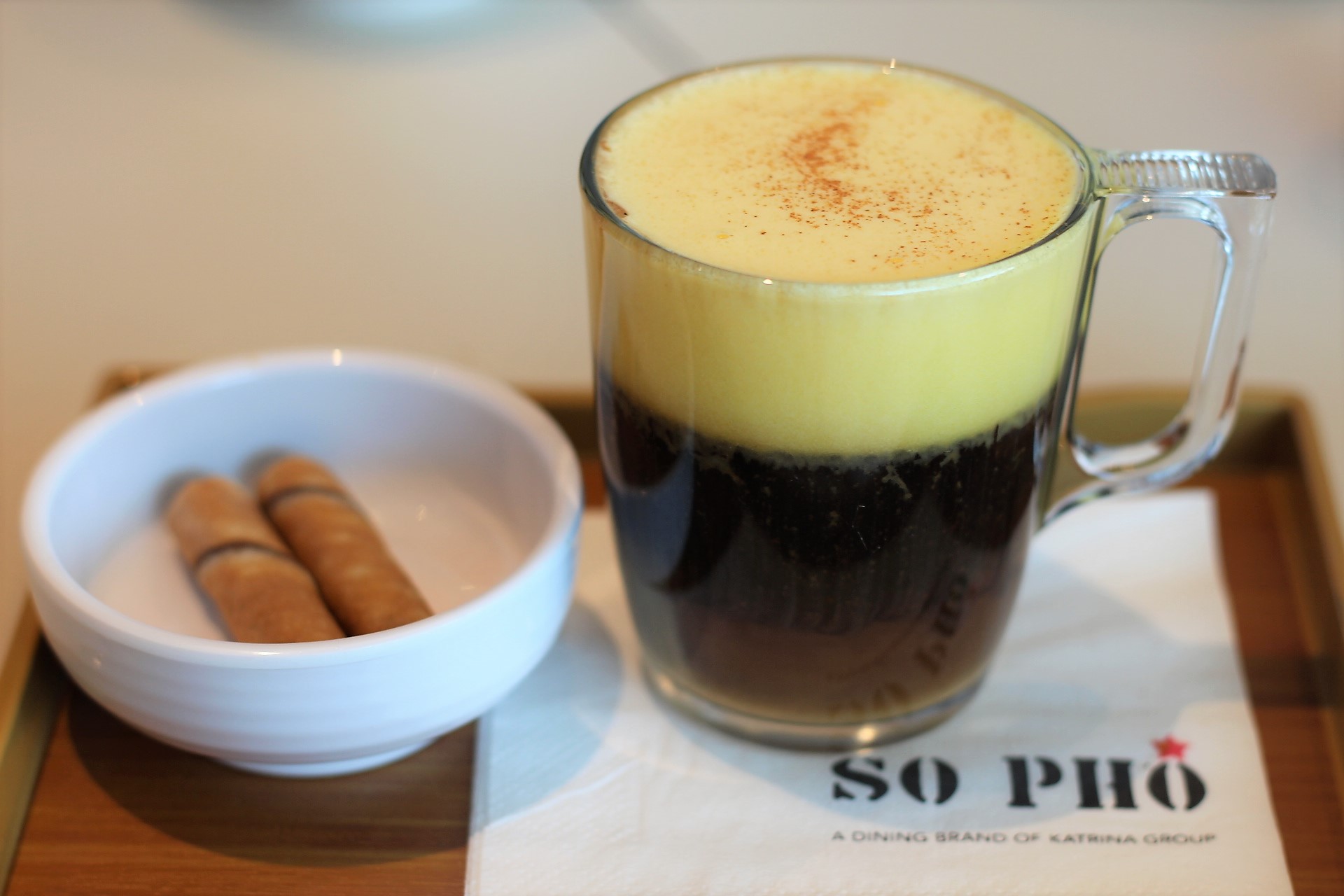 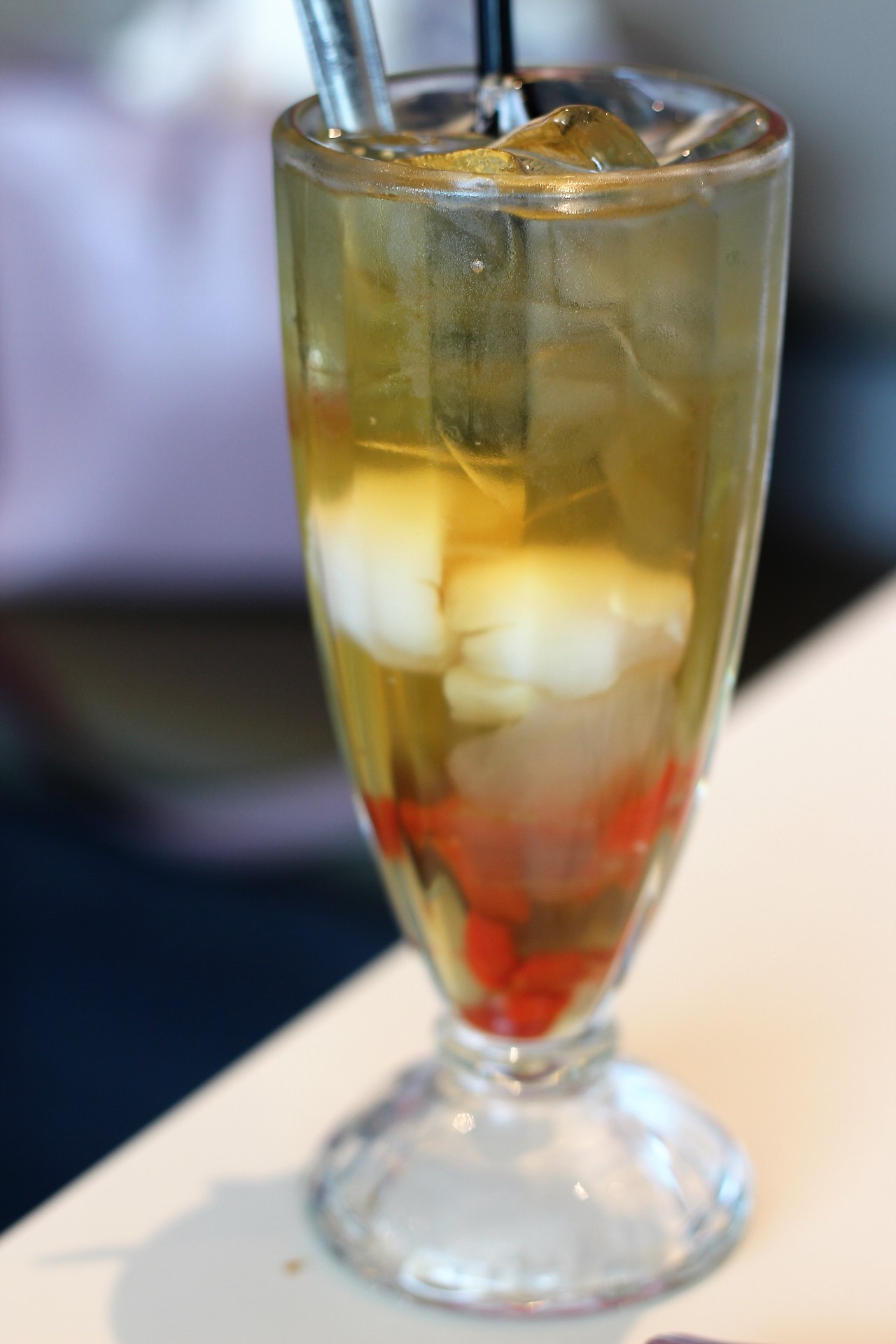 It’s so far, so good for So Pho as the dishes are well-executed, consistent with my experiences at its other outlets, and offer a good halal option. Now all it needs is for MBS to start hosting convention events and for visitors, both local and foreign alike, to throng our bayfront shoppes again.