What's On
You are at:Home»Eat & Drink»Fat Belly Social Steakhouse – More Than Communal Dining and Steaks
By Katherine Goh on April 6, 2021 Eat & Drink, Singapore

Judging by the relentless crowds at restaurants even on weekdays, one could be forgiven for remembering we are still in the midst of a pandemic. And perhaps, it is this encouraging sign that spurs Fat Belly Social Steakhouse to go ahead with plans and open its doors at Boon Tat Street just above Cheek Bistro. And, a restaurant with a communal eating concept at that.

“With more people returning to the office and missing social interaction, we wanted to create a space that would allow them to do just that,” said Stanley Seow, owner of Fat Belly. 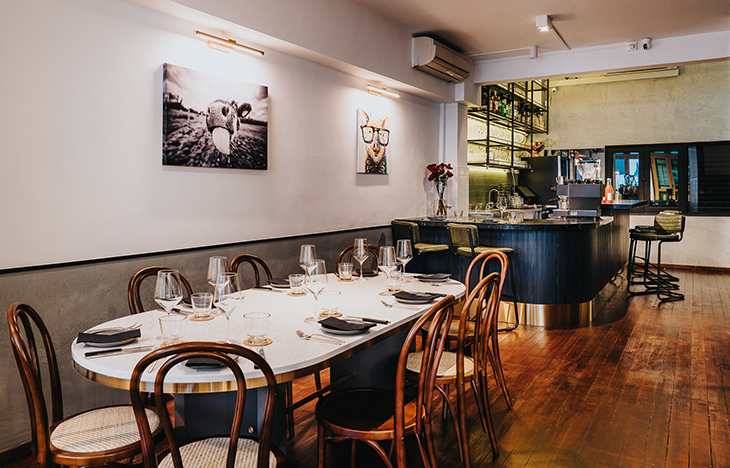 Indeed, Fat Belly Social Steakhouse sticks to its intended formula and shows to be a 60-seater space of casual vibes at first interaction. Think large communal dining tables, sharing plates and an extensive wine menu to match. My table has five other companions for the evening, though I look wistfully at the cosy bar where a couple sits in their own private little world enjoying the feast before them.

Our meal kicks off with the Roasted Bone Marrow (S$20), topped with pickled Shimeiji mushrooms and crunchy hazelnuts and served with slices of sour dough. I am usually wary of bone marrow but I am game (pun intended) to try Fat Belly’s rendition. The taste is not as overwhelming as I feared, but I guess this remains a choice for those who savour the unctuous, almost sinful texture. 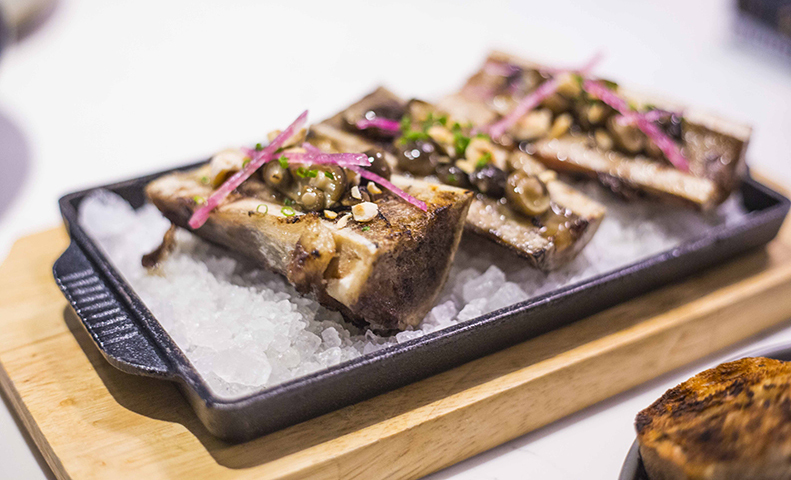 A dish only for those who are game – Roasted Bone Marrow. Photo © Asia 361

Some of us at the table like the Grilled Ox Tongue (S$26), accompanied by shaved fennel, jalapeño and salsa verde. Halfway eating the dish, my dining partner points out to me a hanging photo of Scottish Highland coo sticking out its tongue. “I’m not sure if I want to be looking at that photo while eating ox tongue,” he jests unhelpfully.

I decide to turn my attention to the Uni, Lardo and Caviar (S$36) and the Grilled Octopus (S$24). The former is akin to a lavish elevated bruschetta with briny sturgeon caviar, indulgent lardo and decadent uni. The Grilled Octopus, which is served in tripe and chorizo stew, teases the palate with tanginess from tomatoes and spiciness from the chorizo. 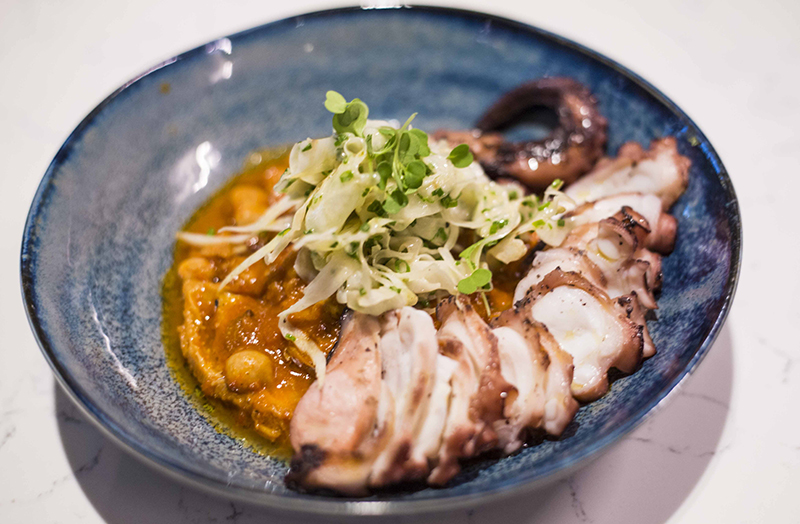 The Grilled Octopus makes for a good appetiser. Photo © Asia 361

Served on a silver platter – no less, the main highlight of the night is the Black Opal Wagyu Zabuton MS6-7 (S$210) and 2GR Full Blood Wagyu Rib Cap MS8/9 (S$148) with rich bordelaise sauce and scampi butter on the side. Often overlooked by many, the Zabuton cut is in fact one of my favourite cuts for its exquisite marbling and buttery taste. On the other hand, the rib cap – said to be the best part of the ribeye – lends more bite despite a higher marbling score. At the end of the day, it all boils down to one’s personal preference when it comes to steak. Less common cuts are the call of the day at Fat Belly Social Steakhouse. Photo © Asia 361

The surprise of the night turns out to be the humble Crusted Mac and Cheese (S$16). Chide me if you will for actually having second helpings of mac and cheese over the steaks; the dish is creamy and does not cloy, with crispy charred bits and a hint of truffle oil. 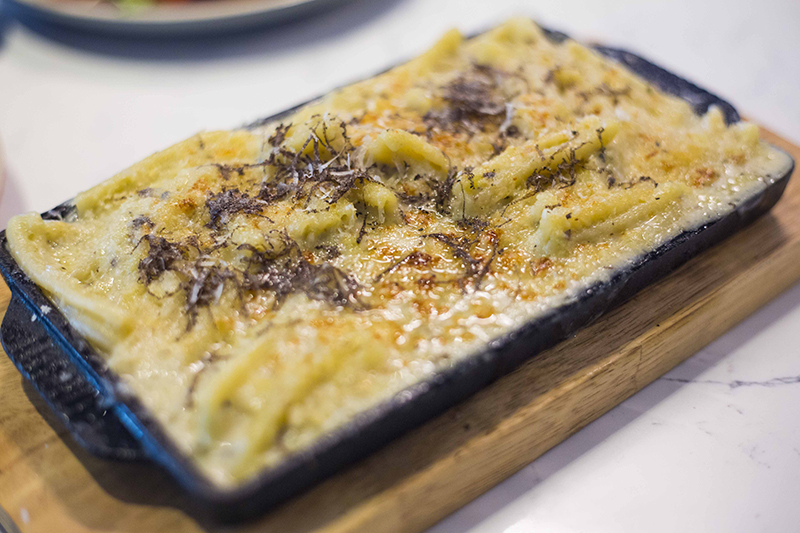 Don’t be fooled by its appearance — the Mac and Cheese turns out to be a highlight. Photo © Asia 361

The night ends with desserts — Eton Mess (S16) and Burnt Blue Cheese Cake (S$16). Go for the latter if and only if you are a fan of the intense blue cheese; I am not. I have only encountered one restaurant in my life that has nailed using blue cheese in desserts but that’s a story for another day. For now, I would happily dig into the delicately sweet, floral and fluffy Eton Mess of meringue and cream.