The mere mention New World Amusement Park (新世界) is likely to conjure up happy memories for Singaporeans who have lived through the 1960s. While the amusement park is now a thing of the past, one person has decided to pay homage to it with the opening of a new restaurant inspired by New World. Fong Chi Chung, the CEO and founder of restaurant chain Putien, has set up a New World-themed restaurant called Yum Sing! at Clarke Quay.

One would feel being transported back into another era upon entering the restaurant. Bright neon lights greet guests at the door, setting the stage for what is to come. Décor elements such as old-fashioned window grilles, advertisement boards and lacquered shop signage evoke nostalgia for those familiar with the 1960s era. Carousel horses hanging from the ceiling adds a whimsical touch to the restaurant. An empty stage calls to you, seemingly inviting you to go on it and belt out a song or two to the guests. 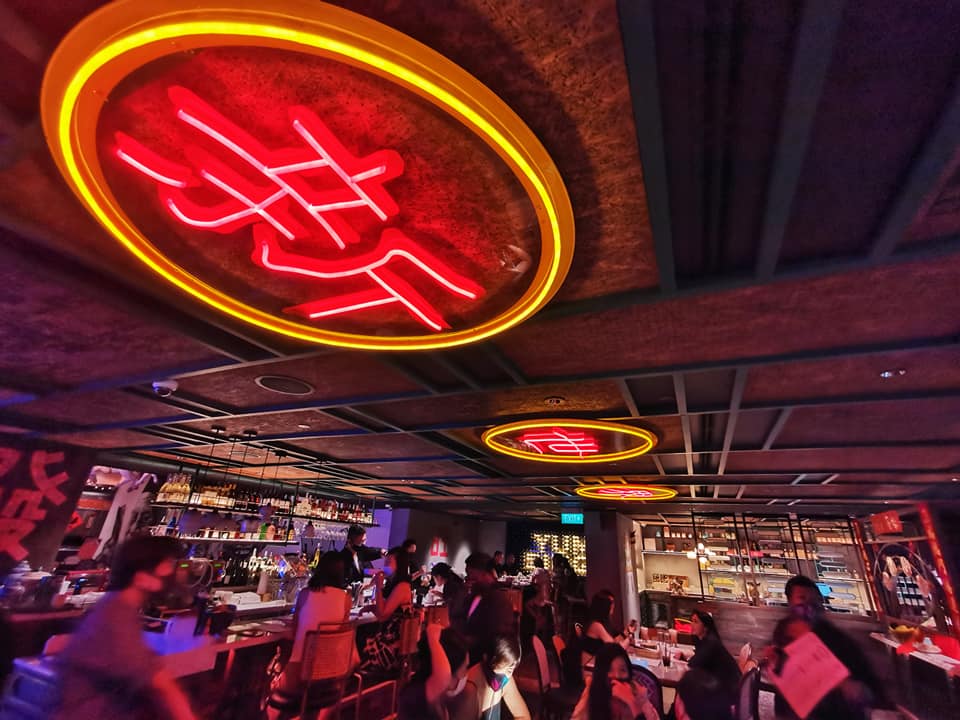 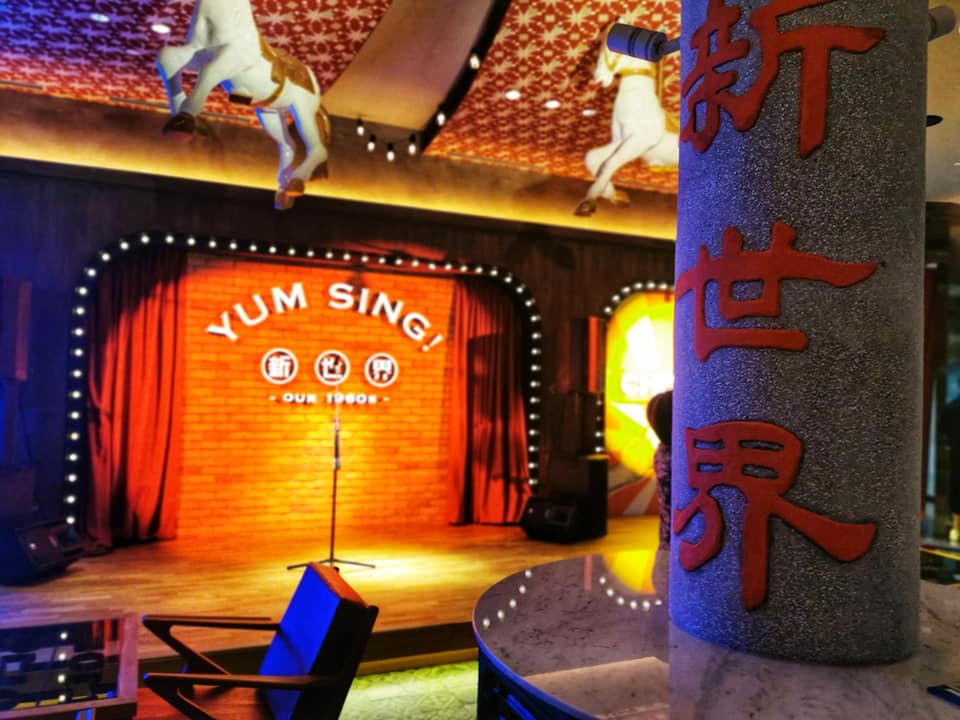 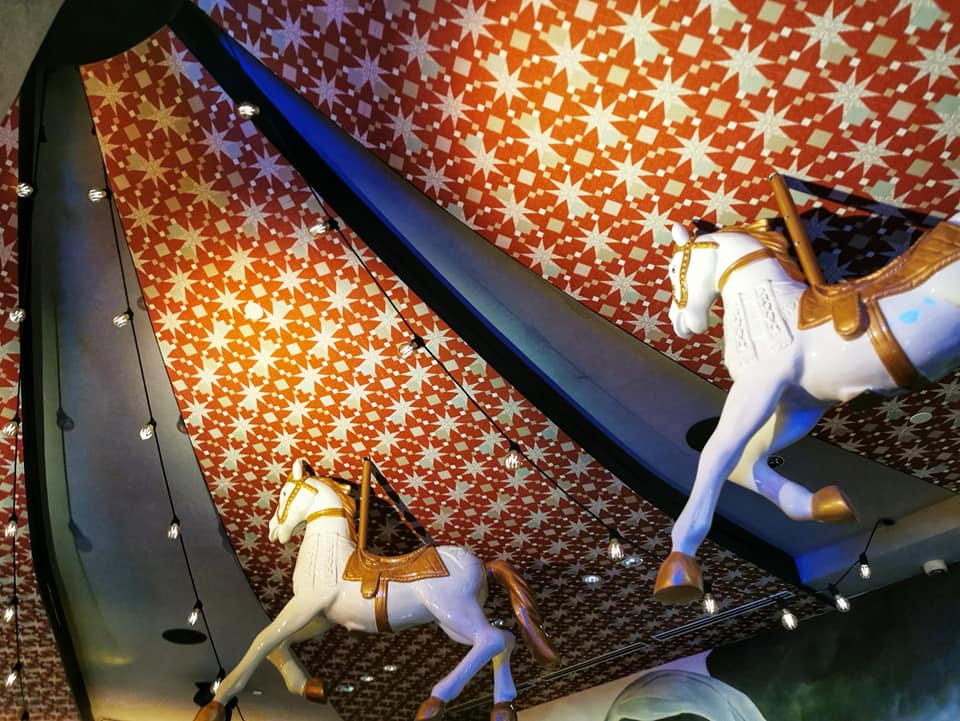 If you are not won over by the décor, the food will. Yum Sing! menu features humble Singaporean fare, such as Hainanese chicken rice, char kway teow, oyster omelette and the like. And the best part is most of the dishes are at prices that do not break the bank. They are generally priced between $8 and $12, with the (natural) exception of the chilli and pepper crab dishes. 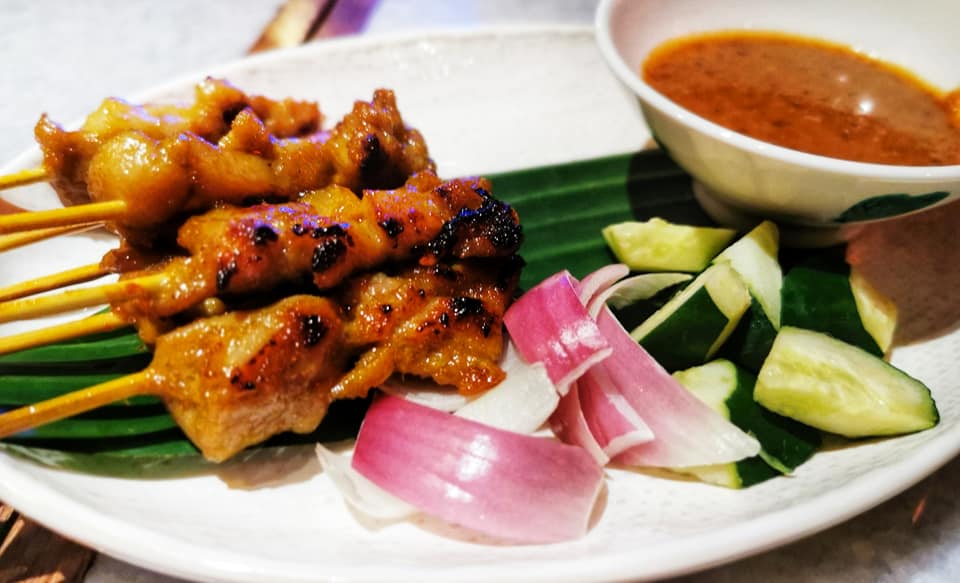 At one glance, one might be overwhelmed by the choices on the menu. My personal top three favourites are the Chicken Satay ($10), Kung Pao Prime Beef Cubes ($12) and Laksa ($10). The Chicken Satay – humble as the dish may be – are marinated and grilled to perfection; the meat is juicy and packs full of flavour. The Kung Pao Prime Beef is so tender that I mistakenly thought the meat was chicken at first bite. Stir-fried with the restaurant’s signature Kung Pao seasoning, the beef perfectly balances the flavours of salty, sweet and spicy. 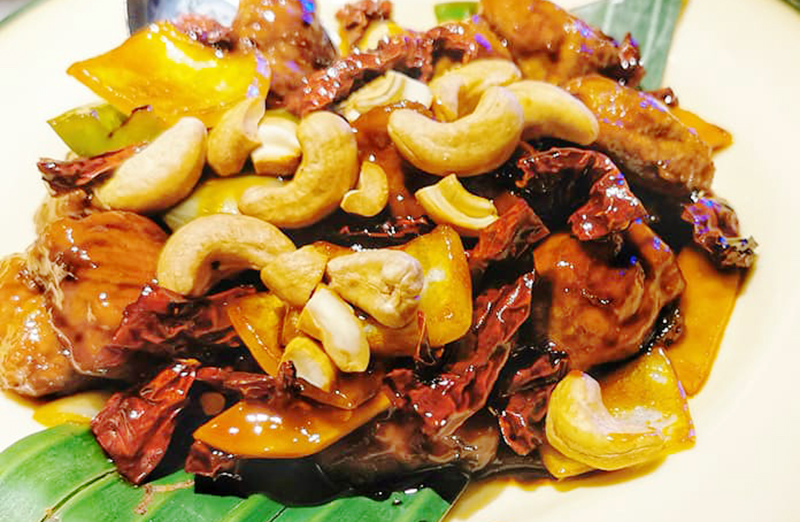 The Laksa is the winner in my books. Its aroma hits me hard even when the bowl is placed some two metres away from me. The broth is rich and has a lot of depth. I appreciate the fact that it is not too spicy, though some people might disagree with me. And for those who deem having blood cockles (see-hum) in laksa to be of utmost importance, you are in luck – Yum Sing!’s rendition of laksa is generous with the clams.

Yum Sing!’s Laksa is sure to find favour with those who love blood cockles. Photo © Asia 361

My heart and palate lean mostly towards the sharing-plate dishes. The Salted Egg Fish Skin ($8), Salted Egg Prawns ($12) and Coffee Pork Ribs ($10) are among those that are favoured at my table in general.

If I have to be impartial and name a dish or two that I do not favour, it would be the Bak Kut Teh ($10). It actually boils down to personal preferences; I normally prefer Bak Kut Teh broth to be more ‘peppery’ and the one at Yum Sing! lacks that spicy kick in that department. Another dish that I don’t quite fancy is the Char Kway Teow, which tastes more like fried hor fun to me.

Overall, I enjoyed my dining outing at Yum Sing! The vibes were vibrant and put you in a joyous mood. It is in fact an ideal place to dine out with a group of friends. Or, bring your parents and grandparents here for a trip down memory lane. Just keep in mind the social distancing number cap while you are at it.