What's On
You are at:Home»Fashion & Beauty»Watch Review: Is Nordgreen the Next Daniel Wellington?
By Katherine Goh on January 5, 2021 Fashion & Beauty

When it comes to watchmakers, the Swiss tends to come to our mind first. However, in recent years, one emerging Scandinavian watchmaker brand is slowly making industry players and consumers sit up and pay attention to it. This up-and-coming watchmaker is none other than Danish brand, Nordgreen.

If you find this Copenhagen-based brand vaguely familiar, it might be because Nordgreen started off as a small campaign on Kickstarter and eventually raised over US$250,000, with the campaign being hailed as one of Kickstarter’s most successful ones.

The Scandinavians are known for their impeccable minimalist design aesthetics and Nordgreen is no exception to the case. Nordgreen’s founders, Pascar Sivam and Vasilij Brandt, have a passion for watches and Scandinavian design and decided to marry the two together.

Nordgreen has roped in none other than industry veteran Jakob Wagner as their Chief Designer about seven months after Nordgreen was established in 2017. The highly acclaimed designer has won numerous, boasts a permanent exhibition at New York’s Museum of Modern Art, and most notably has designed for the likes of Bang & Olufsen, Cappellini and Hay. Wagner’s design philosophy typically speaks of elegance and simplicity, and these elements are clearly translated in Nordgreen’s watches.

Each Nordgreen watch follows a few basic design rules. One, the dial must have a clear view of time with markers and hands that do not overpower the design. Two, every watch comes with a 316L stainless steel case that is versatile for the wearer. Three, the strap is interchangeable with a leather strap, mesh strap or a nylon one. And lastly, the watch has to be water-resistant for up to three atmospheres (ATM) – equivalent to 30 metres under water. 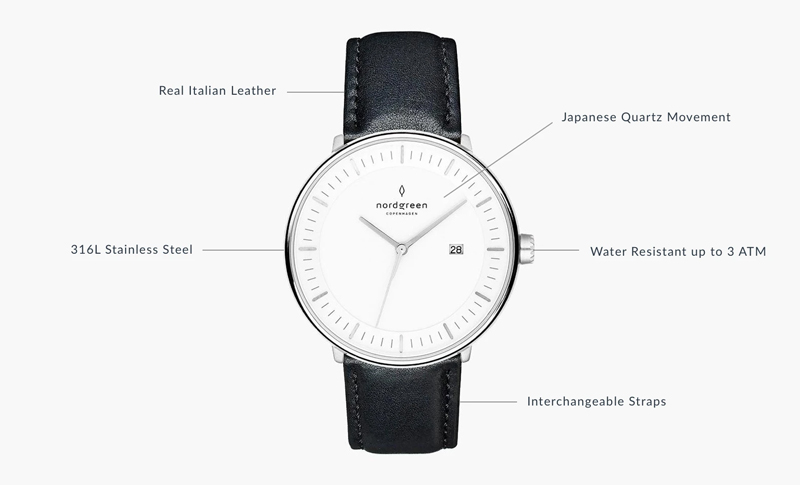 Nordgreen features a few ranges for both men and women. For the former, there are the Pioneer, the Native and the Philosopher. The women’s range, on the other hand, counts the Infinity, the Native, the Philosopher and the Unika as choices for the ladies.

We got our hands on the Pioneer Chronograph (S$375 to S$402), which has actually won a prestigious Red Dot Design Award in 2020. The award is Wagner’s fourth Red Dot award and the very first for Nordgreen, adding a feather in the watchmaker’s cap. The Pioneer Chronograph exemplifies Nordgreen’s attention to detail. Despite being a chronograph, the watch stays true to Scandinavian minimalism. Available in three colour (white, black and navy), the watch face features a minute and second dial and a chrono hand and yet does not come across as overwhelming in terms of design. It is noteworthy that the design was inspired by Danish windmills and this inspiration is seen on the red tips on the chrono hand and minute counter, said to point towards Nordgreen’s vision for a bright future. It goes to show how much thought is put into the design.

The 42mm diameter of the watch is a size that most men would find fitting on their wrist. But for ladies who like to wear men’s watches, the size would overwhelm a small lady’s wrist. With a brushed finish, the 316L stainless steel casing comes in three colours – gunmetal, silver and rose gold. The domed sapphire glass continues to embody the organic design. 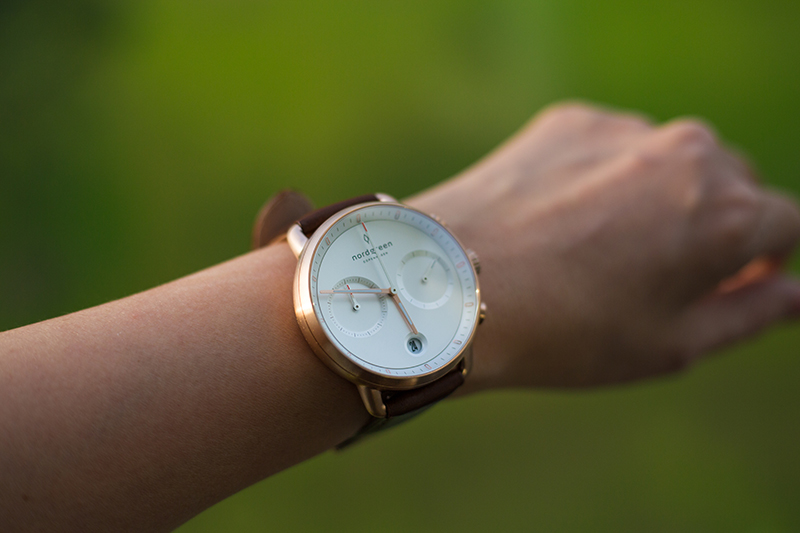 Watch snobs might turn their nose up at the Japanese quartz movement Miyota Caliber 6S21 used in the watch. Albeit cheap, Miyota movements are robust and are hard to beat in terms of value for money, which also explains why they are used by many watch brands. For a watch retailing at US$279 (S$375), it would be unrealistic to expect the build quality of, say, a Patek Philippe.

Despite its price point, the leather watch strap that the Pioneer comes with exudes good quality. It’s genuine Italian leather and does not feel cheap. One nice feature is the quick lease tabs that allow for quick strap changes. The Pioneer also comes in mesh and metal-link straps.

Some people might also balk at the 5atm water resistance of the Pioneer Chronograph when the going standard is usually 10atm. However, for most of us, we are not going on a dive adventure anytime soon with our watches so this supposed lack of water resistance is not going to be a deal breaker. As long as it’s rain-resistant, we are good. 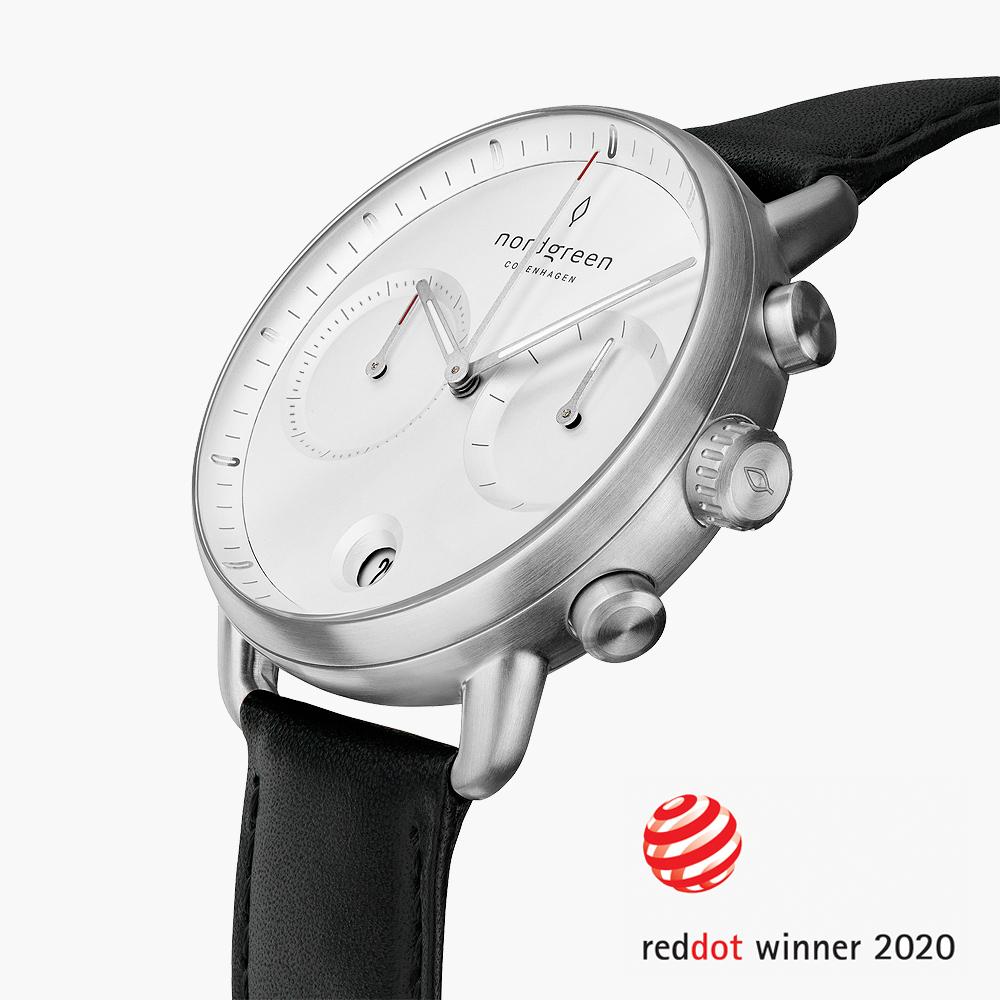 Nordgreen has been likened to Daniel Wellington by many people, but Nordgreen is certainly no Daniel Wellington clone. It is unique and in a class of its own, winning customers over with its design, value for money and brand story. The materials, while not uber-luxurious, are solid and should last for many years to come for those who decide to invest in a Nordgreen.