What's On
You are at:Home»Automotive»German Embassy in Singapore Sets a Green Example to Others With BMW i3
By Katherine Goh on May 31, 2018 Automotive, News, Singapore

Singapore is not exactly known to be the most proactive in pushing for increased adoption of electric cars on the island. But, one diplomatic mission in Singapore is hoping to change the climate here by taking the first step towards a green journey.

The German Embassy in Singapore has become the first embassy here to use an electric vehicle for official use. At a handover event held today, Paul de Courtois, Managing Director of BMW Group Asia, handed over the key of a brand new BMW i3 to H.E. Dr Ulrich A. Sante, Ambassador of the Federal Republic of Germany to Singapore.

Paul de Courtois (left), Managing Director, BMW Group Asia officially hands over the keys of a new BMW i3 to Dr. Ulrich A. Sante, Ambassador of the Federal Republic of Germany to Singapore. Photo © Asia 361.

The German Ambassador strongly believes in doing a part for the environment and that adopting the use of electric vehicles is a move in the right direction. “We, Germany, would like to contribute to the change of mindsets in Singapore,” he said at a media lunch during the handover.

The German Ambassador hopes Singaporeans will follow the Embassy’s lead in purchasing an electric car and make the switch to greener vehicle options. 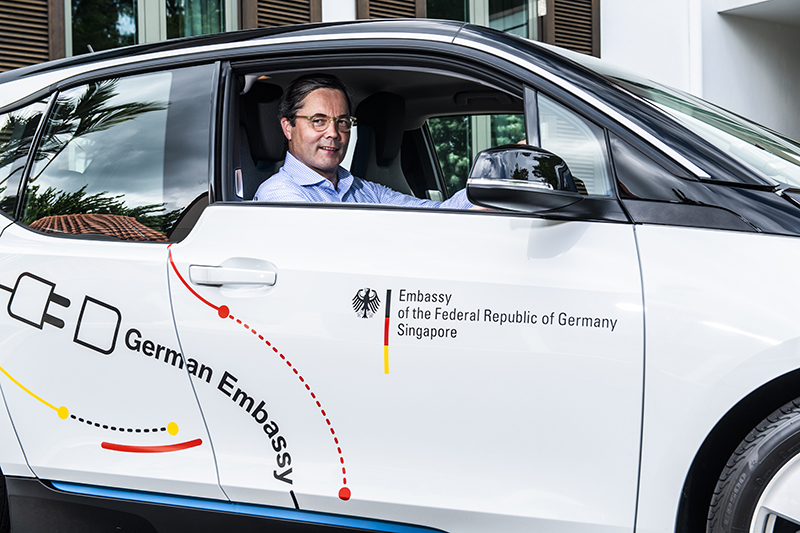 Dr. Ulrich A. Sante, Ambassador of the Federal Republic of Germany to Singapore, in his BMW i3. Photo © BMW Asia.

Singapore, being a small island with short driving distances, offers the perfect ground for running electric vehicles, though the adoption rate is still not high. BMW Asia is currently working with private and government organisations to drive the adoption of electric vehicles on the island. 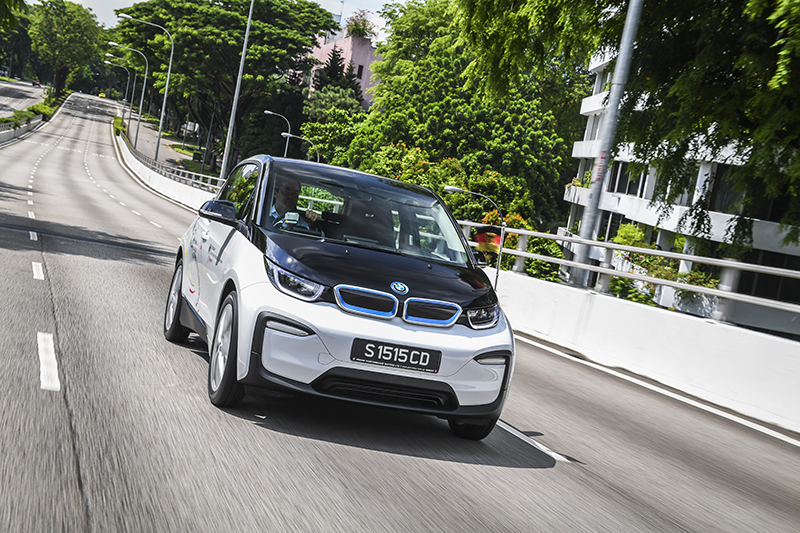 The German Embassy in Singapore is the first embassy here to use an electric vehicle as official car. Photo © BMW Asia.