What's On
You are at:Home»Countries»Japan»Secret Photo-worthy Spots in Hokkaido
By Katherine Goh on December 18, 2017 Japan, Travel

When it comes to off-the-beaten-destinations, Hokkaido can hardly be considered as one. After all, this northernmost and second largest island of Japan is a popular destination for travellers, especially those in Asia. People flock to the usual predictable places in Hokkaido – Niseko, Hakodate and of course, the capital Sapporo.

However, unbeknownst to many, there are other less explored places in the prefecture, offering jaw-dropping sceneries and of course, photo opportunities capable of making your friends green with envy. What’s more, not having to jostle with throngs of tourists is a major plus, especially for shutterbugs.

We give you the low-down on the hidden destination gems before the masses invade them. 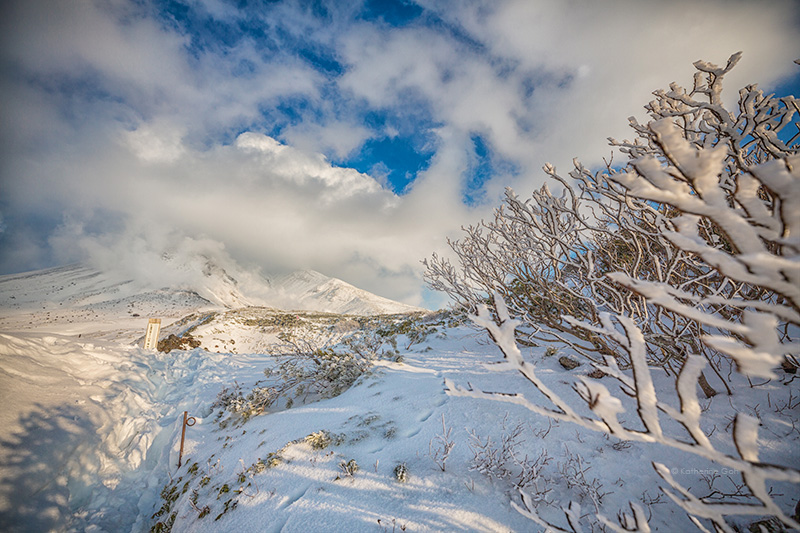 Favoured by advanced skiers for its light powder snow, Asahidake is the highest mountain in Hokkaido (2,291 metres or 7,516 feet) and in fact, still an active volcano. It is located in Daisetsuzan National Park, the largest national park in Japan. While it isn’t exactly a secret destination, Asahidake is rarely crowded as it is still relatively unknown to many foreign tourists.

Even if you are not into skiing, Asahidake still makes for a good place for hiking and photo taking. You will find some of the deepest snow in Japan at Asahidake during the late autumn and winter seasons. 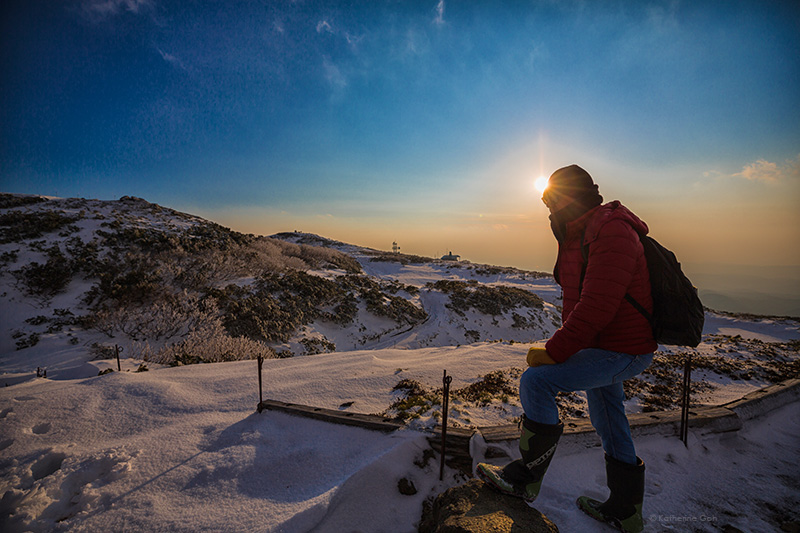 And, don’t be daunted by the fact that Mount Asahi is an active volcano – the last activity was back in 1739. If your stamina allows, hike to the area where you can catch a glimpse of sulphuric gases emerging from the fumarole.

The mountain is served by only one ropeway, which leaves every 20 minutes. A few hotels with onsen facilities sit at the foot of the mountain. Day trips to Asahidake are also possible as it is about 90 minutes’ drive from Furano city. 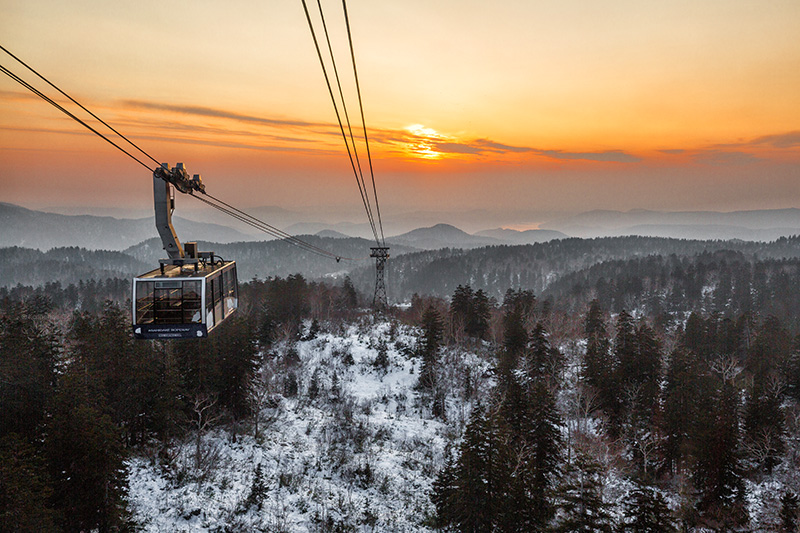 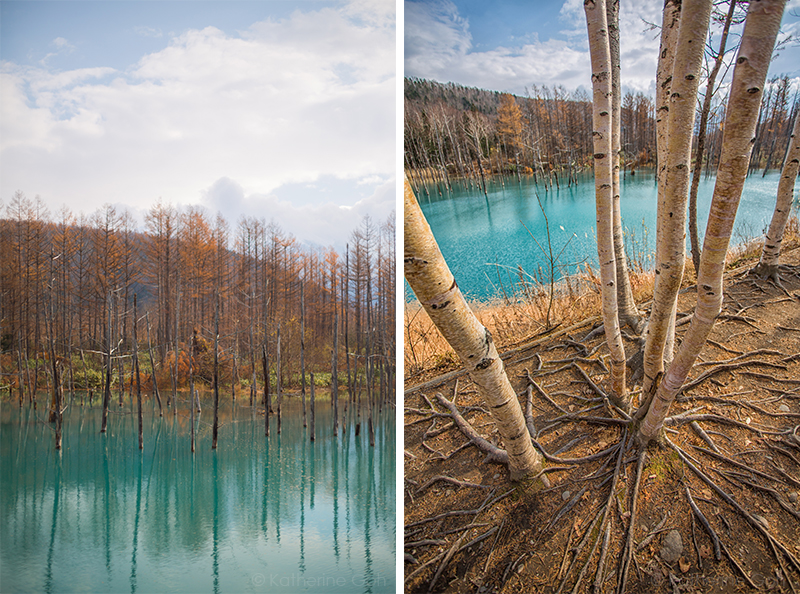 Located in Biei outside the onsen town of Shirogane Onsen, The Blue Pond (青い池, Aoiike) gets its name from – you guessed it – its deep blue colour. The pond’s colour, which changes into varying hues depending on the season, is due to natural minerals dissolved in the water. The Blue Pond is in fact man-made. Before you jump to the conclusion that it was created to attract tourists, The Blue Pond was actually made to prevent the destructive effect of volcanic flow on the town of Biei after the nearby Mount Tokachi erupted in 1988. Eventually, substances such as sulphur and lime made their way into the pond, giving it the whitish-blue colour seen today.

Partially submerged silver birch trees lend an ethereal touch to The Blue Pond, which turns into a huge mirror reflecting the trees. It is said that The Blue Pond is at its most beautiful and takes on a dreamlike translucent cobalt-blue from mid-May to end-June. 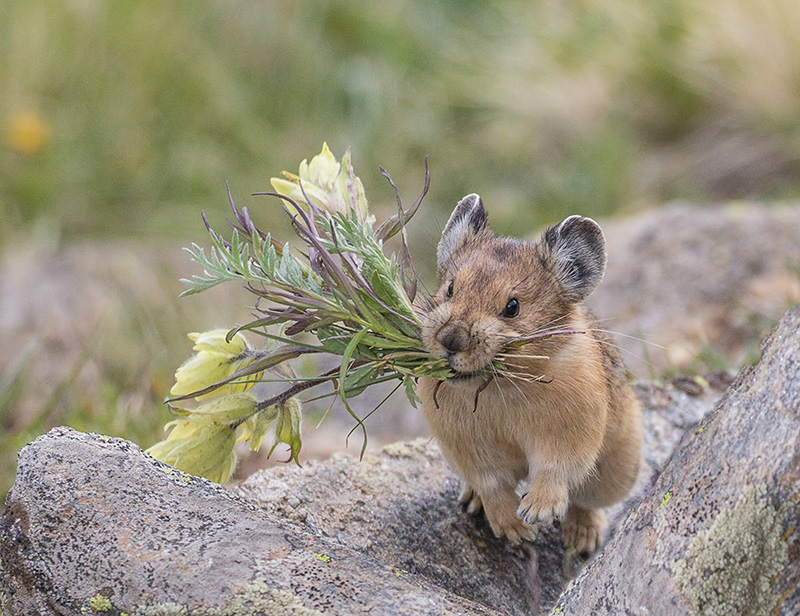 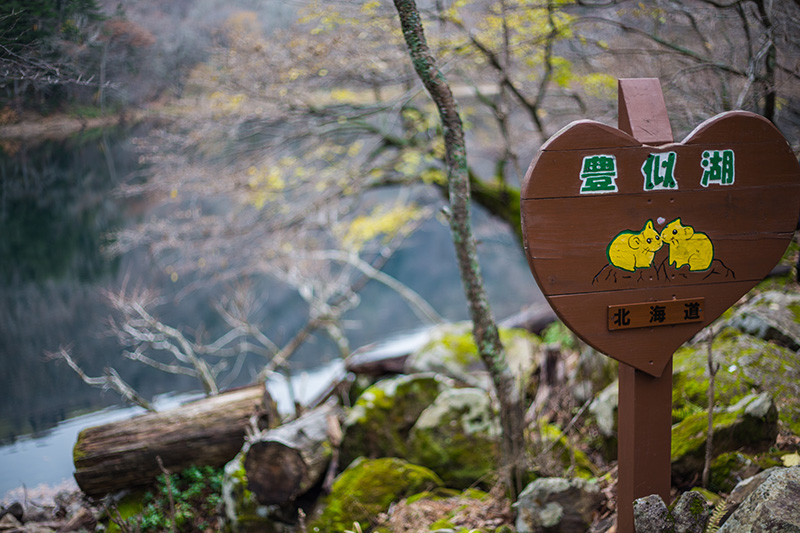 Do you know that Pikachu was inspired by a real-life animal called pika? Japanese pikas inhabit exclusively in Hokkaido and they are regularly sighted at Lake Toyoni. We didn’t get to see the elusive mouse-like mammal when we were there, though we did hear their squeaks echoing through the foliage. 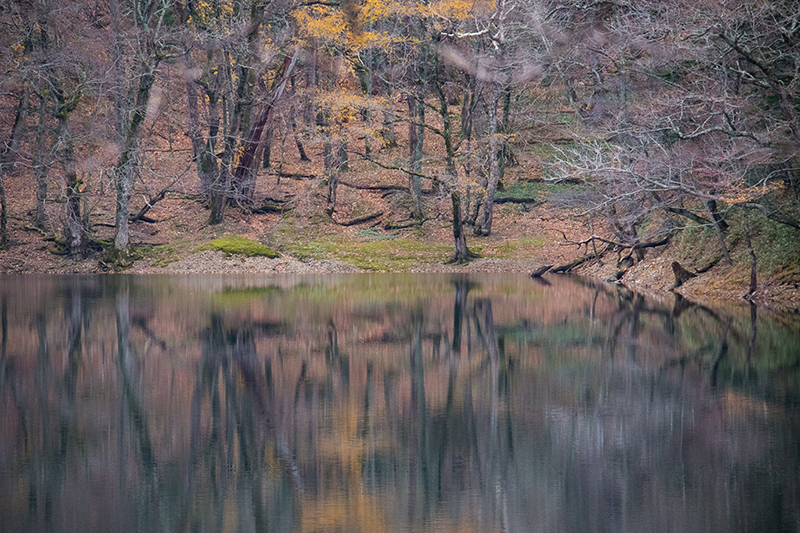 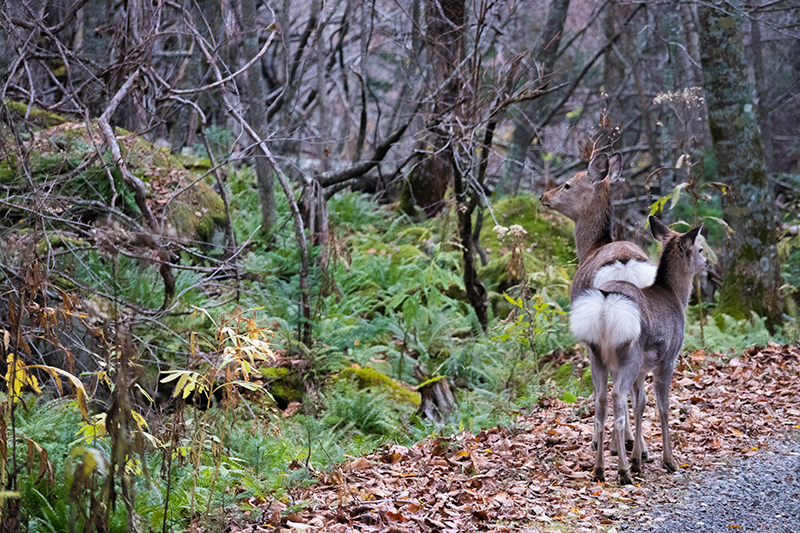 The pika, however, is not the only attraction of Lake Toyoni. The lake itself is an attraction. Surrounded by primaeval forest, Lake Toyoni looks like a normal peaceful lake at ground level, but when viewed from high above, one could then see it is in the shape of a heart. During autumn (mid-September to early October), helicopter tours are available for those who desire a bird’s eye view of the romantic lake. 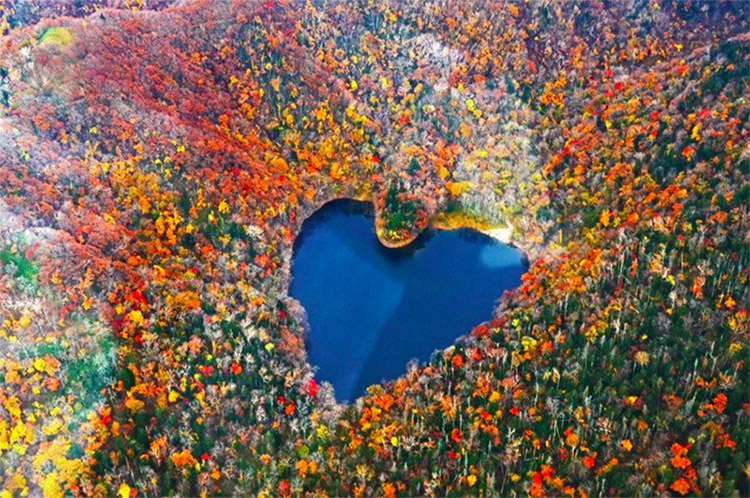 Urakawa is a town in Hidaka subprefecture of Hokkaido. Not many people know of Urakawa, but those in the horse-racing circuit might. Urakawa is pretty much considered the homeland of Japanese thoroughbred horses, with as many as 300 ranches in the area. Urakawa boasts of the world’s first 1-km-long indoor training area, on top of other world-class facilities aimed at producing the best racing horses. 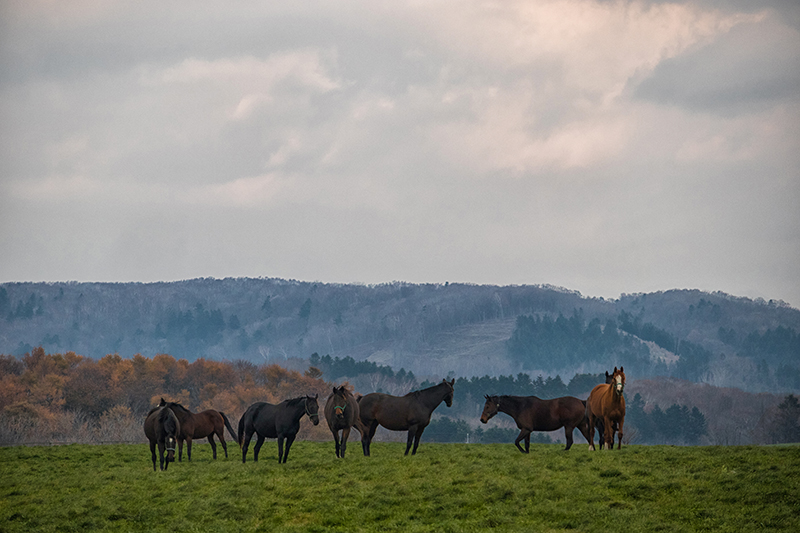 Shutterbugs can look forward to more than just horses at Urakawa, though. The vast lands of Urakawa offer great photo opportunities for landscape photography. And with low light pollution in the town, we even tried our hand at shooting star trails at night. 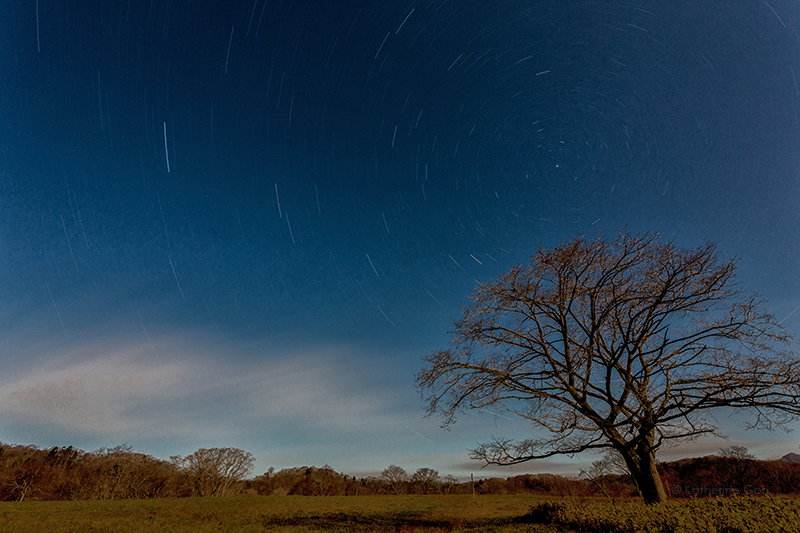 Cape Erimo is well-known for its extremely strong winds, so strong that we actually felt like we were almost blown away – literally – when we were there. However, if you dare to brave the strong cold winds, you’ll be blown away by something else – the views.

Situated at the southernmost tip of the Hidaka mountain range, the cape rewards the intrepid traveller with a sprawling view of the Pacific Ocean and 60-metre-tall rocky reefs formed by fierce breaking waves. The fact that no tall trees are found here attest to Cape Erimo’s reputation for being one of the windiest in Japan. 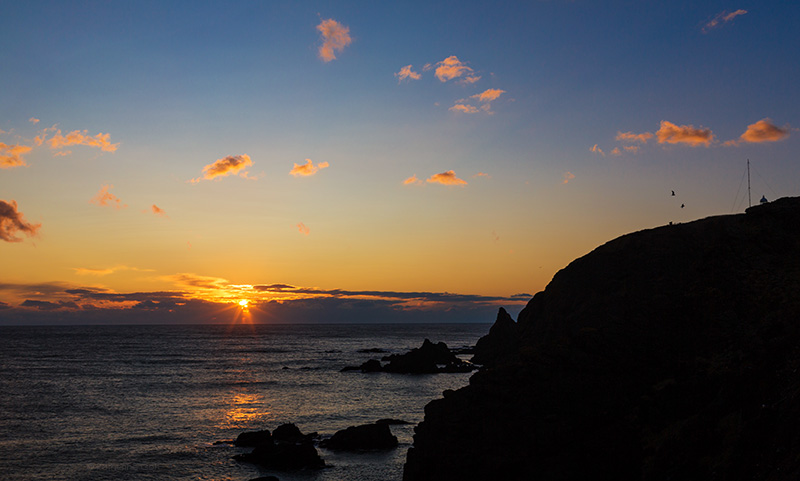 There is even a Wind Museum here, which might offer some reprieve for visitors hiding from the wind. On a lucky day, you might catch a glimpse of seals on the reef, using the binoculars provided at the observatory in the museum.

Cape Erimo is also a popular spot where people flock there to see the first sunrise of the New Year. Imagine the sight of magnificent orange sunrays peeking through the rocky reefs. What a way to start the year.