What's On
You are at:Home»Entertainment»GIVEAWAY: Embark on a Magical Journey with Disney on Classic ~ A Magical Night
By Katherine Goh on June 8, 2015 Entertainment, Promotions, Singapore

For the first time ever in Southeast Asia, Disney on Classic ~ A Magical Night comes to Singapore with a live orchestral show, bringing to life familiar Disney favourite tunes by the Metropolitan Festival Orchestra. It will run for two nights only on 16 and 17 July 2015 at The Star Performing Arts Centre.

Disney on Classic ~ A Magical Night is the most successful live orchestral show in the Disney franchise and it has had 12 years of sold-out performances in Japan. This year, the inaugural performance in Southeast Asia takes place in Singapore as the first stop, where Disney music maestro Brad Kelley of the Metropolitan Festival Orchestra will deliver a full-length concert featuring the most well-loved tunes from the Walt Disney Studios songbook. Kelley will be joined by eight international singers and members of the Orchestra JAPAN, including concertmaster Takashi Aoki. 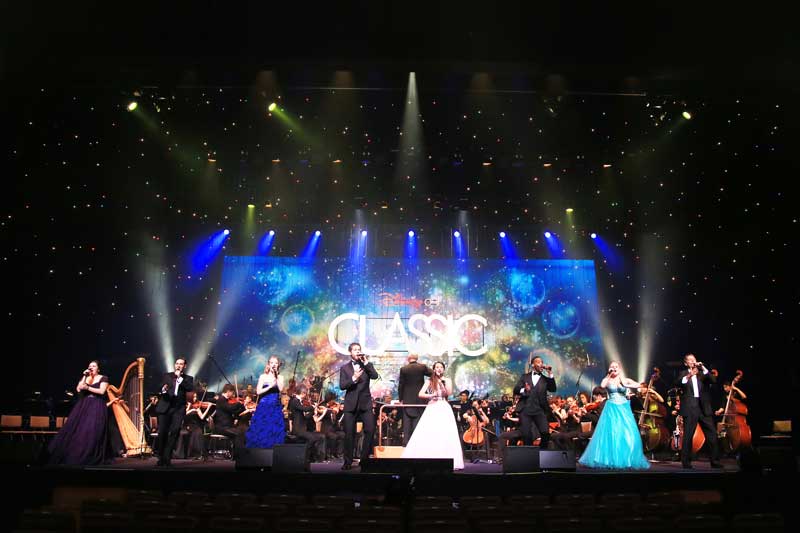 You can expect beautiful tunes with original footage from classic Disney movies, such as Snow White, Cinderella, The Little Mermaid and Frozen, to name a few. For a full dramatic cinematic effect, scenes from the movies will be projected on an immense screen, promising a memorable musical adventure for you and your family.

What: Disney on Classic ~ A Magical Night ASIA TOUR 2015

Tickets: Ticket prices range from $35 to $165 (excluding booking fee), and are available online and at all SISTIC authorised outlets.

Asia 361 is giving away 2 pairs of tickets (worth a total of S$480) to 2 lucky readers! To win our giveaway, simply follow the following steps:

Contest ends at 11.59 pm on 1 July 2015. Winners will be notified via Facebook and/or email, and must be able to collect the tickets on 17 July 2015 at The Star Performing Arts Centre, Singapore.