What's On
You are at:Home»Eat & Drink»Say Hello to the World’s First Hello Kitty Chinese Restaurant
By Katherine Goh on May 17, 2015 Eat & Drink, Hong Kong

Not everyone can quite understand the fascination with Hello Kitty, but one thing for sure, the cat with no mouth is extending her domination worldwide. This time, Hello Kitty has found its way into a Chinese restaurant in Hong Kong.

Oh yes, think Hello Kitty’s face staring back at you from that dim sum steamer basket. 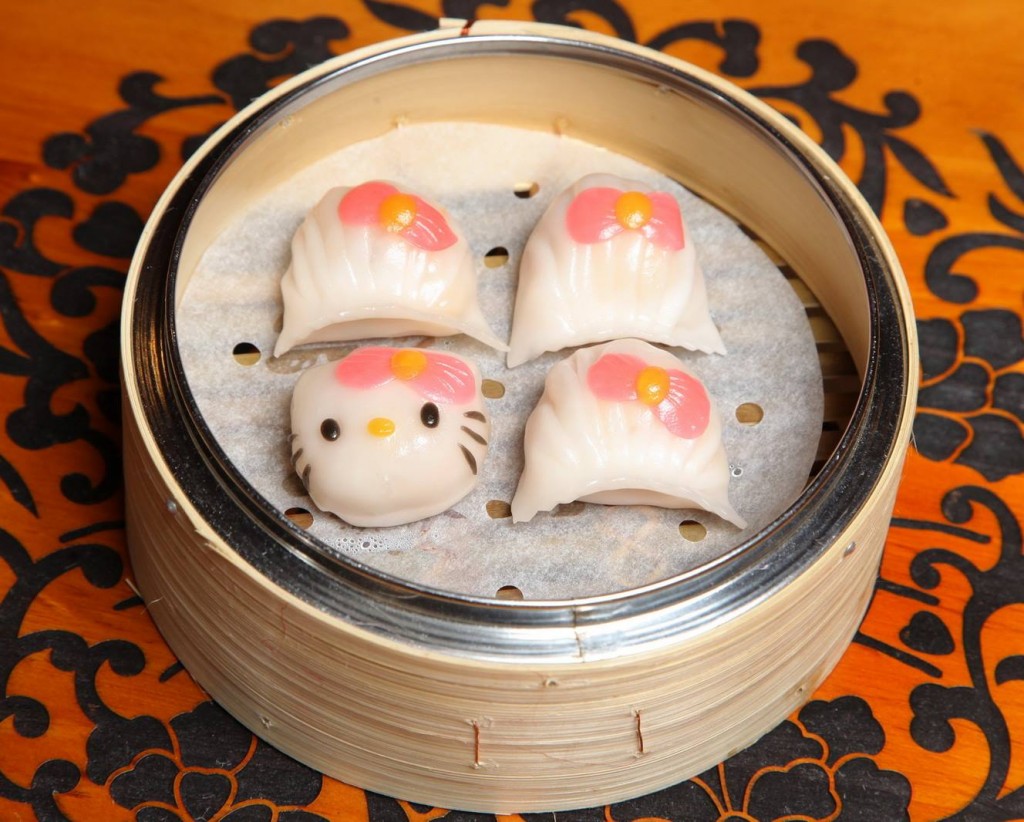 Restaurant owner Man Kwong first started selling his idea to Sanrio, the company which owns the Hello Kitty copyright, in late 2013. It was only almost half a year later before he got Sanrio on board in April 2014. Since then, he and his team of chefs have experimented with hundreds of different dim sum dishes to get the nod from Sanrio executives before the final menu of 37 items materialised. 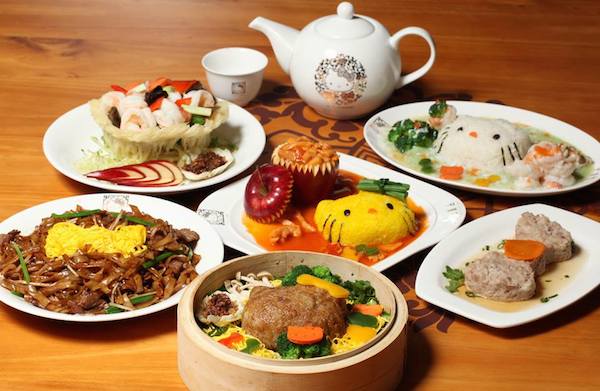 The menu of the restaurant – which was given a no-brainer name of Hello Kitty Chinese Cuisine – comprises regular dim sum items such as prawn dumplings, steamed buns, sponge cakes and lotus paste buns, except that all will be shaped like Hello Kitty. Apparently, making the items is not easy – there are as many as 17 steps involved in creating the buns alone. 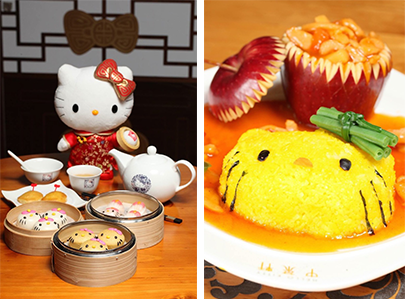 Diners can also rest assured that the dishes are also all made from natural ingredients. For instance, the Hello Kitty eyes are dotted using squid ink and beetroot juice is mixed with flour to get the pink colour for the Hello Kitty bow.

The restaurant is set to officially open on 1 June 2015. However, it already had a soft launch in April. Needless to say, long queues have been snaking out of the restaurant since then. If you dread the queue, you’ll be happy to learn that the restaurant will soon be introducing an online system for making reservations on its website. 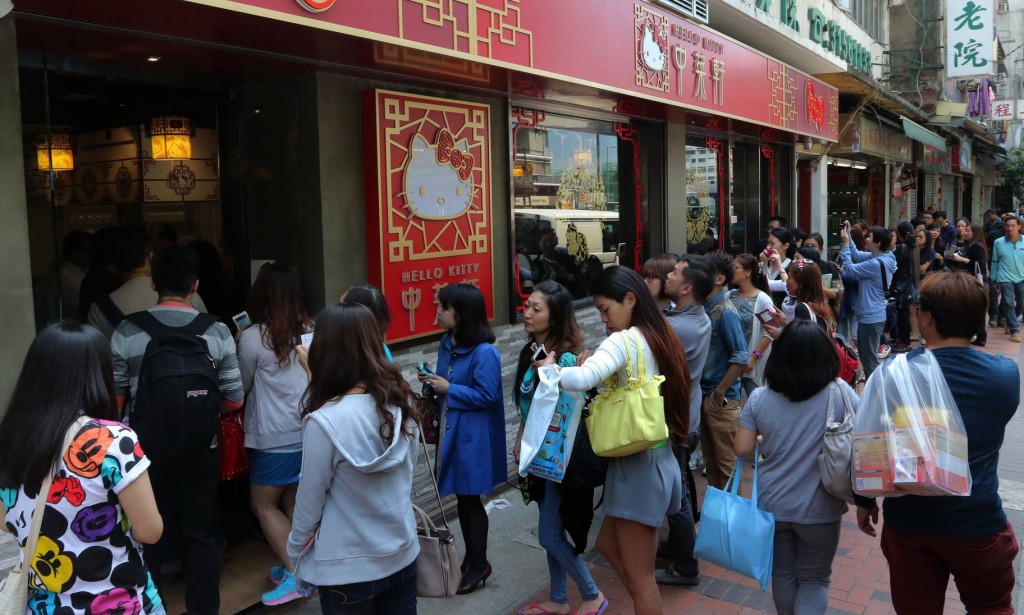