What's On
You are at:Home»Countries»Indonesia»Casio EXILIM EX-FR10: The “Variable Fighter” Camera
By Justin Teo | Senior Writer on May 16, 2015 Indonesia, Singapore, Tech

As a kid in the 80s, one of the “cartoons” that influenced me deeply and spurred in me a subsequent interest in aviation and manga was the Macross animated series. Among the many reasons that made Macross one of the most popular anime series ever, one particular idea was quintessential of Macross – the “Variable Fighter” concept.  The VF-1 Valkyrie variable fighter could transform from a conventional fighter jet into a Battroid mode, which is a humanoid or robot form, or a “GERWALK” mode, which is somewhat like a fighter jet with legs and hands. The “Variable Fighter” still captures people’s imagination up till today with modern remake sof Macross anime.

When I first saw the Casio EXILIM EX-FR10 camera, I was reminded of Macross, because it too, is a camera that can transform into three different forms just like the VF-1 Valkyrie variable fighter, depending on what it needs to do.  Let’s take a look at the three forms that the EXILIM EX-FR10 can take:

This is the conventional form for a compact camera, with the camera and LCD screen back to back.  The EXILIM EX-FR10 has a 14-megapixel sensor with a 21mm F2.8 lens. It takes microSD memory cards with internal rechargeable batteries. The camera body is dust-proof, splash-proof and shock-resistant from a two-metre drop. 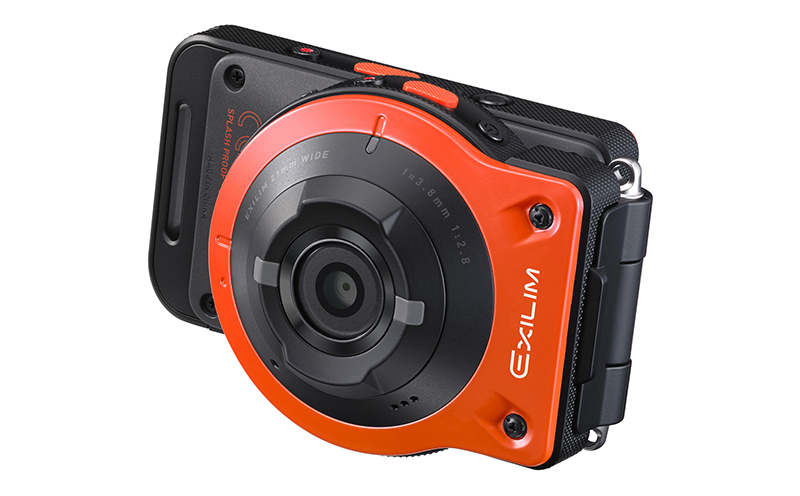 The second form is the “selfie” camera, when the controller module is flipped around on a hinge, presenting the LCD touchscreen with the camera pointing in the same direction.  It becomes ideal for composition of self-portraits, or small group photos. 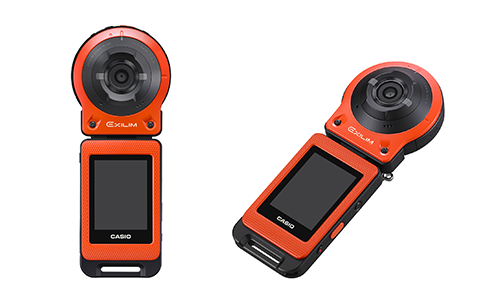 I was given the opportunity to take the Casio Exilim EX-FR10 for a spin (pun intended) during the inaugural Casio Nongsa Cycle 2015 in Batam, Indonesia on 8 May.  The Casio Nongsa Cycle was a road race covering a 12 km loop over rolling hills in Nongsa.  Since it was my first road race, I went for the 24-km “Wannabe” Category, instead of the full 60-km race.

The EXILIM EX-FR10 camera module is mounted on my helmet with the included accessories.

On race day, I used the “split style” and mounted the camera module on my helmet, with the controller unit on the handlebar of my bicycle.  The camera comes with a good range of attachments and mounting accessories in the box, so mounting it to my helmet was a breeze.  In addition, knowing that the EXILIM EX-FR10 is splash-proof and shock-proof, I did not have to worry about rain, or damaging the camera during a bike race. The mounts were well-designed, such that I could mount and dismount the camera easily from my helmet, in order to use it on my selfie-stick for some pre-race fun shots. 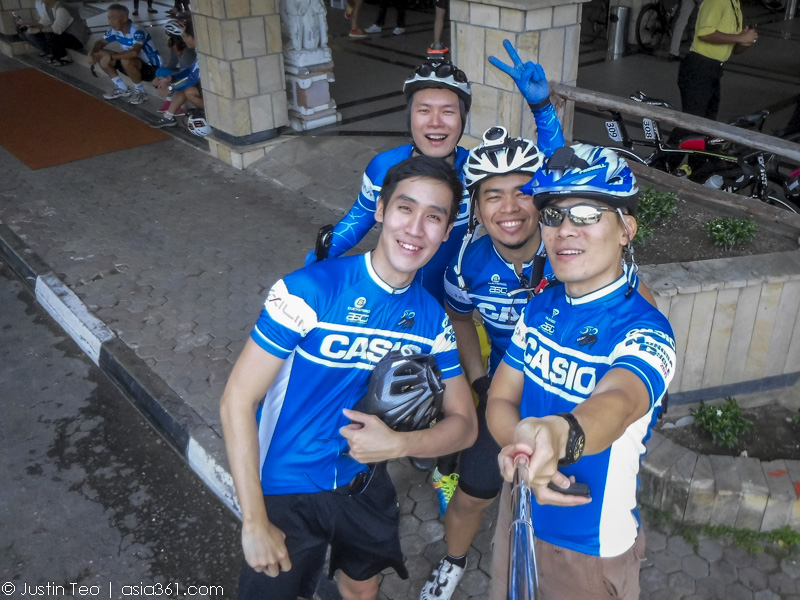 Wefie with fellow bloggers using the FR10 camera mounted on my own selfie stick.

During the race, I could easily make sure my camera was pointing in the correct direction using the screen on the controller module. I could also take photos and videos using the dedicated shutters for each respectively. Having a touchscreen on the LCD display made changing simple settings easy, so I could concentrate on getting over the eternal hills of Nongsa. 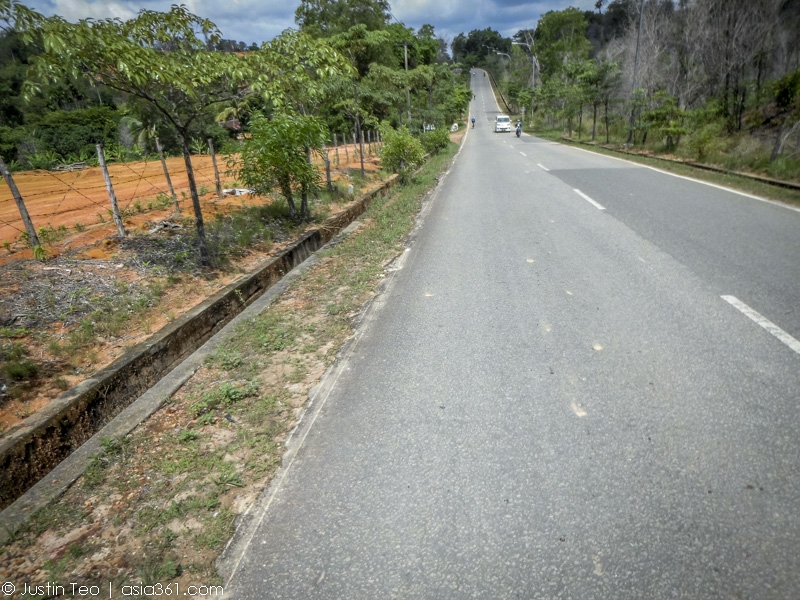 One of the many hill climbs of Nongsa we have to conquer.

Truth be told, I had doubts about the compact EXILIM EX-FR10’s batteries lasting the entire race. To my relief, it stood up to my demands and lasted my entire race. I was able to get some good footage for my video montage.  The EXILIM Link app also came in useful when I wanted to quickly upload some photos on Instagram and Facebook after the race. I did not need to have a laptop to transfer the photos and share them on social media. 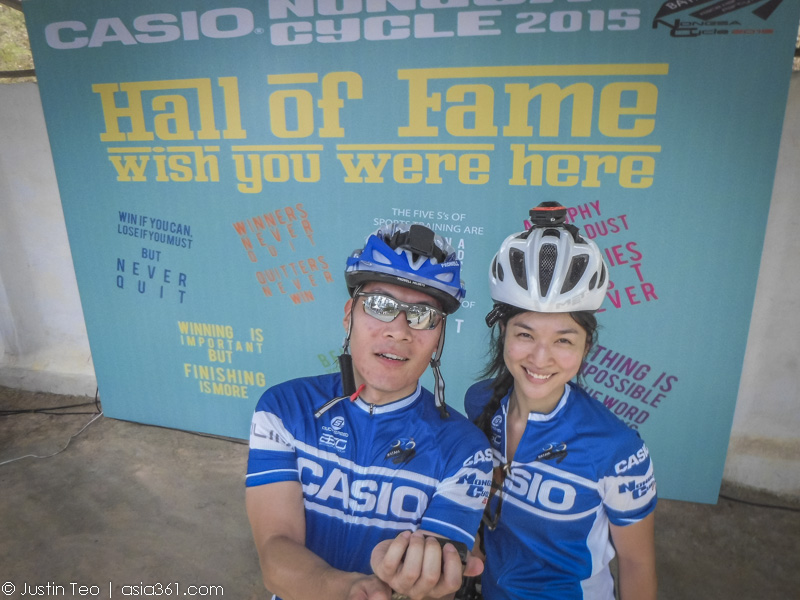 Selfie with Fitness Blogger, Donna Samuel, at the finish line. Selfie with photographer, Danny Santos. He completed the 32 km category.

The camera did not stop to impress even after the Nongsa event.  I let my 2 year-old nephew play with it, knowing that it is shock-proof and “drool-proof”, and he managed to managed to squeeze off some shots! The EXILIM EX-FR10 is a straightforward point-and-shoot operation – no fiddling around with dials and a multitude of buttons. The FR10 has three buttons: on/off, photo shutter, video record, on both the camera and controller modules.  Each button has its own tactile design; I would know which button I was pressing without having to look just after a few tries.

All in all, I found the EXILIM FR10 to be a uniquely versatile camera, just as the Macross variable fighter was in the anime.  With its three different forms and hardy construction, the FR10 is suitable for the casual outdoor shooter who requires a camera that can be easily mounted anywhere, rugged enough to withstand a thunderstorm or a roll on the beach, easy to operate, and at the end of the day, allows sharing of photos with friends and family conveniently and quickly.

The EXILIM EX-FR10 camera comes in three colours – Red, White and Green – and is now available at all Casio authorised retailers in Singapore at a recommended retail price of S$699.

Watch the video I took during the race using the EX-FR-10 camera: