What's On
You are at:Home»Lifestyle»Change Climate Change with Earth Hour 2015
By Katherine Goh on March 13, 2015 Lifestyle, Singapore

Do you know that 2014 was the hottest year on record for our planet? The climate change threat is staring at our face, and this stubborn threat is what Earth Hour of World Wide Fund for Nature (WWF) will tackle this year. Come 28 March 2015, Earth Hour will roll across the globe at 8.30 pm (Singapore time).

Now into its ninth year, Earth Hour started off as a symbolic lights-off event in Sydney, Australia in 2007. Since then, it has grown in stature to become the world’s largest environmental movement, involving 162 countries and more than 7,000 cities. It has brought millions of people together to show their support for a more sustainable environment.

In conjunction with Earth Hour this year, WWF Singapore has launched its first-ever Climate Change Trail along Orchard Road in Singapore. Open to the public from 13 to 28 March, the interactive Trail simulates three extreme scenarios brought about by climate change. It features a Housing Development Board (HDB) flat caught in a heat wave, a supermarket where people fight out food amidst food scarcity, and a shelter set up in face of intense flooding. 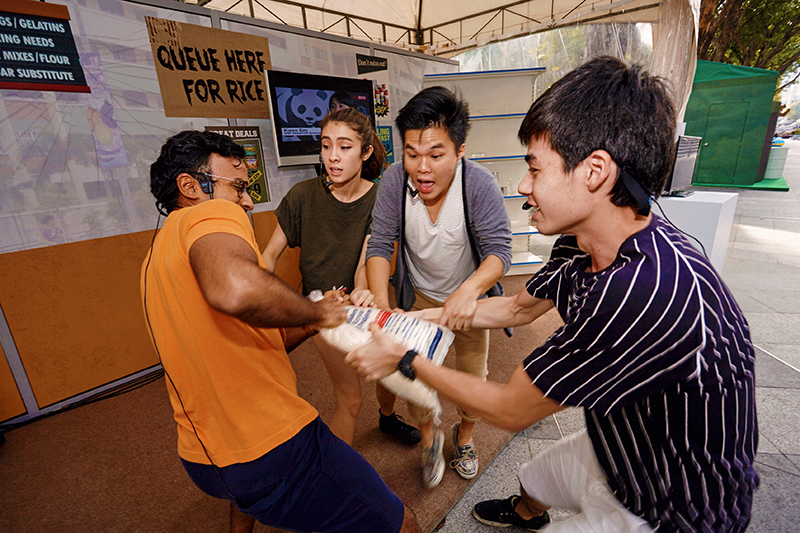 One interesting highlight at the Trail, which takes about 10 minutes to complete, is Tap2Donate — visitors will be able to use their EZ-link card to make a donation in support WWF’s ongoing climate change efforts. The Climate Change Trail is located along the pedestrian path outside ION Orchard and Wisma Atria.

“There is no doubt that individuals are the ones with the power to make a difference,” shared Elaine Tan, Chief Executive Officer, WWF Singapore at a press conference yesterday.

“Change can begin with you.”