What's On
You are at:Home»Countries»China»Macau»Hollywood Roosevelt Hotel Set to Open in Macau in 2016
By Katherine Goh on March 2, 2015 Macau, Travel

The renowned Hollywood Roosevelt hotel from Los Angeles is set to add to the glitz and glamour of Macau come early next year. The new Roosevelt Macau will be built near to the enclave’s Cotai Strip entertainment hub.

Staying true to the flamboyant style of its Hollywood namesake, the Roosevelt Macau will be developed as a “jetset retreat”  and its design is said to be a modern take on Hollywood glam with a 1950s retro twist. The 12-storey Roosevelt Macau will house 373 guest rooms ranging from superior to suites, with balconies overlooking the sea and the neighbouring Macau Jockey Club. Guest accommodation will also include four villas. 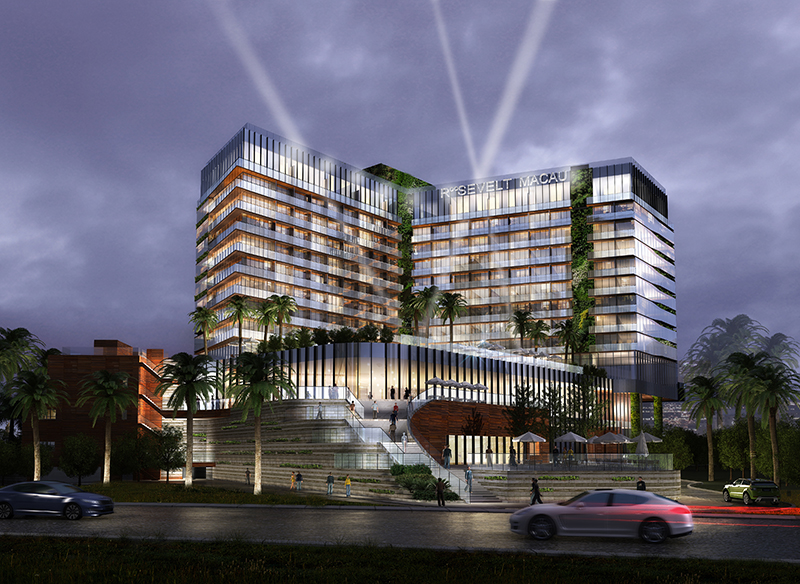 The new Hollywood Macau will open in early 2016.

Future guests can look forward to a glamorous private VIP club with its own wine bar, exclusive wine cellar and cigar lounge, and a private open-air swimming pool with a bar and cabanas which is set to become renowned for LA /Miami-style pool parties with DJs and live music. In keeping with its Hollywood heritage, the hotel will also feature a movie screening room – along with state of the art recreational and meeting facilities.

A prominent landmark in movies, the legendary hotel in Los Angeles hosted the very first Academy Awards in 1929 and was famed as Marilyn Monroe’s home.