What's On
You are at:Home»Lifestyle»Pink Dot is Here Again
By Katherine Goh on February 17, 2015 Lifestyle, Singapore 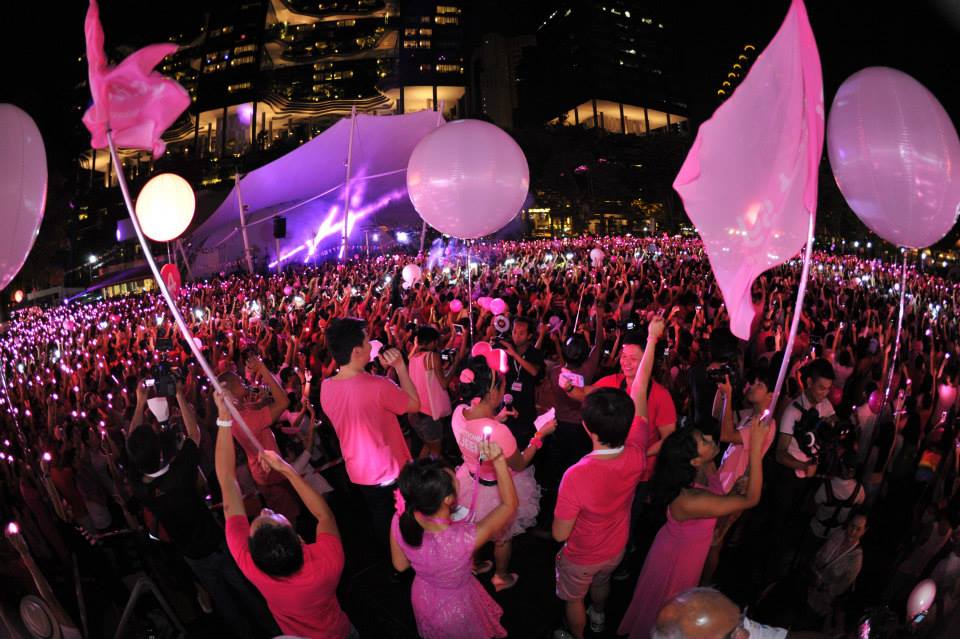 Come 13 June 2015, Pink Dot will once again transform Speaker’s Corner at Hong Lim Park into a sea of pink.

Pink Dot is an annual event for all, and not just limited to the LGBT community, to show their support of freedom to love, regardless of one’s gender and sexual orientation. It first started modestly with 500 participants in 2009 and since then, the event has grown in stature. Last year, Pink Dot saw 26,000 participants gather on the grounds of Hong Lim Park to support equality for all – the largest gathering at Speaker’s Corner to date.

Traditionally, Pink Dot is held at the end of June. However this year, the event has been moved forward to mid June out of respect for Muslims observing Ramadan in the later part of the month.