What's On
You are at:Home»Travel»What to Do in the UNESCO World Heritage Site of Hoi An in Vietnam
By Marky Ramone Go on January 19, 2023 Travel

Hoi-An, Vietnam’s ancient settlement, exudes a bygone era dating back to the 15th century. It has become a key tourism destination in Central Vietnam, thanks to a well-preserved architecture that has shaped a fabled past of a historic Southeast Asian commerce centre.

A trip through the old alleyways of Hoi An may suffice to transport you back in time without the use of a time capsule machine. Like I imagined as I boarded my bus from Ho Chi Minh, a magnificent age-old town welcomed me in Hoi An.

Here are some more activities to partake in when visiting Hoi An, a recognised UNESCO World Heritage Site.

Take a walk along the old streets of Hoi An

During the day, a quaint ambiance will enchant you with the combination of traditional architecture supplemented with local and foreign influences found in the old quarters of Hoi An. Modest two-storey structures have been converted into retail stores, cafes, bars, and restaurants, sandwiched between several heritage houses and museums. When night falls, the streets of the old town are illuminated by a kaleidoscope of multicoloured lanterns in all shapes and sizes, adding an extra dose of whimsy to your stroll. Your visit to Hoi An will be unforgettable due to the abundance of visual treats along the way.

Cross the Japanese Bridge of Hoi An

As a mark of inclusivity, the Japanese community extended out to the old quarters in the 1950s by uniting the two communities with a bridge. Since then, the bridge has not only improved the relationship between the two nations, it has also become one of the most photographed spots in Hoi An.

The UNESCO World Heritage Site of My Son Ancient Sanctuary contains the ruins of a cluster of Hindu Temples built between the fourth and 14th centuries. Although US carpet bombings during the Vietnam War damaged most of the remaining temples, it is nevertheless a site to behold and made even more fascinating by the local tourist guide’s narration of the history. A headless statue in My Son. Photo © Marky Go.

My Son, roughly an hour’s drive from Hoi An, is a worthwhile day trip destination that will contribute to your knowledge of Vietnam’s history.

Get a taste of the gastronomical scene of Hoi An

Indulging in the local cuisine is essential to achieving a complete Vietnam experience. There is a wide variety of places to eat and drink in Hoi-An, as trendy cafés and restaurants line the streets on both sides of the ancient district and across the river. You can eat at a variety of places, ranging from gourmet restaurants to exotic food shops and street food stalls. 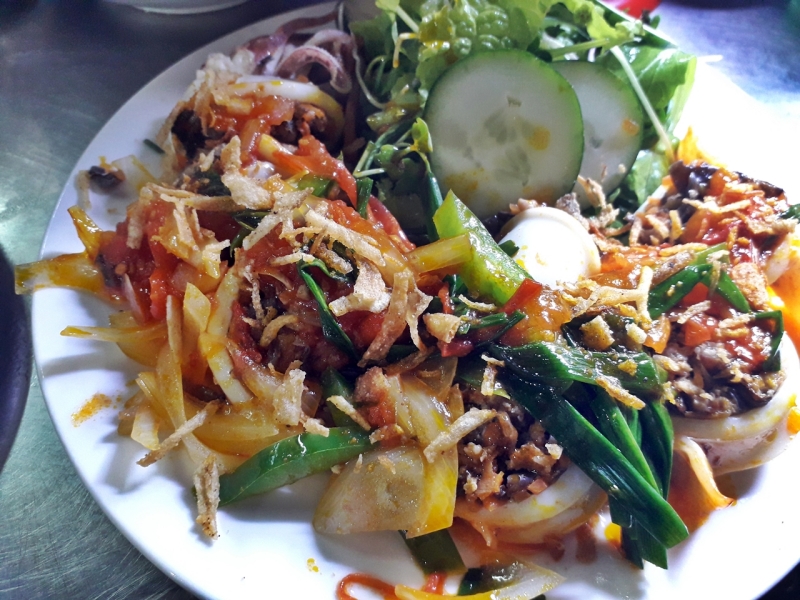 Vietnam is home to more dishes than its famed Pho; you will find there are plenty other cuisine that will leave you satisfied.

Shop until you drop 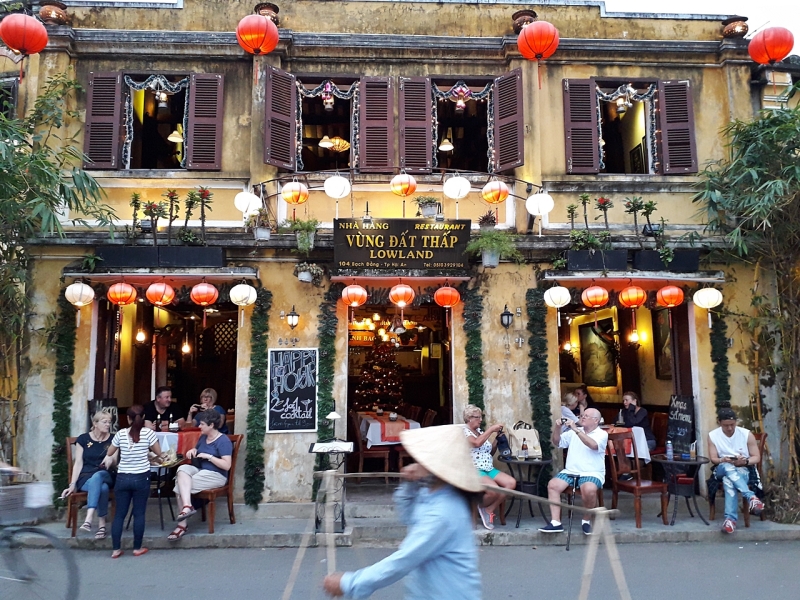 The shopping scene in Hoi An’s old quarters beats any strip malls by a mile. Colourful stores built inside old buildings provide an extra layer of attraction, and when combined with fascinating products to buy such as souvenirs, lanterns, artworks, vivid fabrics, and other creative crafts, one will undoubtedly have a great time shopping in Hoi-an.

Have a coffee, tea or beer while people-watching

When you get tired of wandering, stop at one of the many cafés along the old streets and relax with a cup of coffee, tea, or a cold beer on the balcony overlooking the street below. 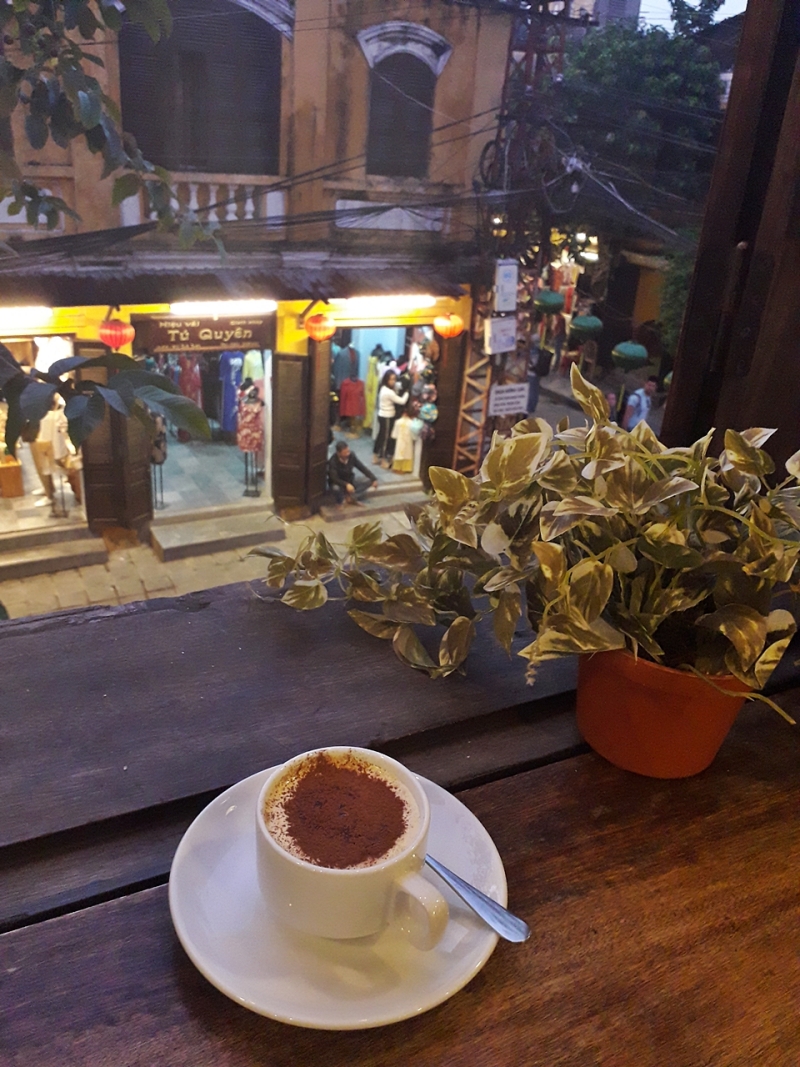 Having a drink and observing the people of Hoi An go about their daily lives is a great way to get a feel for the rhythm of this ancient trading port. Don’t forget to have a cup of tea at this writer’s favourite, the Reaching Out Tea House.

Take a day trip to the beaches of Da Nang 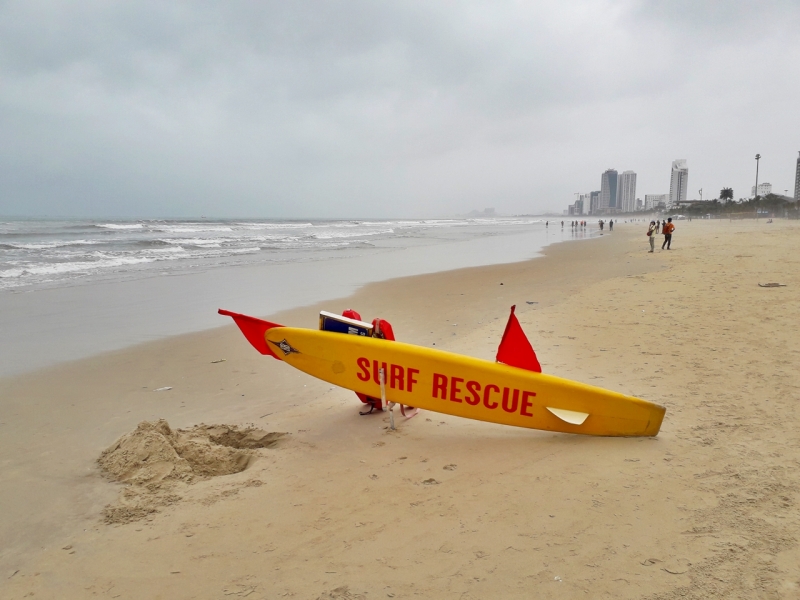 Had your fill of Hoi An’s ancient quarter and its wealth of cultural experiences? Then relax on Da Nang’s extensive beaches and soak up some rays. Danang is only an hour away from Hoi An, yet it’s a world away from the laid-back vibes of Hoi An. The Marble Mountains and the beautiful Hai Van Pass are also accessible from Da Nang on a motorcycle.

Traveling to a new place becomes a better experience when making new friends along the way. The atmosphere prevailing in Hoi An foster a lovely harmony between visitors and locals. 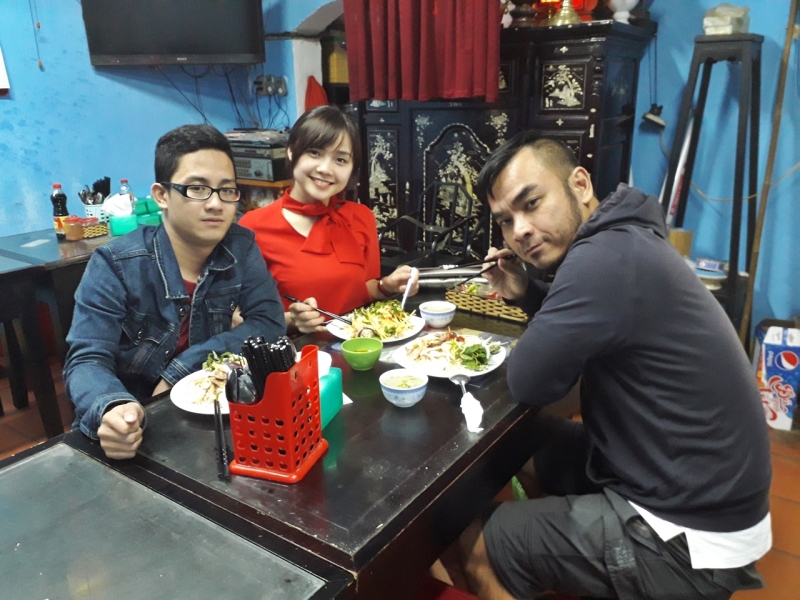 A toast to new friendships.

A wink or a smile is all it takes to introduce yourself to a new person and instantly feel more comfortable with them. It’s always nice to have someone to sit down with for a long, interesting talk over a dish of delicious Vietnamese food and a cup of freshly brewed Vietnamese coffee.