What's On
You are at:Home»Countries»Singapore»The Langham Opens Its Doors in the Luxury Enclave of Diriyah in Saudi Arabia
By Marky Ramone Go on December 7, 2022 Singapore, Travel

Slated to become the premier historical, cultural, and lifestyle destination in the Kingdom of Saudi Arabia, Diriyah, as a top-tier tourism destination, is welcoming luxury hospitality brand Langham to its extravagance haven.

The move follows the Langham Hospitality Group’s strategic growth around the world. The Diriyah Gate Development Authority and the world-famous hotel chain have signed a new management deal for The Langham in Diriyah, a Saudi Arabian suburb of Riyadh that is only 15 minutes by car from the city centre (DGDA). 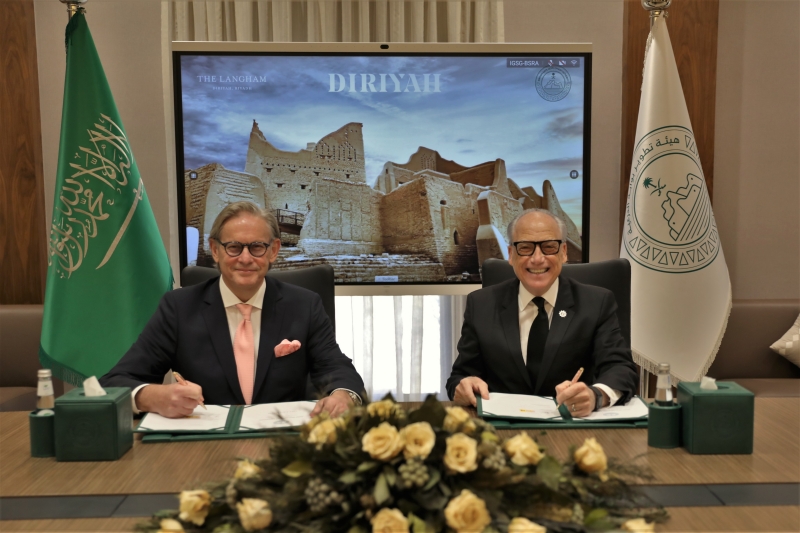 Set to open in 2026, The Langham, Diriyah will be a key component of the project designed to safeguard Saudi Arabia’s cultural legacy and pay tribute to it. In keeping with the Vision 2030 of the Kingdom, the city of Diriyah, the country’s origin, aspires to become the most visited cultural destination on earth. Featuring ancient Nadji Architecture and maintaining Diriyah’s natural components, the Langham, Diriyah, Riyadh, and the adjacent pedestrian-centric city, will become a contemporary homage to the past.

The Diriyah property aims to complement Langham’s other new landmark location in Venice on the European front.

On Diriyah’s main avenue, where all the best high-end stores will soon reside, you’ll find The Langham, Diriyah. Guests will appreciate being so close to many of Diriyah’s future must-see attractions because to the hotel’s prime location. At-Turaif, the most significant cultural landmark in the Kingdom and a UNESCO World Heritage Site, is only five minutes away by car, and the beautiful Wadi Safar, a popular ecotourism destination, is right outside the door. 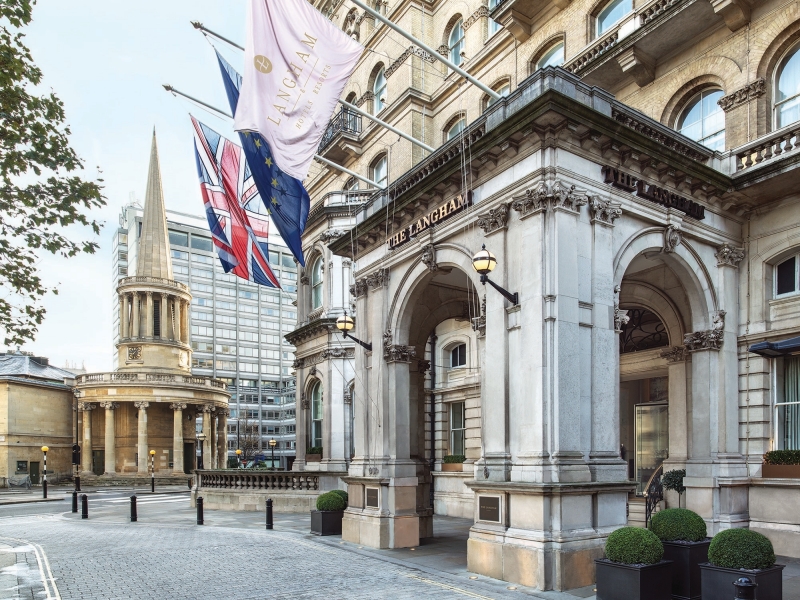 The Langham, London Exterior. This legendary heritage and timeless traditions is coming to Diriyah.

The Langham, Diriyah will bring the hotel’s storied heritage and timeless traditions to life in Diriyah with its 200 plush guest rooms and suites. The hotel has been designed to feel like a carefully selected art gallery, with spaces like the cozy Langham Club Lounge and the rooms themselves serving as mini exhibition spaces.

Innovative Approaches to the Dinner Table

In honour of the first afternoon tea ever served in a great hotel, which occurred at The Langham upon its opening in London in 1865, the hotel’s distinctive afternoon tea will also be available. While enjoying delicious pastries and brunch cuisine, guests may learn about and celebrate the rich tea and coffee traditions of the Middle East.

After spending the day touring Diriyah’s cultural treasures and vibrant souks, retreat to the rejuvenating Langham Chuan Spa, a holistic wellness concept that embraces the therapeutic philosophy of Traditional Chinese Medicine (TCM). And if that’s not enough, there are separate pool decks for the gents and the ladies, where you can cool off and unwind in peace. When it comes to men’s grooming, The Langham, Diriyah will be the place to go. There will be a wide range of options available.

Diriyah, a location that dates back 300 years, can be found within the province of Riyadh, about 15 minutes north-west of Riyadh’s central business district. Established in 1727, Diriyah, the first Saudi State has been the spiritual and political epicentre of the Kingdom and its leaders. The highly anticipated Diriyah project will pay tribute to Saudi Arabia’s history while attracting tourists and businesspeople from all over the world as part of the Saudi Vision 2030 plan.