What's On
You are at:Home»Lifestyle»You Need This For Your Next Big Party: XM Studio’s The Great Gatsby Spirit Collection
By Justin Teo | Senior Writer on June 14, 2022 Lifestyle, Luxury, Uncategorized

“There are all kinds of love in this world, but never the same love twice.” If you think you’re the romantic like F. Scott Fitzgerald, then the latest issue from XM Studio is the perfect gift to yourself. Drawing inspirations from the classic novel “The Great Gatsby” by F. Scott Fitzgerald, design studio XM, in partnership with Warner Bros. Consumer Products, has launched The Great Gatsby Collection – a spirit trio comprising of two Scotch Single Malts and a Cognac, all of which are single-cask.

XM is a Singapore design studio with a global, award-winning reputation for its hand-crafted, individually hand-painted statue collectibles.  In its debut into the spirits industry, XM is bringing the same philosophy of high quality, meticulous craftsmanship and exclusivity into The Great Gatsby Collection. 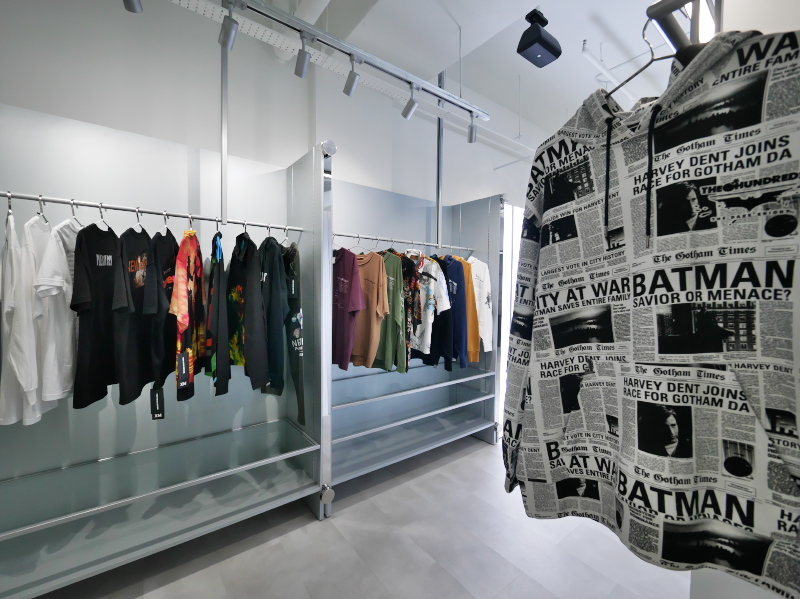 UNIC store at XM Studio features some of the biggest brands in apparel and design. Photo © Justin Teo | Asia361.

As a testament to XM’s strong reputation in curating the finer things in life, demand for the Collection has been high. Following this successful launch, XM will be developing future collections in the world of fine art and spirit.  Collectors who wish to enquire on the availability for purchase may do so via [email protected] 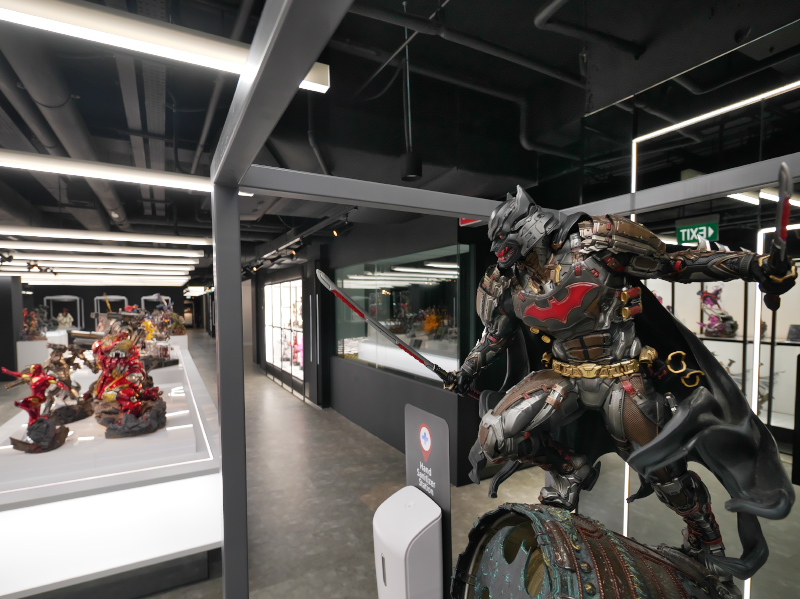 Like their projects for the collectibles, everything at XM begins with planning. The planning for The Great Gatsby project took over a year, as XM searched for the ideal whisky to match the gilded age of the period. It discovered that Cognac and Scotch Single Malt were indispensable at the lavish and glitzy parties of the Jazz Age in the Roaring Twenties.  With this in mind, XM worked closely with Malt Sainte, an experienced independent bottling company based in Singapore, to source for the line-up of small batch spirits. Special requirements for the spirits were prescribed, such as no additional colouring, no chill-filtration and undiluted cask strength, in order for the Collection to fully live up to the stellar quality and collectability of XM’s first spirit release.

The team also draws inspiration from “The Great Gatsby” for their standout packaging design.  Elements of the Jazz Age, from the eye-catching colours of the Art Deco styling, are incorporated based around the tale of writer Nick Carraway, his bewitching cousin Daisy and the mysterious millionaire Jay Gatsby. Each of the three bottles were individually designed to highlight elements of the spirit within. 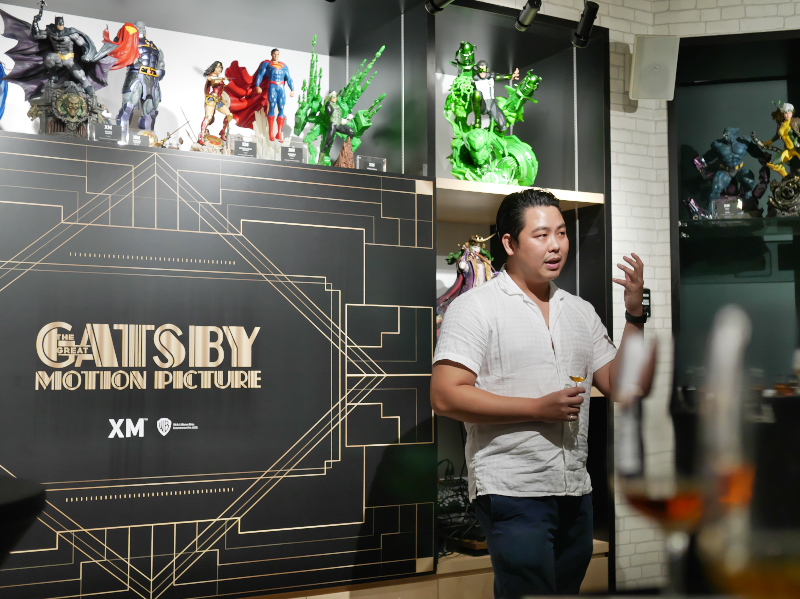 Distilled in 1991 and bottled in 2022, The Great Gatsby Bunnahabhain 1991 spent its maturation in sherry butt, lending it the character of Christmas cake and baking spices on the nose. The palate of preserved plums, brown sugar, cinnamon and canned fruit is rounded out by musk and leather-bound books, teasing out new flavour dimensions.  A touch of elegant wood tannins shows the whisky’s age, resolving in a medium to long finish.  Retail Price: 700ml – S$988, 1500ml – S$2088.

From the Scottish Speyside comes The Great Gatsby Glen Grant 1998. Having spent more than two decades in sherry barrel, it has a clean and sweet nose showing white grape, green apple and barley sugar.  The palate is backed up by sherry funk with pleasant pine and wood varnish notes, like those in a Fino sherry or Amontillado.

This was my favourite of the trio; It seemed milder than its cask strength of more than 50% alcohol would suggests, and the forward white fruits belies its complexities, especially after a few drops of water are added to release more tasting profiles. Its wide appeal to both novice and advance drinkers puts it ahead of the other two selections. With a signature honey note that gently glides into the finish, along with almost-there tannins, it’s an alluring whisky to be had for sure.  With Retail Price: 700ml – S$568.

Established since 1850 in the Cognac region, Vallein Tercinier is renowned for their premium, small batch Cognac.  The Great Gatsby Collection Vallein Tercinier Petit Champagne 1994 is expressive from the start, with a nose of grape, honey, cinnamon and tinned peach concentration. The sensation continues on the earthy mid-palette, which is full-bodied, oily and tannic, redolent of mate tea and coffee grounds.  A bitter-dry, medium-long finish is balanced and profound.  Retail Price: 700ml – S$368. 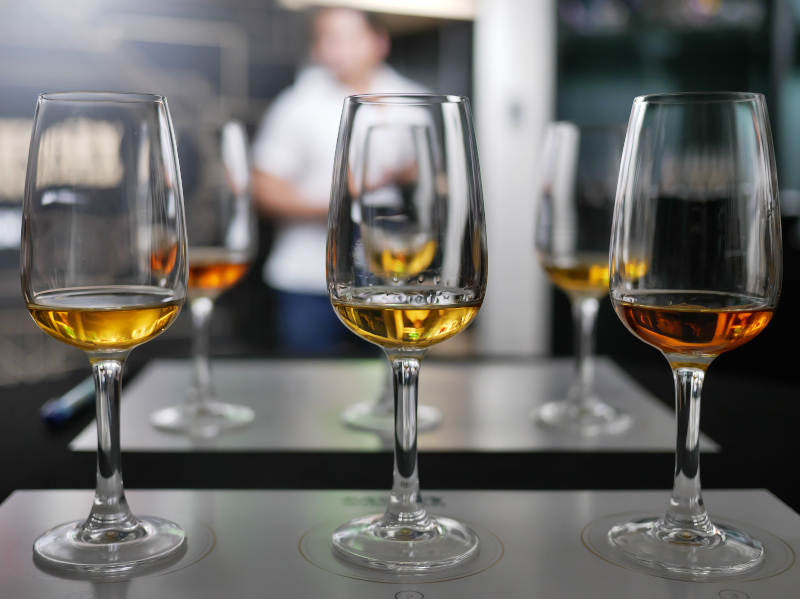 The Great Gatsby Collection Set includes Bunnahabhain 1991, Glen Grant 1998 and Vallein Tercinier Petit Champagne 1994, each in 700ml. Retail Price – S$1,888.  Just as Fitzgerald wrote about all the loves in this world, no two single-casks are the same; Once these are gone, they are gone forever. 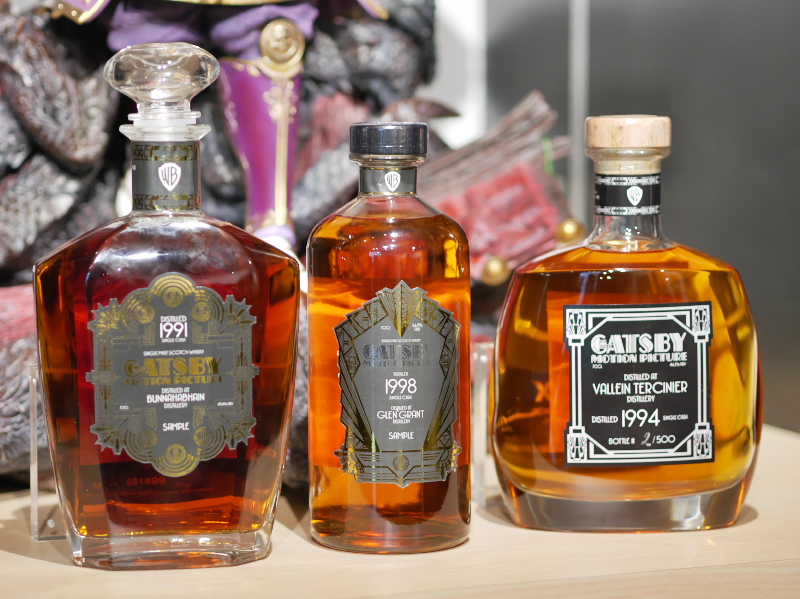 Founded in 2012, XM Studios is a Singapore-based global design studio specialising in the creation of hand-crafted luxury collectibles.  XM Studios is recognised annually by various international industry bodies as one of the best design houses in pop culture collectibles, having scooped up numerous awards from community-led events such as the Statue Forum Awards. XM Studios was the winner of Singapore’s Emerging Enterprise Award in 2018 and was previously award a prestigious “Mickey” award by Disney for Product of the Year. 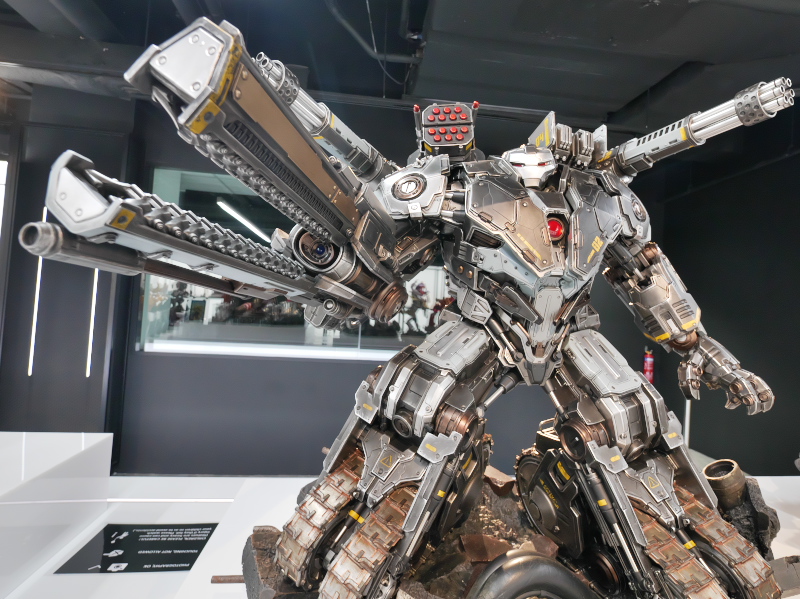 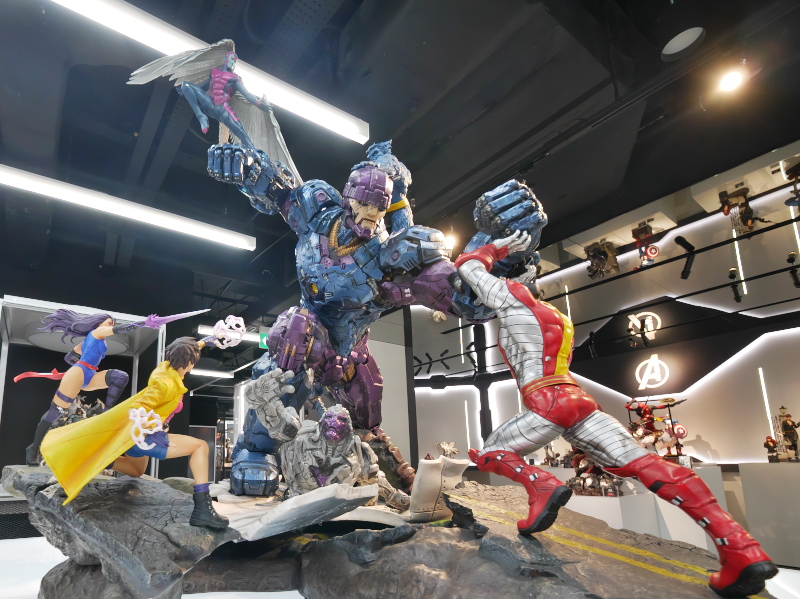 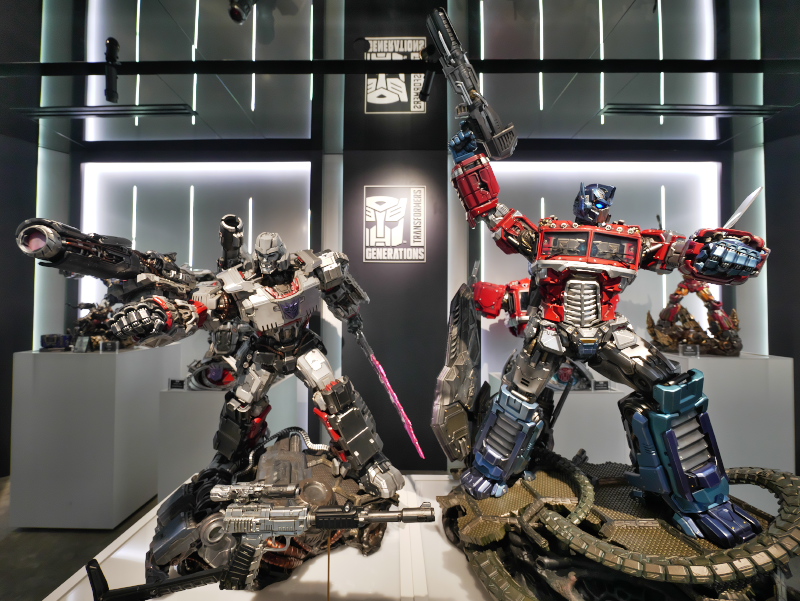