What's On
You are at:Home»News»Liverpool FC Faces Crystal Palace FC at Singapore’s National Stadium on 15 July
By Nicholas Tham on April 29, 2022 News, Singapore

Liverpool fans in Singapore has much to rejoice. The long awaited news of the Liverpool Football Club’s return to Singapore has finally been confirmed, with the Reds set to face fellow Premier League contenders Crystal Palace Football Club (FC) at the National Stadium on the 15 July 2022 in the Standard Chartered Singapore Trophy 2022. The announcement was kickstarted with video recordings of Liverpool manager Jurgen Klopp and Crystal Palace manager Patrick Vieira, who confirmed their excitement for the upcoming friendly.

The Reds have not visited Singapore since 2011, when they held an opening training session for their fans. Their last friendly in Singapore was in 2009, where fans were graced by the likes of Fernando Torres, Xabi Alonso and Jamie Carragher in a friendly match against the Singapore National Team. This time around, fans can look forward to the likes of Sadio Mane, Mohamed Salah and Trent Alexander-Arnold against Premier League quality opponents in Crystal Palace. As for the Eagles, this will be their first-ever visit to Singapore.

Speaking at a press conference on 26 April, TEG Asia’s managing director, Brendon Bainbridge, spoke on the possibility of organising live football matches in the region once again. He stated: “Liverpool is a brand that is very strong in the region, not just in Singapore. There’s lots of pent-up demand for die-hard football fans to come along so we’re very confident. It has been challenging but the news we got on Friday (about relaxing of COVID-19 regulations) has been encouraging. We’ve got almost three months till the match so we’re hoping for further easing.” 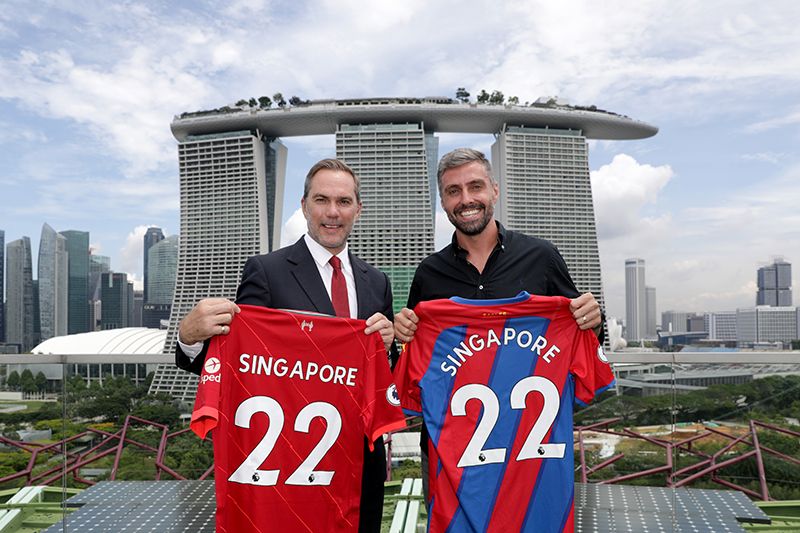 When asked about the possibility of Liverpool winning a quadruple of trophies this season, McAteer, a former right-back at Liverpool, was cautiously optimistic about his former club’s prospects.

“Psychology plays a big part now. As far as we’re concerned, we can only do what we do and that’s win football games. I wouldn’t put it past them to win the Premier League. The Champions League is the one I really fancy in Paris but we’ve got to get past Villareal first. We don’t want to be greedy but it would be nice if we do it (win the quadruple),” said McAteer.

The Reds, currently hot on the trails of Manchester City in the quest for their 20th league title, are also in the semi-finals of the UEFA Champions League and likewise for the FA Cup. 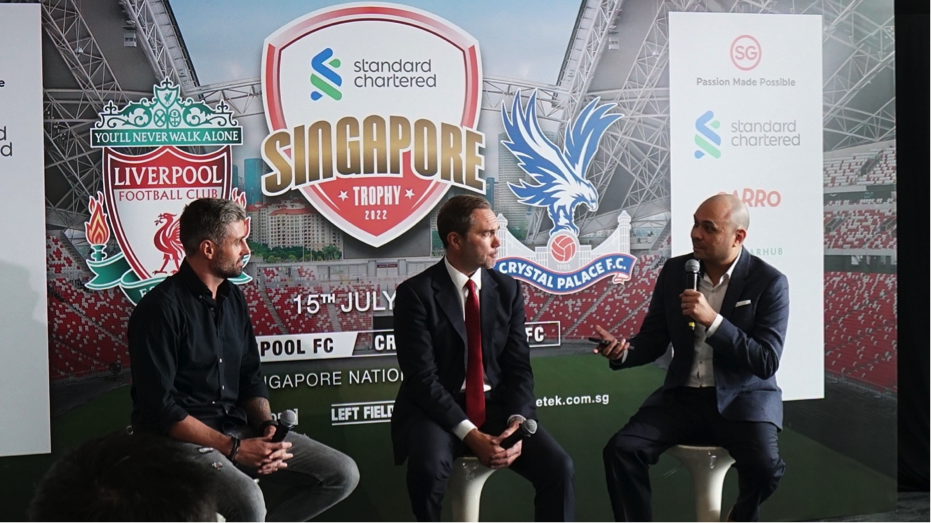 Tickets for the friendly will be available on www.ticketek.com.sg from 17 May 2022 onwards. Fans who are interested in getting on the waitlist can do so at the same website from 15 May onwards. Official match partner Carro will also be offering fans early access through its advance ticket pre-sale, which kick-starts on 10 May. There will also be exclusive promotion campaigns with prizes such as all-expenses-paid trips to catch the matches, match merchandise and autograph jerseys to be won.