What's On
You are at:Home»Countries»Japan»Is Japan Considering Opening Its Borders for Tourists?
By Staff Writer on April 5, 2022 Japan, Travel

Japan receives over 30 million tourists per year. That staggering number is understandable when you consider the myriad offerings that the East Asian country offers to its visitors.

Unfortunately, the coronavirus pandemic forced a shuttering of Japan’s borders. Government and health officials worked in tandem, monitoring the transmission levels of the virus before deciding that it was in everyone’s best interest to cut off the flow of incoming people.

This was particularly frustrating because tourism officials had spent a lot of time and resources revamping the visa application for Japan, streamlining the process to make it simple and safe for everyone involved.

While the decision proved to be wise for public health, it greatly affected the people who work in the tourism and hospitality sectors of the country. Those workers and their families have been anxiously awaiting the time when those same health officials would deem it safe to reopen Japan’s borders and once again allow a steady stream of tourists to enter Japan.

So, with so much time without that all-important influx of foreign capital, is Japan preparing to reopen its borders. If so, when?

April 2022 Will See A Return to Tourism In Japan There are many reasons why Japan should be your next getaway. Unfortunately, for quite some time, packing your bags and booking a flight there was not a realistic option for most.

That recently changed when the Japanese government decided to let in a daily maximum of 7,000 visitors per day. While that may sound like a relatively large number, consider that at its height, nearly 90,000 foreigners were crossing into the country for vacations and to visit family.

While that trial run is welcome news, it has hardly meant that just anyone can plan a trip. Visas and plane tickets have understandably been more difficult to acquire, which means the net effect has largely been as if the borders never reopened at all.

It appears as if those initial trial runs have gone well. Japanese travel authorities are all set to change that number beginning in April 2022. Instead of only 7,000 people arriving per day, April 1st will see that number rise to 10,000.

Ten thousand people are still nowhere near the number that individuals in the tourism sector hope to reach. Still, it is a step in the right direction. More importantly, it is indicative of the overall positive trend of the country’s current ability to control the coronavirus.

While the collective world has learned over and over again that COVID-19 continues to hold the ability to surprise us and return at any moment, the current trajectory of the virus seems to be more positive than it was even just a few months ago.

What Should You Plan For Your Japanese Vacation?

Japan is well-known for having a vast array of offerings for its tourists. If even such a thing is possible. The country of over 125 million people has a diverse set of attractions whether you are into big cities, rural escapes, food, art, music, or anything else you may hope to experience while on vacation.

For those travellers who are enamoured with big cities, there is perhaps no better offering on the planet than Tokyo. The sprawling metropolis packs over 37 million residents into its metropolitan area, making it the most densely populated urban area on the planet.

Despite the potential madness, Tokyo is famous for its order and cleanliness. It also boasts many options for fun and excitement.

Another unmissable city is Osaka. While there are several reasons why this city stands out from the other urban regions in the country, one thing, in particular, makes Osaka stand tall above other Japanese cities: Its cuisine.

Known as “the world’s kitchen,” Osaka, of course, has plenty of sushi but it also offers much, much more. A visit there is a must for foodies visiting Japan.

Beyond Tokyo: Getting Outside the City

Part of the magic of visiting another country is experiencing the little tastes of everything it offers. There is no way to fully experience Japan but getting outside of the city for weekend or day trips is a great way to get a sense of what the more rural and natural areas are like.

Perhaps the most well-known of these activities is hiking the Kumano Kodo Trail. This customisable walking area allows visitors to get a quick glimpse of the countryside and to experience the traditional village and guesthouse life. 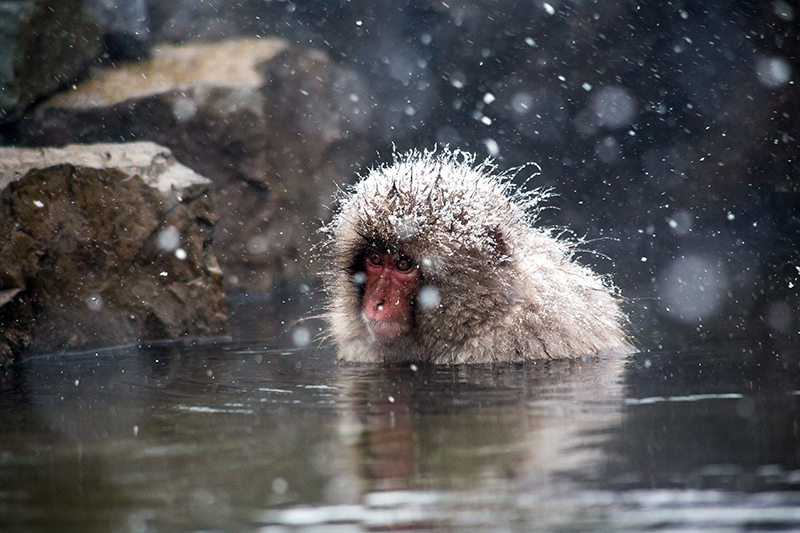 Another way to escape the city is to visit Jigokudani Snow Monkey Park. The name pretty much says it all here. The park is one of the best places to see the iconic monkeys who in the winter months love to take a relaxing dip in the local hot springs. The area is serene and remote and is a perfect addition to a Japanese holiday.