What's On
You are at:Home»Lifestyle»History Resurfaced – The Tragic Story of Bukit Chandu Unveiled
By Iyan Danial on September 20, 2021 Lifestyle, Singapore

A hail of bullets whizz past my head. Screams of terror begin to ring throughout the air. Smoke from the ammunitions fired and bombings obscure my view. I start to tremble from sheer fright at the pandemonium unfolding before me.

Then a clear voice rings out, “TAAT SETIA!” (“faithful and true” in Malay)

Hearing those words, my fear dissipates immediately. I haev fought for this long anyway, I can fight for a bit longer. I charge valiantly.

What you just read was my impression of the Battle of Pasir Panjang as I listened to a room with a multimedia show rich with emotions, sound effects and lights, held at the newly revamped Reflections at Bukit Chandu.

The World War II Museum, which closed in 2018 for redevelopment, had its grand opening on 9 September 2021. The revamped exhibition offers a much more immersive experience of not only the Battle of Pasir Panjang, but also the history of Bukit Chandu as the “Opium Hill”.

The heroic last stand of the Malay Regiment is displayed in its full glory in this museum. The museum contains an enhanced retelling of the Malay regiment that stood against a 13,000-strong Japanese force whilst being severely outnumbered. Apart from rooms showcasing the history of Bukit Chandu as a former opium operations site, there are also showcases of how the area once contained British bungalows and its proximity to the legendary local landmark, Longyamen ( which means ‘dragon’s teeth gate’ in Mandarin).

The exhibition is made up of three main sections on the first floor. These sections chart the story of the Malay regiment from their humble beginnings to their honourable last stand. The second floor then tells the story of Bukit Chandu before WWII. 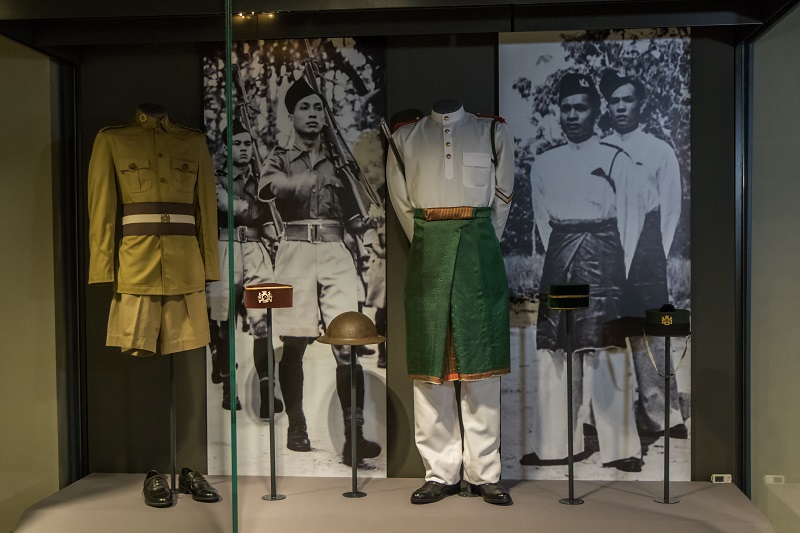 The first section traces the origins of the Malay regiment from the specially designed uniforms they wore to the equipment they used. It sets the context for how the soldiers must have seemed like back then. Into Battle, one of the sections of the exhibition; [email protected] Reflections at Bukit Chandu

This section follows the regiment’s story during the defence of Malaya and Singapore during the Japanese Invasion, culminating in the battle of Bukit Chandu on 14 February 1942.

The splendid multimedia show mentioned earlier can be found here. A ground map features the layout of the area around Bukit Chandu. There are also exhibits of weapons the Japanese and British may have used. Actual bullets from the fight have been exhibited, having been dug up from the nearby area.

The room has clearly been designed for maximum immersion. I personally had goosebumps when the multimedia show started showing “C” Company’s defence of Point 226. The dim lighting, solemn music and grave storytelling all add to the tragic tale.

The last section focuses on paying tribute to the men from the Malay Regiment.

By the time Singapore surrendered, more than a hundred men from the Malay regiment had been killed in action. A further 600 men had been detained by the Japanese and ordered to take off their uniform. They were given a choice to either don the Japanese uniform and join their forces or to become civilians once more.  Most refused to even take off their uniforms and as a result, were executed.

Having embodied their regimental motto, Taat Setia, to the very end, most of soldiers’ names will be inscribed on the walls of the museum till the end of time.

Life at Bukit Chandu before WWII

Visitors could proceed to the second floor where there is a comprehensive retelling of the History of Bukit Chandu before WWII has been prepared. 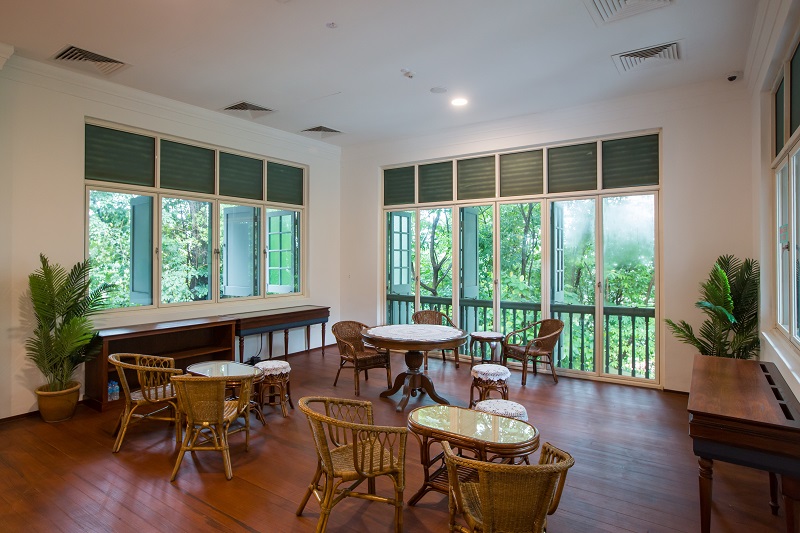 The Lounge, one of the sections of the exhibition; [email protected] Reflections at Bukit Chandu

You will first encounter The Lounge – simultaneously a rest area as well as an experience of how the former occupants of the Bungalow (now the museum!) would have seen the environment. There, one can take a glimpse of the nearby Singapore Straits as well as look through archival photographs. Packing Chandu, one of the sections of the exhibition; [email protected] Reflections at Bukit Chandu

A room beside the staircase leading up to the second floor leads visitors to Packing Chandu. Here, visitors can learn more about the history of opium production in Singapore and life at the Opium Packing Plant. Stunning replicas of the Opium-processing machines shed light on how workers may have led their lives back then.

Last but not least, two outdoor installations lead visitors to learning about Longyamen and the pineapple plantations which used to dot the area.

Overall, the exhibition offers a genuine and reflective experience of one of Singapore’s most famous sites. It should not be missed. History buffs, families and those interested in Singapore’s history can look forward to an enriching exhibition and a host of interesting programmes.

Admission to the museum is free for all from 9th to 26th September 2021. Singaporeans and Permanent residents will continue to enjoy complimentary admission beyond this period. There are also complimentary live-streamed tours by the curators of the museum on Facebook Live. (Fun fact: the dates also coincide with the anniversary of the surrender to the Japanese on 12 September 1945.)

The museum is fairly accessible with nearby carparks, bus services and MRT (Pasir Panjang MRT) . However, visitors should expect a short five-to-ten minute hike to reach the entrance. There is also a path to the nearby Kent Ridge park should visitors want to keep on adventuring after their museum visit.

Visitors are encouraged to pre-book their museum admission tickets and sign up for the opening weekend programmes ahead of their visit. Sign up via this link.

Iyan spends his time learning all sorts of things, including writing and reading. He also loves history and sometimes dreams about being transported and assimilating into a historical era.