What's On
You are at:Home»Eat & Drink»Sustainable and Ethical, The Purest Co Makes You Look at Bird’s Nest in a New Light
By Staff Writer on August 13, 2021 Eat & Drink, Singapore

Long before the term ‘superfood’ was even a term, bird’s nest has already etched itself as a food highly prized for its nutritional content and health benefits. It’s known as a traditional remedy since the days of ancient China – one that only royalty and the affluent could afford to consume. In fact, Chinese empress Wu Ze Tian of the Tang dynasty was said to regularly consume this superfood.

While there is no refuting of the goodness of bird’s nest, increasing consumer awareness has made more people question the sourcing of bird’s nests. Well, with Singaporean company The Purest Co, you can be sure that their bird’s nest are swiftlet-friendly and processed ethically.

The company adopt an ethical and sustainable practice of only harvesting swiftlet nests of which the younglings are already left. The nests are from farms across Indonesia and Malaysia, located near rain forests that are away from polluted cities and also provide ample food source for resident swiftlets. 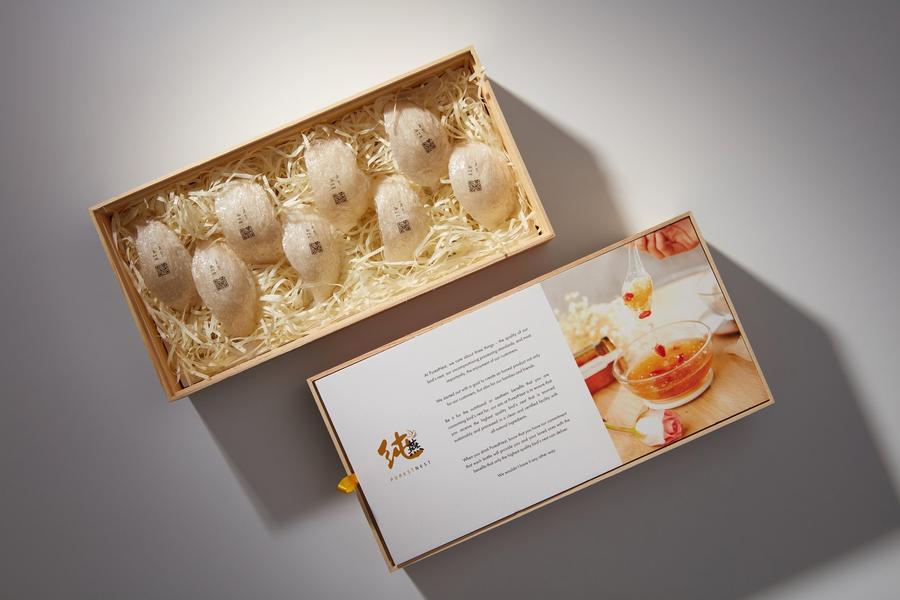 As discerning consumers might be aware, many manufacturers use bleach or glue to meld bird’s nests together to present a better-looking product while comprising on the safety and quality. For The Purest Co, the company adopts a 100% natural dry-pick methodology that uses intensive manual labour to process the harvested bird’s nests. After the harvesting and processing in Malaysia and Indonesia, the bird’s nests are cooked and bottled in Singapore, with stringent HACCP standards.

In fact, The Purest Co came about when co-founder Justin Chiam was sourcing for quality bird’s nest for his then-pregnant wife and he realised the offerings in the market are vague in stating the raw ingredients and nutritional value. He then embarked on a journey to find out the ins-and-outs of bird’s nest production and visited birdhouses in Medan, Indonesia. Thus, The Purest Co was born.

Anyone who have purchased and tried bottled bird’s nest would know that many of the offerings in the market often contain more syrup than bird’s nest itself. However, for The Purest Co, each bottle of their bird’s nest comes packed with 9g of authentic bird’s nest. There is no fillers or additives such as gelatine added. Each spoonful we tasted was full of bird’s nest; in fact, we hardly tasted any syrup. It was clean-tasting and not overly sweet. For The Purest Co’s bird’s nest, each bottle goes a long way. The recommended dosage is merely two spoonfuls of bird’s nest per day. This attests to how much bird’s nest is packed in a bottle. The remaining portion is to be kept in the fridge for up to a week.

Since its inception in 2019, The Purest Co has sold over 40,000 bottles of bird’s nest. The company is also among the first few in Singapore to introduce a subscription service for their products. One of their newest products is the ‘Cave Origin Bird’s Nest with Classic Rock Sugar’, which gives a smoother and more pronounced taste using a homemade recipe. The Purest Co also offers other products such as snow hashima and collagen glow berries, apart from bird’s nest.

For more information on The Purest Co, check out purestnest.com.