Some like it hot. Some like it sweet. How about both hot and sweet then? Riding on the success of its last seasonal Truffle Butter Lobster Roll, Luke’s Lobster Singapore is rolling out (pun intended) yet another new seasonal roll – the Hot Honey Lobster Roll.

The Hot Honey Lobster Roll will be available from 1 April through the month of May 2021. This limited-edition roll was first launch in the States in end 2020 as a partnership between Luke’s Lobster and U.S. hot honey purveyor Mike’s Hot Honey.

Priced at S$27.50, the Hot Honey Lobster Roll comes with four ounces of sustainably sourced Maine lobster claw and knuckle meat infused with Extra Hot Mike’s Hot Honey, sandwiched by the signature butter-slathered bun and finished off with chilli powder on top. Given Singaporean’s penchant for spicy food, the Hot Honey Lobster Roll might disappoint in the heat department though. We had a taste of the roll and felt that the chilli didn’t have enough kick; on a scale of 1 to 10, we would give it just a 2 in terms of spiciness. Having said that, this means the roll is accessible to those who can’t take spicy food. 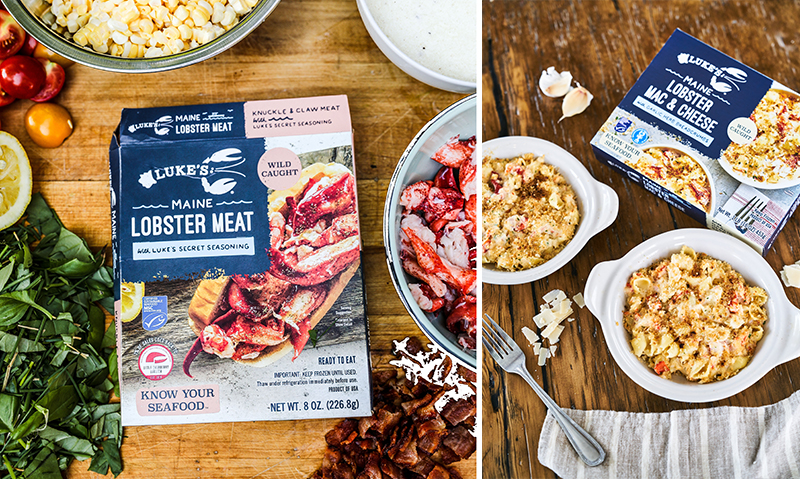 For those who aren’t so keen to make the trip down to Shaw House or Jewel Changi Airport, you can now enjoy Luke’s Lobster within the comforts of your home. Pre-packed, flash-frozen Luke’s Lobster’s favourites are now retailing at FairPrice Finest outlets, except Funan Mall, 111 Somerset and Changi City Point. These include Lobster Meat with Seasoning (S$42) that comes in two pack for you to assemble on your own; the Lobster Tail with Seasoning (S$36) for two slabs of flash-frozen and half-shelled tails and lemon-garlic marinade; Lobster Bisque (S$17); and Lobster Mac and Cheese (S$31).