What's On
You are at:Home»Entertainment»Ben Affleck and Stars Land in Singapore for Netflix’s Triple Frontier
By Cheryl Yeoh on March 10, 2019 Entertainment, Singapore

Out with its red carpet once again, The Shoppes at Marina Bay Sands hosted a fan and media event last Friday night for Netflix’s upcoming original film, Triple Frontier. Singaporean fans got the golden opportunity to get up close and personal with stars Ben Affleck, Charlie Hunnam, Garrett Hedlund and producer Chuck Roven.

Though other two co-stars Pedro Pascal and Oscar Isaac were unable to make it down, more love was outpoured onto the Hollywood stars who were present that night. Despite only landing in Singapore only a few hours before the event, the stars brought their A-game and graced the red carpet over an hour, spending their time taking selfies with some lucky fans and signing autographs.

Fans finally get their long-awaited selfie with Ben Affleck. 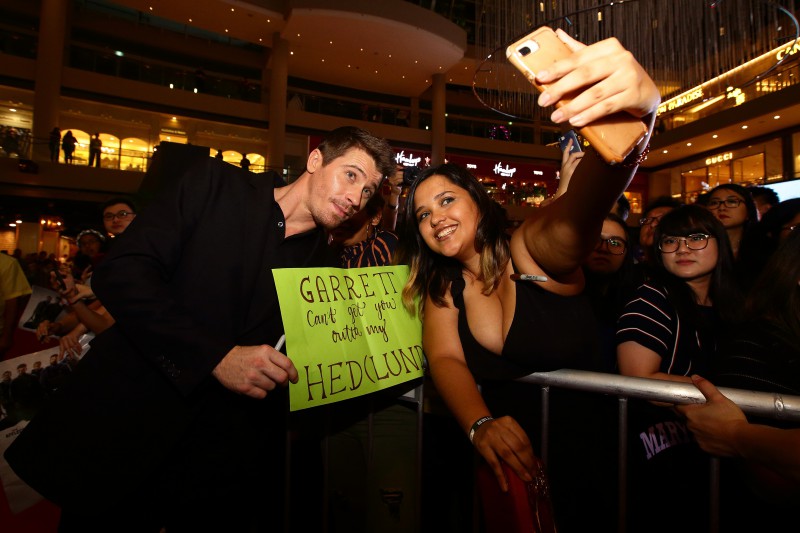 A Garrett Hedlund fan gets her selfie shot.

Apart from fan interaction, the visiting stars took time to share with the media and fans about the movie and visit to the country as they took turns answering event emcees and local DJs Justin Ang and Vernon A. Coincidentally, all three stars have never been to Singapore prior to this fan meet and the Little Red Dot is actually the last of three city stops worldwide before the film drops on 13 March.

The Netflix military action thriller, Triple Frontier, revolves around a group of former Special Forces operatives who reunite to plan a heist on a drug lord in a sparsely populated multi-border zone of South America. For the first time in their prestigious careers, these unsung heroes undertake this dangerous mission for personal gains instead of their country. However, their skills, loyalties and morals are put to the test in a battle for survival upon an unexpected turn of events.

Directed by Academy Award® nominee J.C. Chandor (Margin Call, All Is Lost, A Most Violent Year) and co-written by Chandor and Academy Award® winner Mark Boal (The Hurt Locker, Zero Dark Thirty), this thriller is jam-packed with plot twists and promises to leave viewers with cliffhangers one after another.