What's On
You are at:Home»Eat & Drink»Kam’s Roast Introduces the Classic Princess Chicken to Singapore
By Wei Kurk Fong on October 24, 2018 Eat & Drink, Singapore

Whenever Singaporeans think of having a feast, a good plate of fatty and juicy char siew and crispy skin roast duck is never far from their minds. Singapore is not short of food stalls and restaurants claiming to produce the best versions of such roasted delicacies. With its Michelin-starred pedigree, Kam’s Roast ranks consistently at the top with its meticulously prepared dishes.

Ever ready to spice up its offerings, Kam’s Roast now brings to Singapore the classic Princess Chicken dish (S$38.80++ for whole chicken, S$21.80++ for half). This is not to be confused with the western-style dish of the same name which looks more like a chicken version of sweet and sour pork commonly found in Chinese takeaways in western countries, where you can also find Singapore Fried Noodles (whatever that is) – i.e. to be avoided. This Princess Chicken is the real deal that used to be served at the once famous Yung Kee in Hong Kong. Although it looks like the local Hainanese Chicken, the taste couldn’t be more different. Unlike Hainanese Chicken that is poached in water, Princess Chicken is poached in a premium soup stock comprising rich ingredients such as dried shrimps, Sichuan peppers, star anise, luo han guo (monk fruit), Shaoxing Wine and Chinese Rose Wine.

The result is an incredibly smooth and succulent chicken, with the fragrance of the stock coming through delightfully. The dish is good enough to eat on its own without any sauce.

Not to be outdone by the newest kid on the block, the legacy dishes at Kam’s Roast such as the Pipa Duck (S$78++) are determined to hold their own. The Pipa Duck is nicely charred and roasted using premium 23-year-aged orange peel, with crispy skin like that found in Peking Duck, but with the meat remaining wonderfully moist and tender. Be sure to order this dish in advance as it is only available in limited quantities. 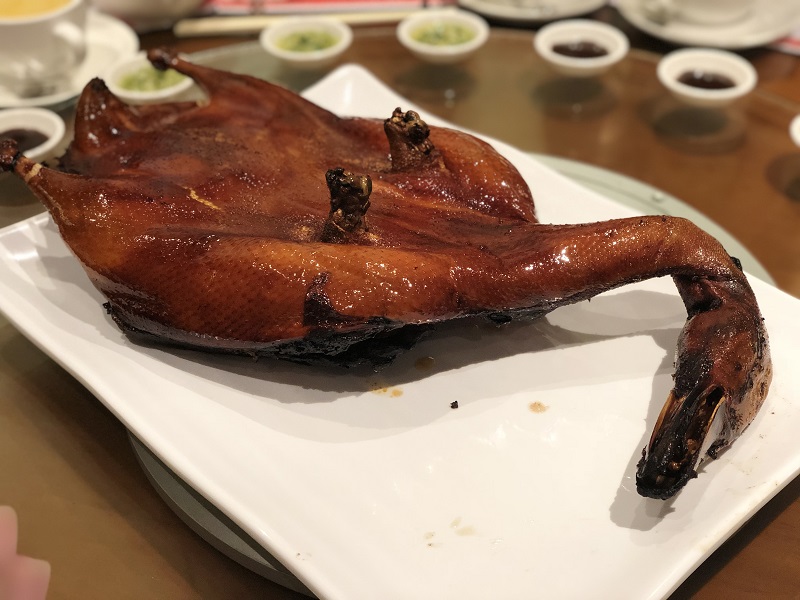 The Roast Medallion ($9.80++ for two pieces and $18.80++ for four pieces) is another classic Hong Kong dish popular in the 1950s, and features 4 layers – chicken liver, water chestnut, Char Siu and juicy pork. The inclusion of water chestnut is an innovation by Kam’s Roast’s to add a crunchy texture to the dish. This is certainly a unique dish I’ve not come across before. Although I’m partial towards liver in general, I must say the liver taste comes across quite strongly so this dish might not be everyone’s cup of tea. 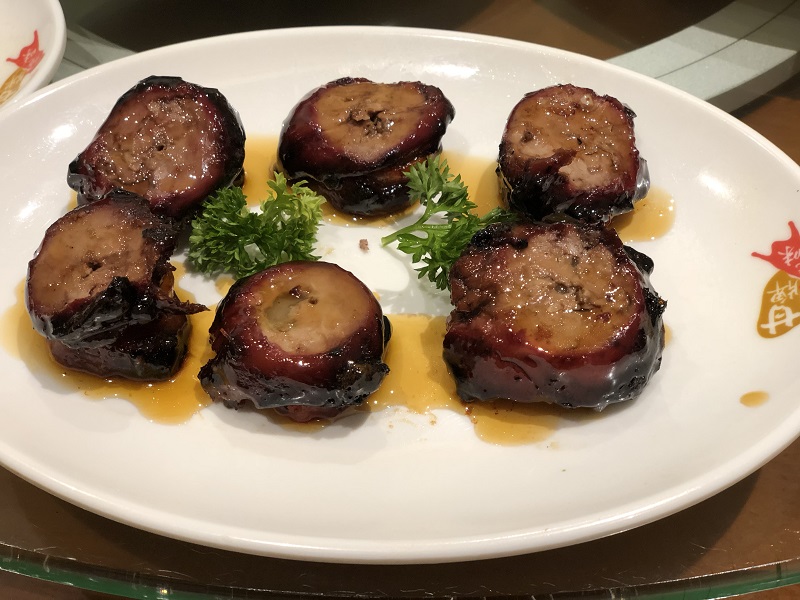 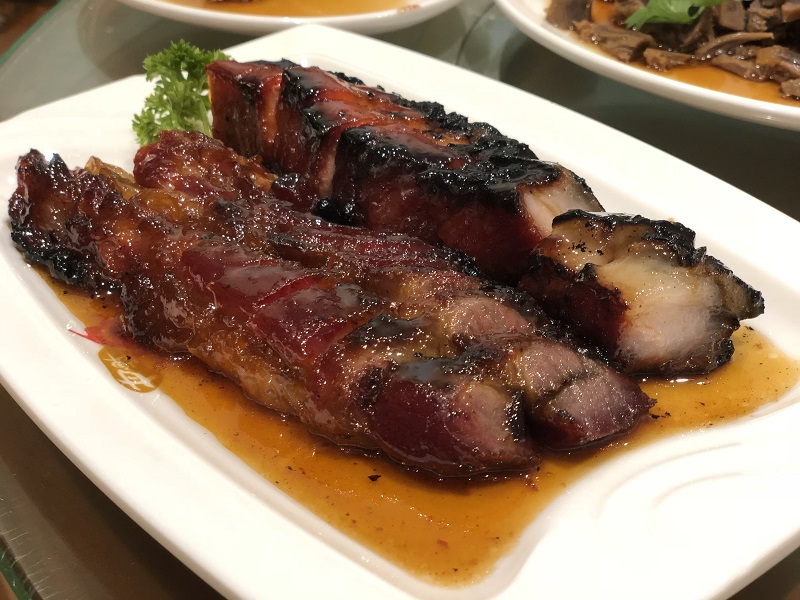 Special mention must be made of the cured Chinese sausages. The Cured Goose Liver Sausage and Cured Lean Pork Sausage (both priced affordably at S$8.80 a portion) stand out as being of really good quality, the kind you can bring home to impress your Cantonese-speaking prospective mother-in-law. If Rachel Chu had brought that when she first met Eleanor Young in Crazy Rich Asians, the mahjong scene might not have been necessary. 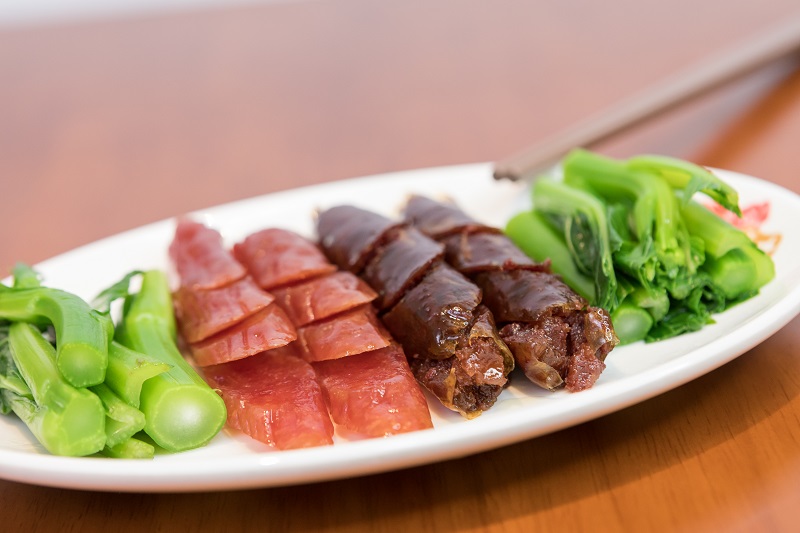 The best way to finish off such a protein-laden meal is with a bowl of Kam’s Roast’s traditional red bean soup infused with 12-year-aged orange peel. You can really taste the difference from ordinary red bean soups.

Word of advice – it’s not uncommon for people to fall into gastronomic coma after a meal at Kam’s Roast. Do not attempt to operate heavy machinery after eating there.