What's On
You are at:Home»Entertainment»MOVIE REVIEW: Republic of Food
By Wei Kurk Fong on August 15, 2018 Entertainment, Singapore

What does food mean to you?

For many Singaporeans, it’s almost a foregone conclusion that we live to eat, rather than just eat for sustenance. Food unequivocally defines our Singaporean identity, in perhaps ways that only Singaporeans and food lovers in general can understand.

But what is it really about food that would drive us to far-flung corners of Singapore in search of the ultimate wanton mee or roti prata? Is it because of the rich variety of good food available to us in this melting pot that is Singapore? Or the way that food binds us together in our communities?

In renowned and award-winning film-maker Kelvin Tong’s latest film, Republic of Food, this theme of food is explored more deeply, and in an unexpected way – how it connects to our memories. This central premise of the show – that when we eat, we remember – resonates deeply with me.

Whenever I eat Roti John, I am reminded of lovely Sunday mornings in my childhood spent at Botanic Gardens with my parents, followed by breakfast at the old Taman Serasi hawker centre. Biting into soft and fluffy peanut-filled Mee Jiang Kueh always brings a smile to my face as I recall how it was used as a bribe to soften the blow of a visit to the doctor at Bukit Merah View. And Ang Zhao (Red Rice Wine) Chicken Mee Sua fills my heart with a warm fuzzy feeling as a dish my late grandmother cooked for me every birthday without fail to demonstrate her love for me.

Kelvin himself shared with us the one dish that causes him to remember: “I remember satay passionately because it is my father’s favourite. When I was a kid, he would take all of us to the Esplanade (before they built the durian) and eat satay. Since then, I’ve always associated satay with the childlike happiness I felt tagging along with my parents, who held hands, as they strolled across the Padang towards the satay stalls by the sea.”

Indeed, those of us of a certain vintage, ahem, would recall with fondness the old Satay Club at the Esplanade. Many of you were probably born as a result of your parents going on dates there! For me, it represented the close relationship with my cousins as we battled to see who could amass the most satay sticks and be crowned Satay King.

As a first-of-its-kind dystopian comedy set in the not-so-distant future Singapore, Republic of Food stirs up strong emotions as food as we know it is banned because of a deadly virus. Gasp! The tagline of the movie “All You Can’t Eat” which plays cleverly on the common buffet theme sums up the desolate situation the characters are faced with. In its place, everyone has to make do with a tasteless synthetic product known as PHood (a deliciously coined phrase reminiscent of the sound of spitting out yucky food) or risk being arrested by the PHood police.

It is in this setting that our protagonist, Chia Kau Peng (played by the amazingly talented Adrian Pang), dreams daily of eating real food until he chances upon the ultra-secretive UFC (Underground Food Club), where he gets to taste real food again. 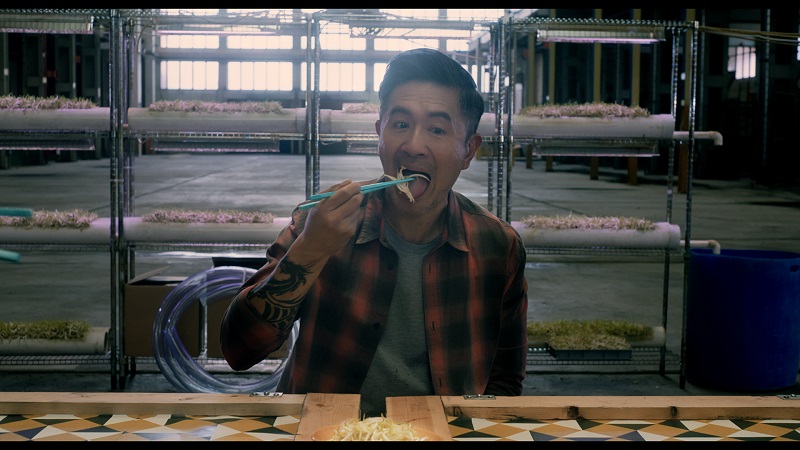 As we journey along with the UFC in uncovering the real food that is being kept in secret, you’ll never look at food the same way again. Nothing showcases this better than when the UFC gang discovers Taugeh (beansprouts), such a simple and cheap food that you only begin to miss when it’s gone. But what really takes the cake is when they realise there is garlic too! An ingredient that we take so much for granted but which is so essential for cooking and enhancing the flavours of a dish.

The plot twist comes when Yi Mao, played by China-born Jeffrey Xu in his crossover role from the Chinese entertainment sphere, chances upon a UFC gathering and everything starts to unravel. Kelvin Tong uses this to highlight the issue of xenophobia. 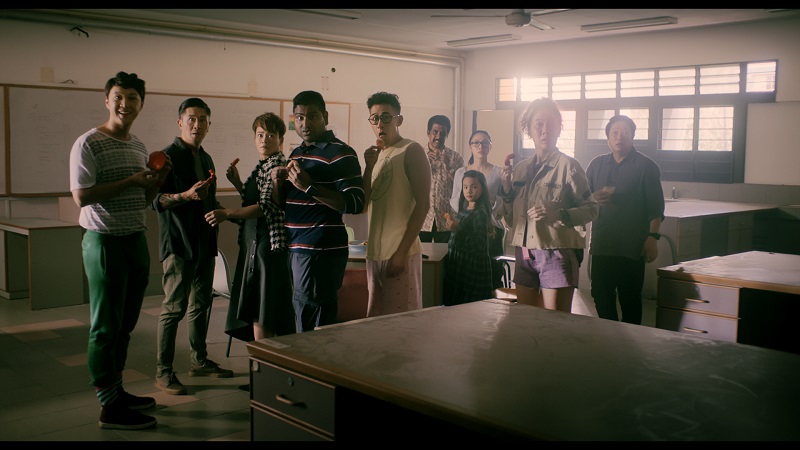 On why he chooses to explore the issue of xenophobia in his movie, Kelvin explains that when he returned to Singapore in 2016 after living in Hong Kong for three years, he felt that the social landscape here was changing. “Perhaps my short stint overseas helped me to relook Singapore with foreigner eyes. I sensed our collective identities shifting as we adapted to changes in the new millennium and felt a need to address this in a film.”

In consciously linking the two themes of food and xenophobia, Kelvin says, “in a world roiled by xenophobia and cultural divisions, Singaporeans’ love of food serves as a beacon of hope. We don’t care if it’s popiah or paella, rojak or ratatouille, as long as it is yummy. Our tastebuds are colour blind and our stomachs are cosmopolitan. Our national obsession with eating chews through prejudices as well as biases and Republic of Food is a toast to that.”

Perhaps, if we could all sit down for a meal together, many of today’s conflicts would melt away. Like ice kachang.

Republic of Food is a whole lot of fun to watch, especially with the very talented cast including the likes of the hilarious Patricia Mok as “Mei Mei” and the feisty Yeo Yann Yann as Chia Kau Peng’s love interest. Jeffrey Xu’s comedic prowess almost threaten to steal the show from Adrian Pang, itself a running theme in the film. Look out for a cameo by the beloved Er Gu (Cai Pingkai) as well!

This is one movie that is bound to leave you thinking, and hungry. I was compelled to dabao (takeaway) some Rochor Beancurd on the way home after the screening, for fear of real food really disappearing one day! 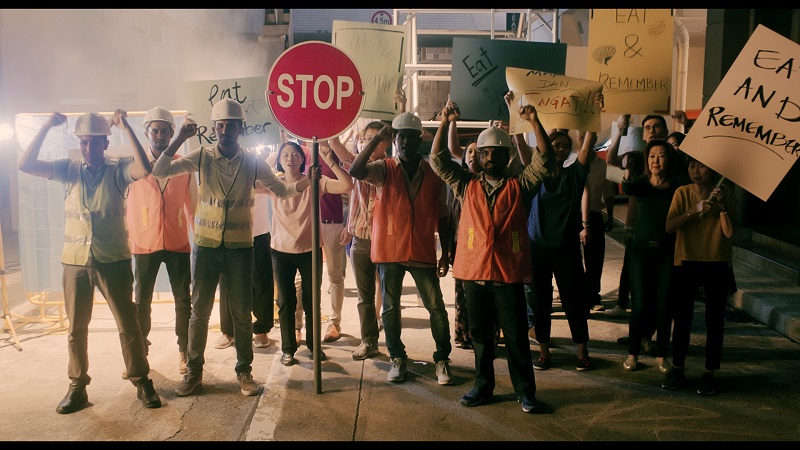 Republic of Food opens in select Cathay cinemas from 16 August 2018.