What's On
You are at:Home»Countries»Singapore»Hands-On Review: Vivo V7+
By Nicodemus Chan on April 19, 2018 Singapore, Tech

Vivo may not be as well-known as phone heavyweights the likes of Apple, Samsung and Huawei but the Chinese phone manufacturer is ramping up efforts to make itself known. For a start, the logo of the FIFA WorldCup 2018 emblazoned on the Vivo V7+ box hints at its seriousness in promoting itself in the global smart phone market.

The Vivo V7+ is a clear attempt at segmented marketing by targeting two of the most popular activities that mobile phones are used for: selfies and music.

In addition to its primary 16-megapixel rear camera, the V7+ boasts a 24-megapixel front camera. Together with various self-portrait functions like “face beauty”, it is perfect for the narcissistic selfie lover. However I would caution any buyer of casual consumer phones not to let camera megapixels be a major factor in purchasing of a phone.

In today’s day and age of photo sharing via social media and WhatsApp, photos are reduced in size to fit the your desktop or mobile screen dimensions; megapixels become less important than the size and quality of its sensor. The need for more megapixels should be considered only if you are thinking of printing, enlarging or zooming. I did not find the V7+’s 16-megapixel primary camera to be of a significant difference from my personal iPhone 7 Plus’ 12-megapixel camera.

One unique feature of the V7+ I found is its group selfie function where you can swivel the phone left and right to get a wider shot angle. That really comes in handy when you need to do a group shot and the group size is too large to be captured in a conventional single shot. However, there is a notable fisheye distortion in the picture as the phone uses software stitching to capture the swivelled shot much like a panorama shot.

I tested the V7+ and its FullView Display and Game Mode feature where it extends the usable screen size to allow a larger playing area. However, this is touch and go, depending on the mobile game you are playing and whether it can detect and utilise this extra space. I played two popular games “Jetpack Joyride” and “Clash Royale” and only one could use the extended full-view screen space. 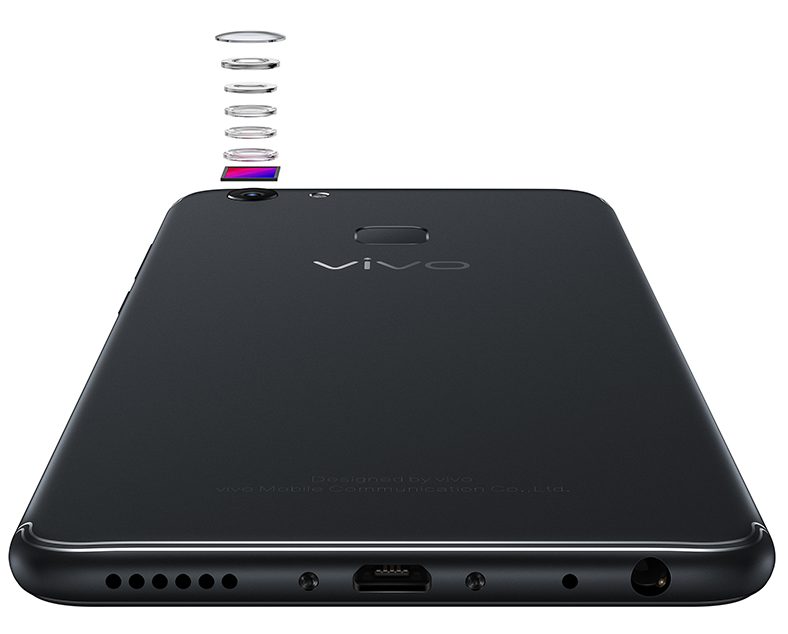 One plus point I will give the V7+ is the high quality music listening experience it provides. And this is where Vivo’s specialisation shines with its use of Hi-Fi audio chips in their phones. The sounds were clear and the earphones provided were of very good quality, with such crisp and clear sounds that I can listen to Spotify and YouTube music videos in high fidelity or load my own songs on its on board 64Gb storage space or an up to 256Gb micro-SD card. The phone also provides FM radio, which is great for those who still yearn to listen to their favourite radio channels without using mobile data with a radio app.

Another useful feature I found is the phone’s dual SIM capability, which allows you to use it for mixing work and personal life as well as for travelling overseas. In the package as well, Vivo provides a clear translucent case, good enough to protect the device from scratches but not from heavy falls.

For its price point, the V7+ serves its designed purpose as a selfie and music phone very well. To buy it or not — it really depends on your own needs and uses for a phone. The V7+ retails at S$469.

Nicodemus Chan is a lifelong learner and challenge seeker. He is a lecturer in an institute of higher learning teaching information technology-related subjects.