I’ve made attending the Whisky Live event my annual pilgrimage for my malty enlightenment.  The eighth edition of Whisky Live changed it venue from the luxurious Capella Sentosa to something closer to the spirit of appreciation (pun unintended); This edition was held at at Theatreworks, a pre-war heritage building along Mohamed Sultan Road, and aligned with its venue, Whisky Live 2017 theme was “Appreciation is Art”.

Theatreworks is not-for-profit outfit that supports local artists and arts.  I found it genius that the organiser, La Maison du Whisky, had paired the whisky event at an arts venue, since appreciation in both the arts and whisky tastings share more than a few similarities; They bring our senses to bear on the physical, while eliciting visceral experiences, and the pursuit and enjoyment of both the arts and whisky require constant novel stimulus. 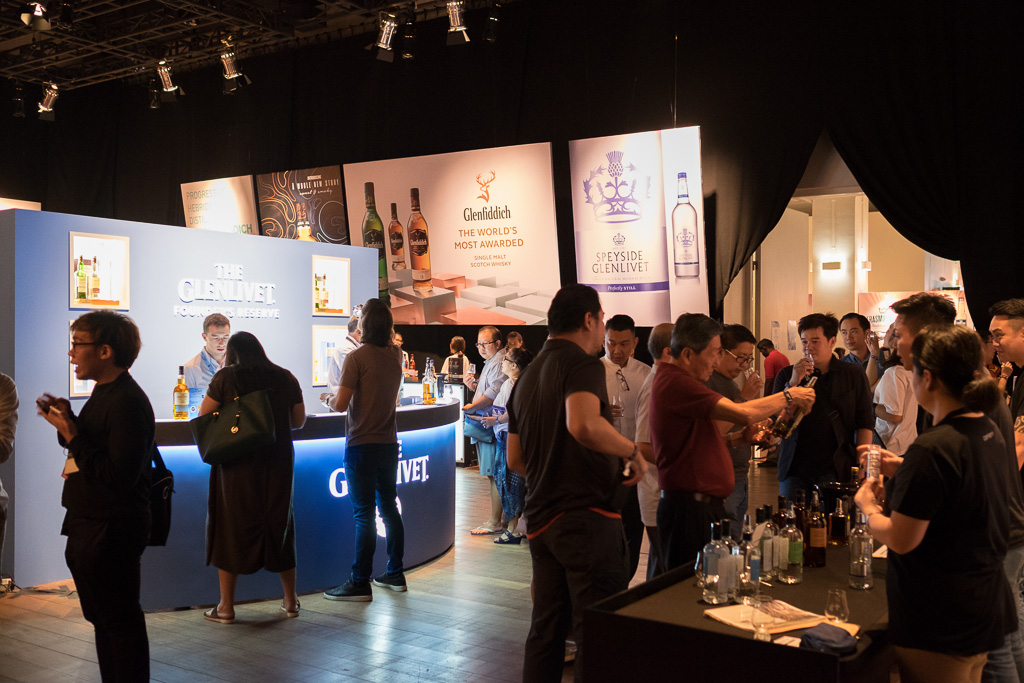 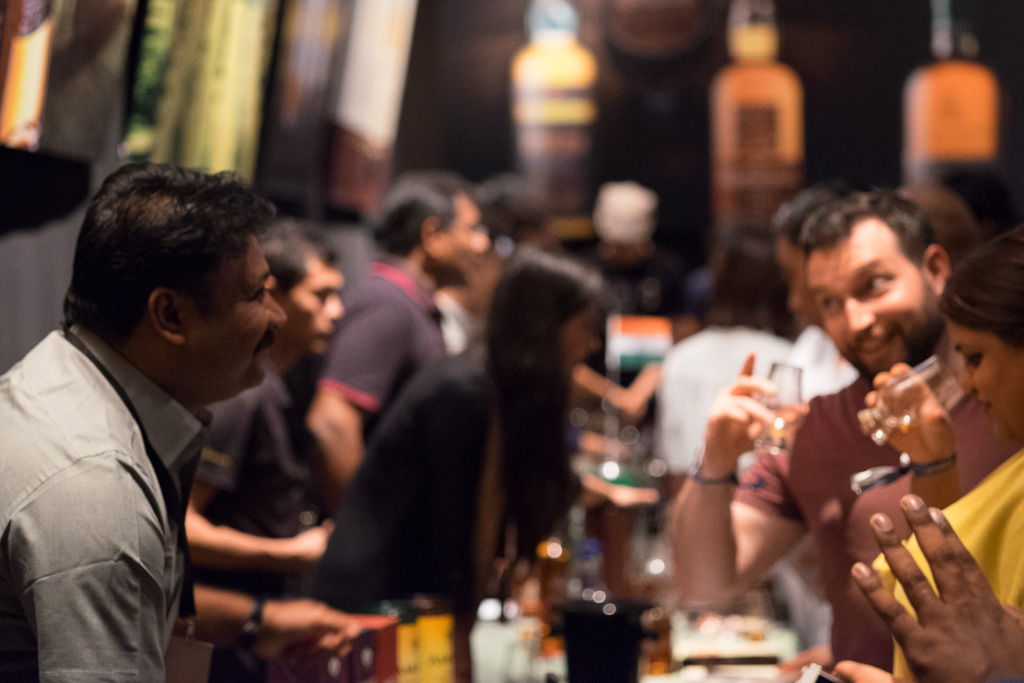 Interactions with the distillers at Whisky Live 2017. Photo © Satoshi Sasaki.

Whisky Live 2017, with over 50 brands and 150 expressions of whiskies and spirits for sampling, was certainly not short on novel stimulus for me. For example, I found the peated Indian Singapore Malt whisky by Amrut curiously familiar.  It’s only when Amrut revealed that they sourced the peated barley from Scotland that I understood why.  Amrut whiskies also age significantly faster than their brethren in Scotland due to the much higher maturing temperatures and although they spend less time in the casks, actually develop similarly to ones from the temperate regions. 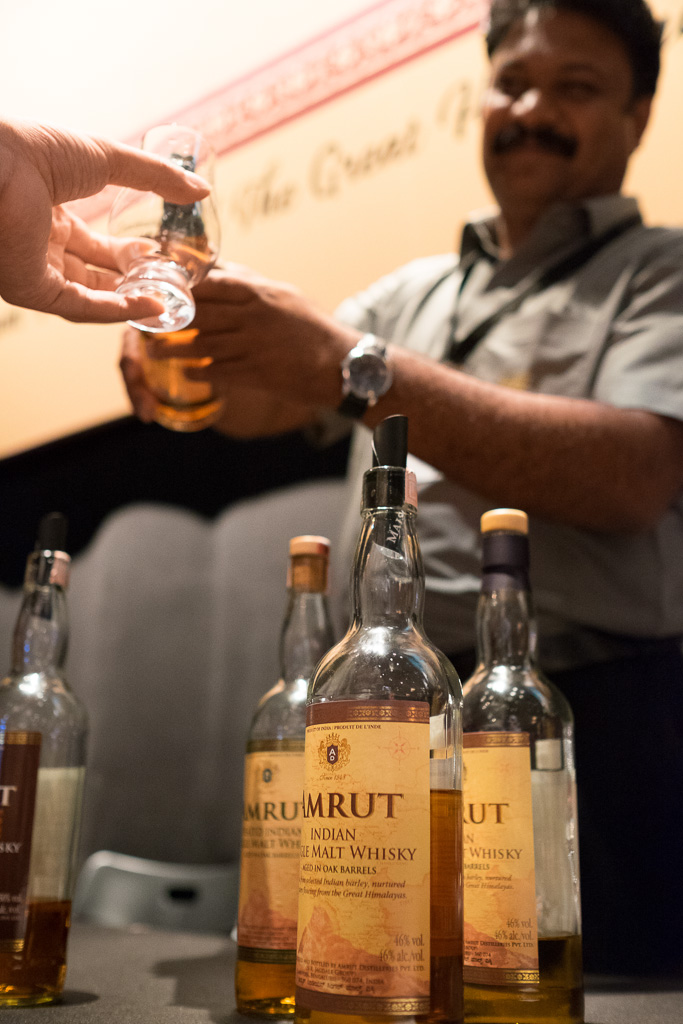 Besides whiskies, Whisky Live also showcases some boutique rums and gins.  One of my favourite rum label, Chalong Bay, was back with a range of flavourings to complement its rum, made from sugar cane on the island of Phuket.  Personally, I had also enjoyed the refreshing citrusy gin by Nikka Coffey.  These refreshing flavour profiles seemed a match made in heaven for the warm humid climate in Singapore. Rum label Chalong Bay is back with a range of new flavoured rums. Photo © Satoshi Sasaki. 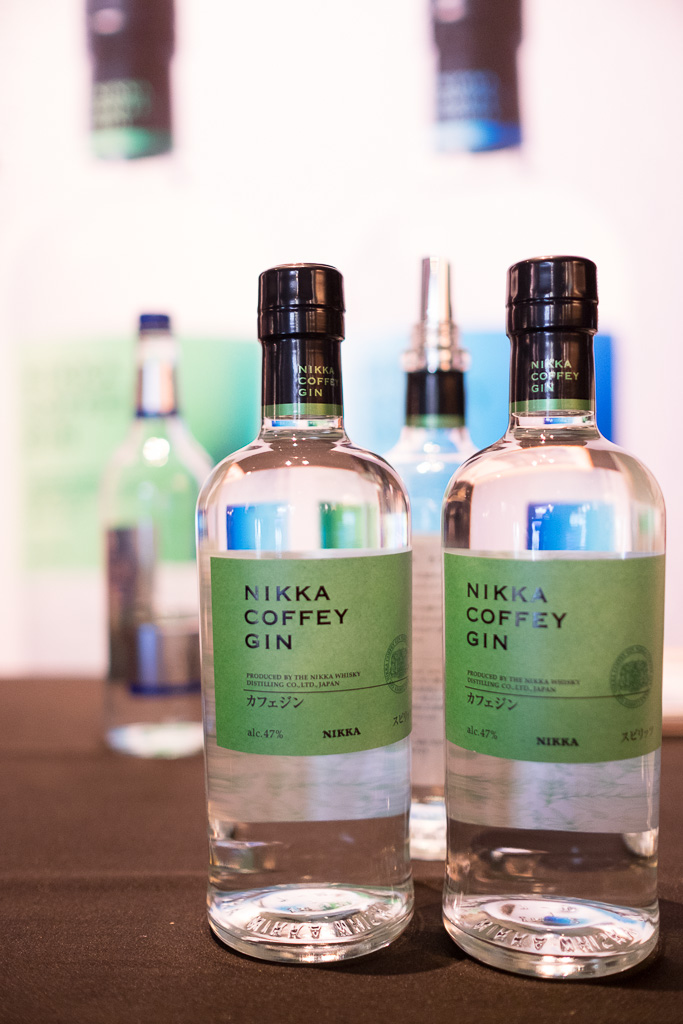 A gallery of appreciation

It was hard work tasting all those whiskies and gins, so I had to take a break mid-way.  Other than the food stalls outside, this year’s edition allowed me to leisurely explore the galleries at Theatreworks.  The galleries featured works related to the theme, with well-known industry creative such as Stranger & Stranger, Neisson and Velier.  Looking at the photo exhibits of sugar cane farming and harvest, my inebriated consciousness seemed to have made a deeper connection to the beverage I had in my hand.  Anyway, just to remind everyone that it can be easy to get carried away with the “appreciation” at Whisky Live. 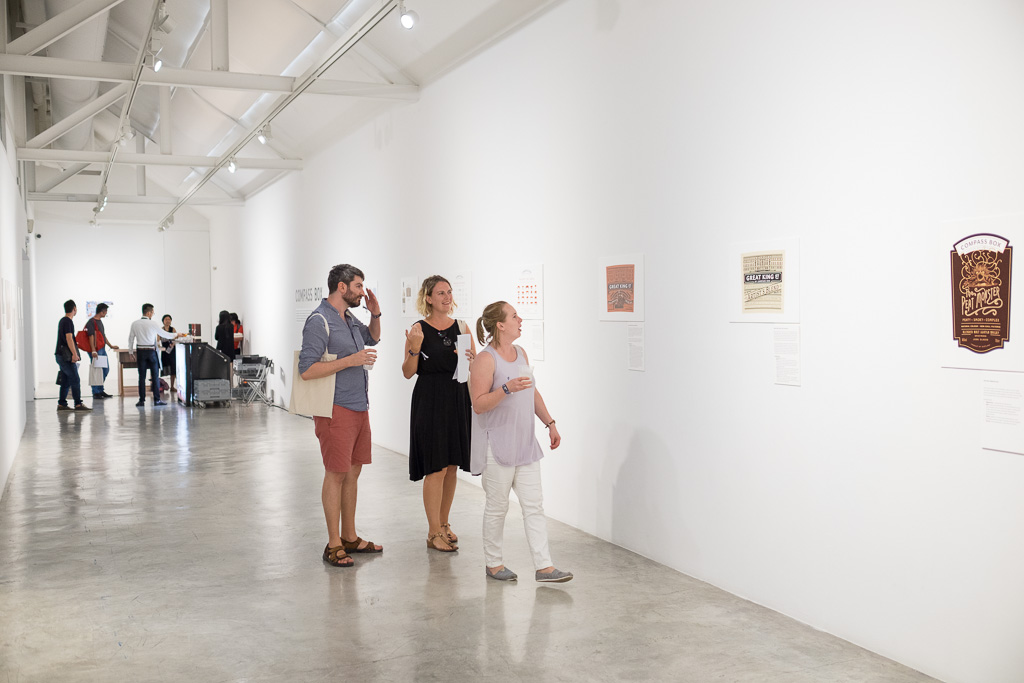 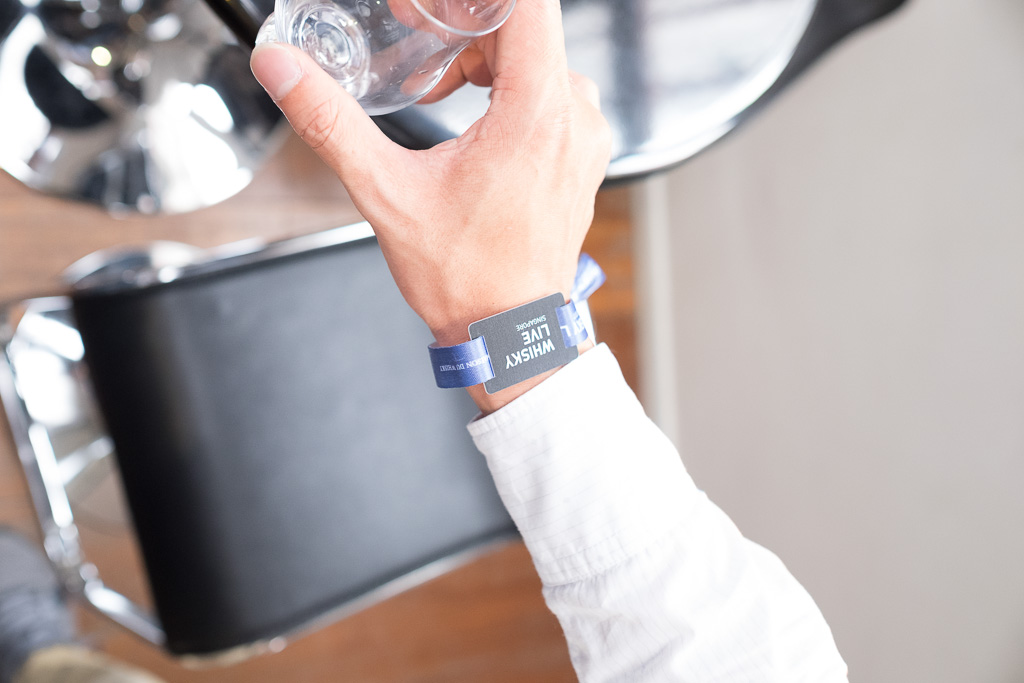 A credit tag on my wrist to buy food from the stalls. Photo © Satoshi Sasaki. 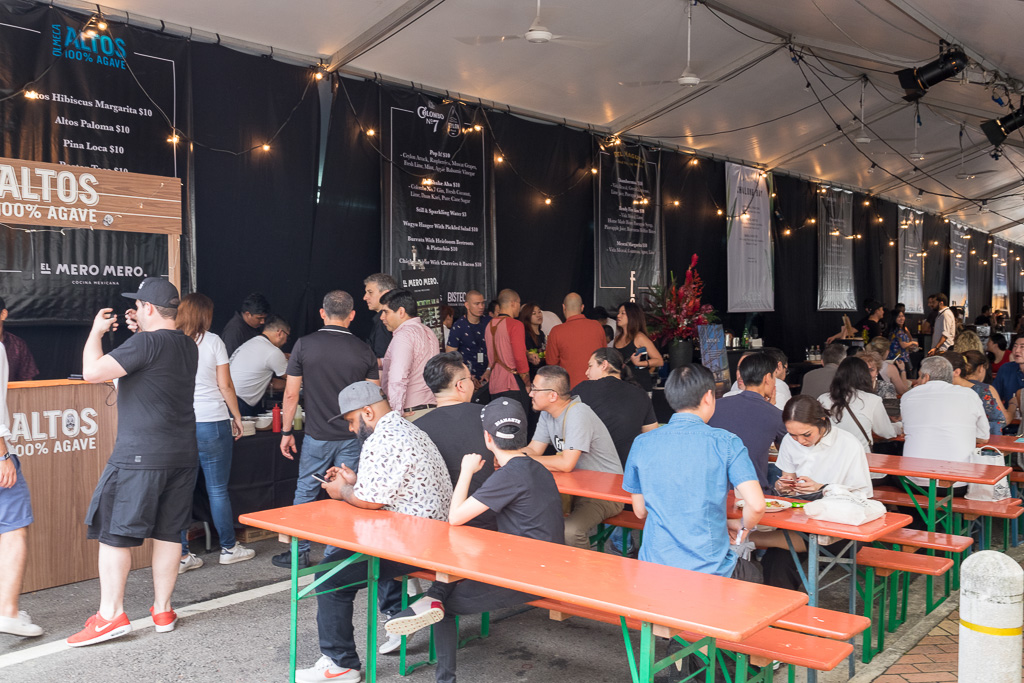 Food and cocktails outside for those who’d like a break from the tastings. Photo © Satoshi Sasaki.

While some might argue that the event have lost some of the glitter and glitz with its move away from the Capella Sentosa, however, I found the new venue to be more accessible.  My main gripe with the Theatreworks venue would be the air-conditioning – it’s barely adequate for most purposes, however for a tasting event, I wished the temperatures were set lower than the PUB recommendations (alcohols for some inexplicable reason warms me up), and the less-than-intuitive layout of the event – I had to exit the main tasting area to go around the building for the master class and the purchase room.   All in all, it’s still one of the cornerstone tasting event on the alcoholic event and I look forward to the next edition to further my ability to appreciate.