What's On
You are at:Home»Travel»7 European Cities That Are Mainstream for a Reason and Why You Shouldn’t Miss Them
By Carrie Er on January 21, 2017 Travel

Europe – it is a continent that either you know next to nothing about or have heard so much about it that you’d yearn to visit one day. There are many countries to see – some mainstream, some lesser-known. Don’t turn up your nose at the mainstream cities yet; they are mainstream with good reason and we think you should visit them, be you a seasoned traveller or a first-time visitor. Here are seven European cities that are considered mainstream but yet continue to enthral us time and again. Find any spot in the central of Amsterdam and it easily looks like it’s right out of a movie set.

Whatever picture-worthy scenes you have come across in movies, you sure can find them in Amsterdam. The romantic film The Fault in Our Stars has used this captivating city for several scenes and we could most certainly understand why with her exceeding charm.

While news of the famous bench – the very bench that actors Ansel Elgort and Shailene Woodley sat on in one of the most memorable scenes in the movie adaptation – being stolen isn’t widely reported, it sure made a huge hoo-ha among avid fans. In case you were wondering, the bench has since been returned to its very spot so fans out there still stand a chance to see the famed bench. 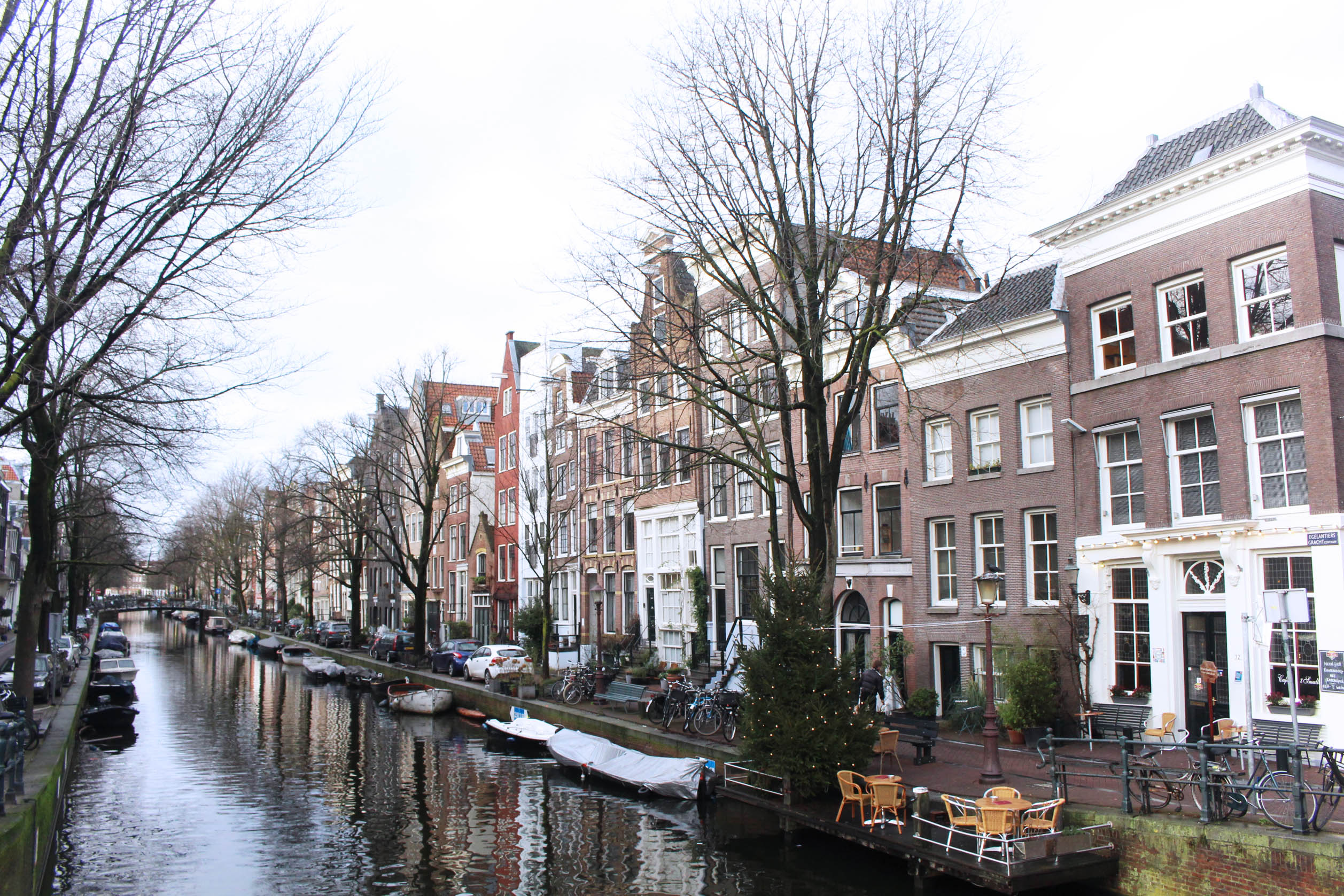 As one cycles along these canals in cyclist-friendly Amsterdam, one can’t help but to take in the undulating view of houses, cafes and shops.

A trip to Amsterdam would not be complete without a visit of the Van Gogh Museum. Despite being someone rather new to the art scene, I enjoyed my time at the Van Gogh Museum to my own surprise. You can spend an entire day just leisurely strolling through hallways of his iconic legacy, alongside interesting backstories elucidating his masterpieces.

These succinct snippets of his life does help one to appreciate his works better. I got a glimpse of what went through his mind as he broke new ground with his art pieces. Amongst many of his works, Almond Blossoms (1890) left such an indelible impression  that I bought a cup with the painting on it as a souvenir. 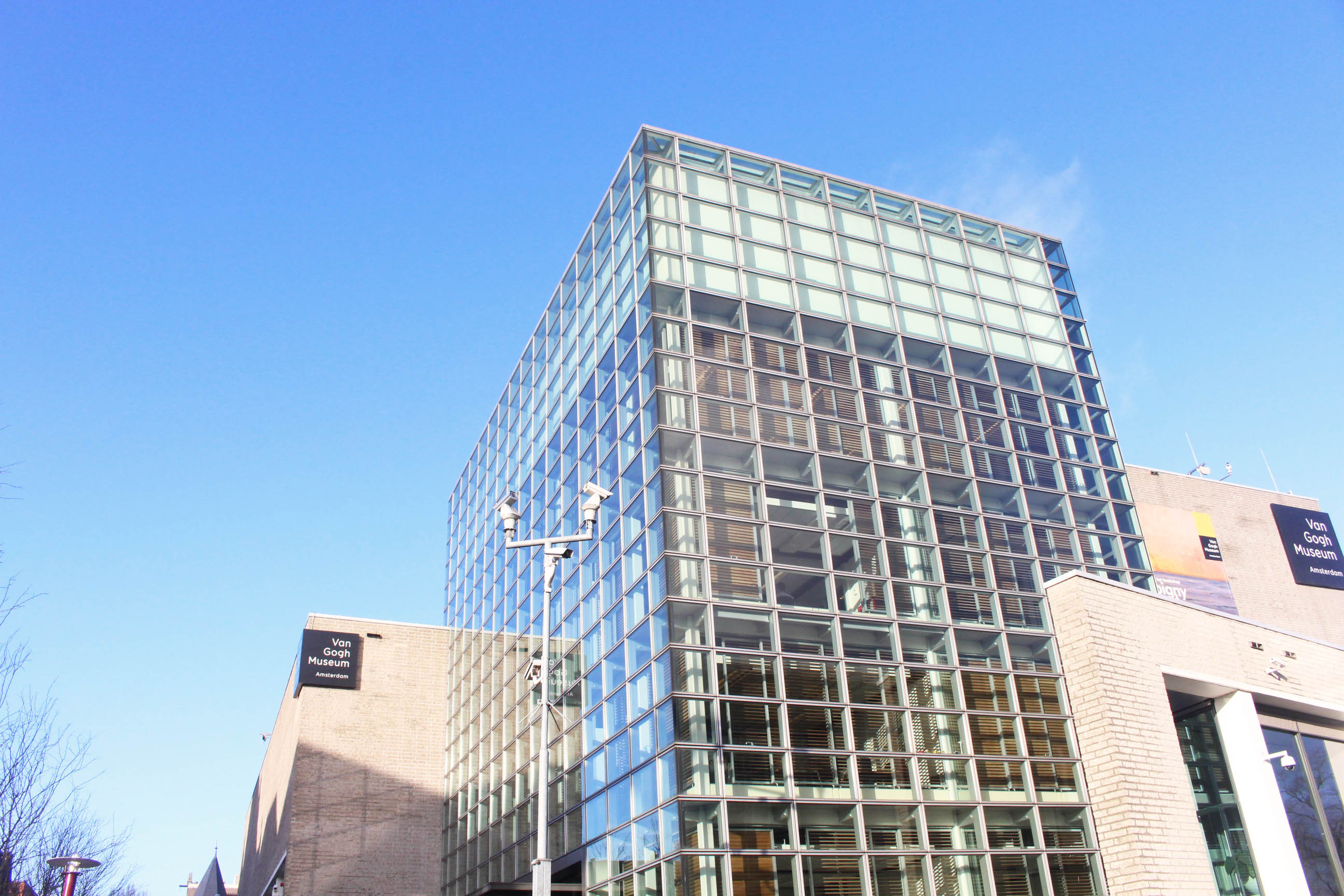 The Vincent Van Gogh Museum offers not just a glimpse but also an entire chronology into the biography of one of the most notable artists from The Netherlands, showcasing many paintings done by the luminary himself.

If you want to visit a more historical museum yet don’t have the luxury of time, the Anne Frank Museum is the best bet to maximise your time. It would take at most, an hour, due to crowd control. As you explore the very hiding house in which Anne Frank and her family sought shelter during WWII, the turmoil and deep-seated emotions stirring during the Holocaust would overwhelm you through handwritten letters of Anne and the witnessing of the Secret Annex for oneself. 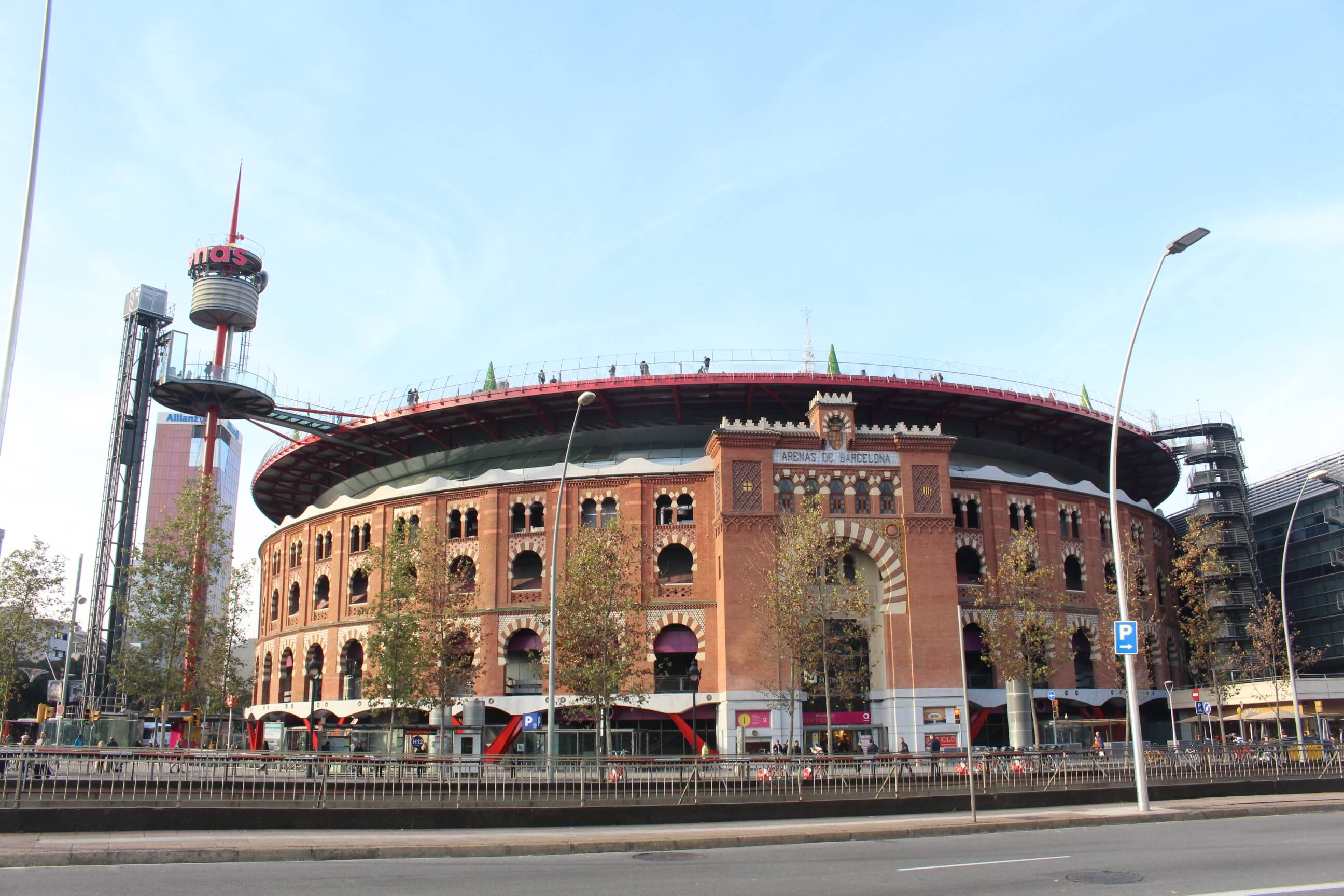 You won’t miss Plaza de Espana, which is situated in one of the most scenic squares in Barcelona, making for an awe-inspiring sight to behold.

If price is your primary concern while you’re travelling, Barcelona is THE place you can’t miss. The prices that you see in the Zara and Mango outlets in Barcelona would make you think twice about making the same purchases here in Singapore.

Comparatively, mega fashion labels the likes of Zara and Mango are considered dirt-cheap in Spain. After all, Spain is the birthplace of Inditex, which happens to be the fashion conglomerate that owns Zara, Bershka, Pull&Bear and Stradivarius. Camp Nou is a must-go for soccer fans, especially die-hard fans of the FC Barcelona team.

Barcelona isn’t just a girl’s shopping haven, but a mecca for soccer fans as well, particularly those of the illustrious soccer club FC Barcelona. Camp Nou, the home of FC Barcelona gives football enthusiasts reason to rejoice upon witnessing this massive 100,000-seater stadium. That aside, zealous fans are can learn more about the beginnings and milestones of the club through an interactive and immersive experience, which is engaging every step of the way. 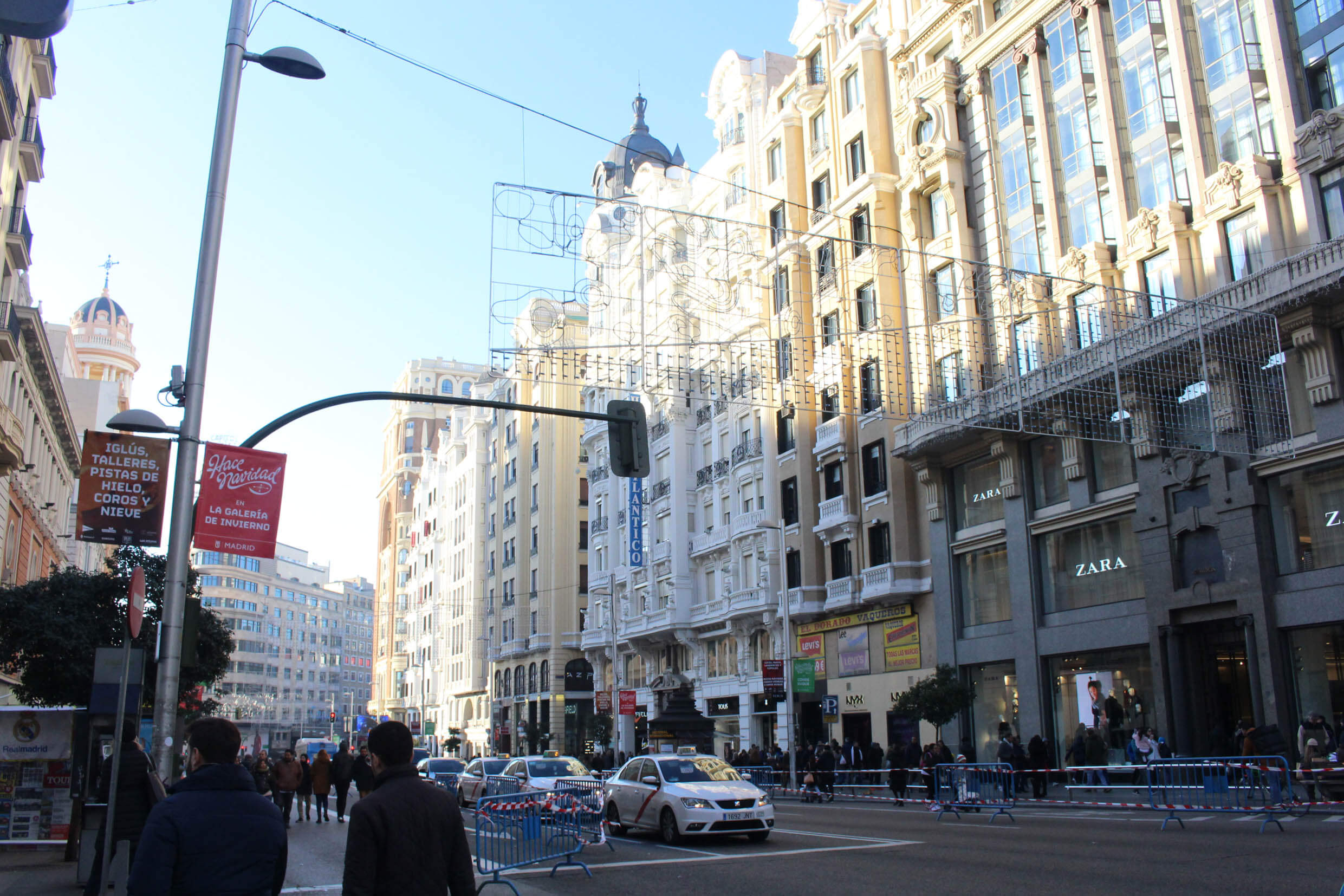 One of the biggest Zara outlets in Madrid can be found on the main shopping belt in Puerta del Sol, alongside numerous high-street fashion favourites like Mango and Pull and Bear.

Endless shopping awaits one at Sol, the hotspot for luxury and high fashion shopping in Madrid. The fashion scene here is also fast moving, boding good news for those on the hunt for cheap thrills. What makes it even better is the gargantuan six-storey Primark that one is hard-pressed to miss.

Even resistance from the most disciplined shopper would be rendered futile here in Madrid. I dived straight into countless racks of items the very moment I set foot into Primark; their prices are by far the most unbeatable in Europe, regardless them being on sale or not. You have been warned. 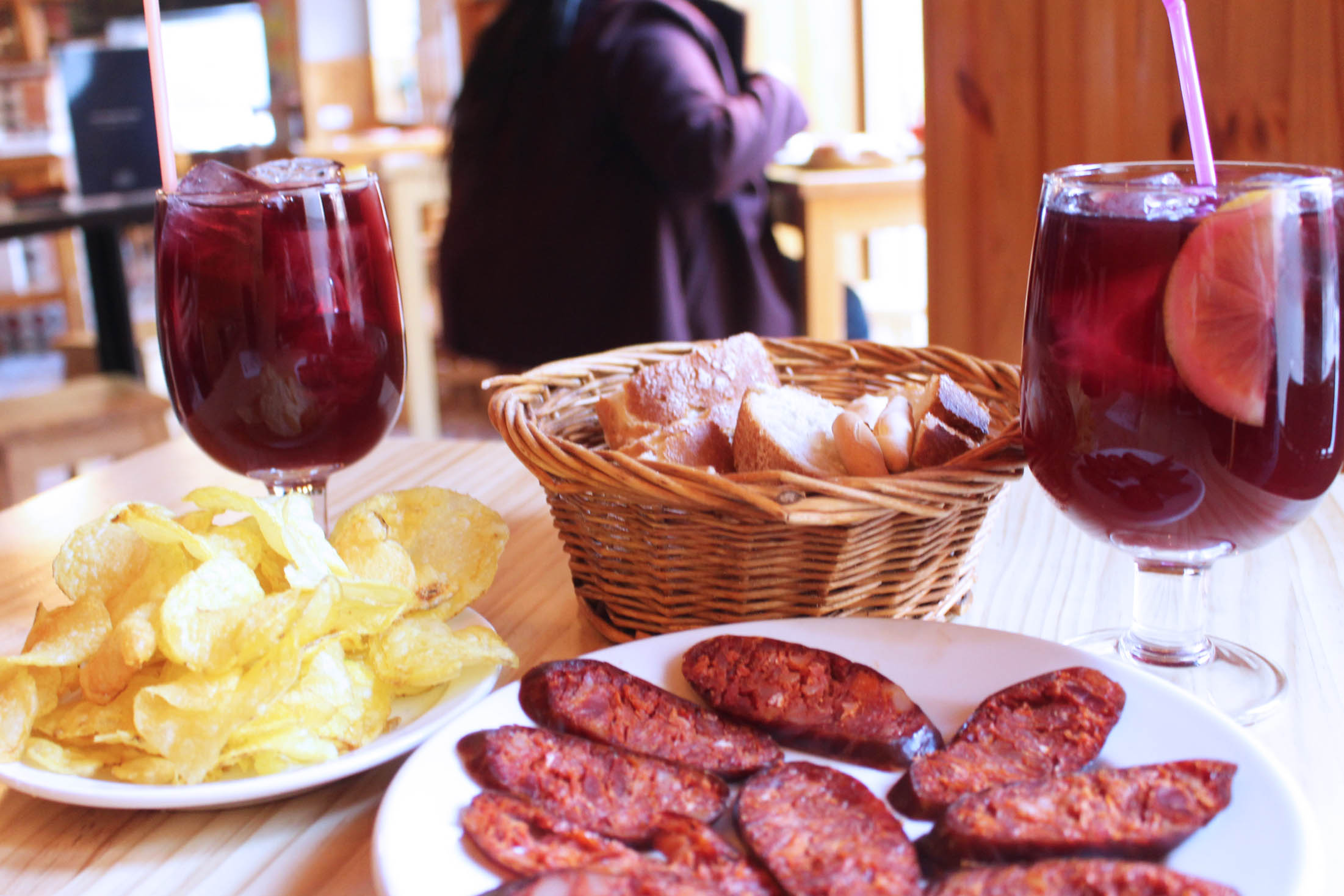 In Spain, tapas and sangria make a food pairing that just hits a whole new level. 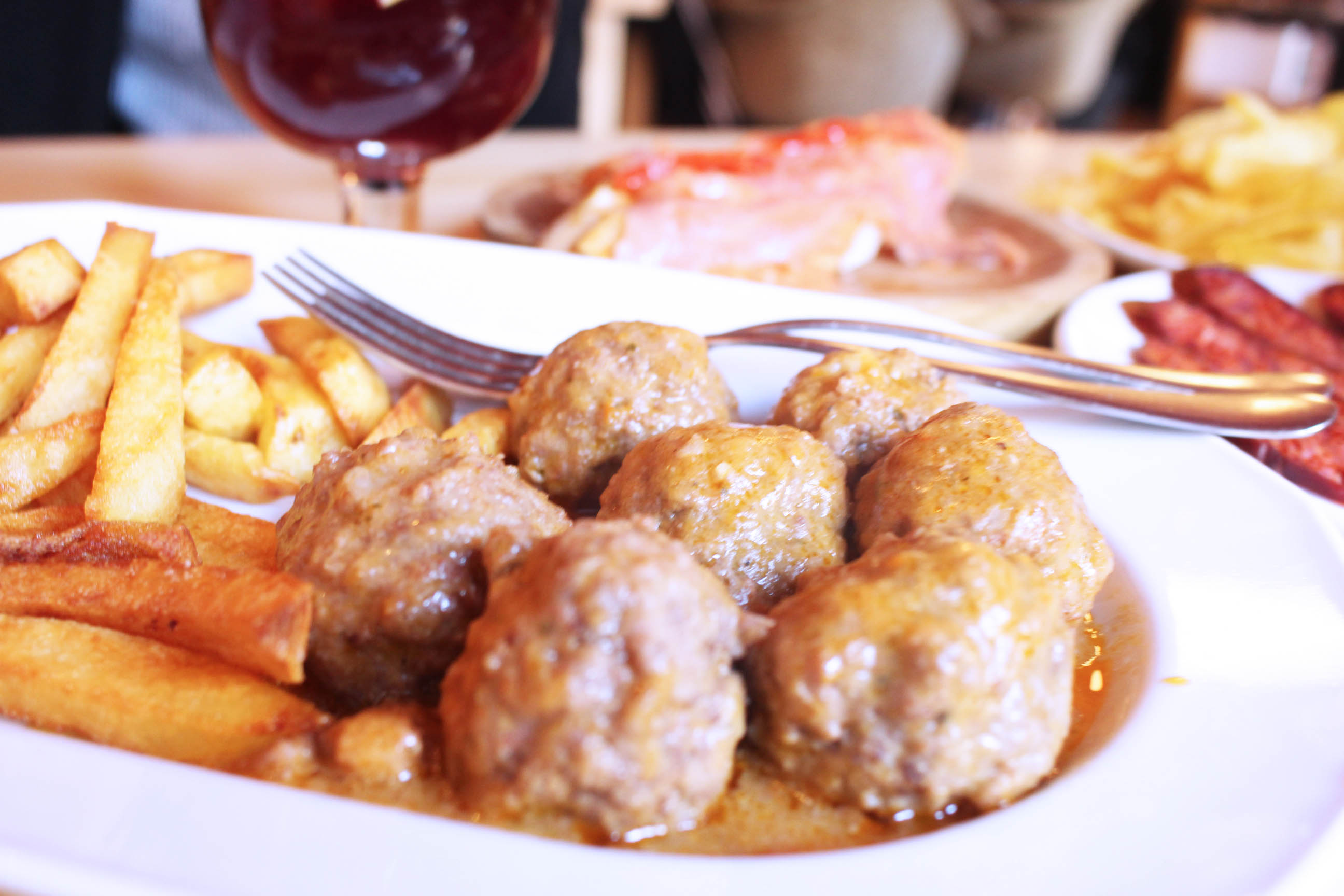 Who knew meatballs and fries could go together this well? Well, only in Spain do you get such an on-point pairing of two seemingly simple ingredients.

Of course, how could one forget about Spanish tapas and Sangria in Spain? This palatable pairing never disappoints me. My profound love for Spanish tapas began when I tried this particular type of cuisine at FOC restaurant near Clarke Quay and my love for tapas only intensified when I was in Madrid. And let’s not forget paella, a rice dish synonymous with Spain cuisine and a die-die-must-try when in Spain. 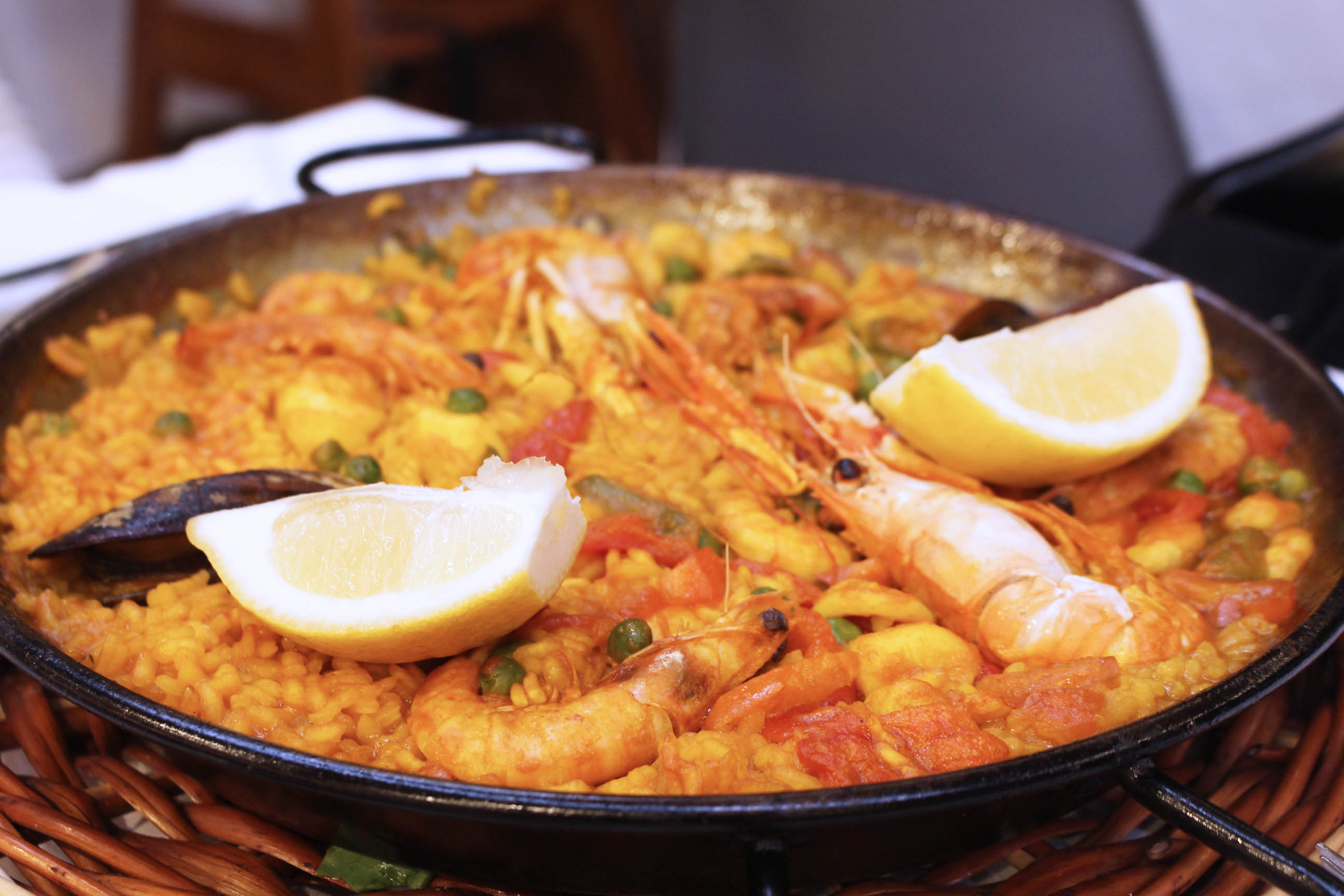 Seafood lovers won’t be able to resist this scrumptious rice dish with a myriad of seafood flavours imbued into the grains and also with such a generous portion of prawns and mussels. 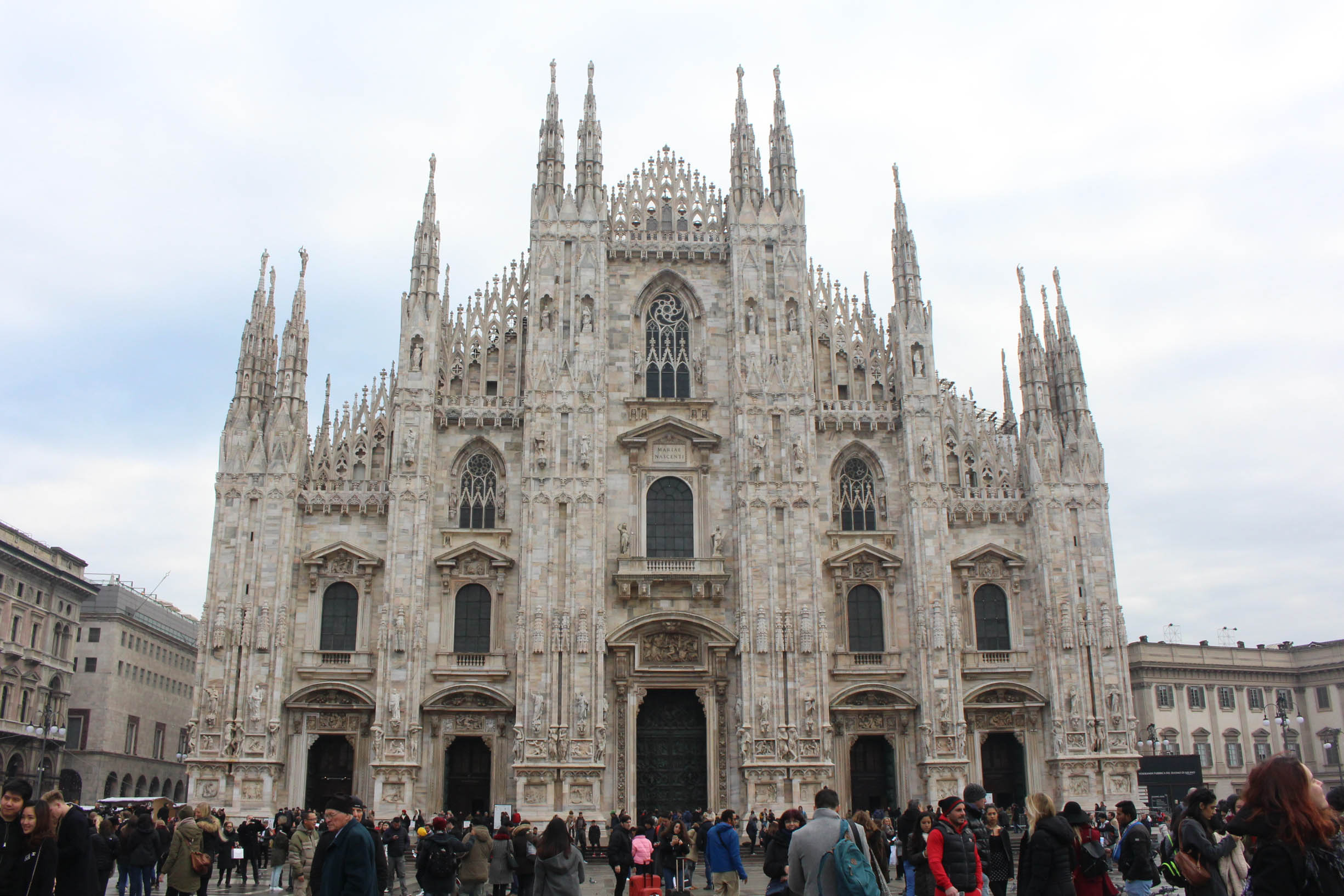 Expect throngs of tourists furiously snapping pictures of the splendid Duomo in Milan.

If you didn’t come all the way to Milan for its adulated Duomo, you are missing out on a lot. The sight of this cathedral is so compelling one finds it hard to refrain from entering. This place of worship dates way back to the Visconti era, which is also one reason the Duomo is a must-see for history buffs out there. 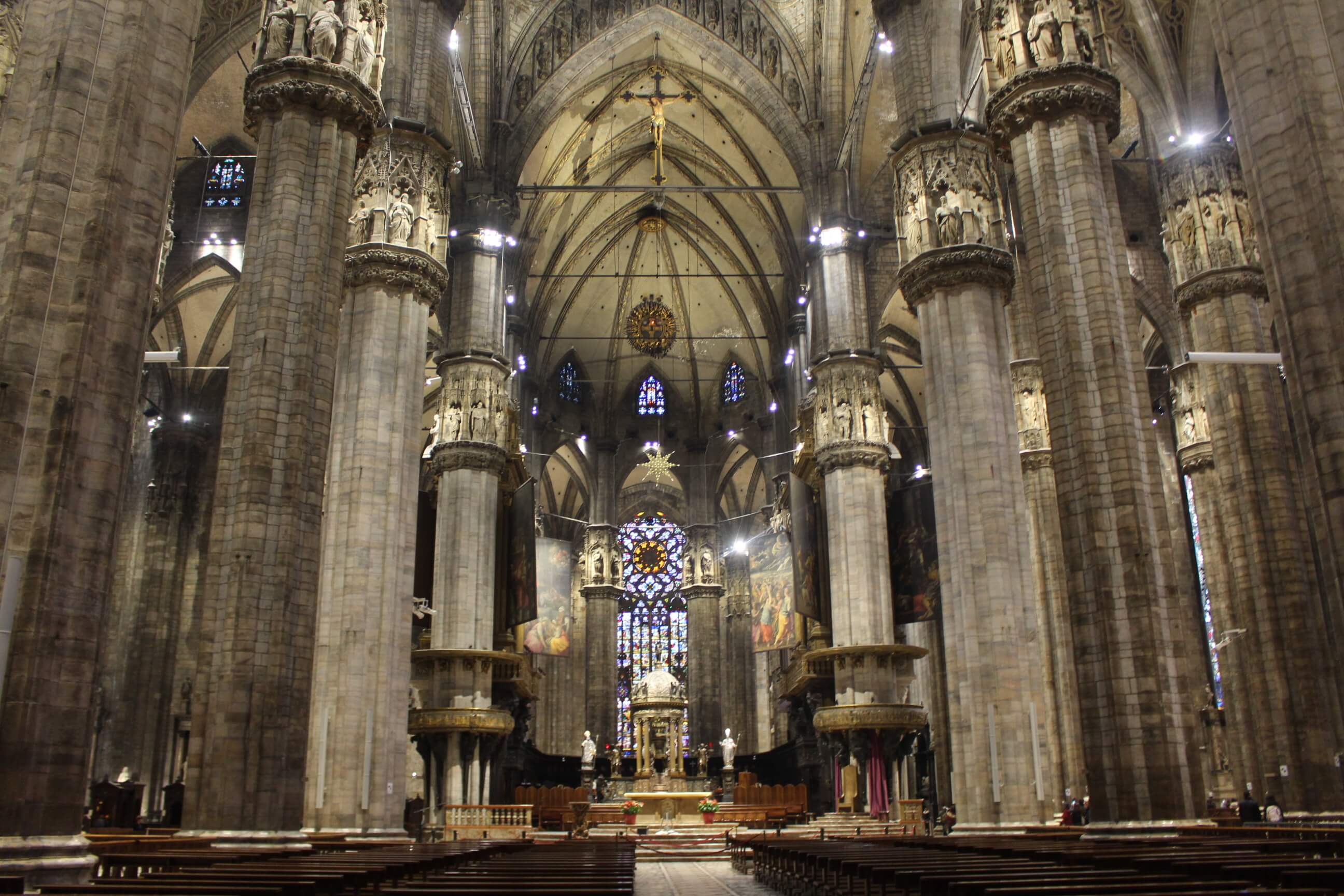 My jaws literally dropped the moment I saw such grandeur that is so timeless and flawless in the cathedral. 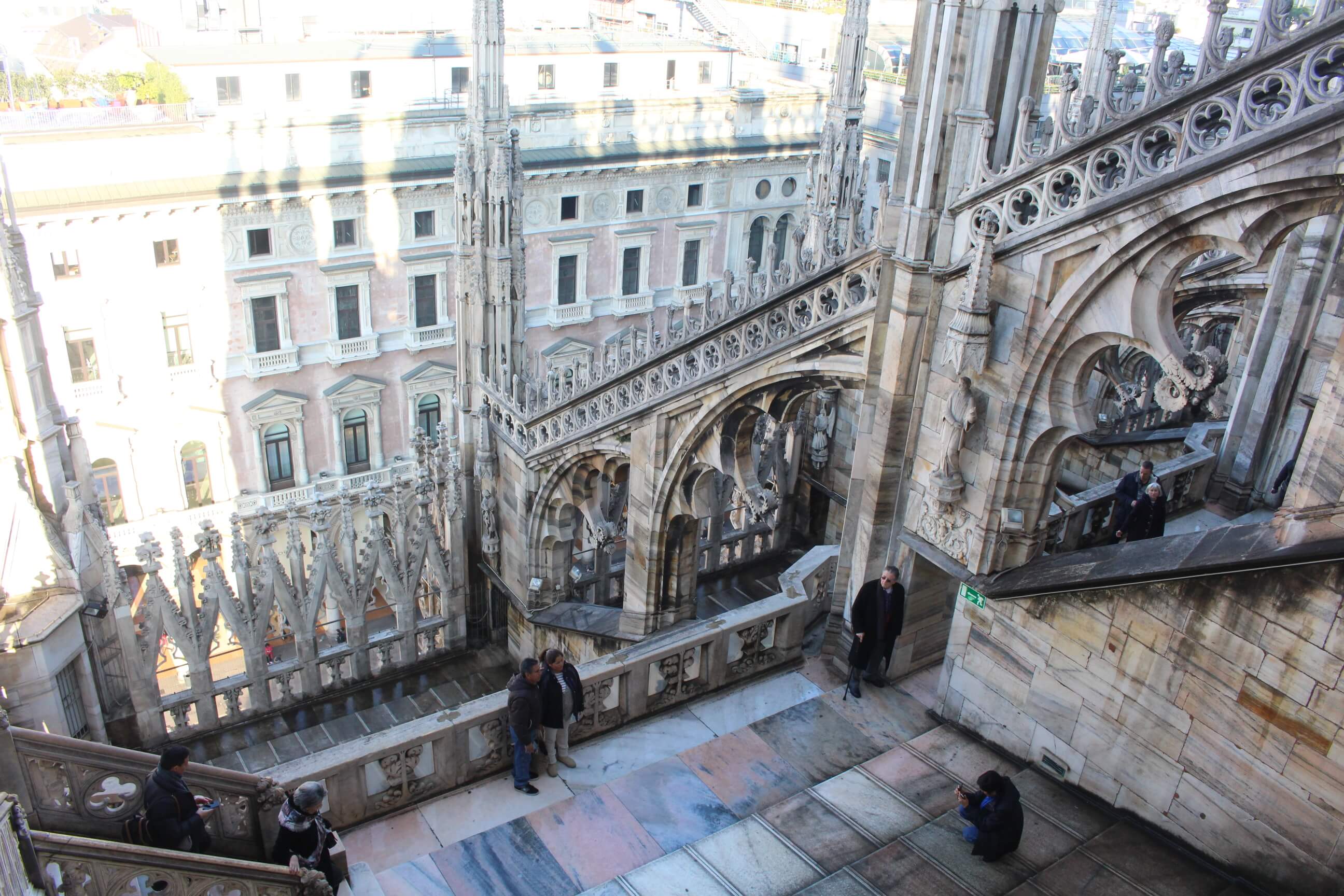 Make your way up to the terrace rooftop and continue to be astounded by its riveting design, and the overlooking view of the square atop this cathedral.

Also, Milan wins hands-down for being THE shopping destination when it comes to both luxury and non-luxury brands alike. I couldn’t help but be entranced by the old town charm of the shopping districts while I shopped in the midst of high-end brands such as Bvlgari, Louis Vuitton and Chanel. 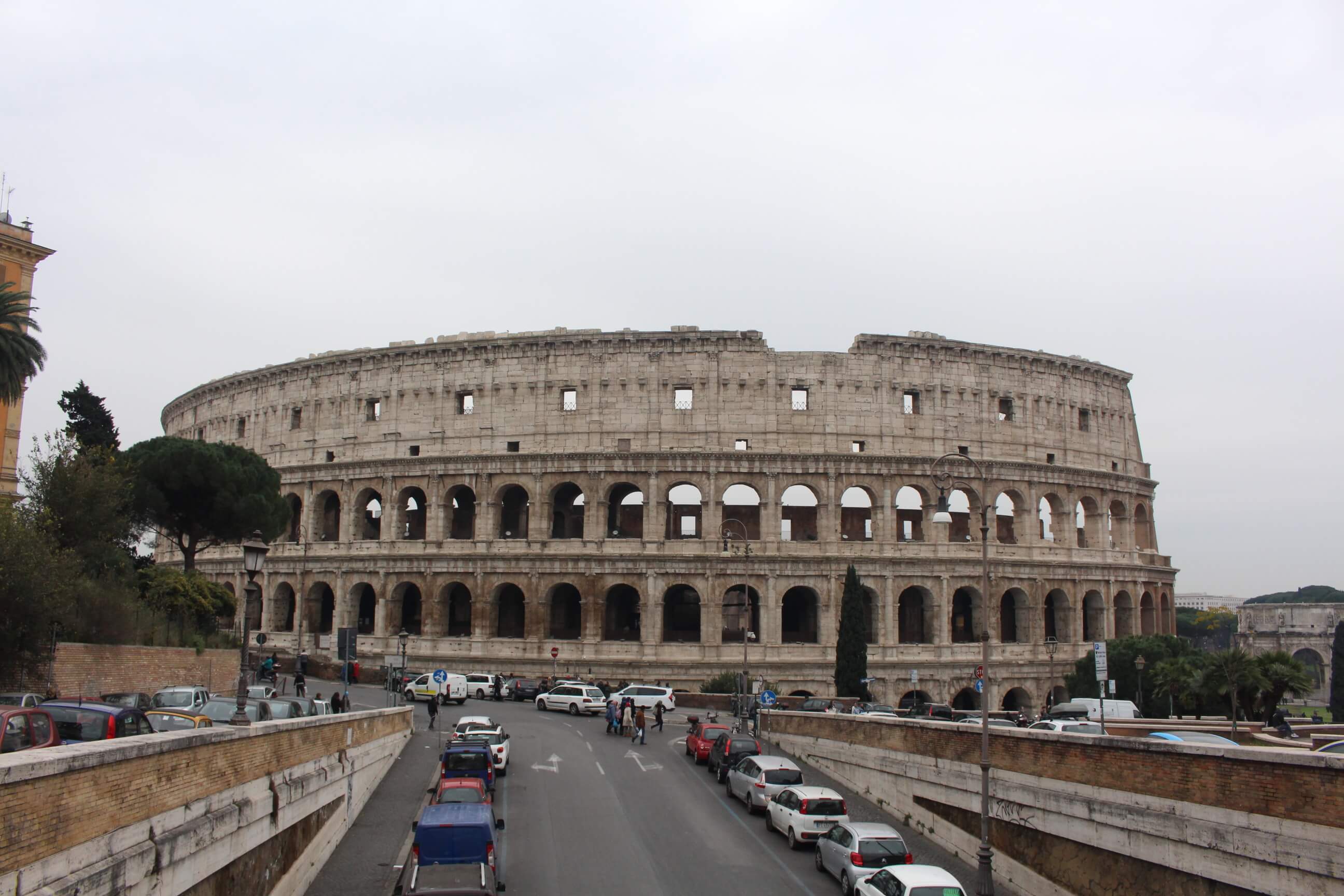 Amongst various landmarks for which Rome is well known for, the Colosseum comes out tops and it’s not hard to see why. 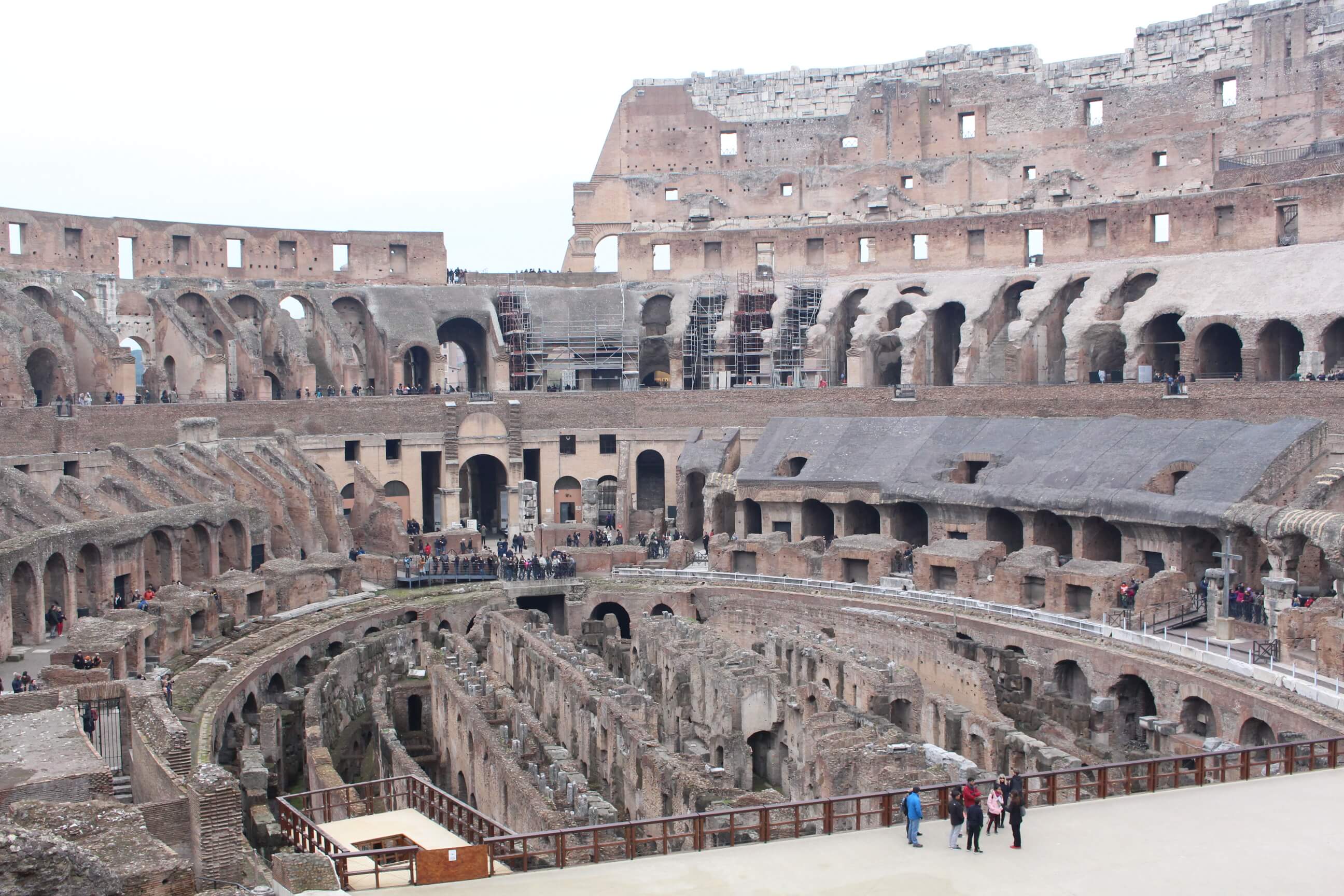 Revel in the magnificence of the Colosseum, a seemingly untouched ancient relic that brings one back to the yesteryears of the Roman Empire. 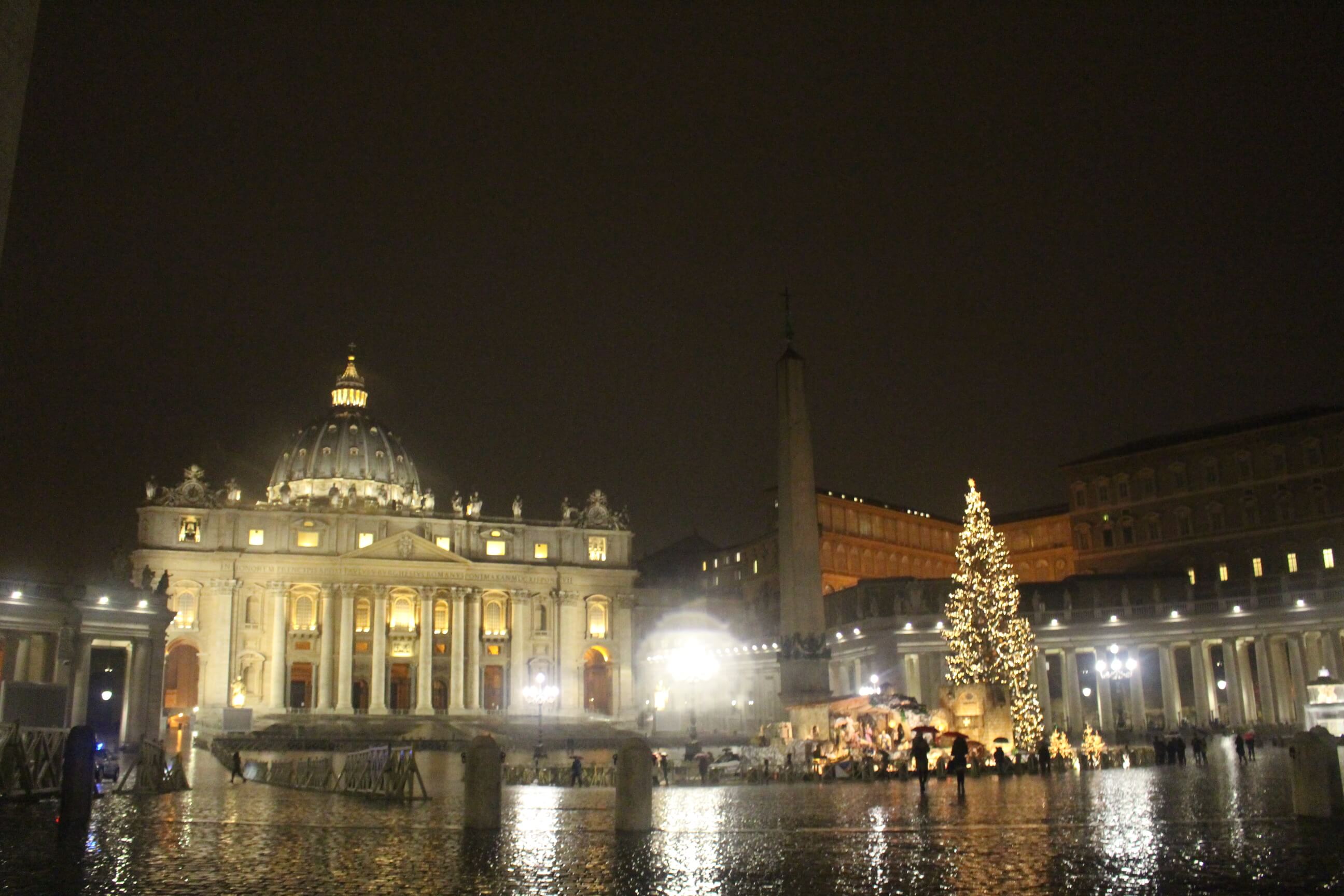 The Vatican City looks equally stunning in the night as it does in the day. 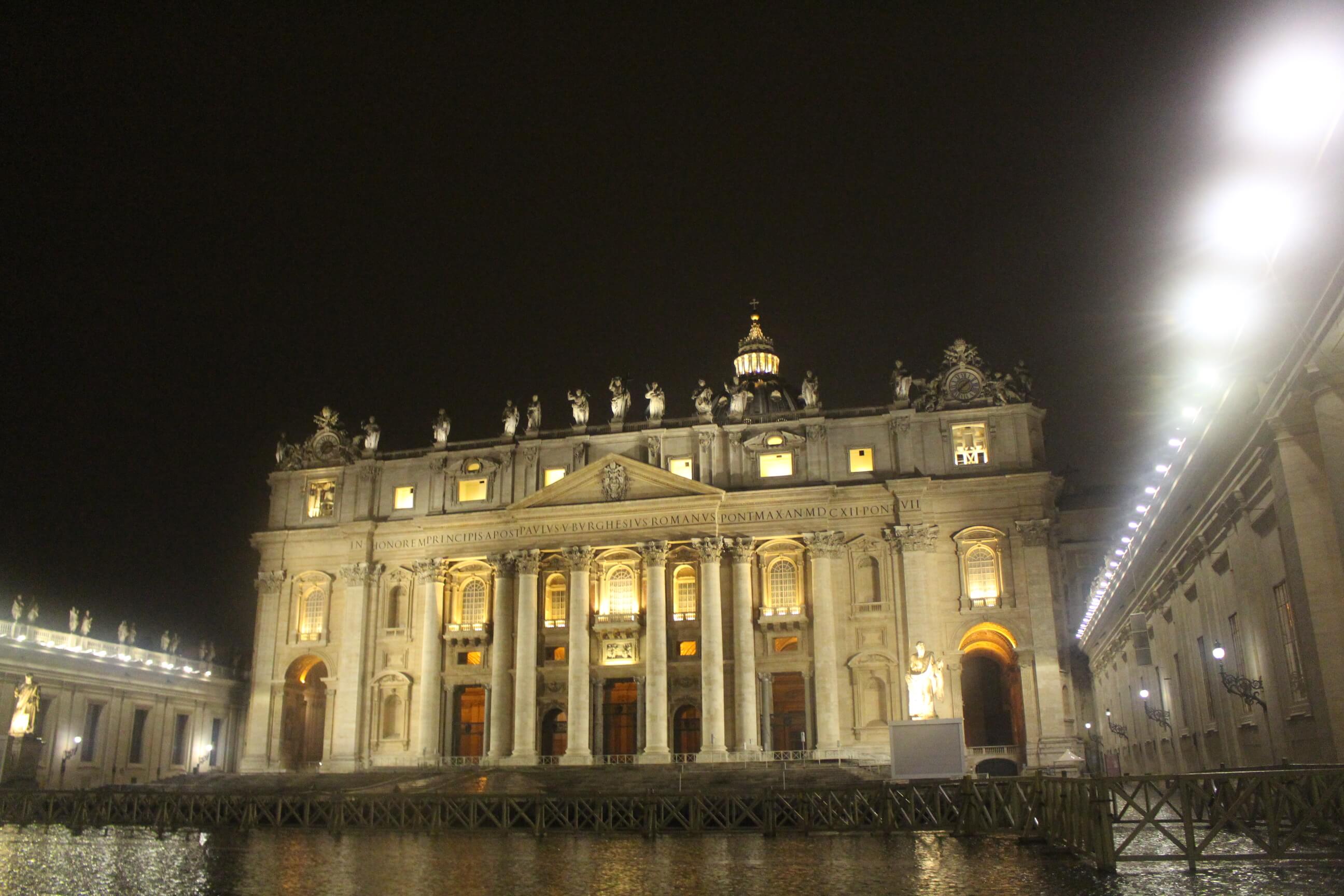 The architecture in the Vatican City is like no other and the lights at night only serves to accentuate the beauty of its exterior.

The Colosseum and Vatican City are two historical landmarks you can’t skip out on when you’re in Rome. At the first sight of these majestic ancient ruins, you may question if what lies in front of you is real because I sure did. Though I am not a history aficionado or one who particularly enjoys reading about ancient sites, seeing these impressive historical sites did pique my interest. 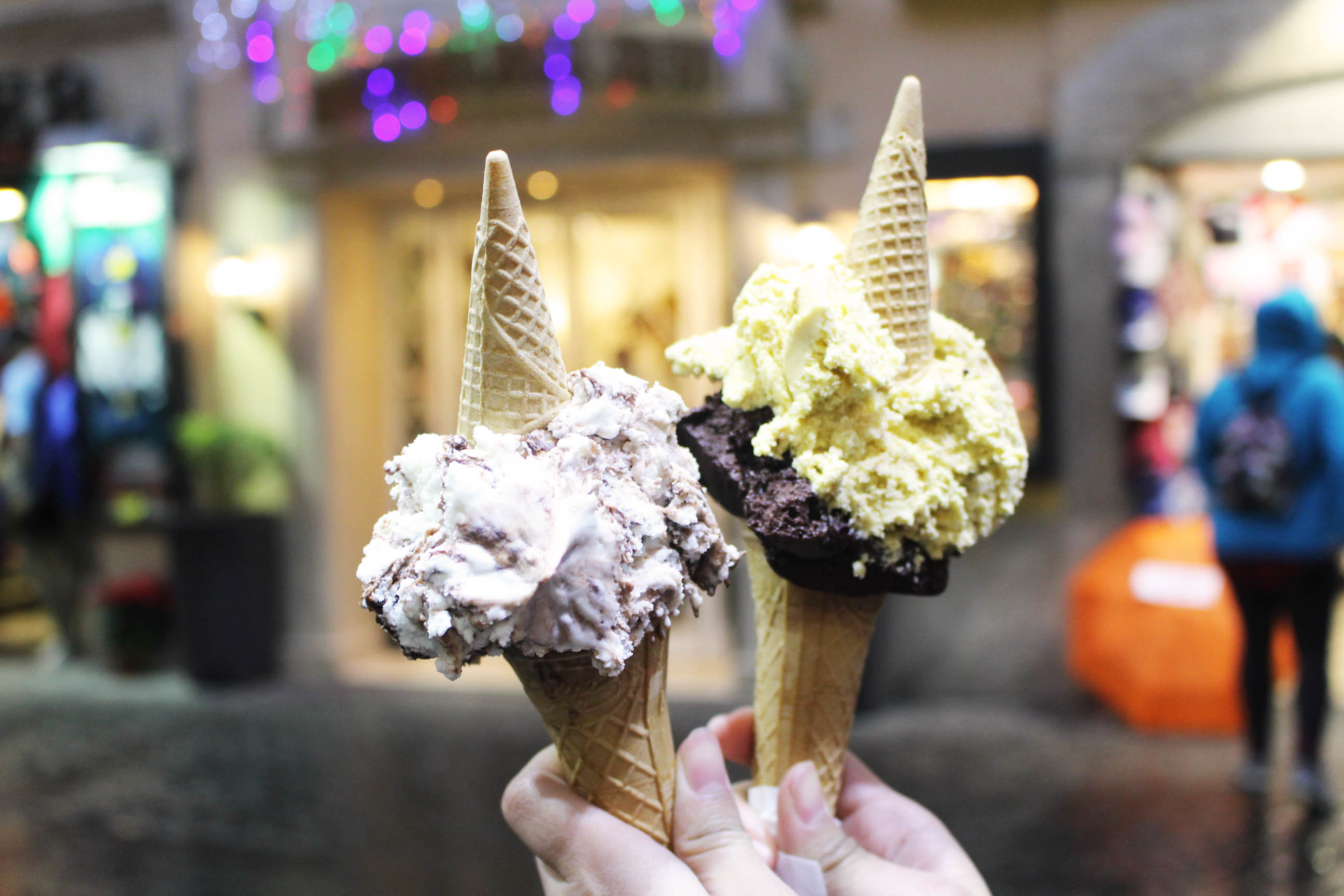 How can you be in Italy without having yourself some Italian gelato?

When it comes down to choosing between having the best leather-made goods and best gelato in the world – a tough call for sure – I would have to go with the latter. By far, Italy has the best gelato; I mean, it has to, right? The doughy texture of the gelato and richness of the flavour were enough for me to throw my diet plans out of the window.

As they say, when in Rome, do what the Romans do – and have some gelato. The Notre Dame Cathedral in Paris is surely a show-stopper, as one can easily spot it from afar. Satiate your sweet tooth at Laduree, the upscale café along Champs-Élysées where throngs of tourists flock to for its specialty – macarons.

Paris is a city of love, where romance (and shopping) is in the air. Think Eiffel Tower and Champs-Élysées. While the architecture within Europe can be rather similar at times, there is something about Paris that sets her apart from the rest and which I found intriguing. I chalk that up to the class and elegance the Parisian architecture is deeply shrouded in, where even Prague doesn’t even come close with its quintessential old town charm.

Our stay in Paris was also made all the more pleasant with amicable strangers who offered help, running contrary to the snobbish stereotype of the French we have always heard of. It left us even more enamoured by this glamourous city that we are bound to return to one day. 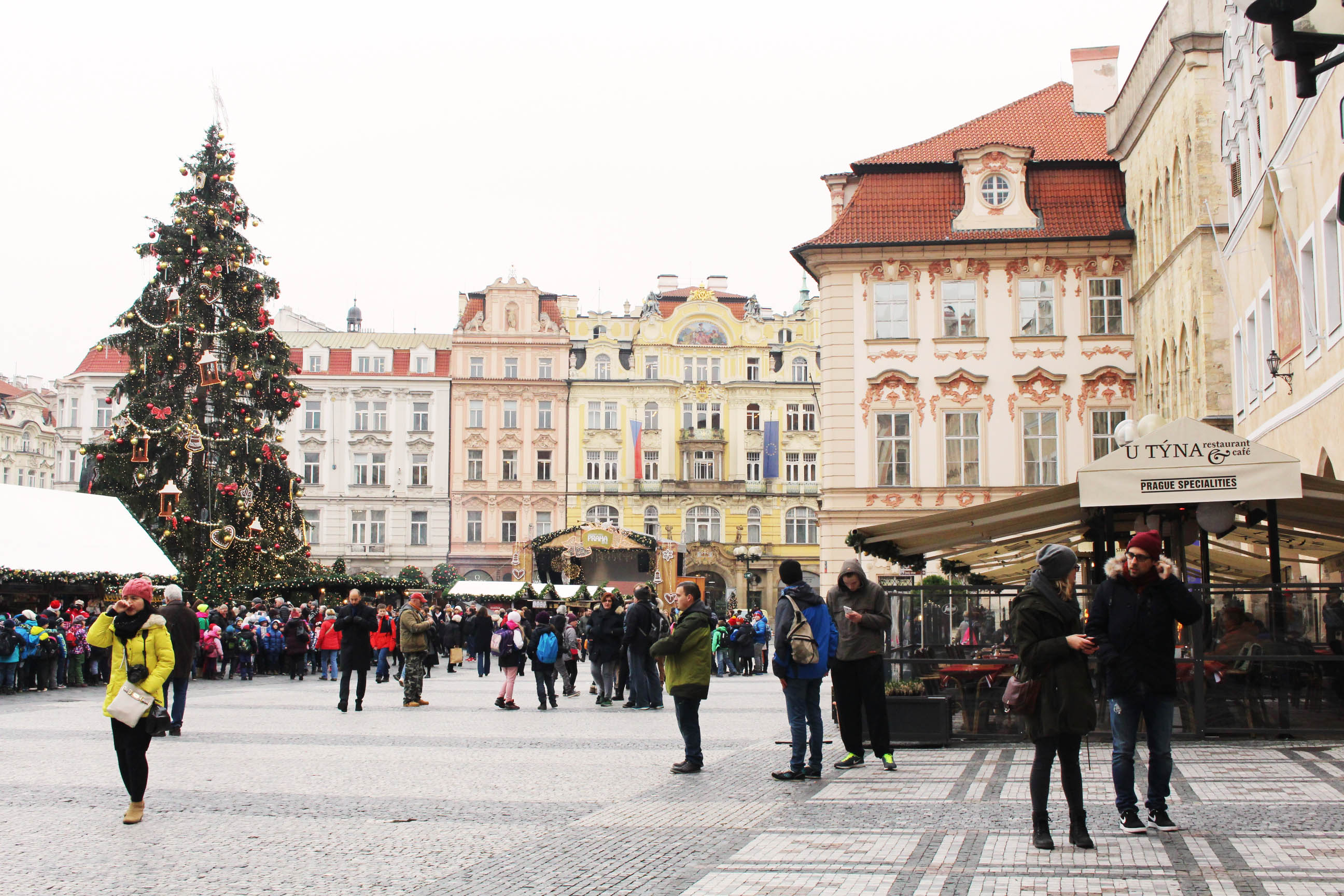 It isn’t winter in Prague without some Christmas market, right smack in the heart of the popular old town square.

Amongst the old towns in numerous cities and countries in Europe, the one in Prague takes the cake. The old town square there exudes an otherworldly type of beauty. It has a classic old town charm to it, which simply cannot be replicated outside of Prague. 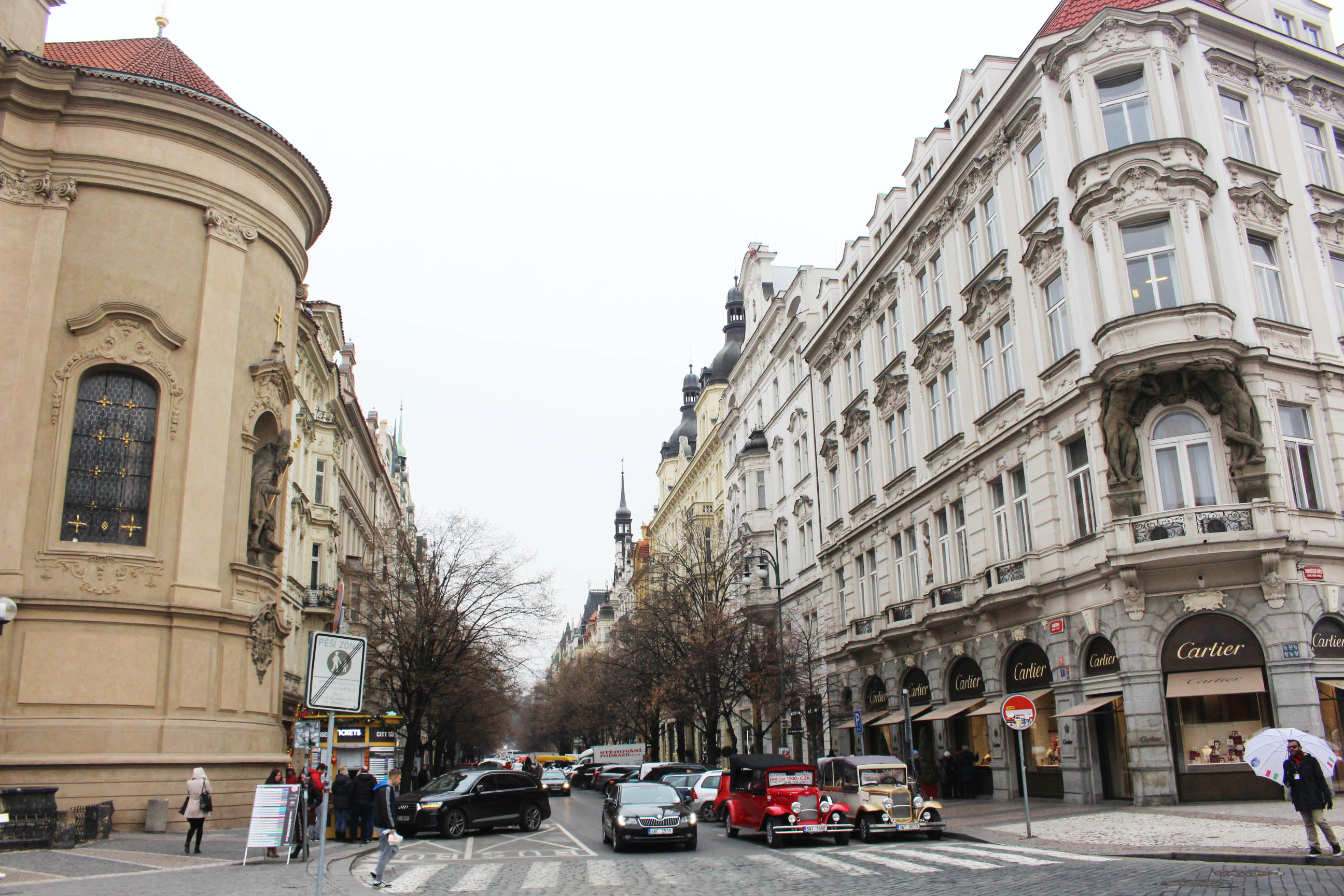 I swooned every time I made a turn around the old town square, which is inundated with such eye-opening and fascinating views.

Prague is also exactly how we pictured a medieval period, reminiscent of times where horse-drawn carriages are aplenty on the streets. As we explored the square surrounded by Gothic and Baroque buildings that date way back to the 10th century, we never wanted to leave the “time warp” we were in. If given a choice,  we figured most of us would not. 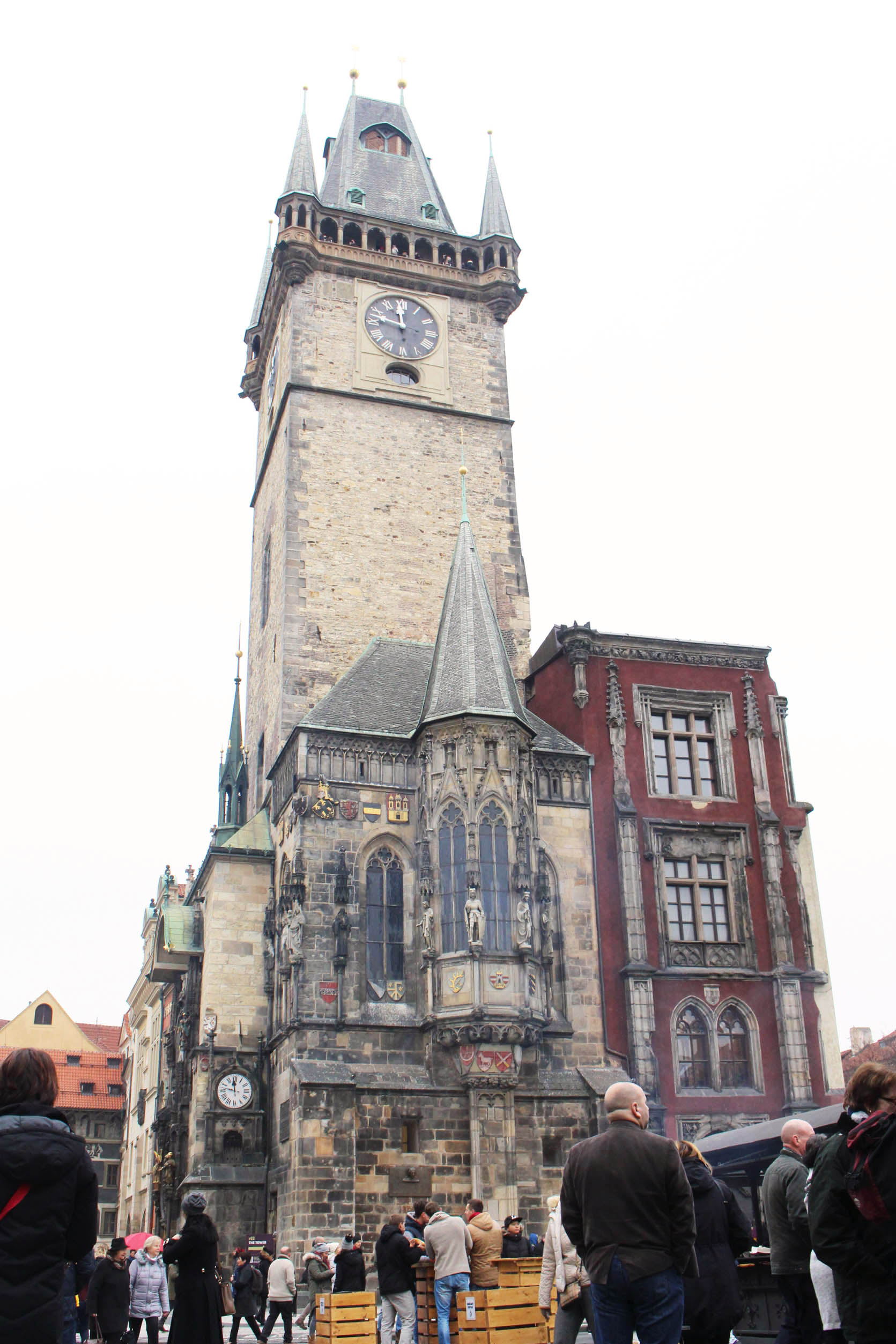 Behind this Astronomical Clock Tower in Prague lies an interesting legend.  it took an extremely lengthy amount of time, about one century before the clock was working again. 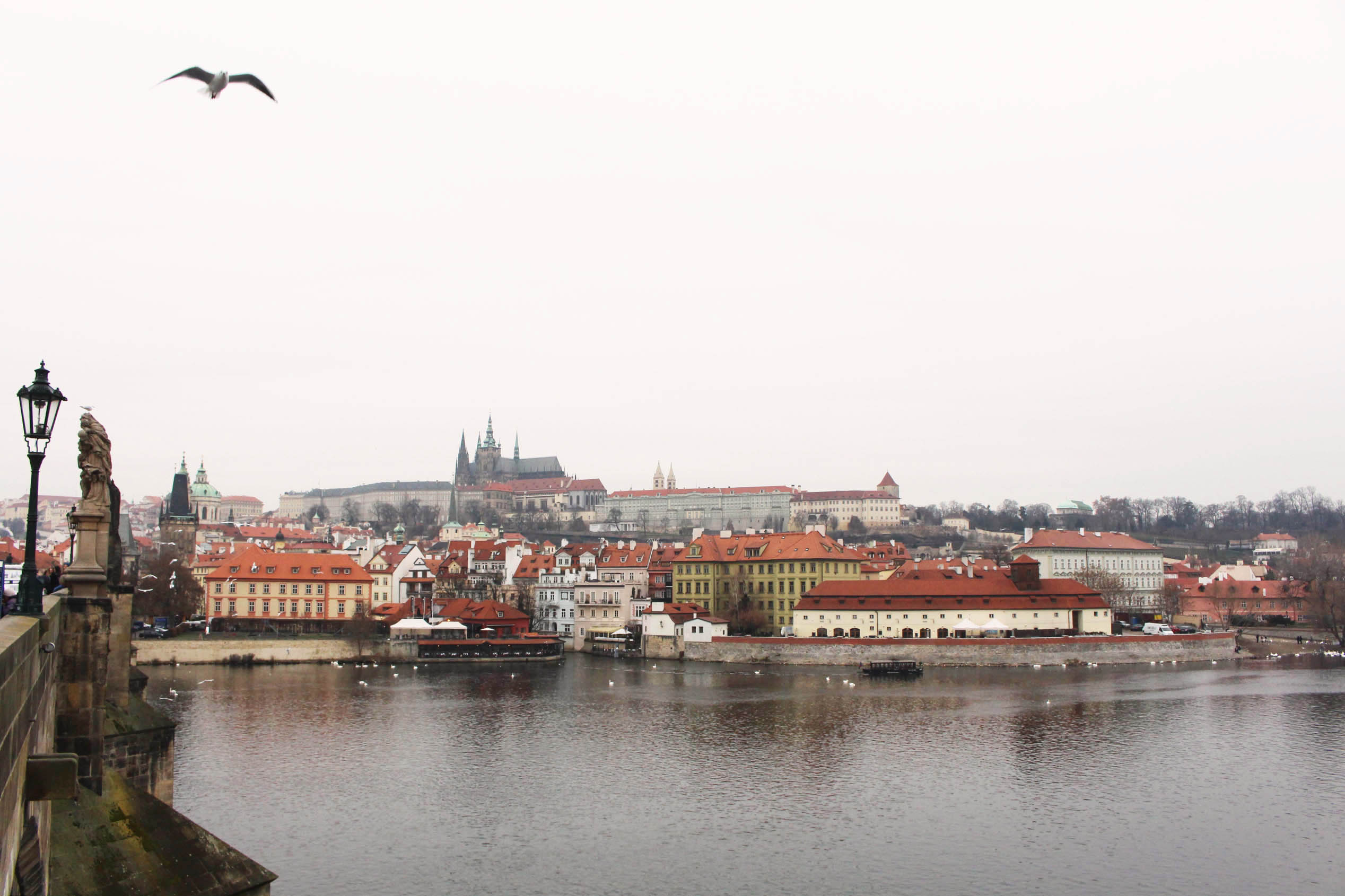 We swooned over this sublime view as we crossed over the widely known Charles Bridge while making our way to Prague Castle Complex.

Be it for sightseeing, shopping or simply savouring the finest things in life like food, Europe has a city just for you. While mainstream, many of these cities continue to have repeat visitors and we are beginning to see the reason why.

Carrie is a daydreamer who finds joy in spreading words of great must-go places and experiences not to be missed. She believes that good things are meant to be shared.