What's On
You are at:Home»Countries»Australia»From Singapore to Perth and Back: How I Did It in Three Days
By Justin Teo | Senior Writer on December 27, 2016 Australia, Travel

Perhaps it’s to show that it can be done. Perhaps it’s because I had to be back at work on Monday. Perhaps it’s because Sage Hotel just launched their latest hotel in West Perth and invited me for a quick tour. It was my first time in Australia, and I was surprised that it was even possible to enjoy a three-day itinerary in Perth.

The Sage West Perth Hotel is brand new and impressive in many aspects, for example its proximity to Kings Park, one of the largest inner city parks in the world. I was charmed by Kings Park’s handsome mix of natural native grassland and beautifully curated species of flora and fauna.  Taking the hotel’s complimentary bicycle through the wooded path on my second morning, I could smell the sweet scent of the ubiquitous gumtrees.

I also chanced upon a memorial service at the State War Memorial on my final day, while exploring a part of the sprawling reserve. The tranquil and scenic park is a fitting spot to remember the those who have come before, and perished before their time; The park is site to more than a dozen other memorials and honour avenues. Kings Park, which at 400 hectares is also larger than New York City’s Central Park, is ranked the sixth best park in the world. Sage West Perth Hotel has Julio’s, a heritage restaurant that’s more than a hundred years old. Julio’s century-old bricks and beams are integrated with the modern hotel building, and the restaurant serves great modern Italian cuisine with fresh pasta made every day on-site.

Be sure to try the hand-rolled potato gnocchi — these little cushions taste like they are made of feathers instead of potato. And if you’re not into ice-creams, the Biancomangiare, goat cheese panna cotta with rhubarb and raspberry fluid gel, is quite spectacular — the bright acidity  and balanced sweetness of the rhubarb compote is the perfect answer to the deep richness of the slightly tangy goat’s cheese. It’s one of the most delectable Italian desserts I’ve had. Pretty much everything I’ve tried in my two nights at Julio’s, including the hearty breakfast served tegame, was as on point.  The full-on beans, thick strips of bacon and the coddled egg well-padded my gut before I started on the wine-tour at Swan Valley on the second day. 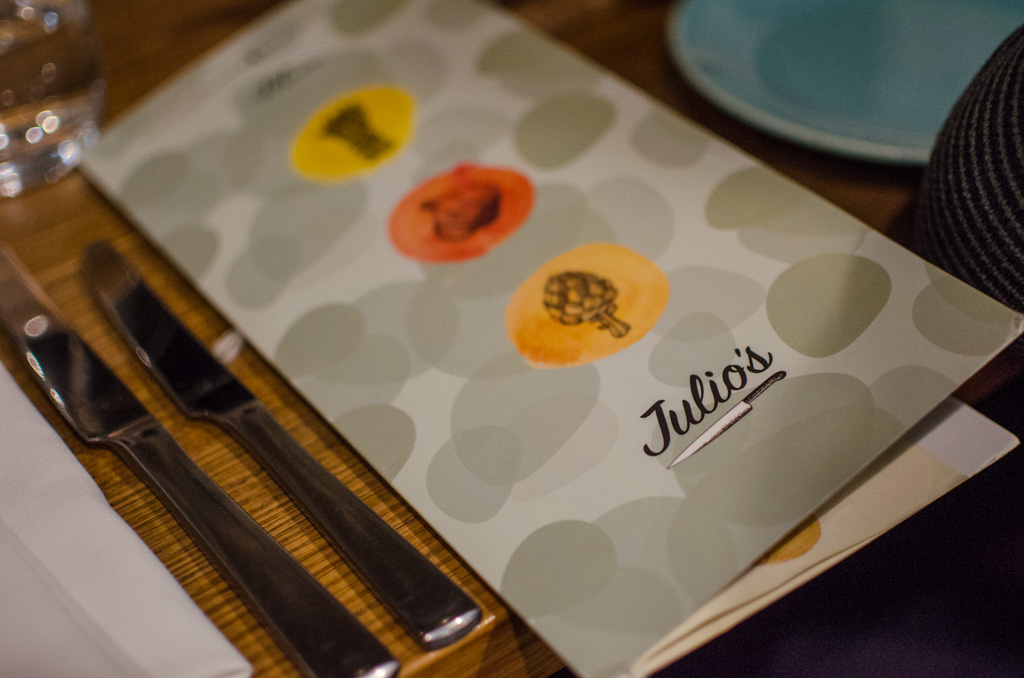 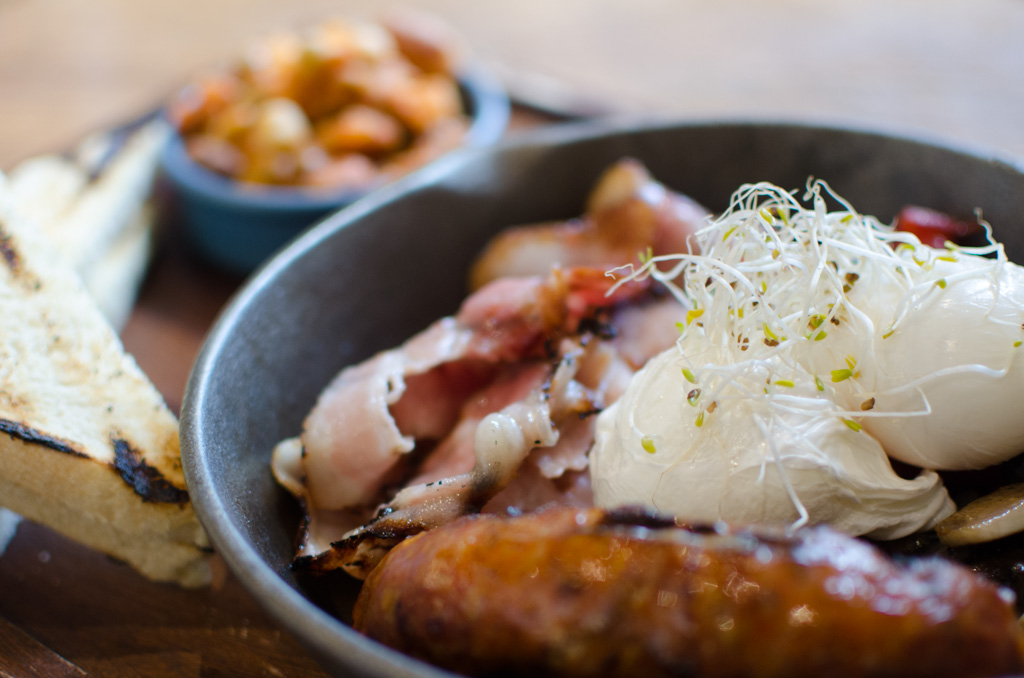 Breakfast at Julio’s. The sausage, bacon and coddled eggs are served in the tegame, which is italian for cast iron skillet. Photo © Justin Teo. At Julio’s, these arancini balls (A$12) of gooey goodness are filled with mushrooms spinach, feta cheese, truffles and parmesan with a shell-thin crust. Photo © Justin Teo. Swan Valley, one of the wine-producing areas closest to Singapore, takes only 30 minutes to reach from the Perth Central Business District.  There’s no need to travel further to the more famous Margaret River; I still got to taste some very respectable wines at three wineries of rather distinct characters at Swan Valley. The wine tour by D’vine Tours started with Sandalford Wines, a pioneer of the wine industry in Western Australia, then to Fig Tree Estate, a boutique winery and a local favourite, before stopping by Ugly Duckling Wines for a lunch spread.

For the less wine-enthused, perhaps the pit-stops at The Margaret River Chocolate Factory and the Margaret River Providore might be worth your while. The locally made chocolates and confectioneries at the chocolate factory make perfect souvenirs for friends and family members with a sweet tooth, while the gourmet relishes, condiments and jams at the latter would not disappoint any foodie friends.  Our wine tour finished off at Elmar’s, a microbrewery in Swan Valley, which seems to attempt to bottle some of the Australian sunshine into their house brews. 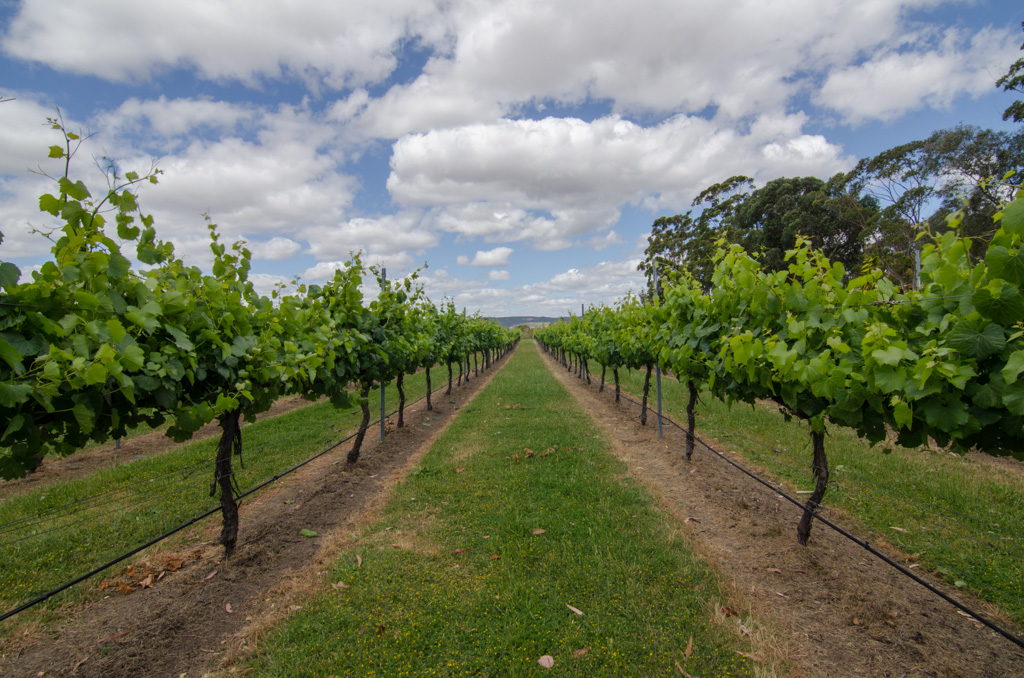 Vineyard at Ugly Duckling Wines in Swan Valley, where we stopped for lunch. Photo © Justin Teo. 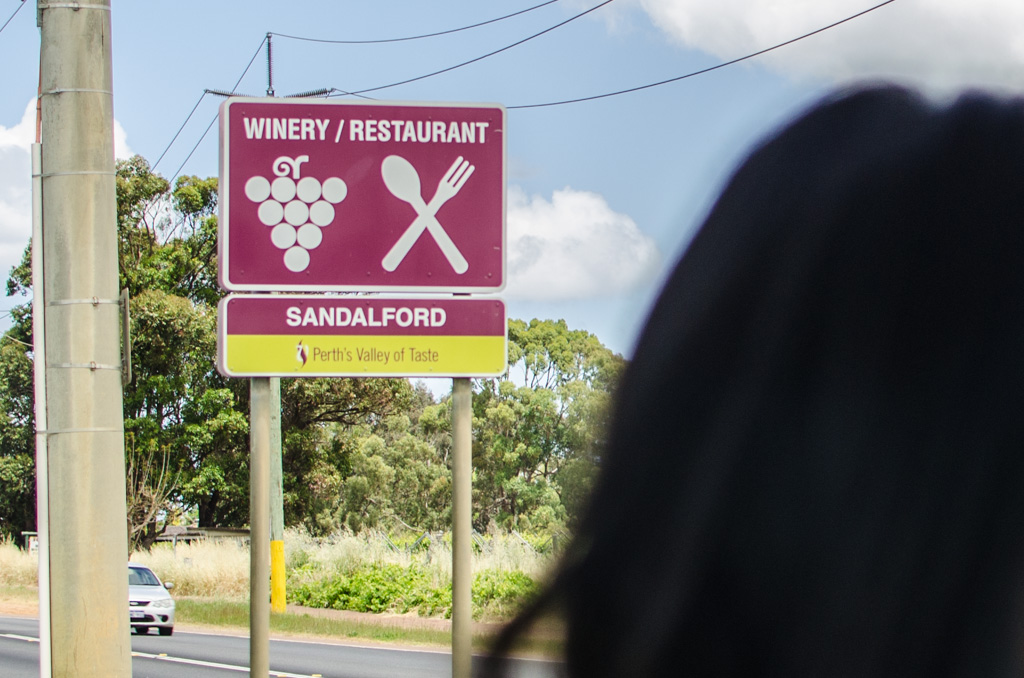 The wineries in Swan Valley is 30-minutes away from Perth Inner City. Photo © Justin Teo. 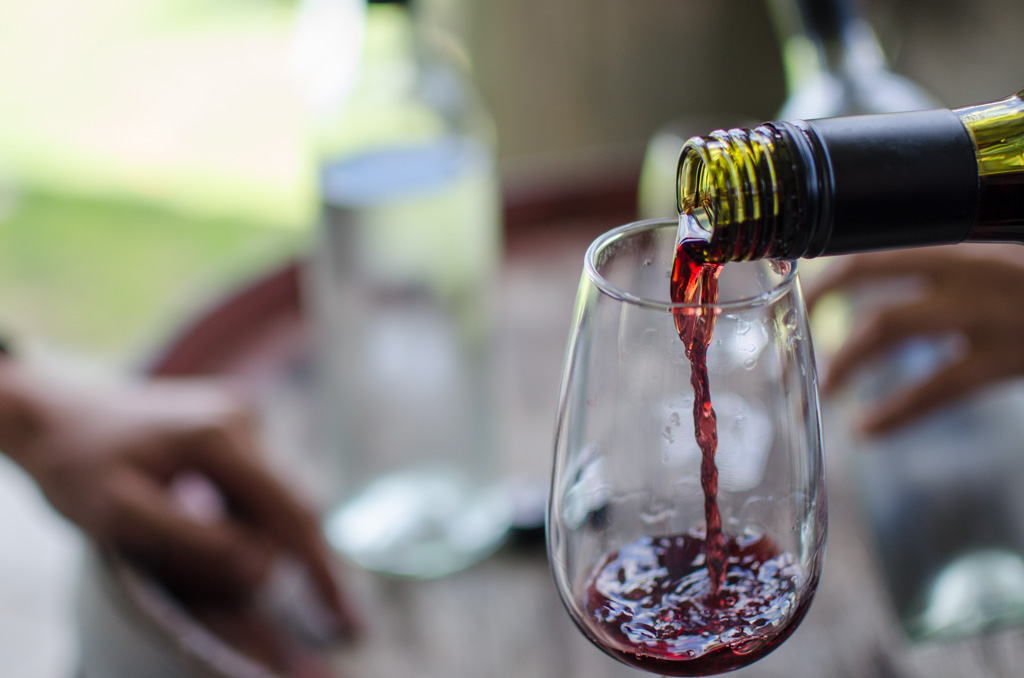 It’s easy to be happy on a Friday afternoon, especially when someone pours you a glass of red wine before lunch. Ugly Duckling Wines in Swan Valley. Photo © Justin Teo. 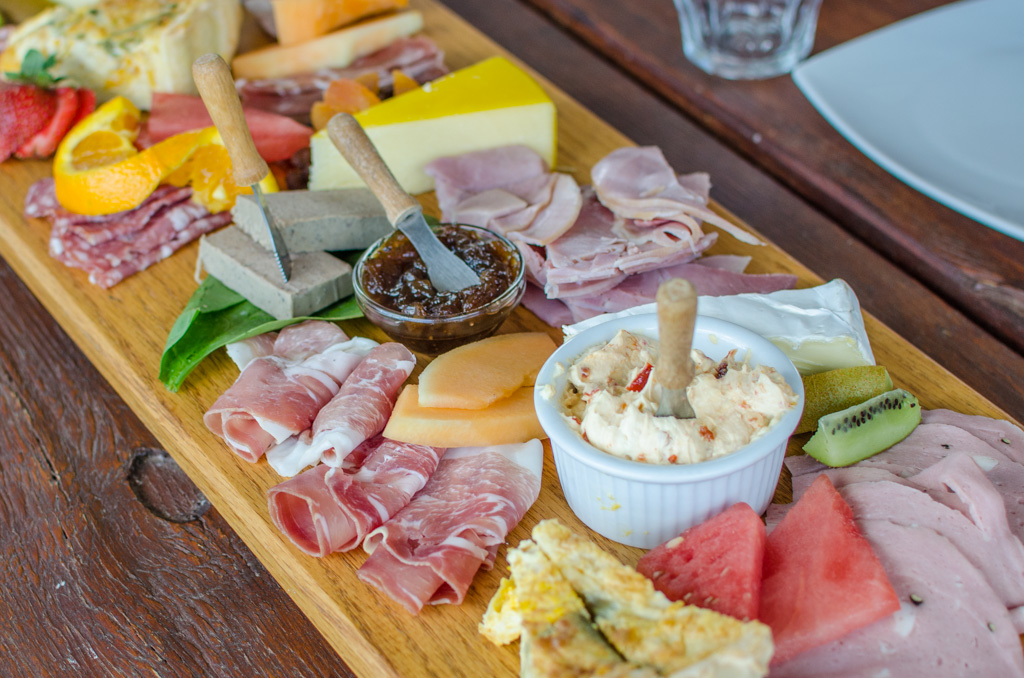 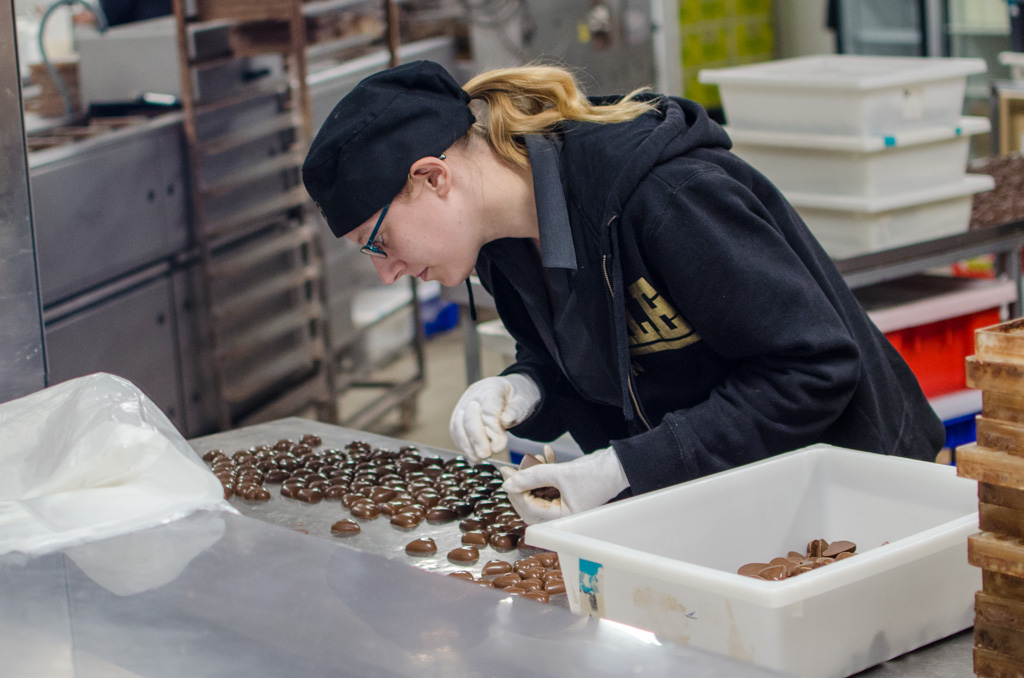 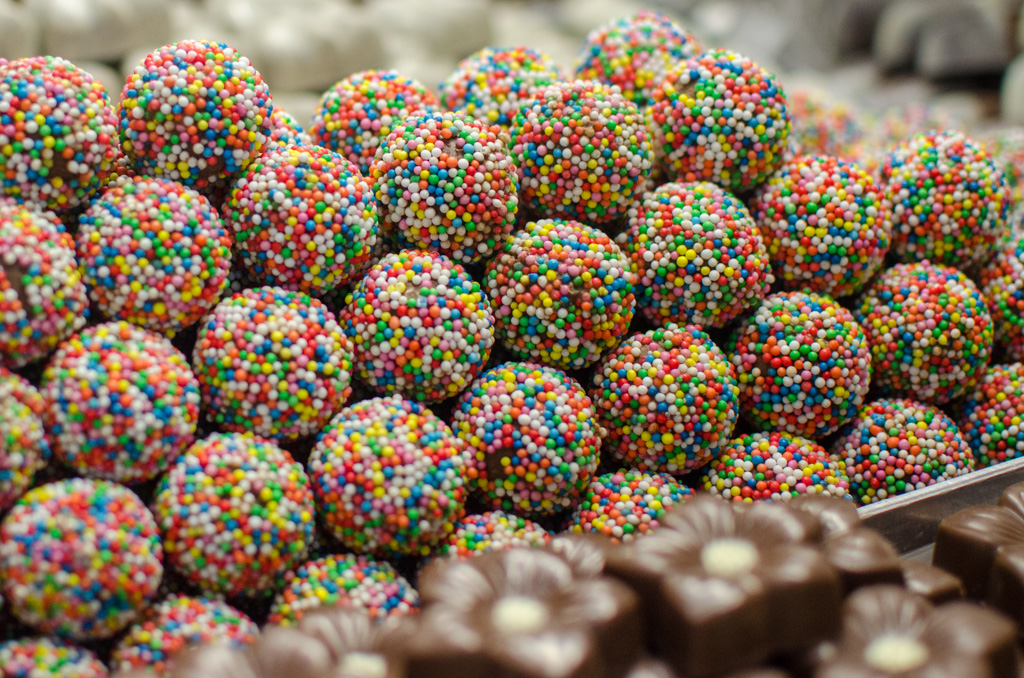 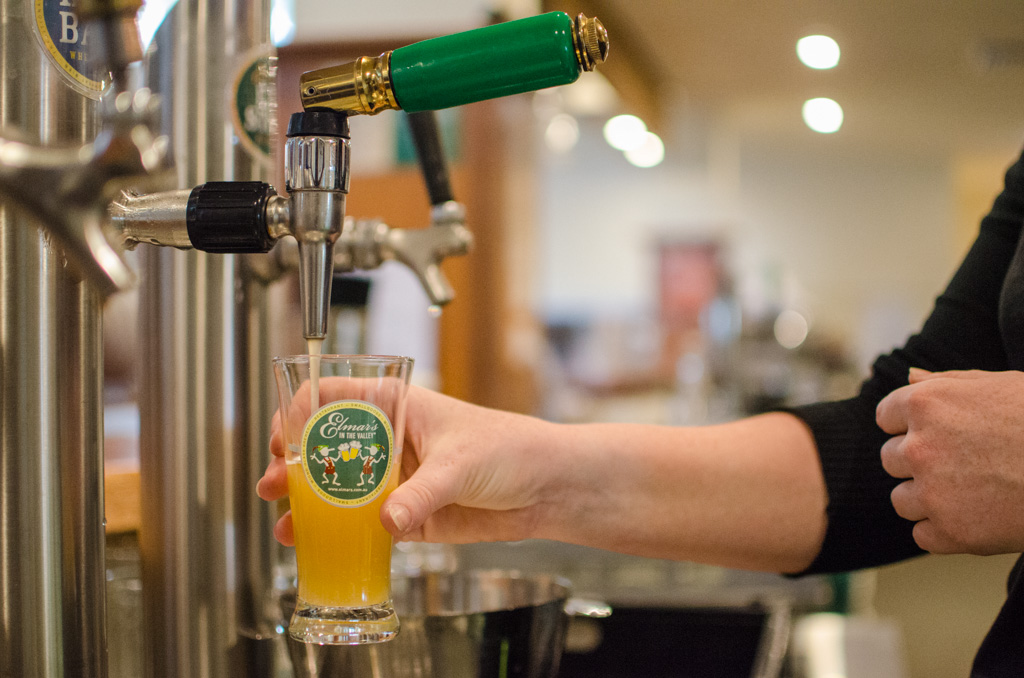 It’s not all wine at the Swan Valley. At German-themed Elmar’s, you can refresh yourself with a variety of fresh beer on tap. Margaret River Chocolate Factory. Photo © Justin Teo.

On the last day, I took a short walk in Fremantle. It’s one of those “must-dos” while in Fremantle, and unless you’re allergic to seafood, I highly recommend eating fish and chips at one of the three fish and chips restaurants by the harbour. I had mine at Cicerello’s enjoying the breeze from the ocean, until I realised it’s a horrible idea with the piratical seagulls milling about, droppings not withstanding.

I am certain the hour-long scenic boat ride on the Swan River, with Captain Cook’s Cruise with its full bar facilities and commentary, is one of the best ways from Fremantle back to Perth, or vice-versa.  To be fair, I’d liked to have explored more of Fremantle, since it placed seventh on Lonely Planet’s Top Ten Best Cities to visit in 2016, and I only stopped for lunch there. 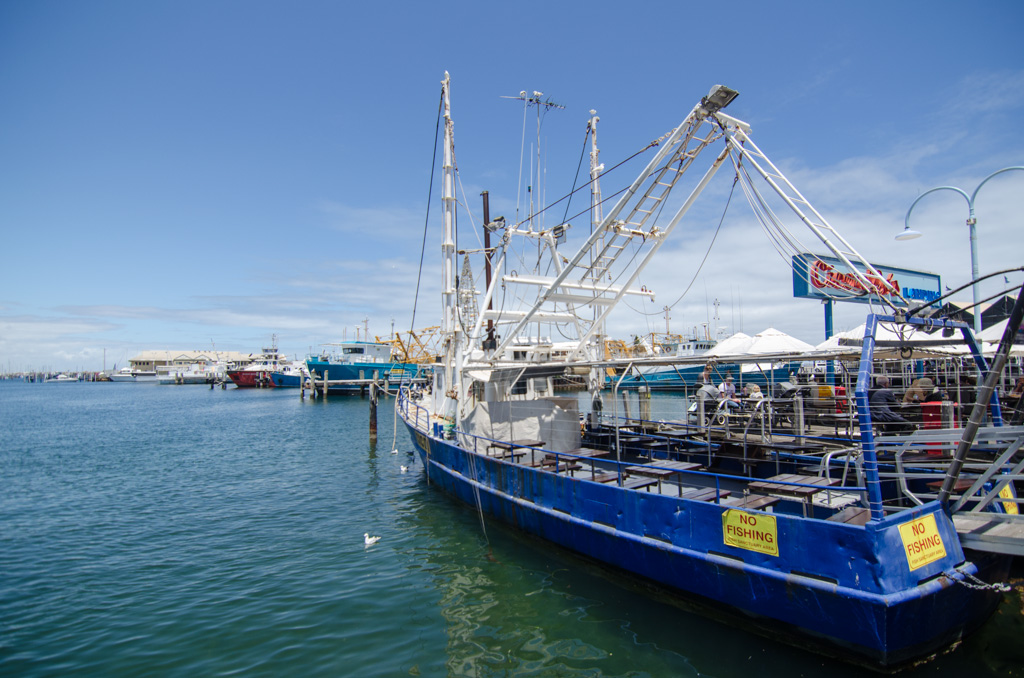 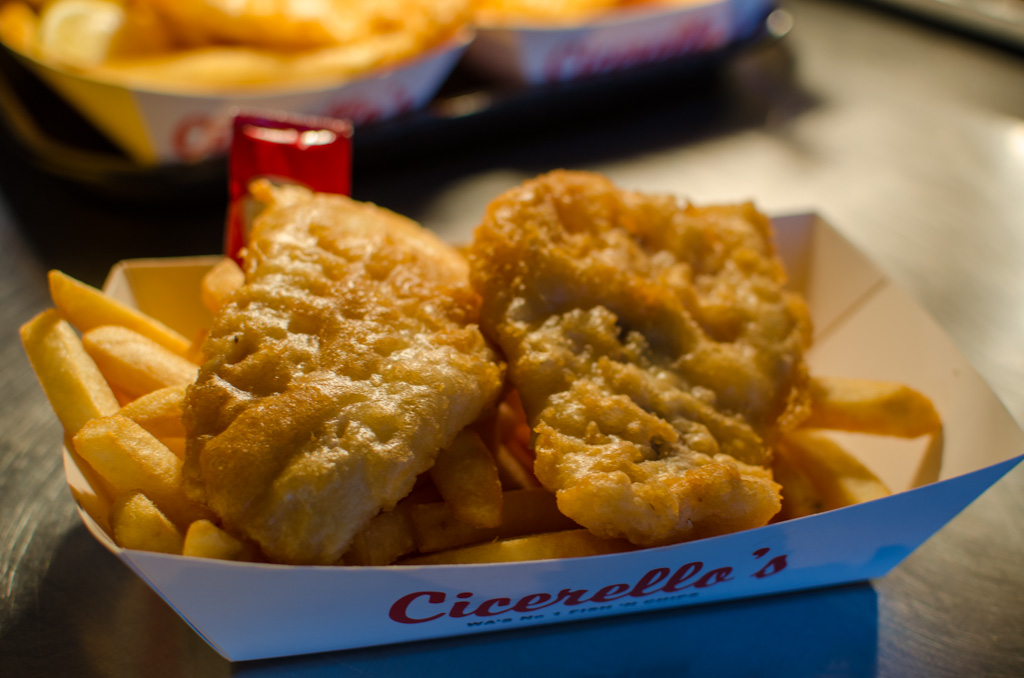 Fish and chips at Cicerello’s in Fremantle. Photo © Justin Teo. Watch out for the archway formed by these rainbow-colored containers in Fremantle. It’s an important port of Western Australia. Photo © Justin Teo. 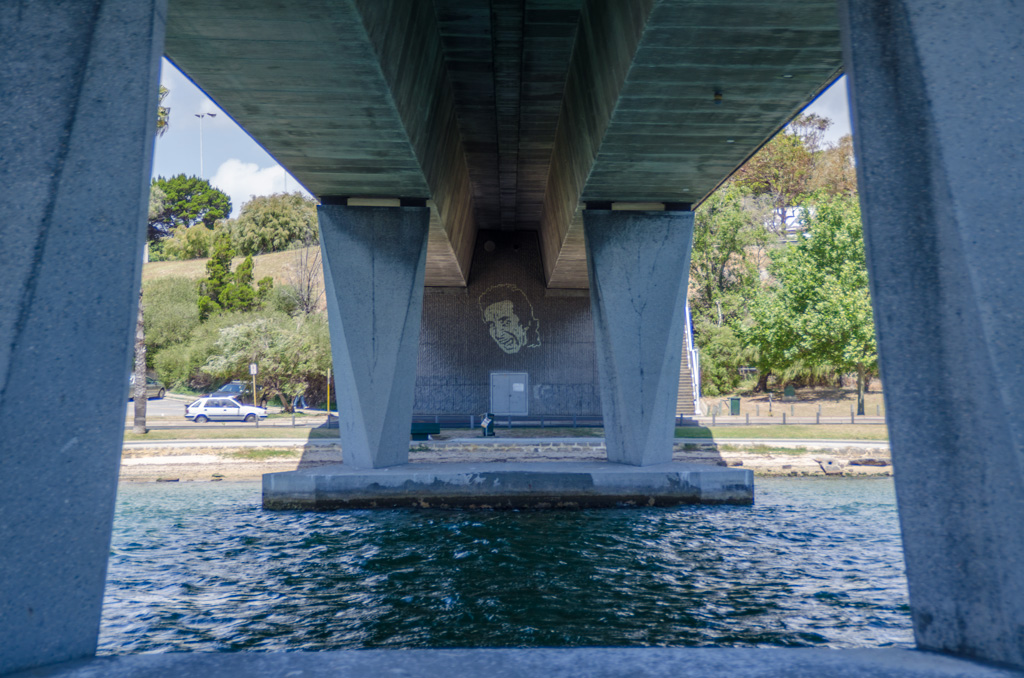 Passing under a bridge while on the Captain Cook’s Cruise back to Perth from Fremantle. Photo © Justin Teo. 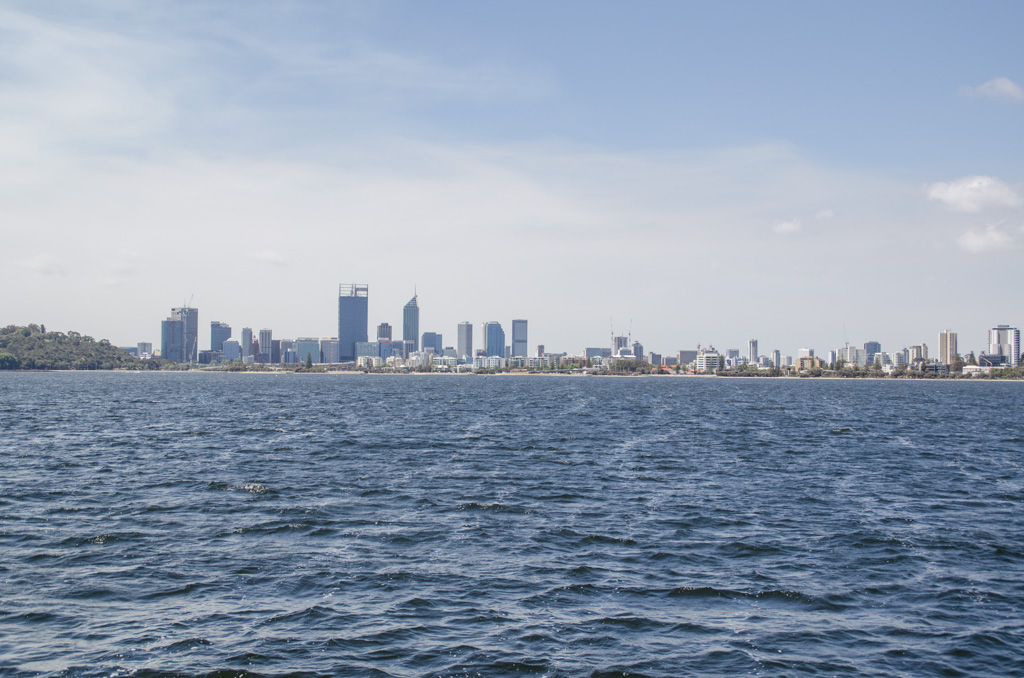 More than Tim Tams and Honeycake

The Perth Inner City has more to offer than just special Tim Tams at Woolsworth and Honeycake, especially with its list of arts and cultural events year-long in the heart of the city. The free City Area Transit buses that service the Inner City area to Sage West Perth Hotel will make checking out the rest of the bars and restaurants in the city a breeze. 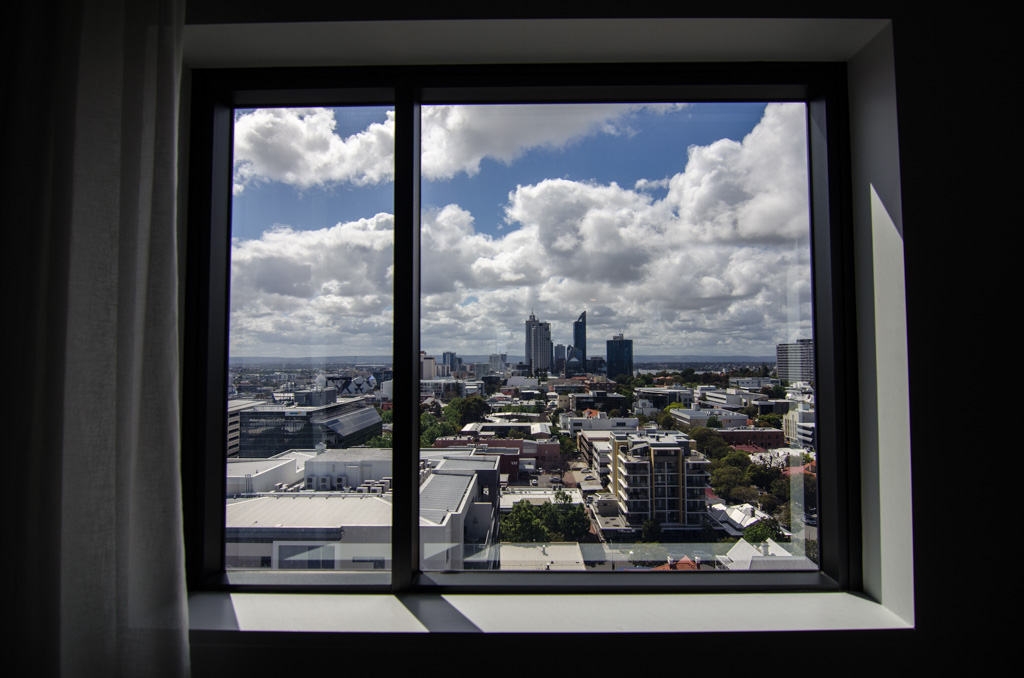 With its complimentary wifi service that allows for unlimited devices to be connected throughout the hotel and the integrated USB charging ports littered around the hotel rooms, I’m certain the Sage West Perth Hotel will satisfy the needs for the new age traveller.

Sage West Perth Hotel is offering some excellent packages during this launch period, such as the Sagecation package at S$215 per night for two adults, inclusive of welcome drinks, breakfasts, one-course dinner at Julio’s, a portable wifi hotspot device. 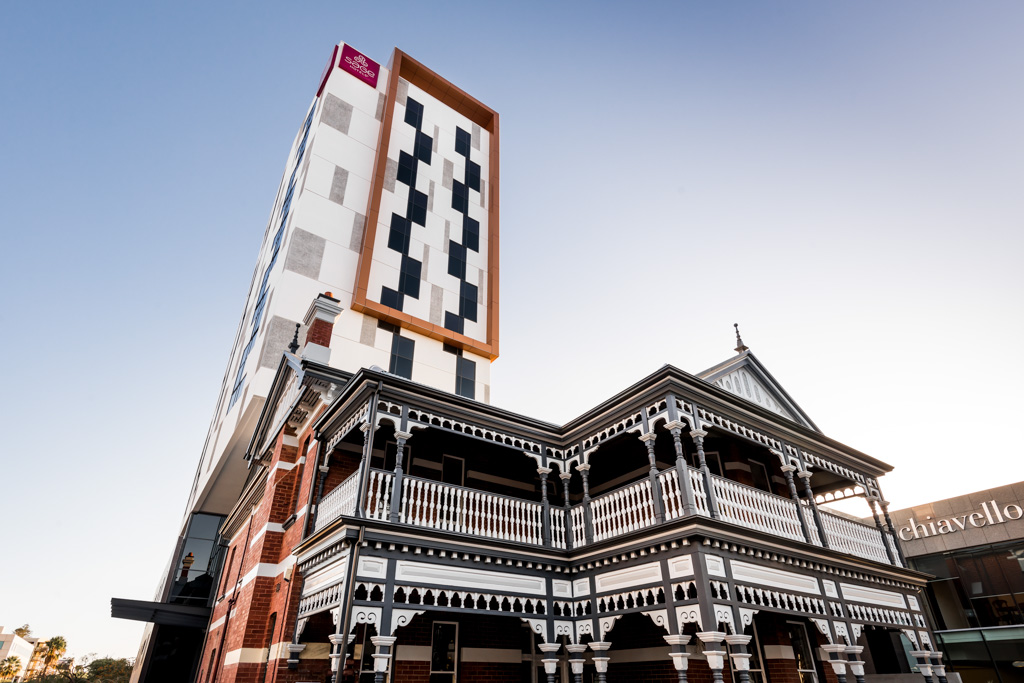 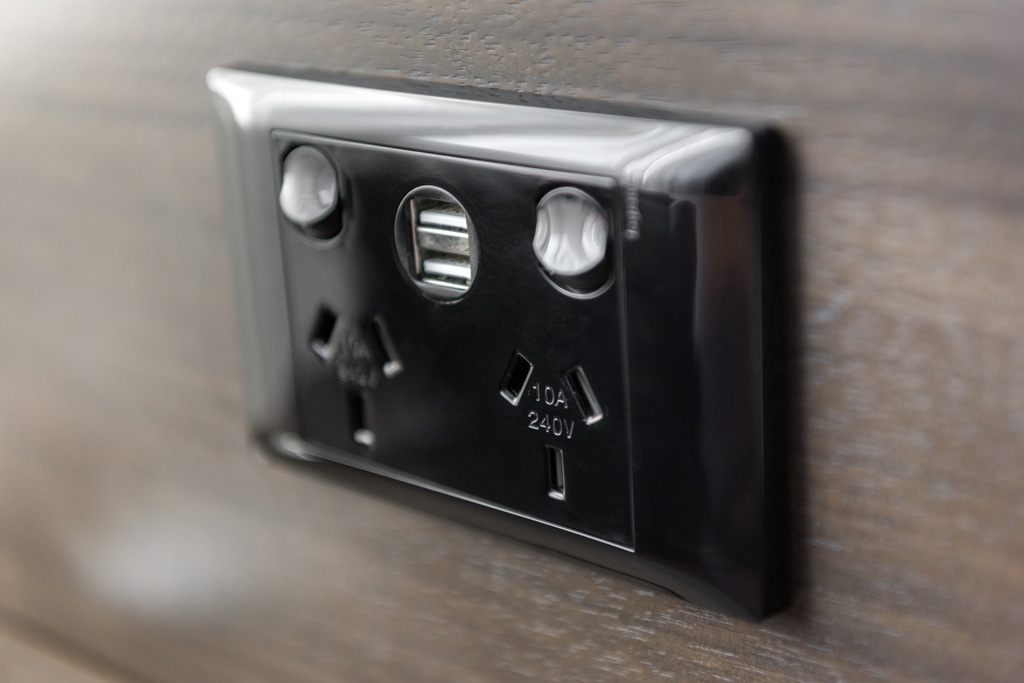 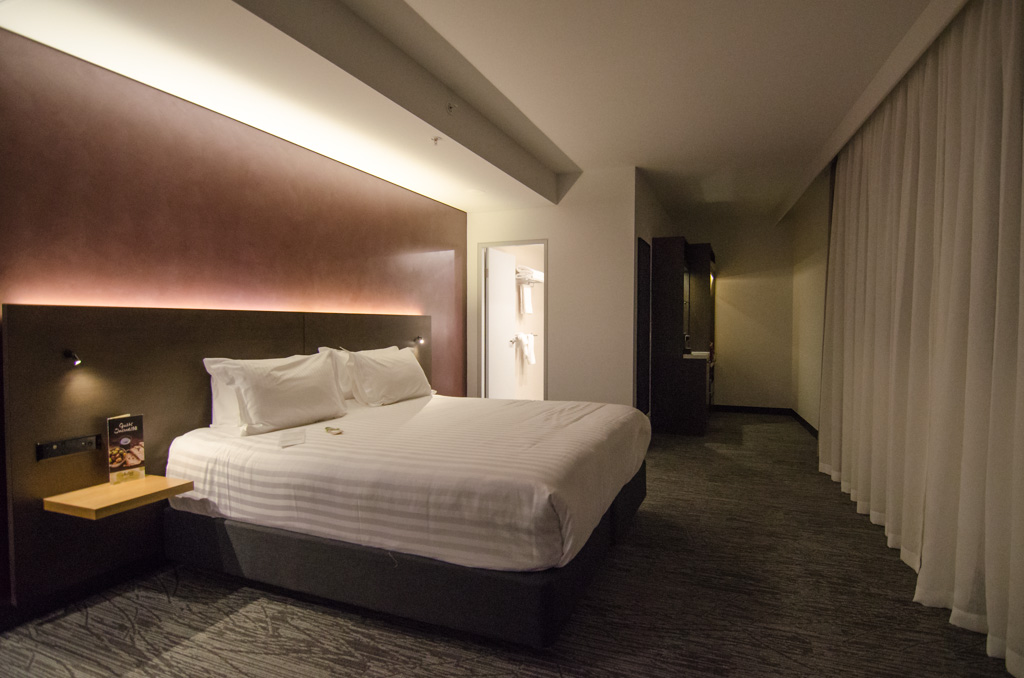 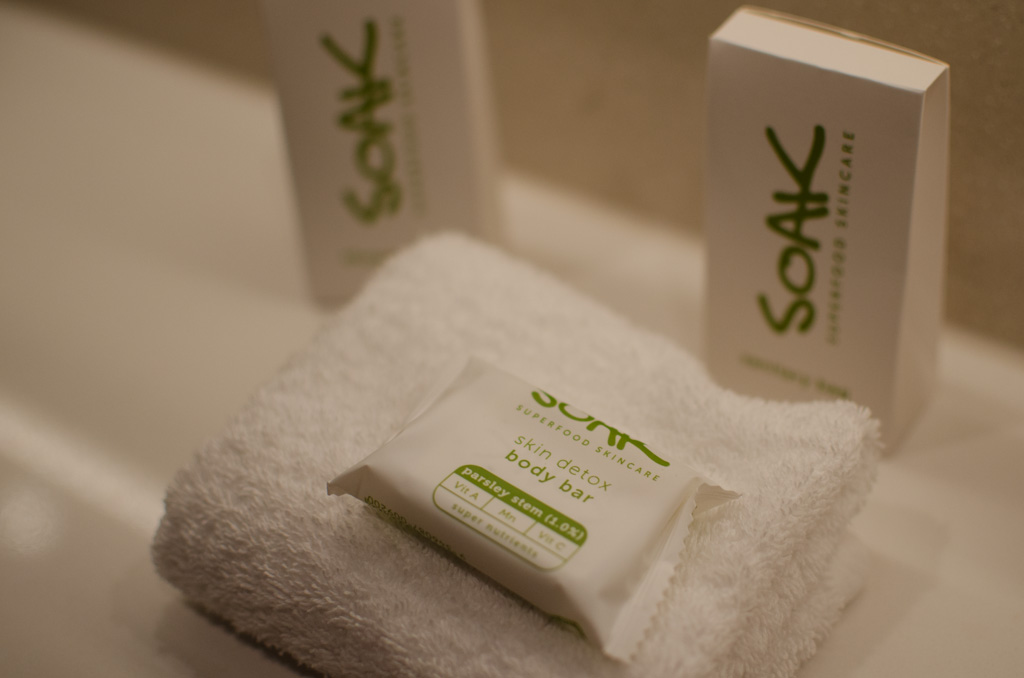 Getting to Perth and breezing through Australian customs

Singapore’s passport is ranked among the top five best passports in the world, and I’ve been spoilt by mine to get me into most countries without prior visa application.  Hence my mild amusement when I was told I had to pay and apply for an Electronic Travel Authority visa for my first trip to Perth, Australia.  The process for the eTA is as easy as buying a movie ticket online, but it just felt like having my ID checked to get into my neighbourhood bar for beer. 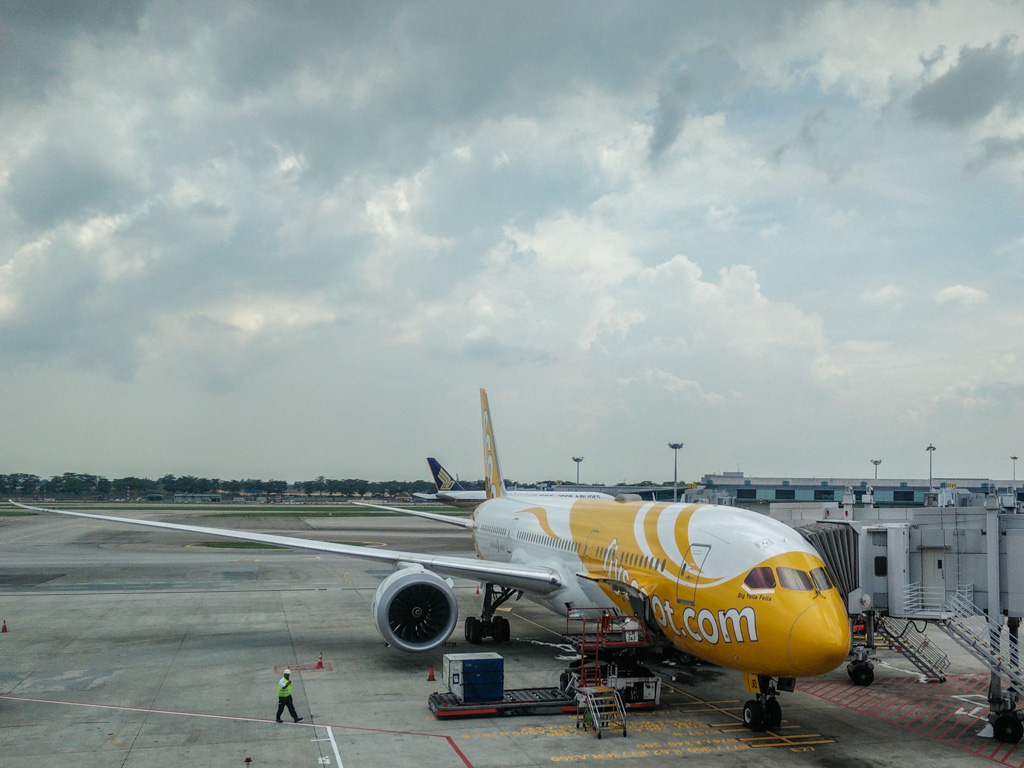 Scoot away to Perth on their Boeing 787 Dreamliner. Photo © Justin Teo. 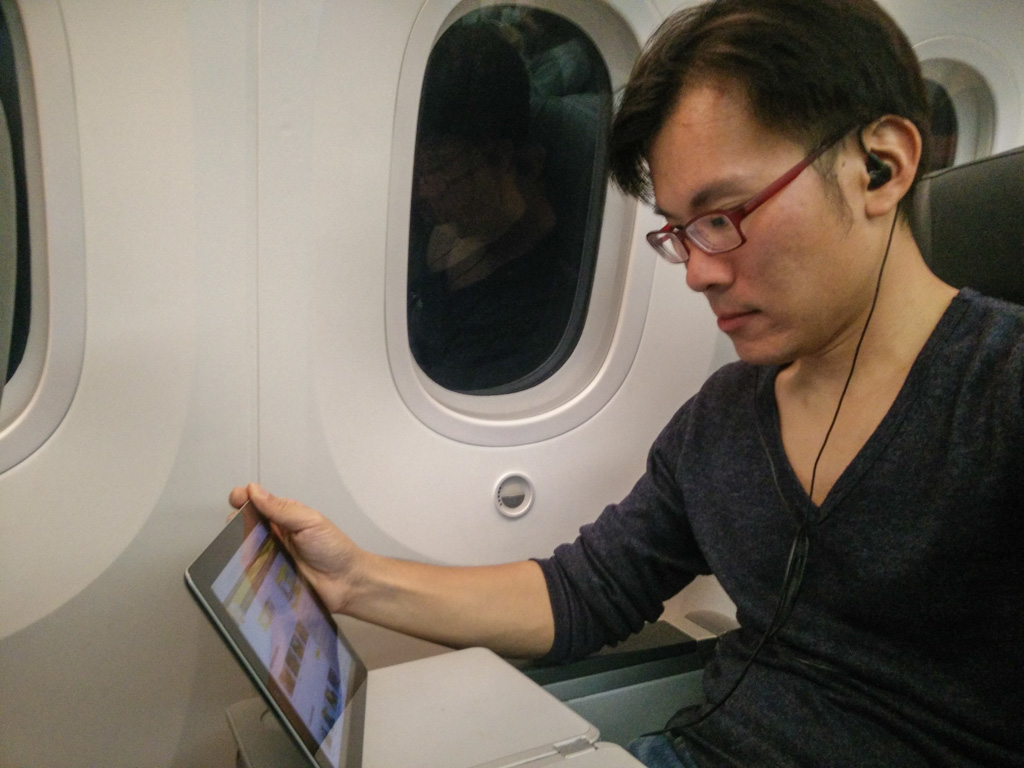 Using the onboard WiFi for ScooTV entertainment. For longer flights, it’s actually quite worth it. Photo © Justin Teo.

Lastly, I enjoyed my five-hour Scoot flight back, especially since I got upgraded to Business Class and used the ScooTV entertainment on my iPad.  Sure, I did Perth in three days; I only wished it was longer.