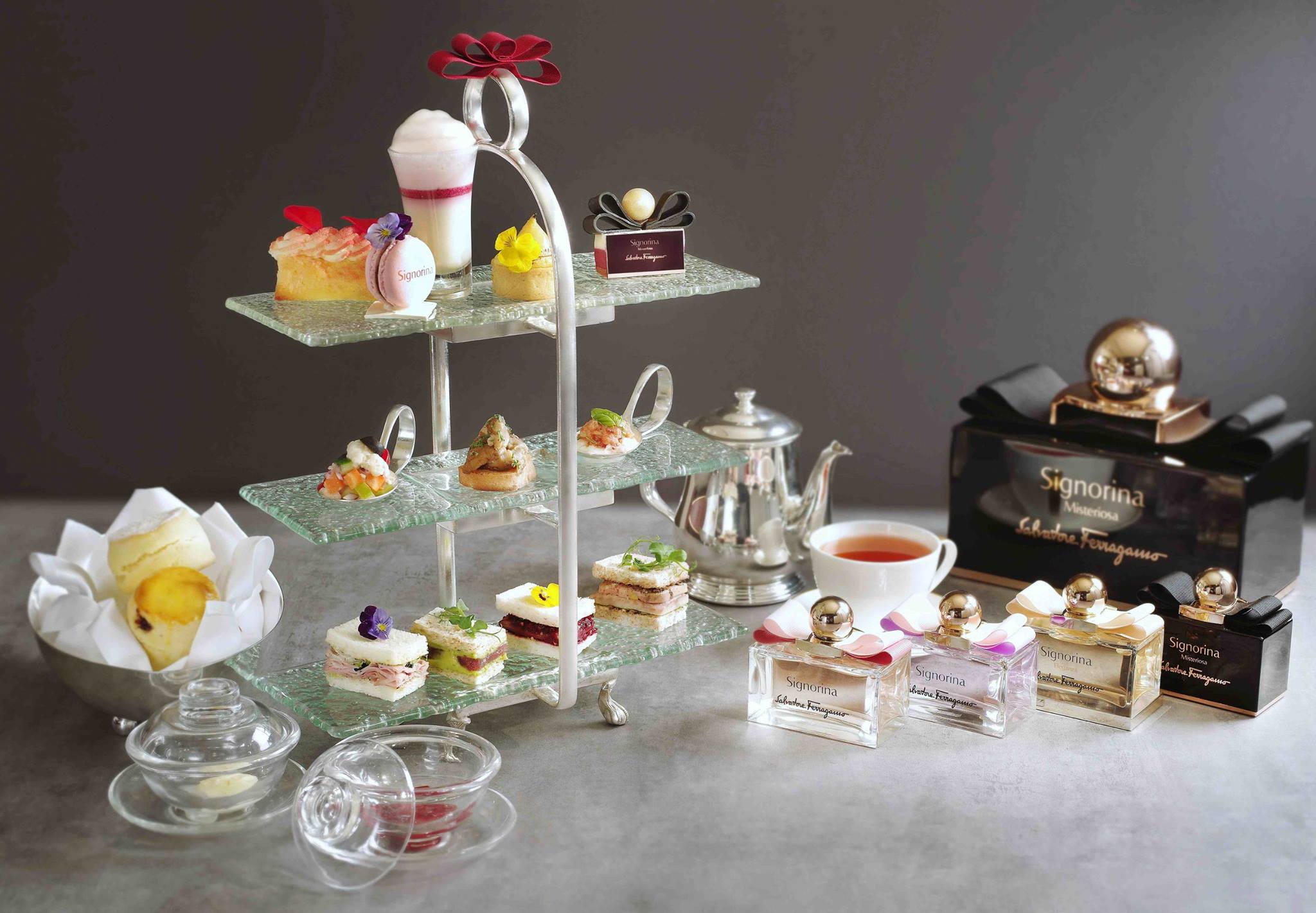 The Salvatore Ferragamo Fragrance-inspired afternoon tea features creations by the culinary team at Conrad Hong Kong. The savoury selections are put together by Chef Luca de Berardinis from Nicholini’s, and include delicacies that reflect the rich gastronomic traditions of Florence, the birthplace of Salvatore Ferragamo. You can expect to savour items like sautéed porcini mushroom crostini and Pappa al Pomodoro with burrata cheese. 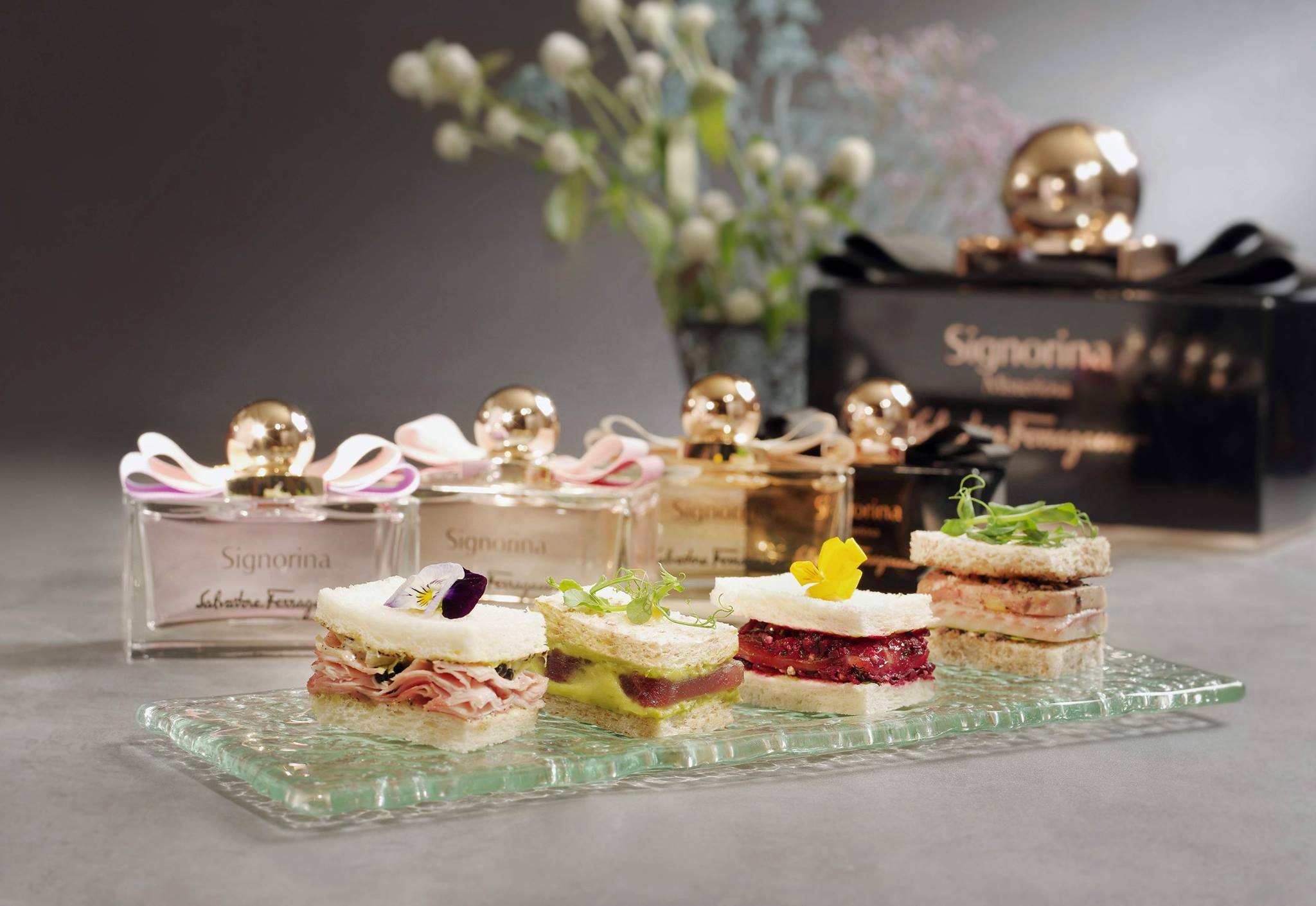 If you are looking for Instagram-worthy shots of the food, you’ll not be disappointed. The desserts will be absolutely beautiful subjects in a photo. The Madagascar Vanilla Mousse stands out with its Vara Bow, one of the most iconic Ferragamo motifs on the round-toe shoes. 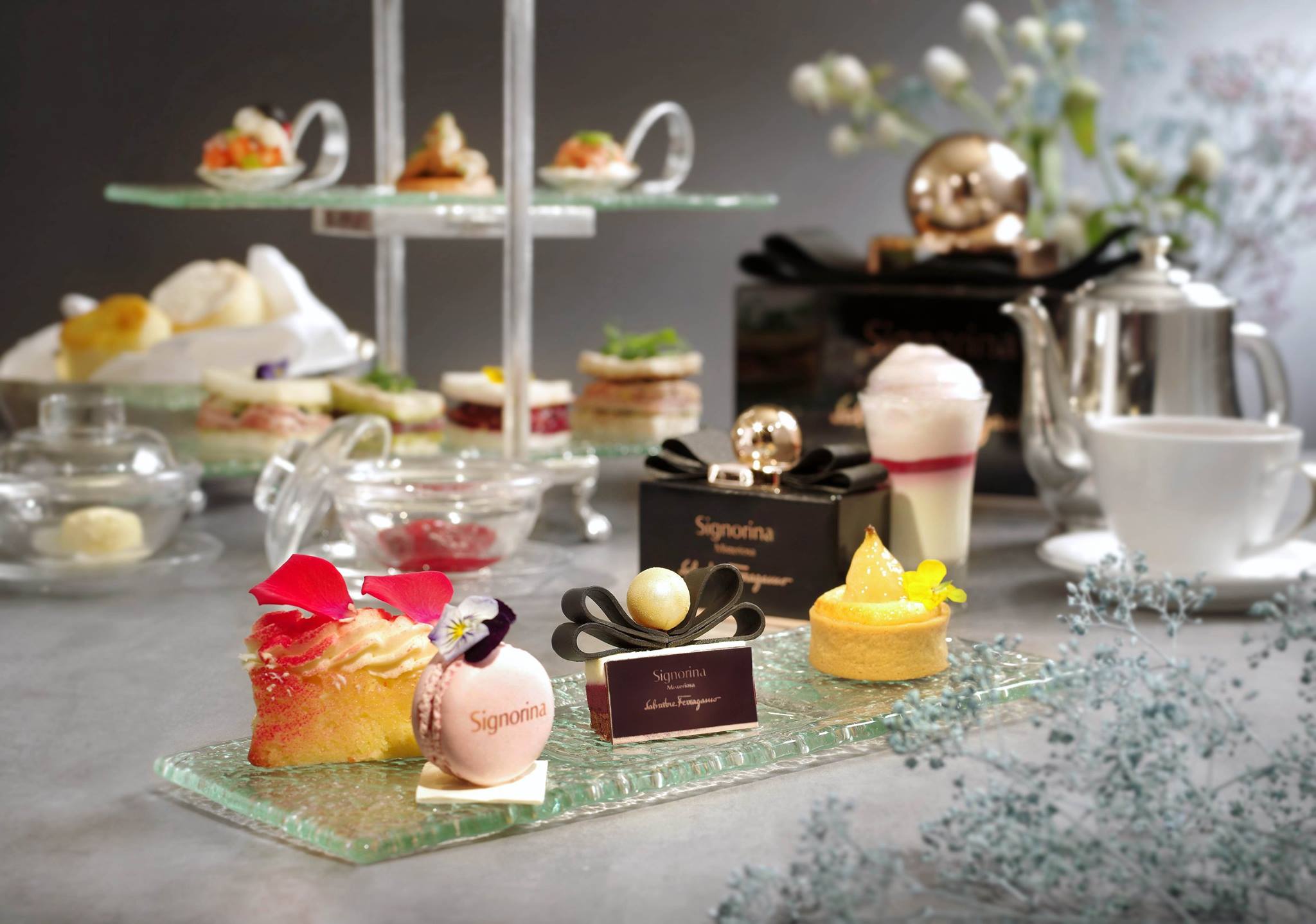 Each patron will receive a Salvatore Ferragamo “For Him & Her” Fragrance Miniature Gift Set (while stocks last) at the end of the afternoon tea session. The Salvatore Ferragamo Fragrance inspired afternoon tea set is served for a limited time only from 15 December 2016 to 19 February 2017, between Mondays and Fridays. It is priced at HK$238+ per guest with a serving of tea or coffee.