What's On
You are at:Home»Lifestyle»Port Cities of Asia: Discover Your Multicultural Roots at the Asian Civilisations Musuem
By Keith Wong on November 3, 2016 Lifestyle, Singapore

Come 4 November, the Asian Civilisations Museum (ACM) is set to present Port Cities: Multicultural Emporiums of Asia, 1500 – 1900, the first exhibition of its kind to explore the rich and diverse history and heritage of port cities and its pan-Asian networks. The exhibition is part of an extensive ongoing refresh of the  museum, to shift the focus of galleries from geographical standpoints to broad thematic galleries that will highlight cross-cultural connections. 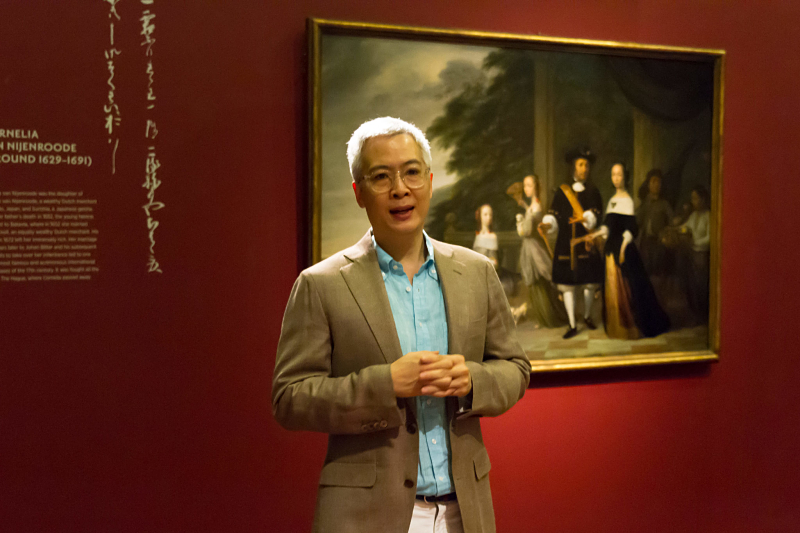 The exhibition was five years in the making. It is the first under current Director of the Asian Civilisations Museum, Mr. Kennie Ting, as well as the brainchild of Guest Curator Peter Lee. Leveraging on its strong partnerships with its international partners, the museum was able to bring together 180 artefacts from eight different countries, and 22 acclaimed institutions and private collections around the world.

These rare original artefacts will be displayed to shed light on an one-of-a-kind story of how trade networks between port cities in Asia and the global flow of people, goods and ideas provided these cities with a springboard to the globalisation and evolution of multi-cultural societies that they are today. 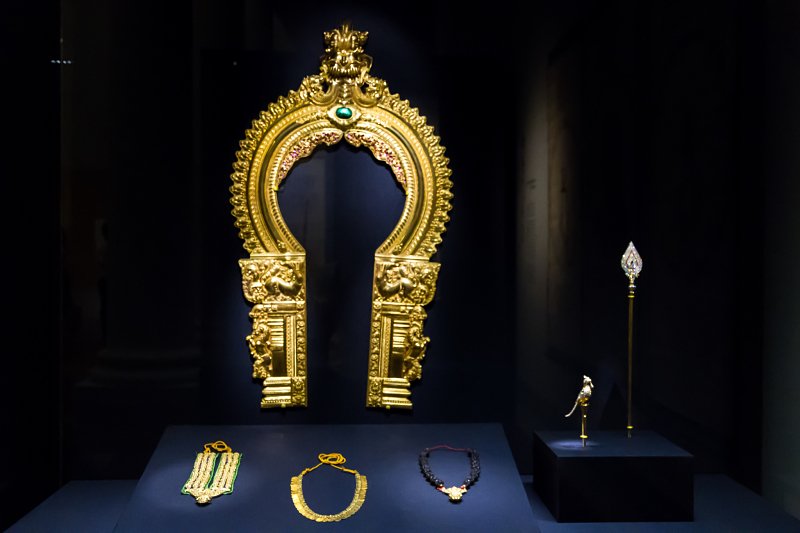 Religious jewelry from the region of Chettinad, India, were found in the treasuries of temples in Saigon, Vietnam. Photo © Keith Wong.

The exhibition depicts three aspects of how people, goods and ideas are constantly moving and inspiring port cities in Asia – Divergence, Convergence and Integration, and how these aspects have shaped these cosmopolitan cities that we know today.

Through photographs, paintings, fashion, luxury goods and everyday objects, the exhibition identifies the interconnected linkages between port cities in Asia, from Batavia (modern-day Jakarta) to Goa and Bombay on the East Coast of the Indian subcontinent, to Nagasaki in Far East Japan. The artefacts uncover intriguing stories of how the constant flow and transfer of people, goods and ideas paved way for port-city communities to modernise, in that people amalgamate the latest global trend with their own local cultures and traditions. This unique blend of modern influences and traditional heritage created entirely new forms of handicrafts, fashion, art and ways of life. The divergence of people and their unique cultural skills to different port cities inspired a new blend of fashion that was infused with the artistry of different cultures. Photo © Keith Wong.

The exhibition also highlights the dynamism of the people in the past, when people often crossed racial and communal boundaries in order to inspire greater interconnectivity and multiculturalism throughout the port cities spread across the continent of Asia. Daily objects and trading goods evolved as people moved, and are often bounded by no singular tradition on lineage. Instead, they were created by the combined artistry of people from different cultures, resulting in profoundness in simplicity. 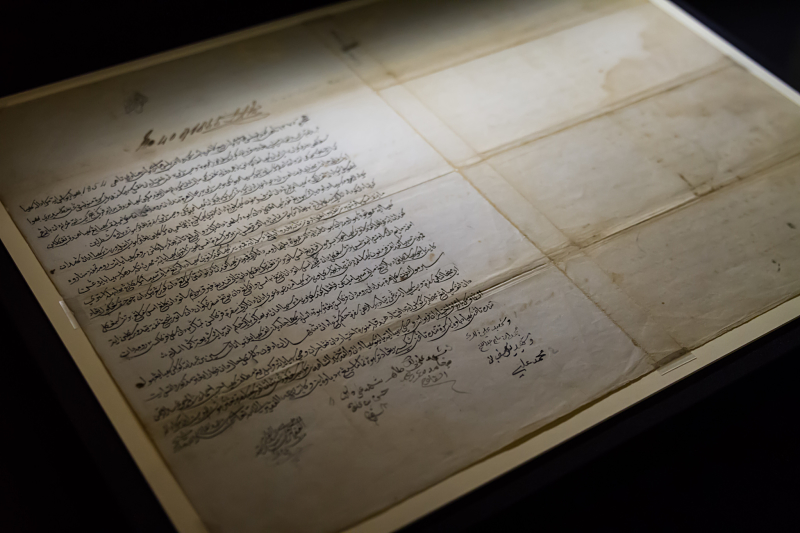 A rare piece of artefact from a monastery in Switzerland. Photo © Keith Wong.

Speaking on the exhibition, Director of the Asian Civilisations Museum Kennie Ting said: “Singapore is the only place in the world that can explore this topic in such depths and detail. Our nation is uniquely built around trade and the linkages between communities, and our history is heavily influenced by our multiculturalism heritage.”

He added: “We hope that by centering the exhibition around everyday items, and not just luxury goods, would give visitors a deeper understanding and a better context of how Singapore evolved to the city we live in today. These artefacts were extremely hard to find, and they came from monasteries and museums all over the world, and they all combine together to tell distinctive life stories of communities and individuals who embraced cross cultural linkages.” In conjunction with this exhibition, the Asian Civilisations Museum has also lined up a series of interactive programs and events, ranging from curator tours to cross-cultural performances, to further enrich the exhibition and engage the community.

Port Cities: Multicultural Emporiums of Asia, 1500 -1900 will open from 4 November 2016 to 19 February 2017 at the Asian Civilisations Museum. Admission charges apply for this special exhibition.

Keith is a freelance photographer and writer. Free-spirited at heart, he is constantly thinking of ways to satisfy his thirst for the next grand adventure. Check out his travel photos and daily shenanigans on his instagram page @keithwongz.