What's On
You are at:Home»Entertainment»SHAOLIN: Catch Shaolin Monks In Action
By Verna Goh on July 27, 2016 Entertainment, Singapore

With the distinctive smell of Chinese incense sticks lightly permeating the air, the resounding vibration of the gong rippling across the stage, and the sound of Chinese flutes chiming melodiously in the background, Shaolin, from start to finish, takes you away on a journey to ancient China. It draws the audience into the intriguing world of Shaolin Kung Fu, one where monks are in a perpetual state of intense practice, and make the perfection of this art form their lifelong pursuit. 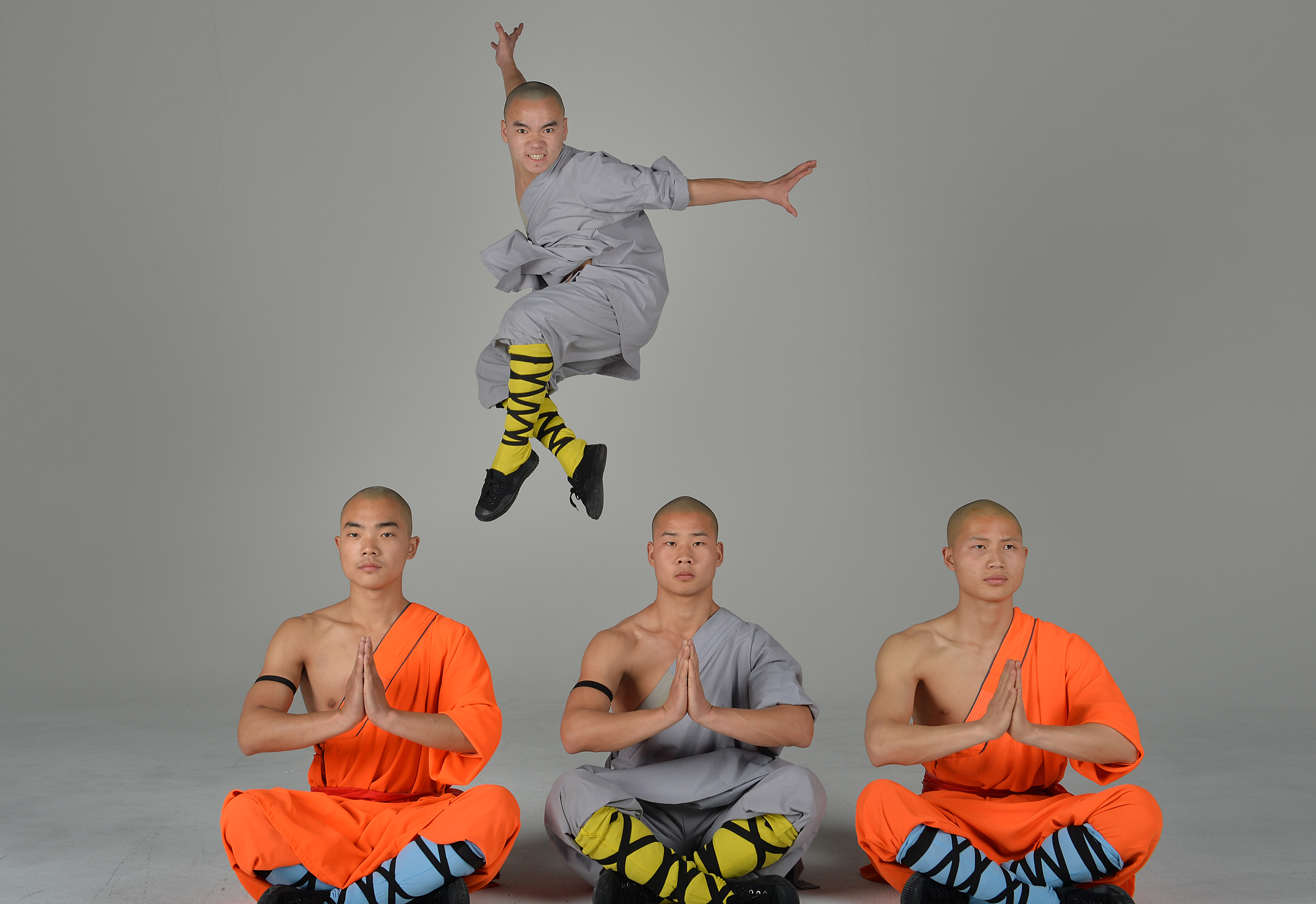 Shaolin Monks hailing from Henan, China, took to the stage to put up an impressive performance that kept the audience on the edge of their seats.

Quite unlike the meditative state of Zen most widely associated with Chinese monks, Shaolin Kung Fu is, at first glance, aggressive, tough and vicious, with practitioners voluntarily enduring the harshest conditions and most rigorous training. However, as the show proceeds, you begin to realise that the physical, emotional, mental and spiritual strength required in meditation practice, is also very much pronounced in the demanding discipline of Shaolin – indeed, it is through the rigours of Shaolin training that many of the monks ultimately achieve the highest level of spiritual fulfilment. 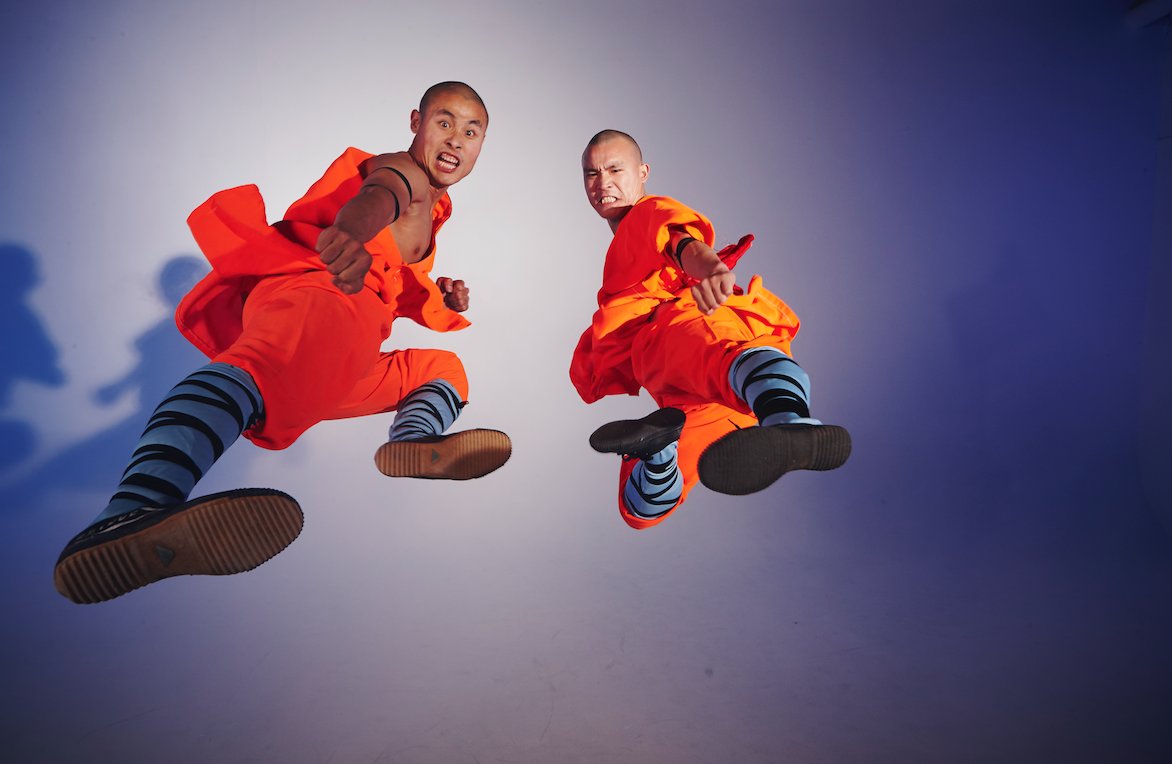 It takes years and decades of intense training and discipline for the monks to attain a high level of perfection in Shaolin kungfu.

The show starts out quite like any other scene reminiscent of an ancient Chinese drama, with demure-looking, shaven-headed Chinese males and petite Chinese females walking in a single file onto the stage. However, prepare to have your breath taken away once they shed their peace-loving, composed and gentle exteriors and start demonstrating their Shaolin moves in perfect synchrony – whether punches, kicks, throws, leaps and flips – and even throwing a medley of hair-raising stunts into the mix. The children were also equally impressive, exhibiting move after move with a ferocity and resolve that belied their youthful exterior. Before you could even bat an eyelid, the little boys had burst onto the stage and performed several handsprings and somersaults in succession – it was unbelievable how these skinny kids possessed an awful lot of stamina, power and speed. 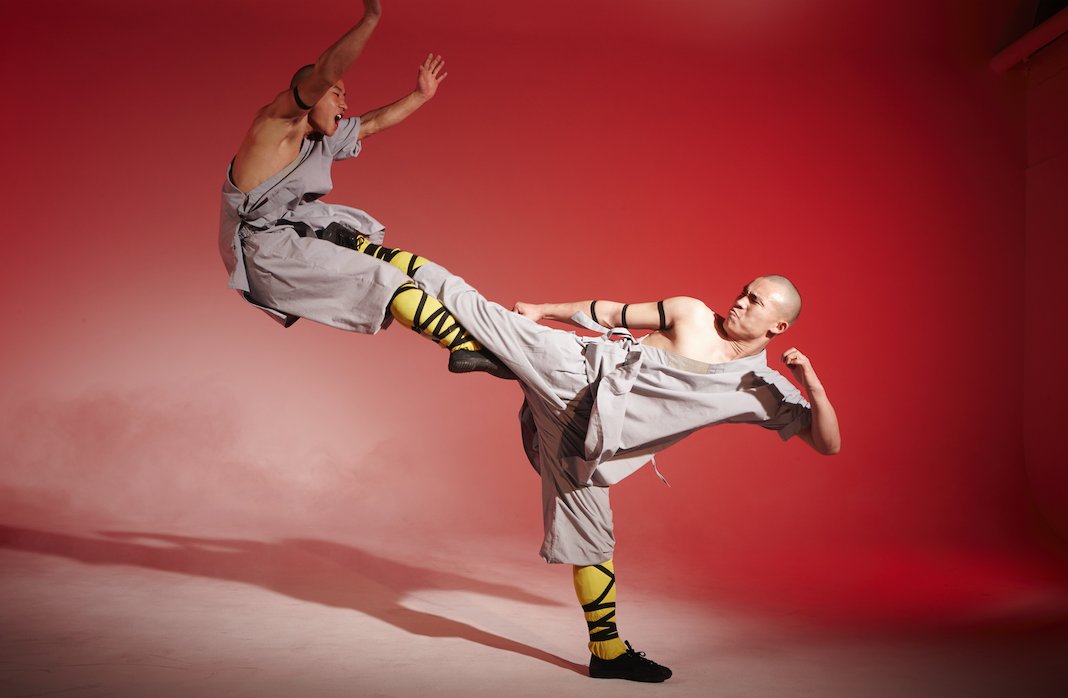 These monks voluntarily put themselves in harm’s way, yet executed their moves with composure and precision – blowing the audience away again and again.

What made these monks an utter thrill to watch was their fearlessness and seeming recklessness, totalling disregarding their own safety and deliberately putting themselves in harm’s way. These are the culmination of years and even decades of discipline and training, conditioning the body to tolerate pain and discomfort for prolonged periods of time. There were many jaw-dropping stunts such as a monk being lifted up by spears which jabbed against his body, another monk boldly lay down on the blades of several swords and a third actually crushed wooden blocks with his bare hands.

The tension in the theatre reached a peak when a bed of nails was brought out on stage. Two adult monks were sandwiched between the bed of nails and a plank of wood carefully positioned on top of them. A hammer was then brought in, which struck and smashed the wood to pieces. This prompted much distress from the audience, which gave way to relief when the two monks stood up completely unscathed. These monks sure knew how to put on a calm composure, yet keeping the audience on the edge of their seats throughout the show. 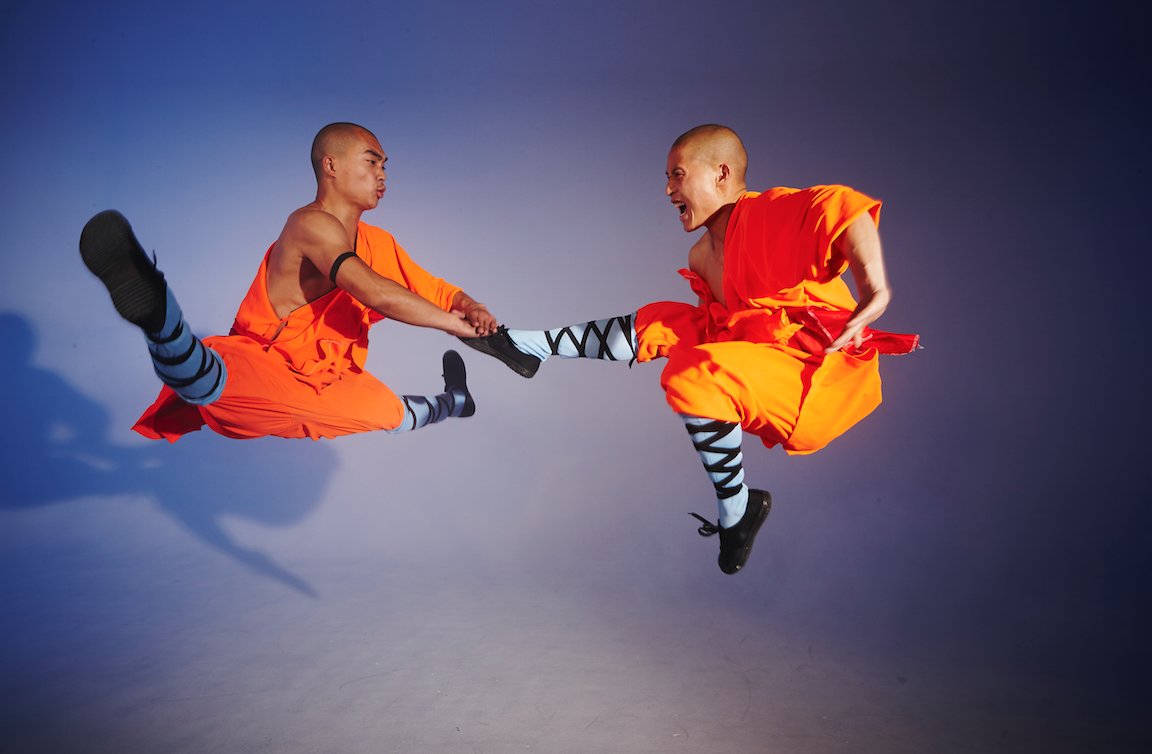 Exhibiting a high level of concentration, effort and energy, it is surprising how much power and speed these innocent-looking and pint-sized monks are capable of producing.

The level of concentration and mental energy is also palpable among the 18 performers. One wrong move or a loss in focus and they could fall victim to injury or even death. Hearts were racing and minds churning over the miraculous feats of iron strength and mental endurance, and when combined with creative theatrics, this was truly an adrenaline-charged and spellbinding performance for the whole family. It is possibly your once-in-a-lifetime opportunity to catch monks hailing from the Shaolin Monastery right here in Singapore!

Verna has a big heart and bigger dreams that reading law doesn’t come close to realising. A passionate writer and running enthusiast, she believes the world is her oyster.