What's On
You are at:Home»Eat & Drink»Authentic Homecooked Peranakan Cuisine at Baba Wins’
By Jaslynn Yeo on July 14, 2016 Eat & Drink, Singapore

A typical conversation with my girl friends on a meeting place for lunch would go like this:

Friend: Shall we go to a café for lunch? Eggs benedict? Pancakes?

Me: Huh, so sick of eating café food. They all taste pretty much the same.

If this sounds familiar to you, you would be glad to know you are not the only weird one feeling this way. My friends and I were supposed to meet up over the weekend for a meal when we realised we did not know where to head to. Perhaps it was because there are so many cafes now sprouting out across the island we have lost count, or perhaps we were bored of the usual run-of-the-mill café food that honestly would not differ much in taste everywhere.

We decided to just meet up anyway and walk around until we found a place to eat. I was really glad we did that instead of settling for a typical brunch place because we found a gem of a place that we honestly would never have thought of eating at, mainly because of the type of cuisine the restaurant offered.

The restaurant, Baba Wins’ Peranakan Cuisine is situated conveniently inside Tiong Bahru Plaza, and serves up authentic homemade Peranakan cuisine. I am pretty sure Peranakan cuisine would not typically come to mind when planning meal outings with friends. For one, Peranakan cuisine is hard to find in Singapore, much less a good one. So you can imagine our excitement when we chanced upon the restaurant. It was the perfect Saturday meal we were looking for, something different and hopefully delectable too. While I may not be an expert at differentiating how authentic or tasty a Peranakan dish is, one thing’s for sure is that I sure did enjoy my meal there and left with a very happy stomach.

We decided to try some of their house specialties such as their Ayam Buah Keluak, Satay Bohong and Assam Fish. 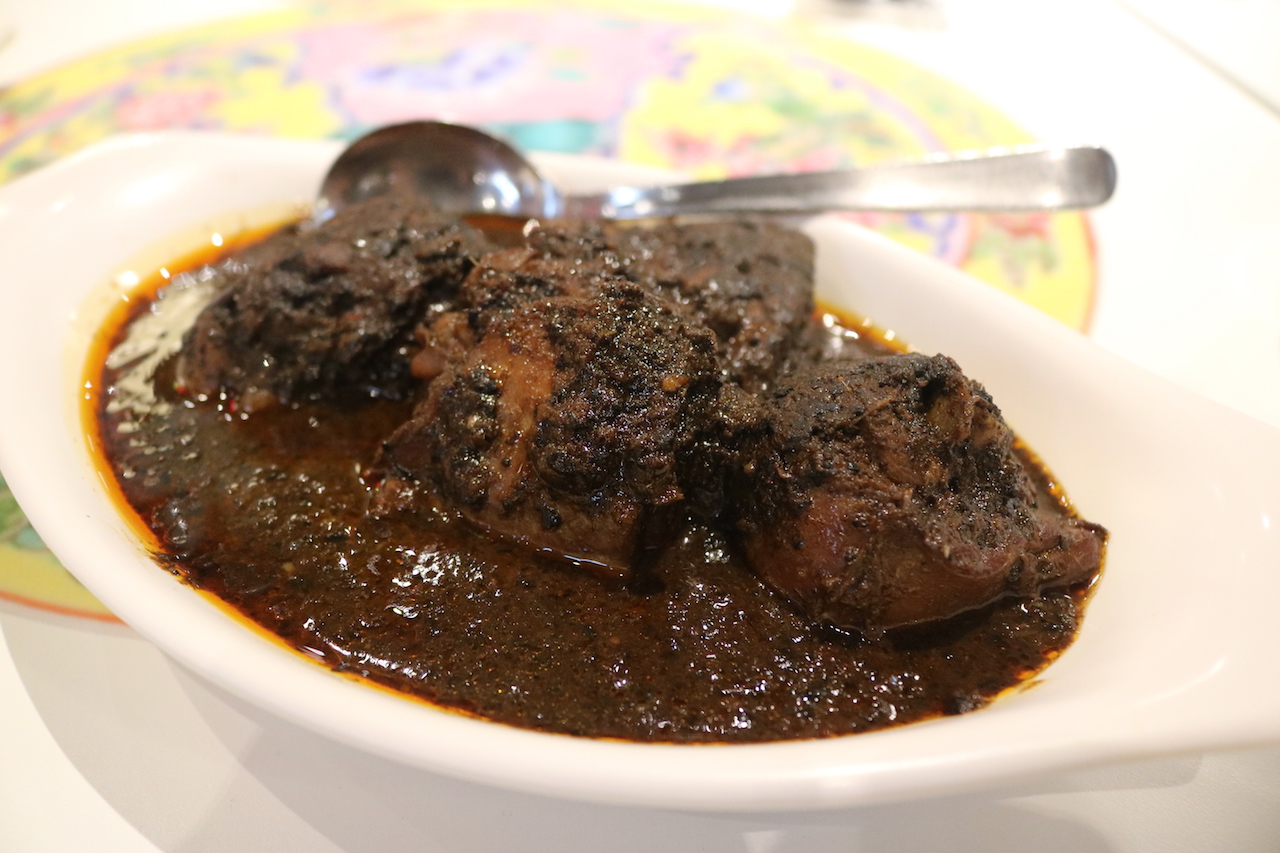 Ayam Buah Keluak is a famous Peranakan chicken dish cooked using the nuts from the Pangium Edule, or the “Kepayang” tree, a mangrove tree that grows in Malaysia and Indonesia. The resulting gravy is thick and bursting with flavour. Pair it with the chicken that has been simmered for hours to tender perfection and you will not be disappointed. The gravy was so good I actually stole some of my friend’s rice just so that I can finish up the leftover gravy. 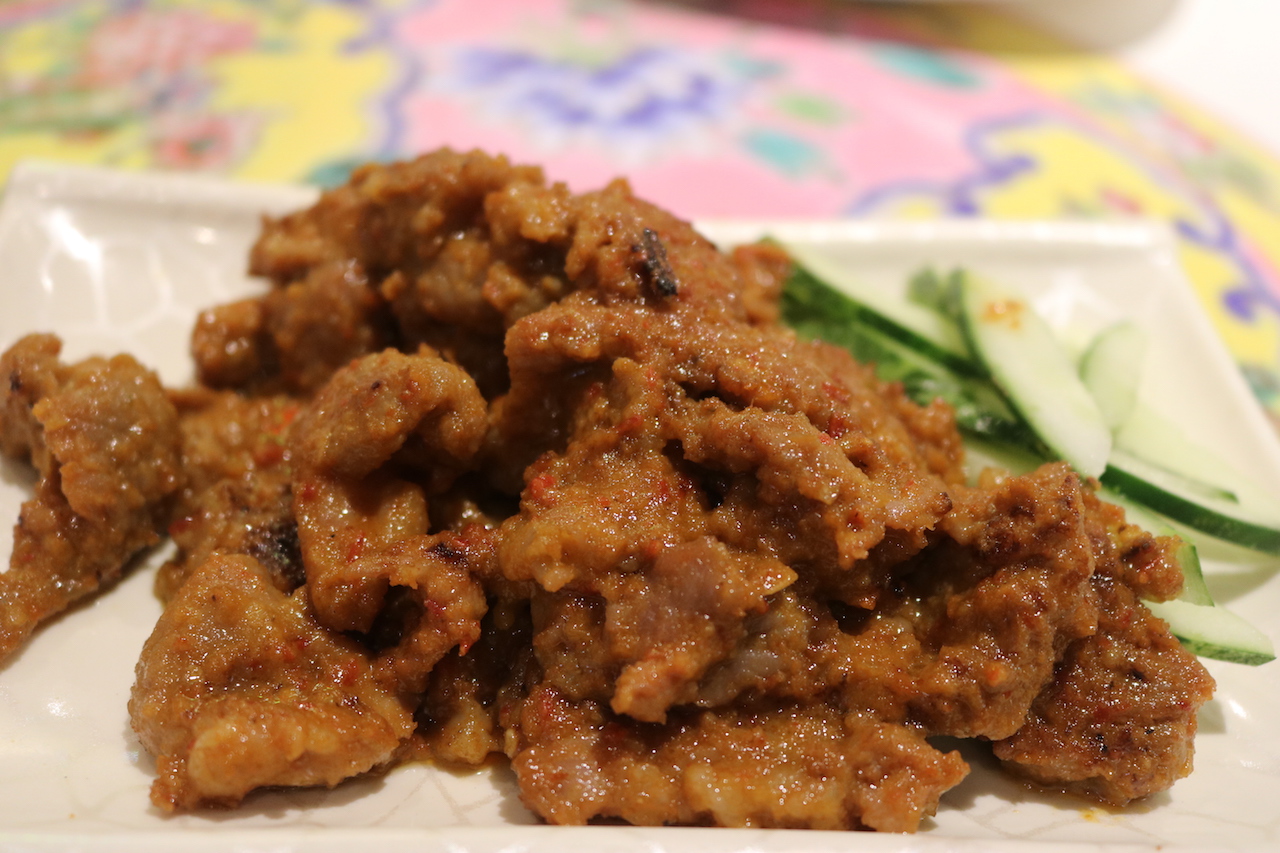 Satay Bohong is a Penang-Peranakan inspired lean pork dish in satay-style marinade. Bringing a mixture of sweet and savoury flavours, this dish was tantalising to the tastebuds and had a certain addictive taste to it that left me wanting for more. The Assam Fish is cooked using choice pieces of fish fillet with lady’s fingers and tomatoes cooked in a spicy assam gravy. This was my favourite dish out of all the dishes we tried. The spiciness level was just right for me, and the assam gravy was wonderfully cooked to incorporate the right balance of sour, sweet and spicy flavours all in one. Perfecto!

Some other dishes that I felt were definitely worth trying are the Fire Kangkong (veggies for a balanced diet!), Ngoh Hiang and Sesame Fried Chicken Wings.

I was so amazed at the quality of food that I felt compelled talk to the owner of Baba Wins’ to get an insight of his culinary food journey. To my surprise, Baba Wins’ had actually been around in Singapore since 2013. The first outlet had opened at The Star Vista, but due to their booming popularity, they had to relocate to Tiong Bahru Plaza as the limited space at The Star Vista became difficult to accommodate the crowd of people. The restaurant was named partly after the owner. ‘Baba’ stands for Straits Chinese men in Peranakan, while ‘Wins’’ was derived from the owner’s real name, Winston.

The humble owner, Winston said that it was a difficult beginning during the start-up stages when they were trying to gain recognition against the big names of Peranakan restaurants here. When asked what was their strategy that made them eventually become successful, he said that they just had to be different from the rest. And in order to do that, he focused on just introducing his home dishes and long-forgotten recipes, and implement a personalised and homely service that none of the other restaurants could provide. 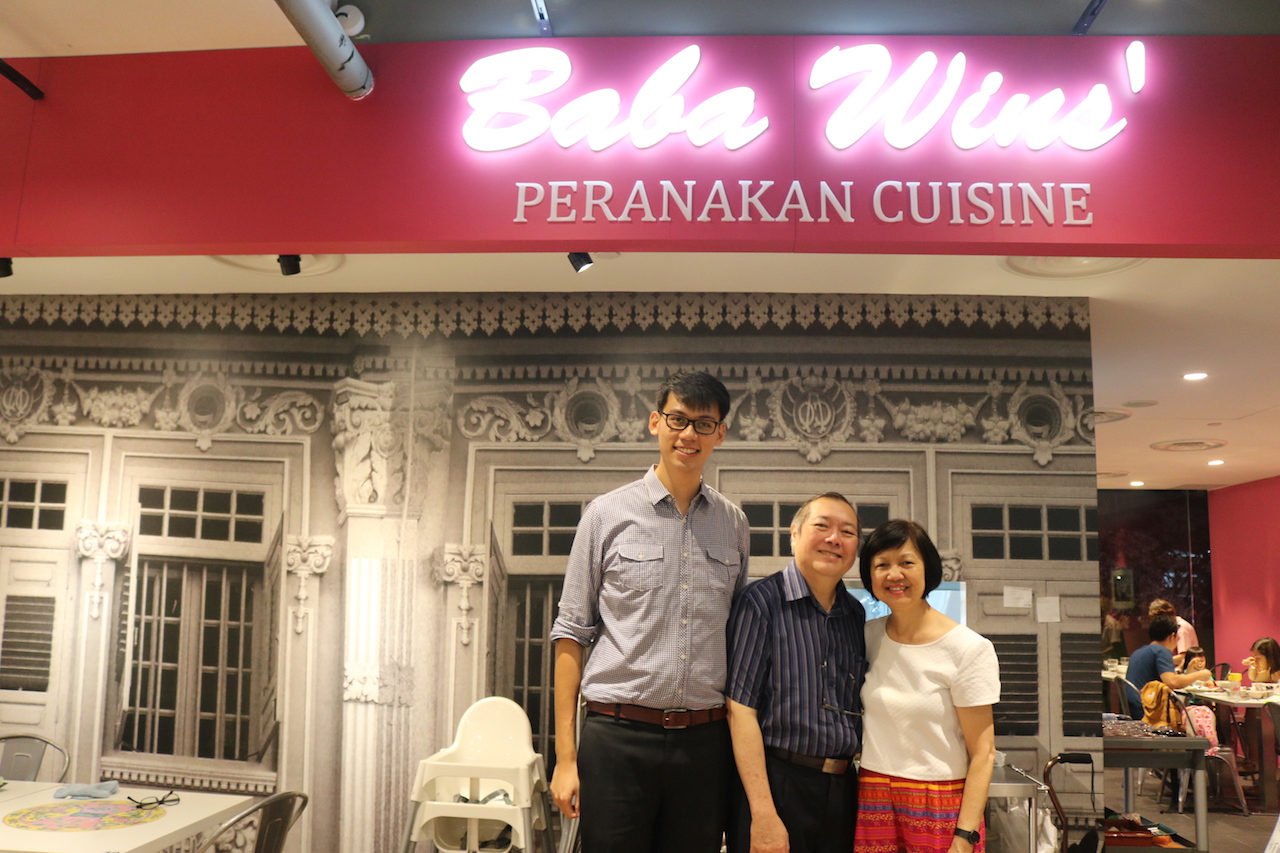 True to their words, throughout the two hours I was dining there, I could see Winston going from table to table engaging in friendly banter with his customers. With such delicious tasting food and quality, friendly service, I would definitely see myself coming back in the near future.