What's On
You are at:Home»Travel»11 Harry Potter Attractions in London Every Potterhead Must Visit
By Aloysius Soh on July 2, 2016 Travel, UK

Ah, London. Home to the British royal family, numerous pop culture references, and the inspiration to JK Rowling, a once struggling single mom but is now the world’s richest woman author after creating the wizarding world we have come to love.

The Harry Potter series, both the book and movie franchise, took the world by storm and formed legions of Potterheads across continents.  Even though J.K. Rowling released the final book The Deathly Hallows in 2007, the magic continues with the play Harry Potter and Cursed Child and another movie trilogy based on Fantastic Beasts and Where to Find Them.

Some fans aiming to preserve and relive the legacy of Harry Potter turn to purchasing Potter merchandise to keep or send as gifts to fellow Potterheads; others get tattoos. With this level of dedication and fervor, it doesn’t come as a surprise then that fans would fly to London, albeit the Muggle way, to see Harry’s world firsthand. Regardless of which house you are sorted in, it’s time for you to accio the Marauder’s Map and trace the footsteps of the boy who lived.

Don’t forget to say the magic words: I solemnly swear that I am up to no good. 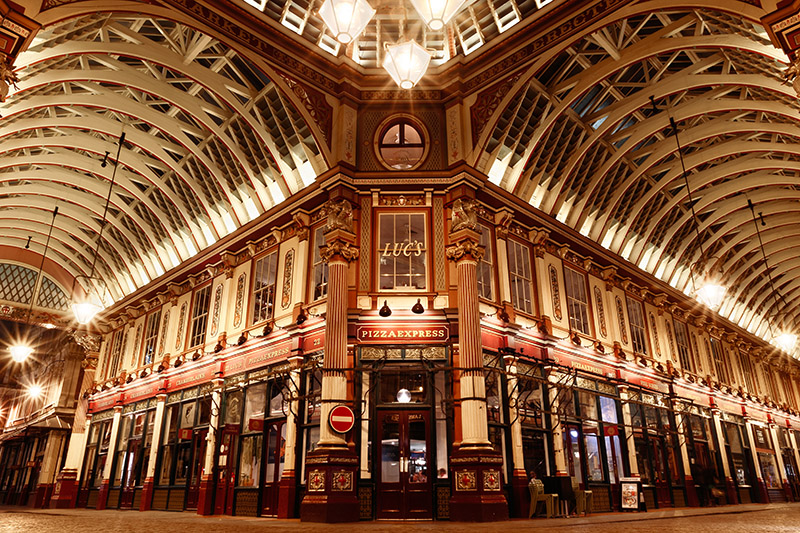 After Hagrid surprised Harry on his birthday with a homemade cake and the revelation of his wizarding roots, the giant took Harry to shop for school supplies as listed on his Hogwarts Acceptance Letter. Before this, however, the duo had to go inside a pub and inn called The Leaky Cauldron. This is where Harry first met Professor Quirrell, the timid and eccentric Defense Against the Dark Arts professor who happened to be the host to Voldemort’s piteous life form in The Sorcerer’s Stone. 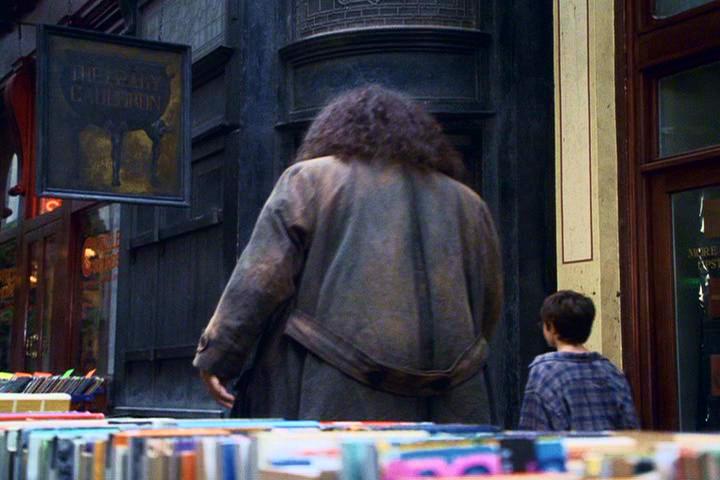 Exterior of The Leaky Cauldron in Harry Potter. Image: WarnerBros

The Leaky Cauldron, as per the books, is located along Charing Cross Road. However, the film location is at Leadenhall Market in The Sorcerer’s Stone, a beautiful Victorian-themed market teeming with lively bars, specialty shops, and some cheap flowers. Filming was then moved to Borough Market in The Prisoner of Azkaban. 7 Stoney Street at Borough Market was used as one of two exterior location for The Leaky Cauldron. 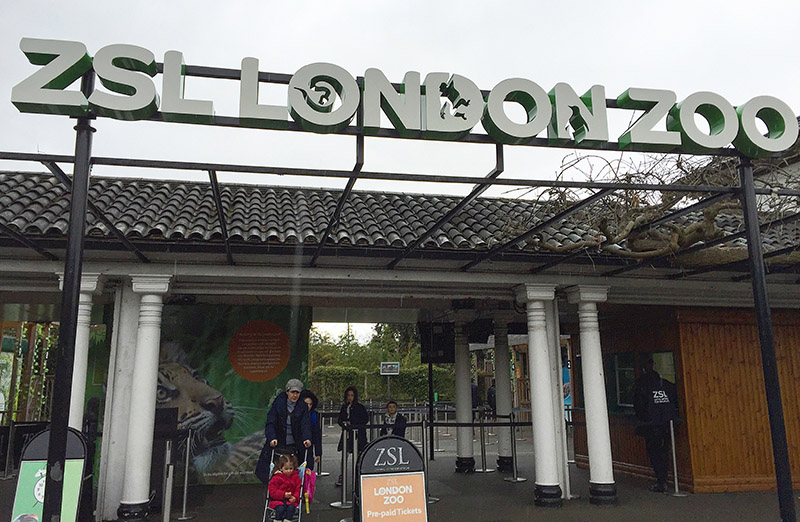 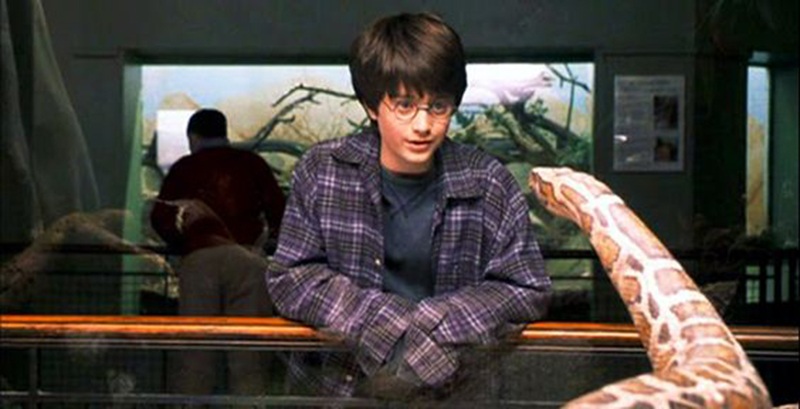 In one of Harry’s earliest displays of his wizarding powers—and a foreshadowing of his connection to Voldemort—it is in the London Zoo where he first discovered he can speak Parseltongue. You can go to the Reptile House, practice your sss’s, and who knows—a python might just respond. Just be careful you do not set any of them free. 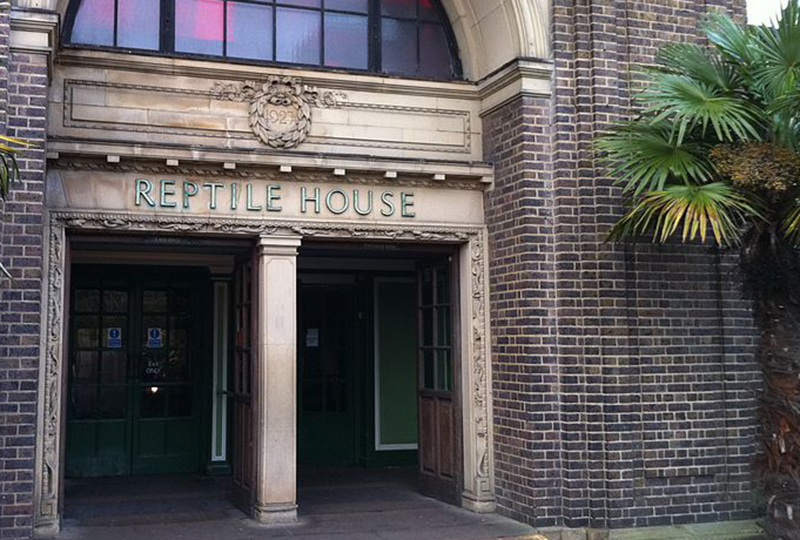 Visit the London Zoo’s site for more information, including its opening hours. 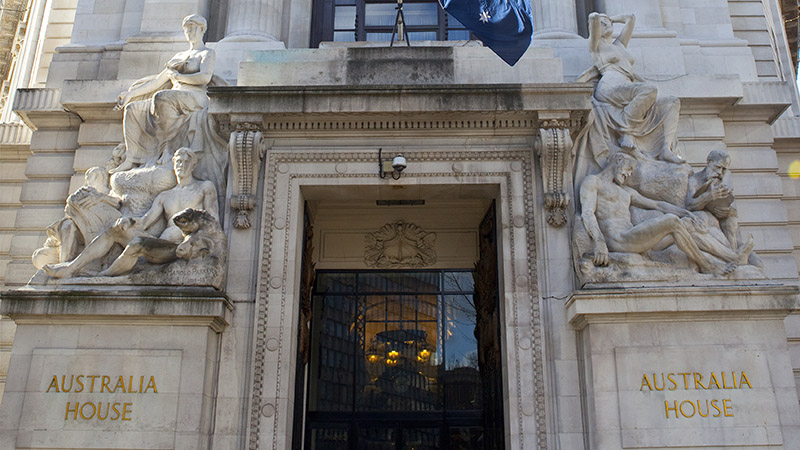 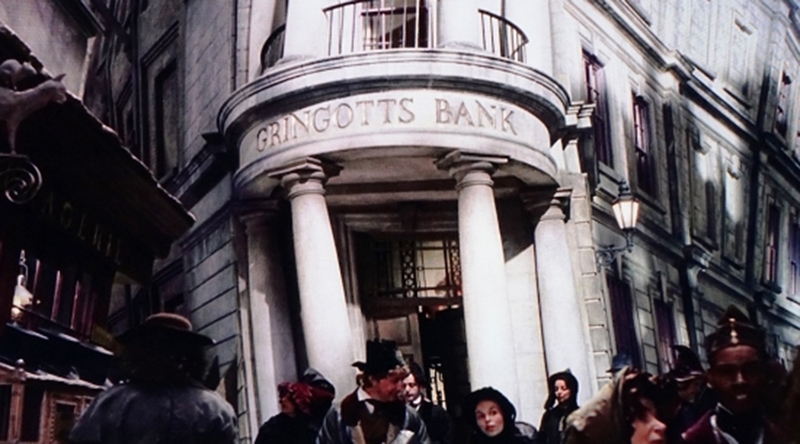 Potter lore portrays goblins as clever creatures but highly distrustful of wizards especially when it comes to treasures. This makes them the perfect guardians of Gringotts, the wizarding bank. In the books, you can walk to Gringotts Bank via Diagon Alley. Scenes inside the bank and its exterior were, however, filmed at the Australia House. It is not unfortunately open to the public, but you can still visit and take photos of the exterior. Tapping on strategically placed stones behind The Leaky Cauldron with his massive umbrella/wand, Hagrid gave Harry his introduction to the magical world. Diagon Alley is where Harry shopped for his books and uniforms, chose his wand (or rather, the wand chose him), and bought his loyal owl, Hedwig.

Diagon and Knockturn Alleys are somewhere near Charing Cross Road, according to the novels. It is said that Cecil Court, near Charing Cross Road, is the inspiration for Diagon Alley. In the movies, the location is also at Leadenhall Market, while Knockturn Alley, where the shady transactions occur, is located in an alleyway called Goodwin’s Court. 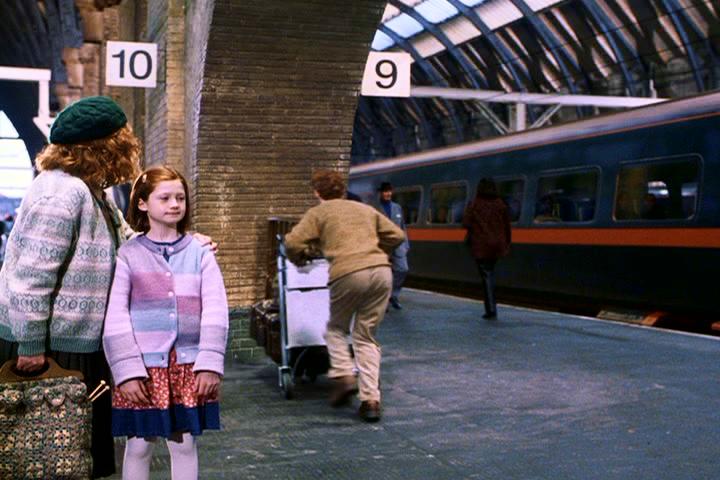 In The Sorcerer’s Stone, Harry was instructed to go to King’s Cross Station and board the train to Hogwarts. But he has to find Platform 9¾ first. Thankfully, the Weasleys were there to help him find the platform invisible to muggle eye. This is where Harry met one of his best friends Ron, and the girl he will eventually marry, Ginny. 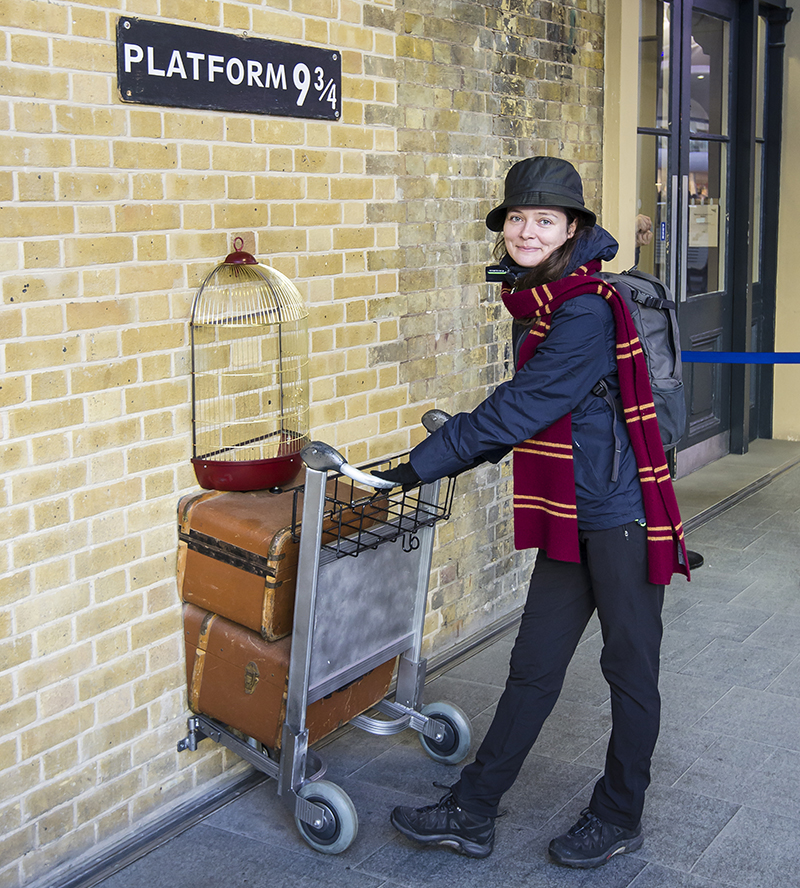 You can take a photo at the luggage trolley tribute to the movie at King’s Cross Station. Photo © Sergey Didenko | Shutterstock

It is said that the Euston station was Rowling’s inspiration for the Hogwarts Express. In real life, King’s Cross Station has a plaque marking Platform 9¾, as well as a luggage trolley halfway through the wall where you can take your photo. 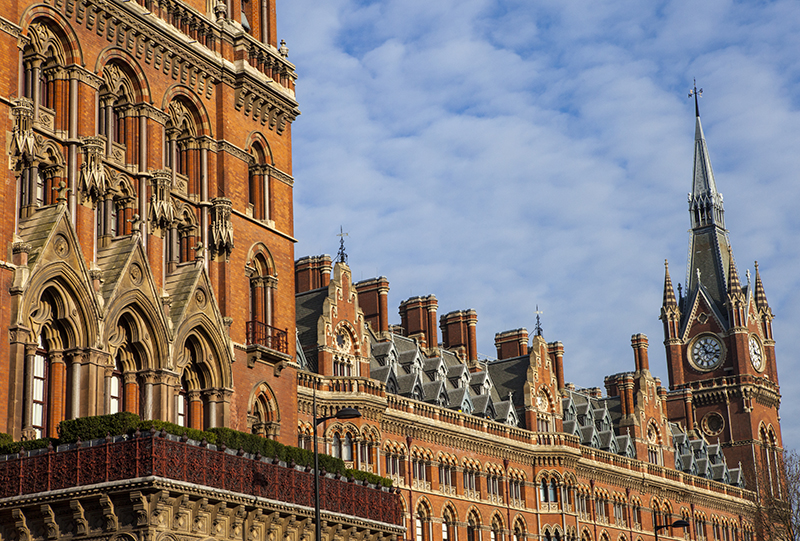 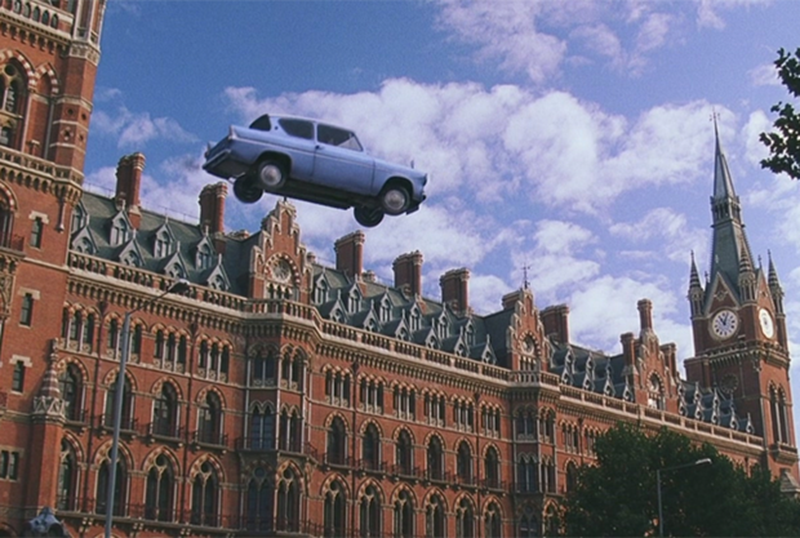 You may not know that the King’s Cross Station you see in the films is actually not the real station itself, but in fact its next-door neighbour, the St. Pancras International Station and Hotel. It was said that the location planners of the movie regarded the exterior of St Pancras as better suited for the movie’s aesthetics.  Remember Arthur Weasley’s flying car?

In The Order of the Phoenix, Mr. Weasley and Harry had to take the tube to get to the Ministry of Magic. Imagine Mr. Weasley’s fascination being surrounded by all things muggle, although he did have trouble figuring out the exits. Fun fact: the station had to be closed for a day for the filming of the fifth movie. 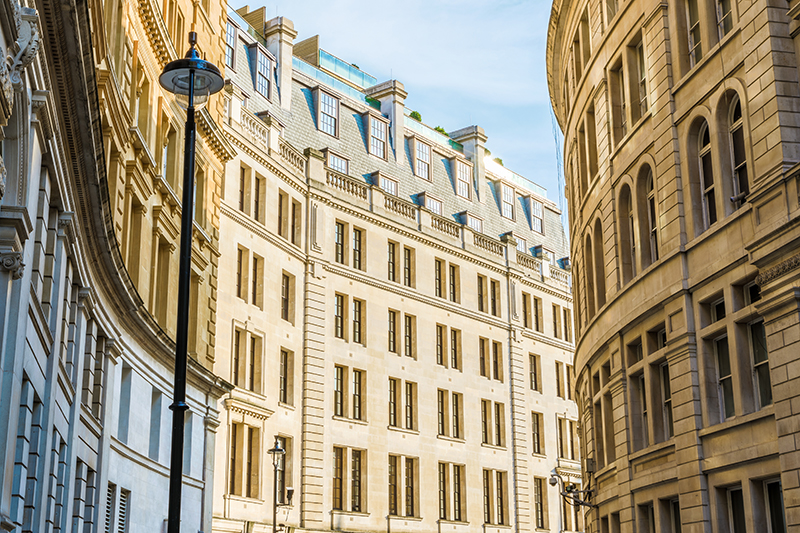 Outside Westminster Station, you’ll get to the Great Scotland Yard. This is where the Ministry of Magic’s exterior was filmed. There is also a red telephone booth where you can dial 62442 (magic) to get to the Ministry itself. 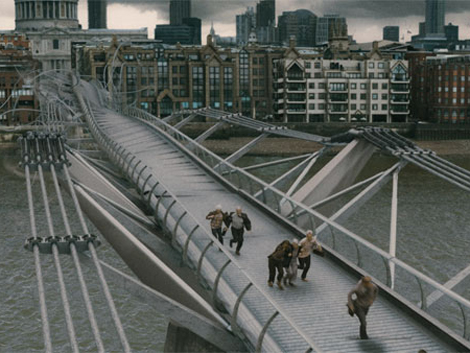 In The Half-Blood Prince movie, you can see Death Eaters decimating The Millennium Bridge, a pedestrian-only bridge that would let you get to the other side of the River Thames. In real life, it is still standing and would give you a good view of the river, St. Paul’s Cathedral, and the Tower Bridge. 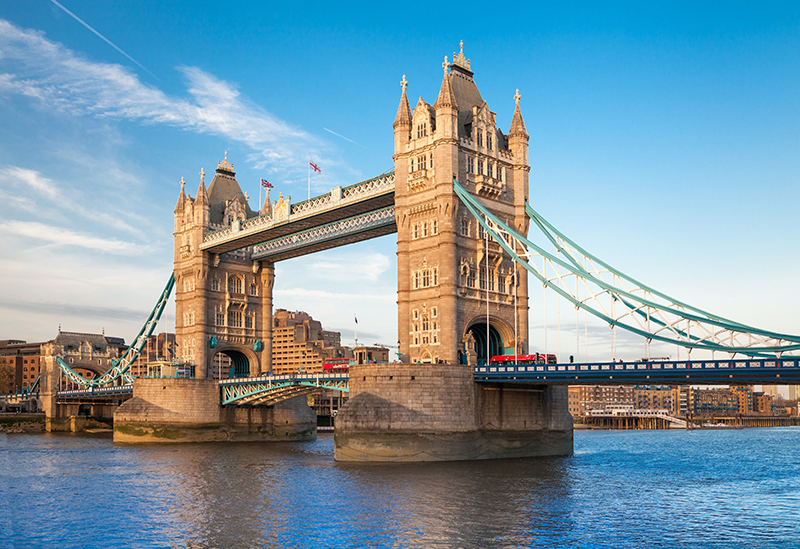 Dementors attacked Harry and his cousin Dudley at the beginning of The Order of the Phoenix. Having no other choice but to fight, Harry performed the Patronus charm to save himself and Dudley, an act that is illegal for an underage wizard. It resulted in a letter informing of his expulsion from Hogwarts and a trial, on top of Harry’s aunt and uncle’s anger. Members of the Order were quick to rescue him from his muggle relatives. They flew via broomsticks to 12 Grimmauld Place, Sirius Black’s place of residence.

In the movies, you will see Harry and the Order flying along the River Thames through the Tower Bridge on their way to Grimmauld Place. 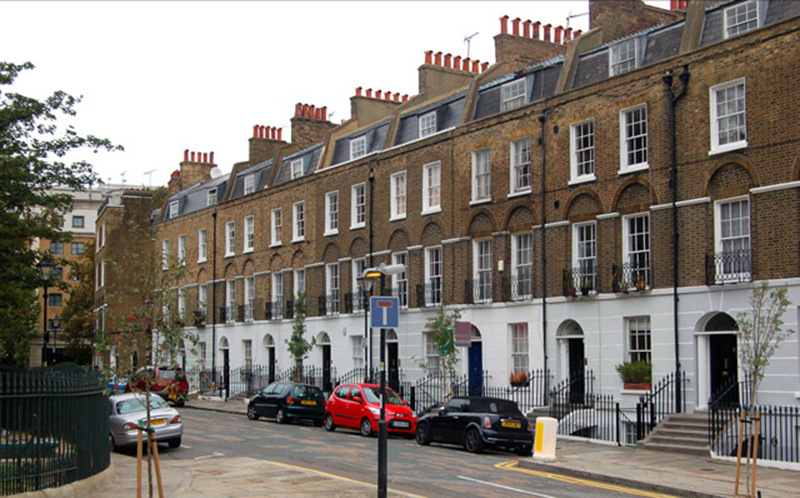 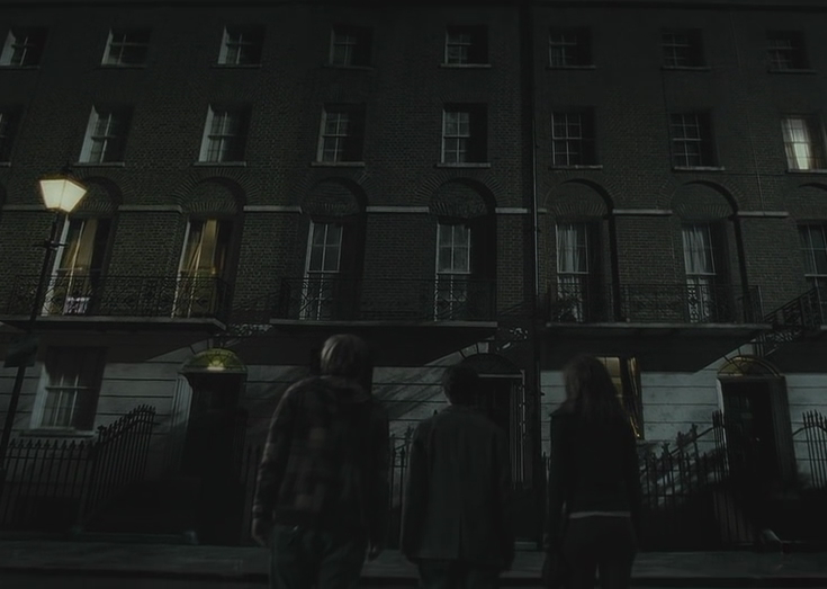 Aside from being the Black family’s ancestral home, 12 Grimmauld Place also served as headquarters for The Order of the Phoenix. The house is invisible to muggles, who have learned to accept the mistake in house numbering which put 13 next to 11. In the books, 12 Grimmauld Place was protected by the Fidelius Charm and was located in the Borough of Islington.

In the movies, the row houses in Claremont Square, Islington served as exterior shots for Grimmauld Place. 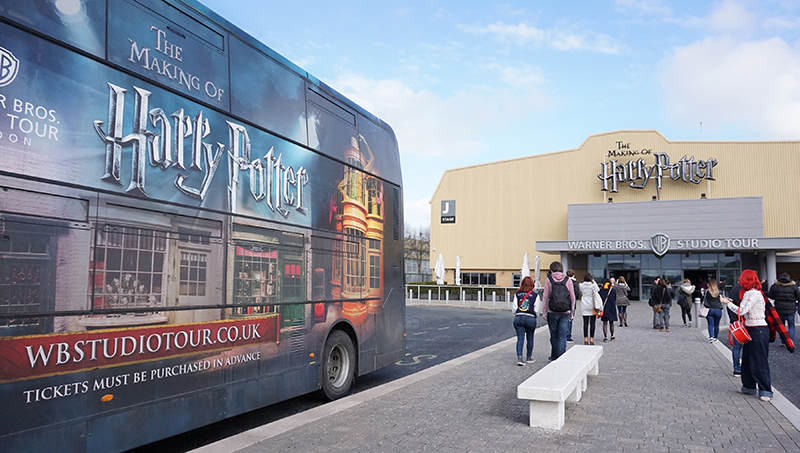 Although it would take you an hour travelling out of London, the Warner Bros. Studio Tour London would let you see the set locations where the movies were filmed. Wait for food to appear at the Great Hall, check out the Gryffindor common room, practice your Parseltongue at the entrance to the Chamber of Secrets, make sure the portraits do not move, and many more. There is also butterbeer available, along with other gift shops.

Now that you’ve plotted your itinerary, get your cameras ready and make sure you get a good night’s rest for the magical tour ahead of you. Mischief managed!