What's On
You are at:Home»Eat & Drink»Restaurant Reservation Platform Quandoo Brings to You the Best Food in Town
By Ivan Lim on May 23, 2016 Eat & Drink, Promotions, Singapore

A melting pot of different cultures with a great diversity of cuisines, Singapore has one of the most sophisticated dining scenes in Asia. That’s a good thing for sure, but sometimes, just sometimes, we find ourselves overwhelmed by the plethora of options. And that is when Berlin-based restaurant reservation platform, Quandoo, comes into the picture.

Launched in Singapore in end 2014, Quandoo is now the number one local online restaurant reservation platform. Within a year and a half, Quandoo has seated over 1.5 million diners in Singapore alone, accumulating more than 720 bookable restaurants. If you do the math, considering how our little red dot has only about 720 square km of land space, that’s one restaurant per square km. Kudos to you, Quandoo.

To celebrate the milestone, I joined Quandoo on their very first Food Trail to experience some of the best dining venues as well as the best menus, curated none other by a growing community of Quandoo users. 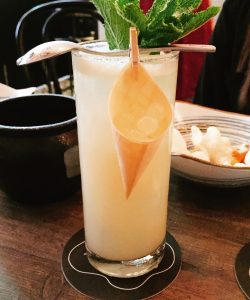 Our first stop for the night was Kite, a resto-bar located conveniently along Craig Road, near the business district enclave in Tanjong Pagar. The narrow room feels cosy the minute you step into the restaurant, with stools lined L-shaped around the perimeter of the bar, and only about six tables and accompanying chairs along the other wall. A subtle suggestion of “quality over quantity” perhaps?

My first drink for the night, the Lychee Jubilee (S$16), was a gentle concoction of coriander pisco, lychee, grapefruit bitters, and some other fancy stuff I don’t comprehend, but it was sweet and delicious so I was off to a great start.

One of the four starters that we had was this charming Fregola Salad (S$16). It was a refreshingly appetising dish comprising of burrata, sugar snaps, millet, pistachios, and my favourite part of the dish, the compressed watermelons. As expected of Kite as aforementioned, the portion was small but the quality was superb, with the sweetness of the watermelon dices complementing the saltiness of the other crunchy ingredients impeccably.

A casual five minutes’ stroll away stood our deuxième restaurant (no prizes for guessing – second restaurant in French), the L’Entrecôte Wine Bar. We tucked into the Raclette Deluxe (S$37), which included cheese, potatoes, gherkins and coldcut. A raclette is a traditional dish that is basically melted cheese eaten with boiled (or roasted, depending on your preferences) potatoes with pickled onions and small gherkins. I was told that not only is it a very popular dish in parts of Europe like Germany and France, it is also one of Switzerland’s best loved dishes. My personal favourite at L’Entrecôte Wine Bar was the Fondue Vigneronne (S$59.90), an alluring do-it-yourself dish like the Raclette Deluxe (no lazy people allowed here huh?). The Fondue Vigneronne lets you stick your steak (pun intended) into a bubbly cauldron of red wine sauce, before deciding how well done you want your beef to be. The dish came with three sauces – curry, tartar and paprika, for us to dip either the steak (after it bathed gloriously in the red wine fondue) or the French Fries which were almost as good as the headlining act the beef itself. We couldn’t stop picking up the fries.

Following our very satisfying mains, we were chauffeured to our third restaurant, Bincho. Interestingly, Bincho is located at the back of Hua Bee in Tiong Bahru, a traditional coffee shop which sells mee pok in the day, but indulges in its alter ego of serving Japanese cuisines at night. Designed to look like a Yakitori house which are dime a dozen in Singapore, Bincho’s setting is one of my favourites in Singapore. I love the cosy interior which reminded me of the inside of a trailer van. The star lights dangling from the ceiling was a very nice touch, and together with the good music, the whole place just oozes a very comfortable and homely feeling.

Here we tried the crowd favourite Mentai Wings (S$15 for two). The chicken was first deboned, and then stuffed with creamy mentaiko before being beautifully grilled to perfection. It’s no wonder Bincho calls it their little guilty pleasure of indulgence. It’s a tad pricey to me though. Our last stop for the night brought us to a four storey shophouse for cocktails. Sum Yi Tai, which means “third wife” in Cantonese, pays homage to the moody glamour of 1980s Hong Kong. The dim lightning, the interior and furniture, the Cantonese music playing unabashedly, this is exactly the kind of place that I imagine Hong Kong triads to have secret meetings at.

We went to the rooftop of the building which has a good view of the skyscrapers towering over the nearby Telok Ayer area, and were treated to six cocktails with the coolest of names. 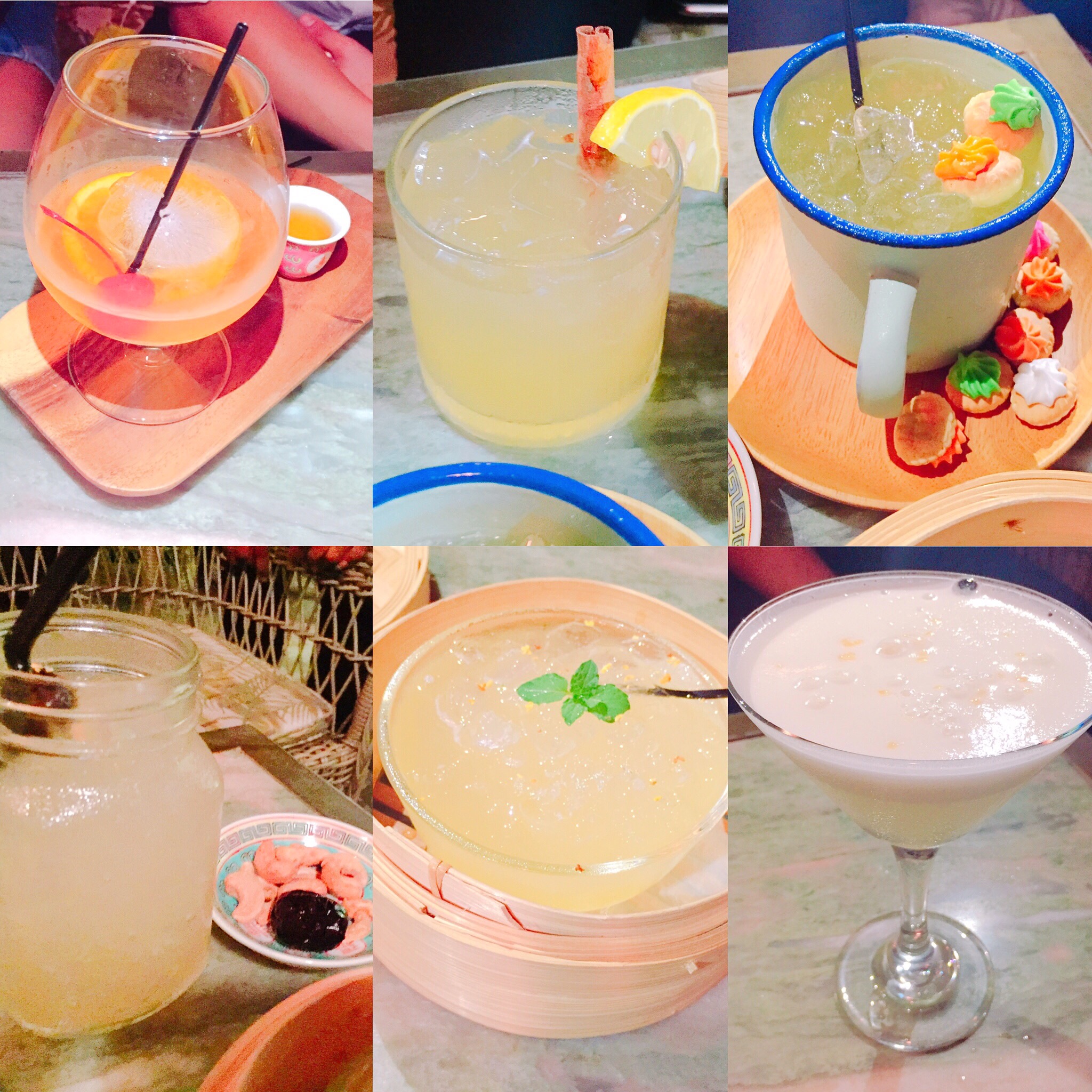 I loved narratives behind each drink, for example the Dai Lou one reads “He knows he keeps his power because of her strength. And for that, he will always need her.”

The lovely people at Quandoo and these four restaurants are going to give one of our readers a chance to win a $100 dining vouchers. All you need to do is to simply make a reservation at any of the four participating restaurants we visited earlier through the custom links below:

The above links are custom-generated for Asia 361 so do remember to book from these links to stand a chance to win S$100 dining vouchers courtesy of Quandoo! Promotion ends 30 June 2016.

Ivan loves the written word. He might want to write a poem, maybe two. Or, a book, about poems. Heck, it could be about anything. Perhaps one day he might also put lyrics to music.