What's On
You are at:Home»Countries»Getting Out of London: Top 5 Places to Visit
By Alex Liang on August 12, 2015 Countries, Travel, UK

It is such a shame that many visitors to the UK do not even make it out of London. No doubt the capital city has much to offer, from museums to street food markets to chic designer boutiques. But, there is so much more to the UK than London. Be a bit more adventurous and venture out of London to the countryside. Here are five stunning British destinations outside of London that will show you a different dimension of the country.

If the hustle and bustle of London gets to you, escaping to Snowdonia is the perfect antidote. Located in North Wales about 400 km to the northwest of London, Snowdonia National Park is one of my favourite getaway destinations from the city. There are rugged mountains, stunningly clear blue skies, ancient Welsh castles and quaint little villages like Betws-y-Coed to explore. This is one of the very few areas in the UK which are effectively bilingual – most people in North Wales speak both Welsh and English. 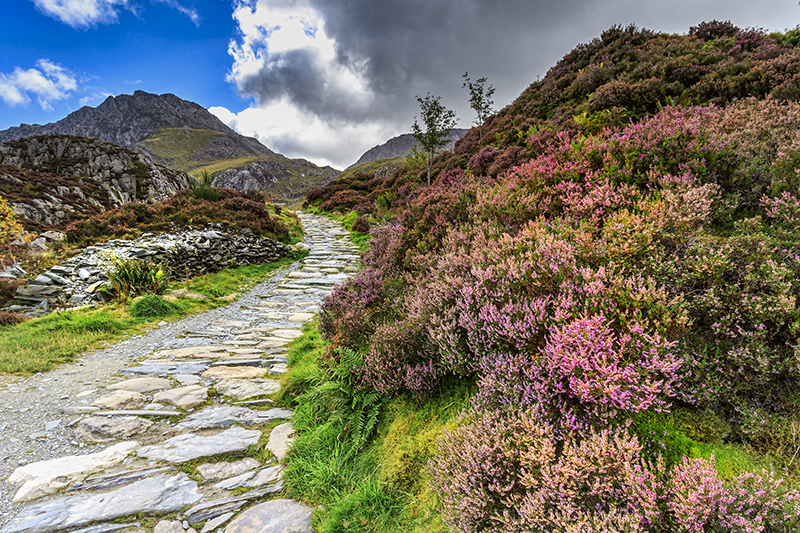 One of the must-dos is to take the famous Welsh Highland Railway, an old fashioned steam engine train which leisurely runs through the most picturesque landscape in Snowdonia. You can also climb to the top of Snowdonia, Wales’ highest peak at Snowdon at 1,085m high. And for the adventure seekers amongst you, you’ll love the Bounce Below adventure park featuring an underground trampoline in a cavern and the longest zipline in Europe. 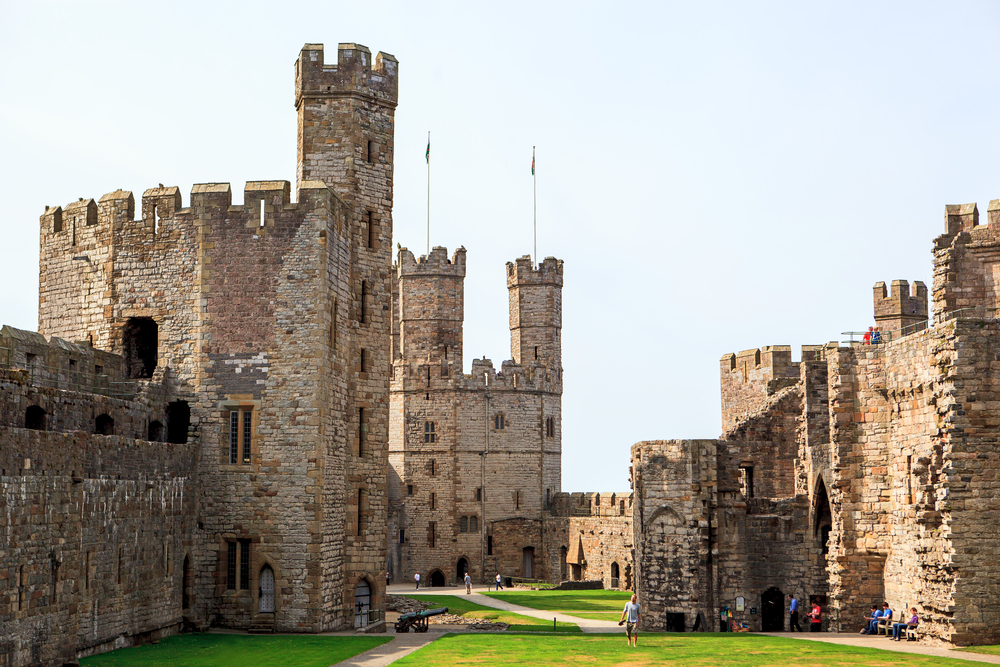 How to Get There:
The best way is to travel by train; the biggest town in North Wales is Bangor (a university town with a population of 18,800). There are direct trains from London Euston to Bangor and the ride takes about 3.5 hours. You can also go to the town of Porthmadog (with direct trains to Birmingham), which is regarded as the gateway to Snowdonia.

I have a personal connection to Castleton – I was involved in the filming of the 2008 Christmas-themed TV/movie “Clash Of The Santas” for ITV. The location managers were scouting for a piece of stunning scenery to shoot some of the most dramatic sequences. After visiting many locations around the UK, they decided on the area around Castleton, mostly because of the very striking valley. I spent several weeks in the spring of 2008 in Castleton filming this movie and totally fell in love with the place. When I wasn’t filming, I would go for long walks in the hills – it was peaceful, serene and picturesque – certainly one of the most beautiful places I have ever visited. 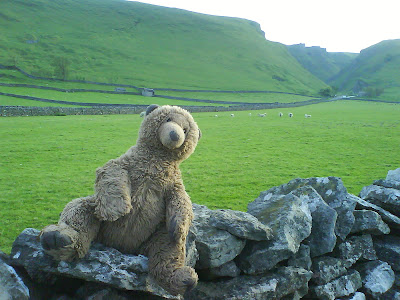 The striking valley in Castleton, Peak District where TV/movie “Clash of the Santas” was shot. (That’s my bear, Earl.)

If you find yourself in the north of England, I highly recommend the Peak District. It is a picturesque highland nature reserve within shouting distance of major northern cities like Manchester, Sheffield and Leeds.

I am particularly fond of the little village of Castleton. It has all the charms one would expect of an idyllic English village, with majestic hills and valleys to hike in. There is also the famous Blue John Cavern nearby and the haunting ruins of the Perevil Castle, which was an old Norman fort.  This area is particularly popular with locals from the big cities who are looking for an oasis of calm and tranquility.

How to Get There:
There are buses that serve the Peak District from any of the major northern cities like Manchester, Leeds and Sheffield. However, some of the buses can be infrequent and some services end rather early. To truly appreciate this area, I’d recommend renting a car. There is also a railway station called Hope about 3 km from Castleton, with direct trains to Manchester and Sheffield.

If the weather is good, consider renting a mountain bike – but be warned of the hilly terrain, it is called the Peak District for good reason. The journey from London will take about 3.5 hours, or over an hour from Manchester, just 40 minutes from Sheffield.

The main reason to visit Aviemore is the Cairngorms National Park. It is particularly popular during the winter months (typically December to March) when the ski resort is operating. The ski resort is one of the biggest in the UK and offers stunning views of the Scottish Highlands. 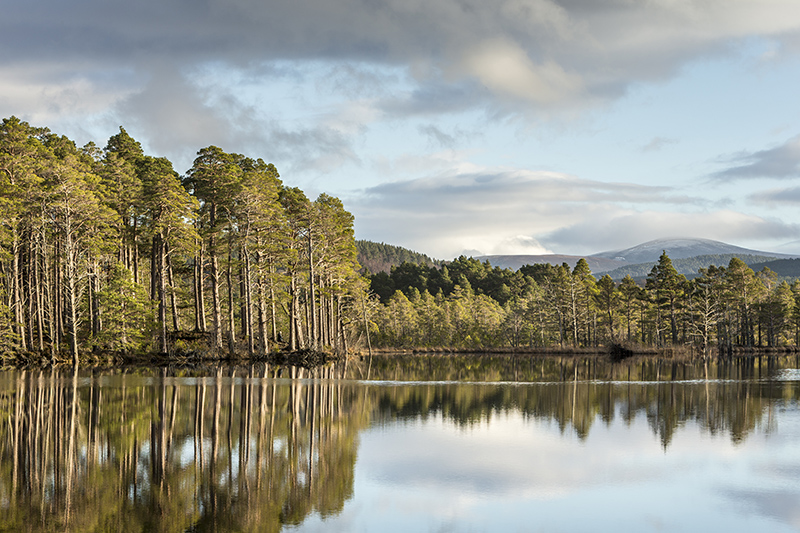 If you wish to visit during the summer months, it offers a totally different experience. You can go hill walking or even mountain biking in the same mountains. The town of Aviemore itself is the nearest town to the Cairngorms. It has a railway station and plenty of options for accommodation and dining. It is also where you will find the Strathspey Railway, a traditional steam engine train which runs through the most scenic parts of the Scottish Highlands. 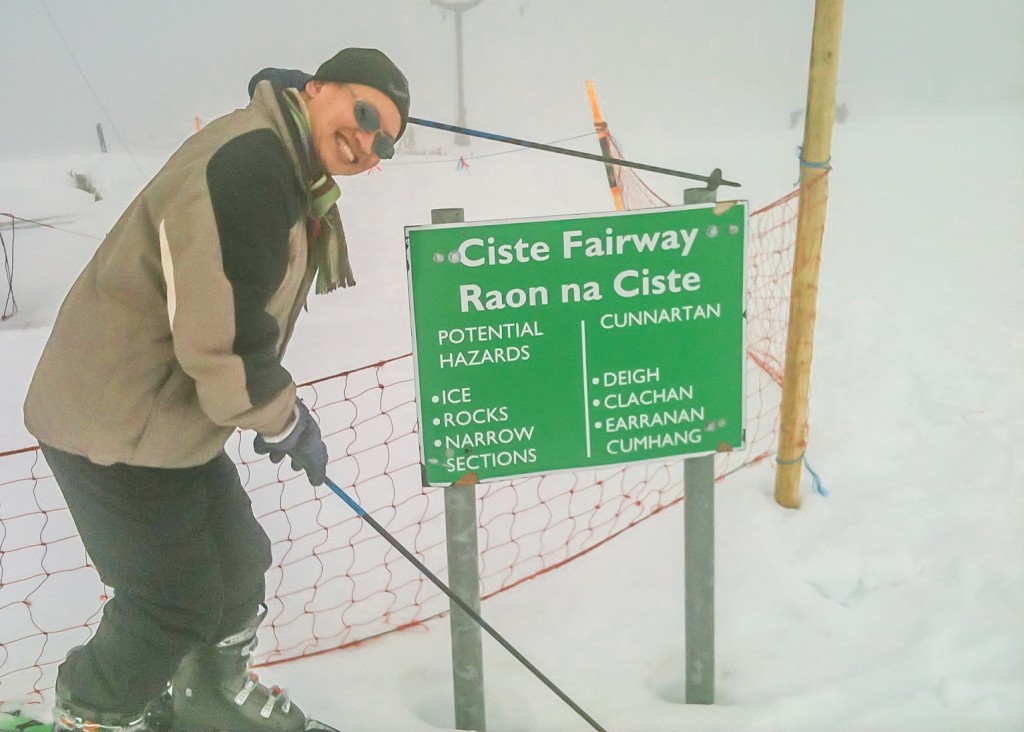 Skiing in the Cairngorms.

Few people think of the UK as a beach holiday destination. The UK does have some beautiful beaches, such as the ones in Newquay. The only challenge is it is about 480 km from London, but it is well worth the journey. We are talking about beaches with golden sand, surrounded by majestic cliffs and clear blue seas.

There is also plenty more to do apart from the beach. The Blue Reef Aquarium and Oasis Fun Pools are particularly popular with children, the Lappa Valley steam railway is a great way to enjoy the Cornish countryside, while the world famous Eden Project gardens are only about half an hour away from Newquay. With a population of about 20,000, Newquay still has the relaxed laid-back feel of a small seaside town, which makes it a nice place to escape to. 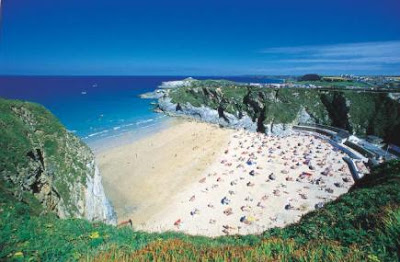 The beaches in Newquay are stunning. Photo © Jude Hoffman.

How to Get There:
A direct train from London Paddington takes just over five hours to get to Newquay. There are also the London-Penzance sleeper trains, which leave London just before midnight and at various stops in Cornwall just after 6 am in the morning. But if you are in a hurry to get there, fly to Newquay airport from London Gatwick/Stansted, Dublin, Birmingham or Manchester. The flight time from London takes about 70 minutes. You can also take a bus from London if you prefer, but be warned – the London to Newquay bus journey takes about 7.5 hours (depending on traffic conditions).

Located in the far north of Scotland, Orkney Islands is an archipelago of 70 islands, of which 20 are inhabited.   There’s plenty to see and do on the Orkney Islands, thanks to its rich and fascinating history. It has been settled in by various non-English speaking people over the centuries, namely the Picts, the Norse (the Vikings) and finally the Scots. There are plenty of old Viking historical sites to explore on the Orkney Islands and you can go island hopping throughout the archipelago by using the local ferry service. There are some incredibly majestic cliffs near Yesnaby and Hoy that are definitely worth visiting.

One of the things you can also do at Orkney Islands is to have a farm stay experience. I recommend Burnside Farm, a four-star B&B on a working diary farm, so you can have all the comforts of a luxury hotel. Being so far north, you will experience the midnight sun in summer and have a chance of seeing the Northern Lights in winter. 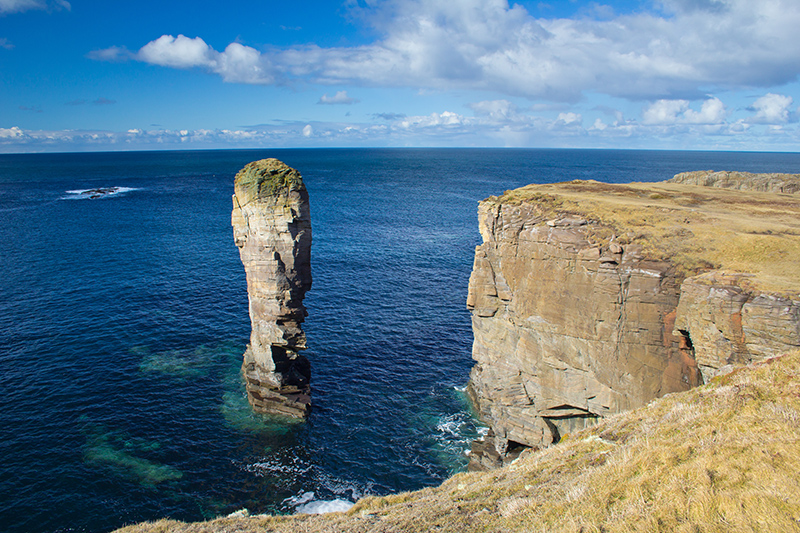 How to Get There:
Getting to the Orkney Islands can be a challenge; you can fly from London to Kirkwall airport via Aberdeen, Glasgow, Edinburgh or Inverness. There are ferry services from the Scottish mainland, but given how long it takes to get there, flying to Kirkwall is the only sensible option. Flight time from London to Edinburgh is about 1 hour 20 minutes, and then it is a further 75 minutes’ flying time to Kirkwall. Yes, it will be a long way north, but it is well worth a journey.

London-based Alex works in media and PR and is a prolific blogger and Youtuber. His blog "Limpeh Is Foreign Talent" has had over 11 million hits to date. Alex enjoys gymnastics, learning foreign languages and making Youtube videos.