The weather, the traffic and the too tight jeans that I had on, all conspired to frustrate my efforts at punctuality. However, the fact remained that I was going to be 20 minutes late and I was mortified at the prospect of being publicly berated and broom-beaten out of Gordon Ramsay’s newest eatery with the same kind of heavy hitting language that has been hurled at participants in “Hell’s Kitchen”. Pushing past the gawking fans at the entrance and quietly slipping onto my seat, I was sure that I was in the clear.

I was at Bread Street Kitchen, the highly anticipated restaurant and bar by award-winning chef Gordon Ramsay.  The man himself was in Singapore to unveil his newest culinary venture at Marina Bay Sands in Singapore. I was one of the privileged few invited to catch more than a glimpse of the revered Michelin-starred chef and taste the classic British European fare offered at Bread Street Kitchen during the media preview. 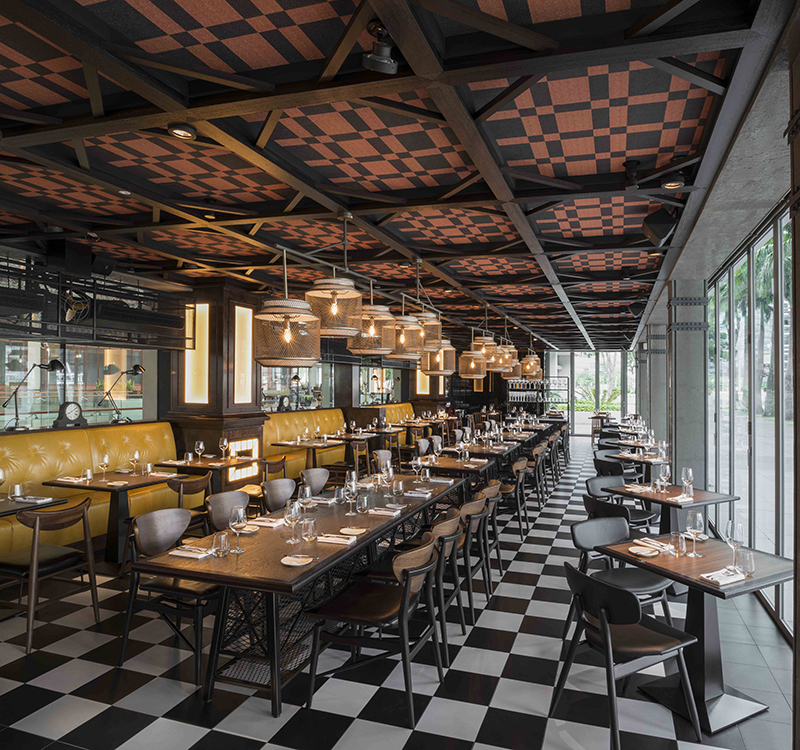 Having gotten over my initial frenzied state, I settled my mind and began on my gastronomical journey at Bread Street Kitchen with some cold starters. The first starter served was Potted Salt Beef Brisket with grain mustard, piccalili and Caraway crackers. Much like the more familiar American pulled pork, this variety instead has shreds of beef. Brisket chosen for its tender texture, the meat mixed in with a cool coleslaw type of sauce. Piccalili, a yellow-coloured condiment, is the English interpretation of Indian pickles originating from the 18th century. Eaten together on the cracker, in the manner of an open-faced sandwich, the ensemble is much more as the sum of its parts. 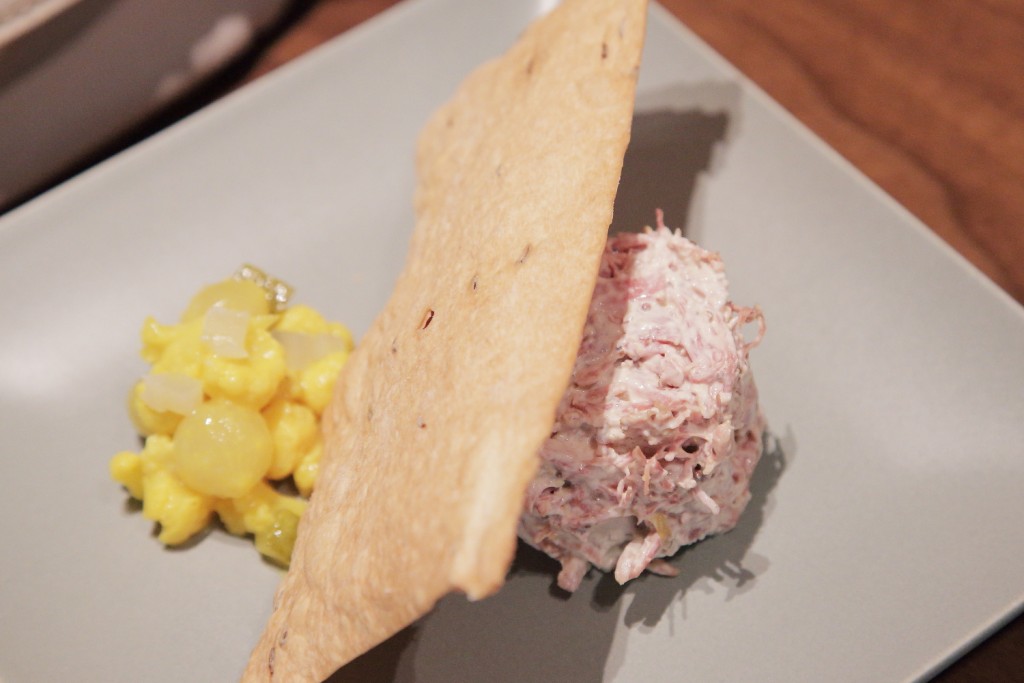 My favourite of the starters was the Spicy Tuna Tartare with Chilli Garlic, Sesame Oil and Wonton Crisps.  I liked the way the tiny tuna cubes were flavoured with the right amount of Asian omami and enough picante to call it Singaporean. Again, we can see here the conscientious effort to tie the creations to its host country — which it achieves here and takes it a step further. 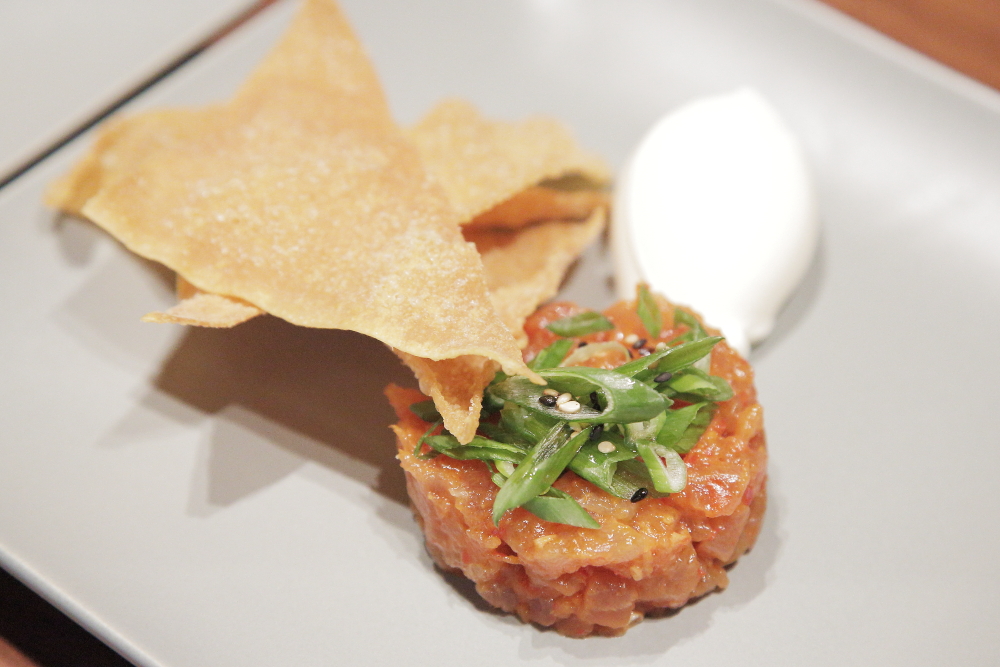 If you like the coffee shop staples “Pork Rib King” and “Coffee Pork Ribs”, you will like the Tamarind Spiced Chicken Wings. The sticky sweet brown sauce matches the best of these two local favourites in taste, texture and colour. 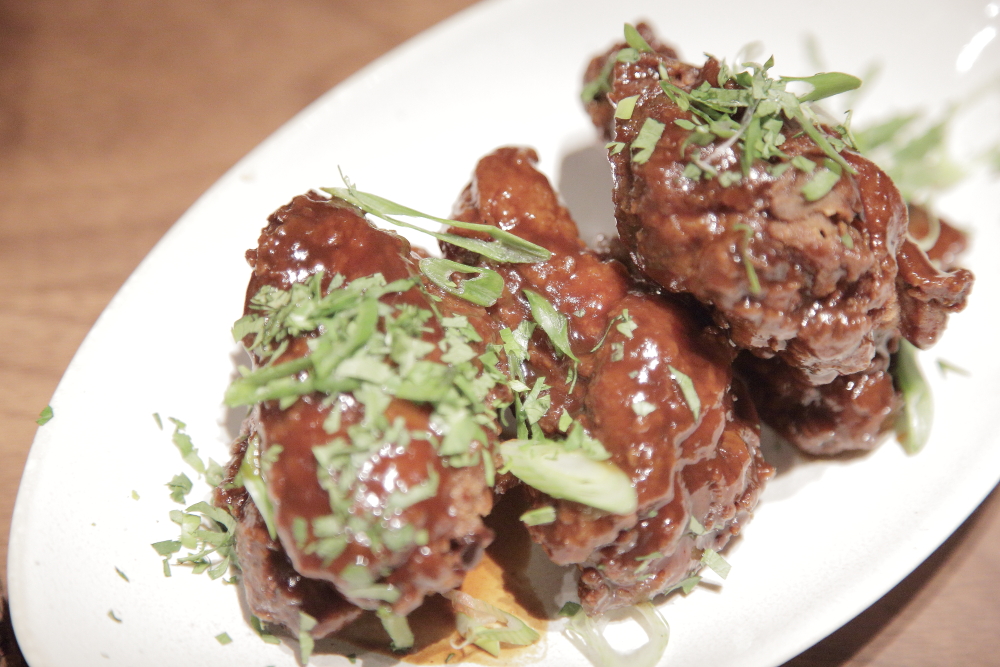 Midway between the starters and the mains, Chef Ramsay made a second appearance to take questions and dish out a bit of banter. Addressing questions on the impact of social media on the culinary world to the style of dishes served here, he nimbly but deliberately and abruptly dealt the accusing question “And, why were you late?” to me. A nervous cough from me and a flustered grin from the pretty girl in the corner, we were let off as he continued on about hawkers and piccalilli. So, the menu at Bread Street Kitchen has been designed to take advantage of the locally available ingredients and seeks inspiration from regional flavours and tastes. As a casual dining venue, the fussiness, pomp and pageantry of haute cuisine is dispensed with. What you will find is very high quality and somewhat approachable street food. I liken it to street food because keen consideration has been paid to the local palate; the tastes are welcoming, comforting even, and it comes at a friendly price point that won’t upset your stomach. I suppose that was a takeaway from his visit to the Maxwell Market some years back. 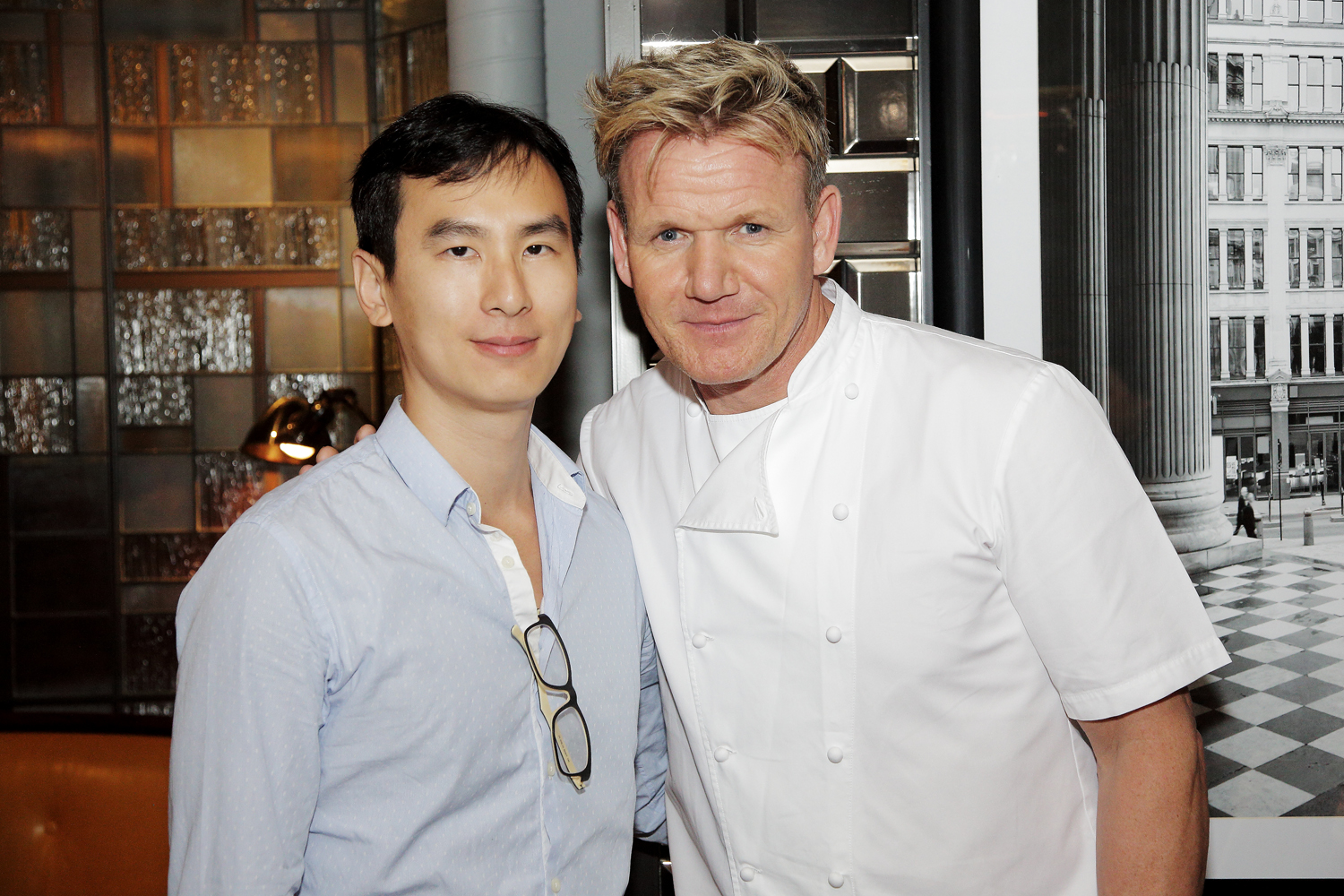 The entrees too revealed the subtle Asian culinary influences. For instance, for the Slow-roasted Dingley Dell Pork Belly, one cannot help but draw comparisons to Asian variants like the Chinese roasted pork or the Filipino Lechon. Not to be outdone, Gordon Ramsay’s take does not fall short. 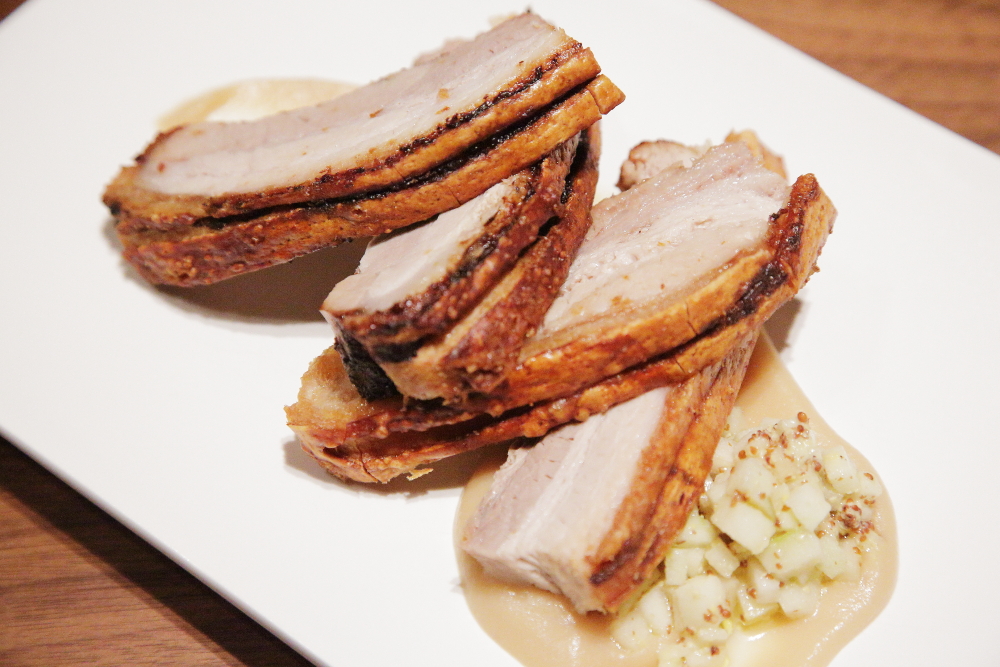 Unabashedly British, Bread Street Kitchen brings the quintessentially English fare of Fish and Chips dressed to the nines with your pick of artisanal ketchup (comes in a sealed glass bottle), mashed peas, handmade tartar sauce or mustard (also in little bottles). This is a heavy, hearty choice that is sure to fill you up. The batter is light and crisp and not too laden with oil and the fish used is dense and substantial. Paired well with a refreshing ale, it would have me coming back when I have a craving for fish and chips. 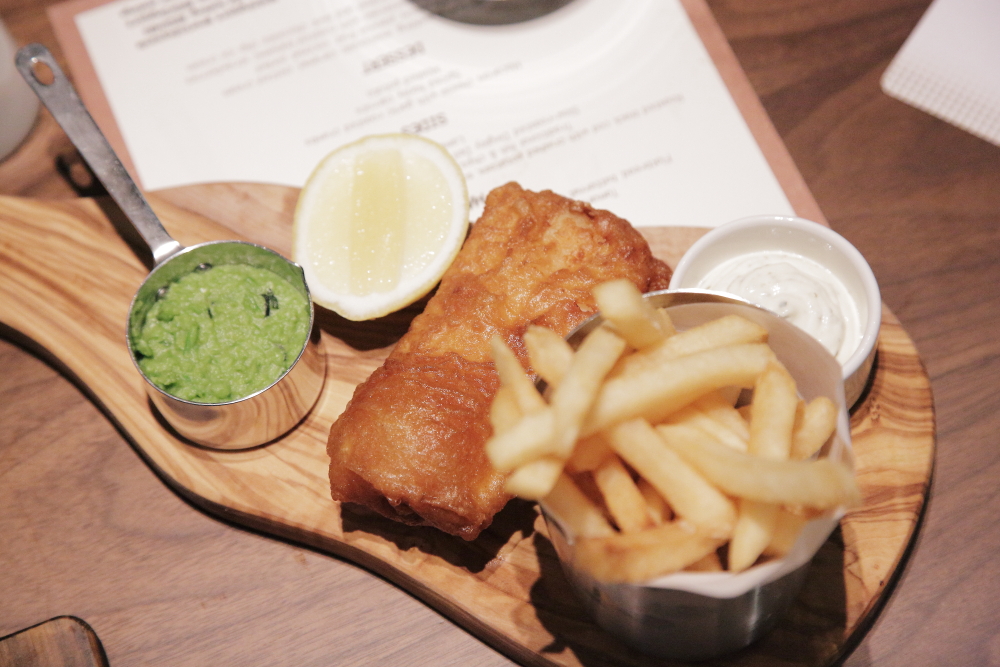 Marking a departure from an effort to incorporate local culinary influence, the roasted cod otherwise blends into the background of the other consistent offerings. 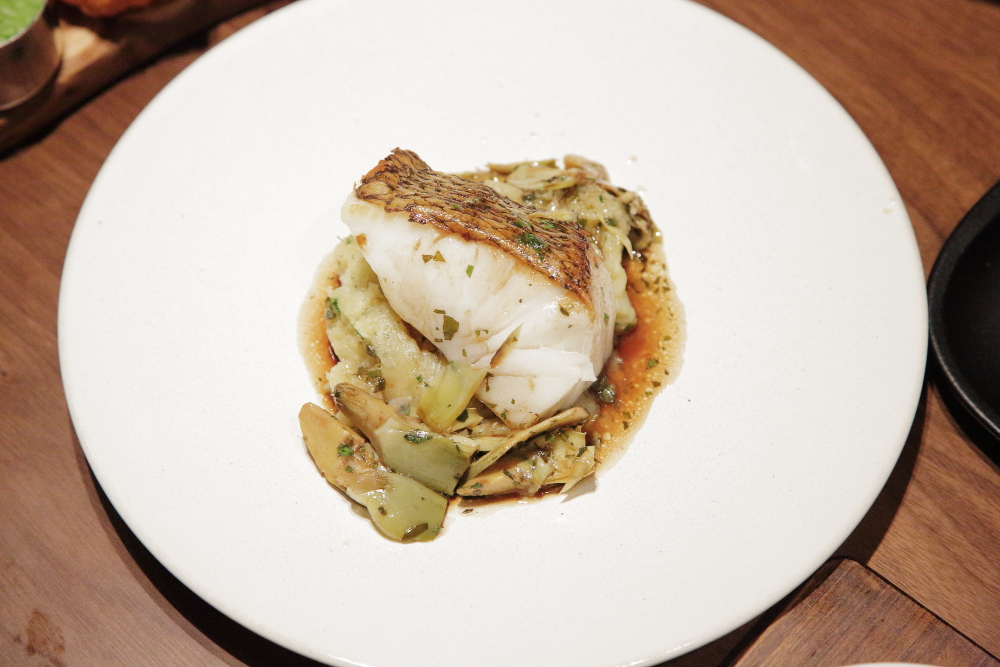 A childhood fave of Chef Ramsay, the humble Mac & Cheese has in recent years seen a new lease of life with an increasing number of quality restaurants attempting a new spin on what is otherwise viewed as insipid fast food. Quality ingredients can only push the benchmark so far but the nuances of sweet and bitter from the roasted garlic set the Bread Street Kitchen version above others. 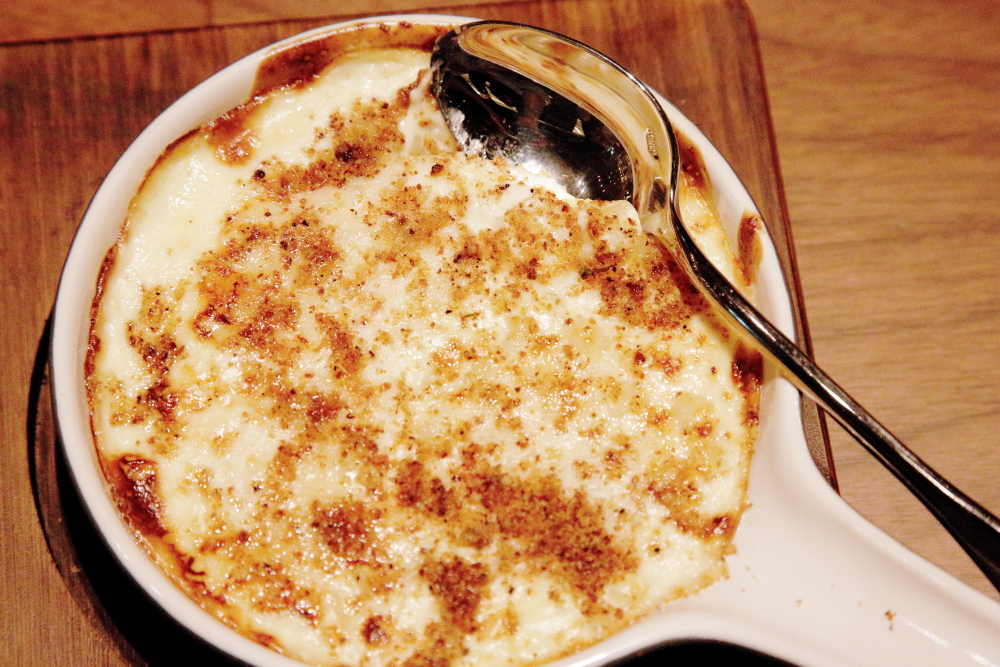 Desserts, like the savoury options, tended towards conservative. All the options are uniformly safe choices that will satisfy but require a little more to get you raving. That said, I liked the treacle pie and the sticky toffee. Both had a satisfying chewy bite from the semi-soft sugar used but were never overpoweringly sweet. 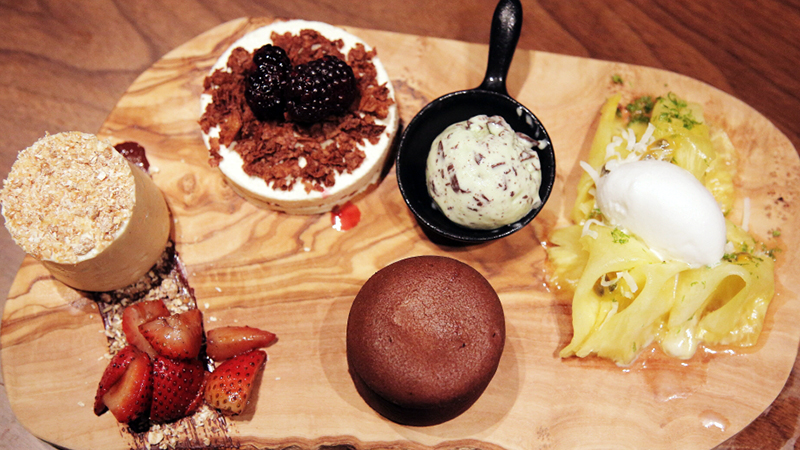 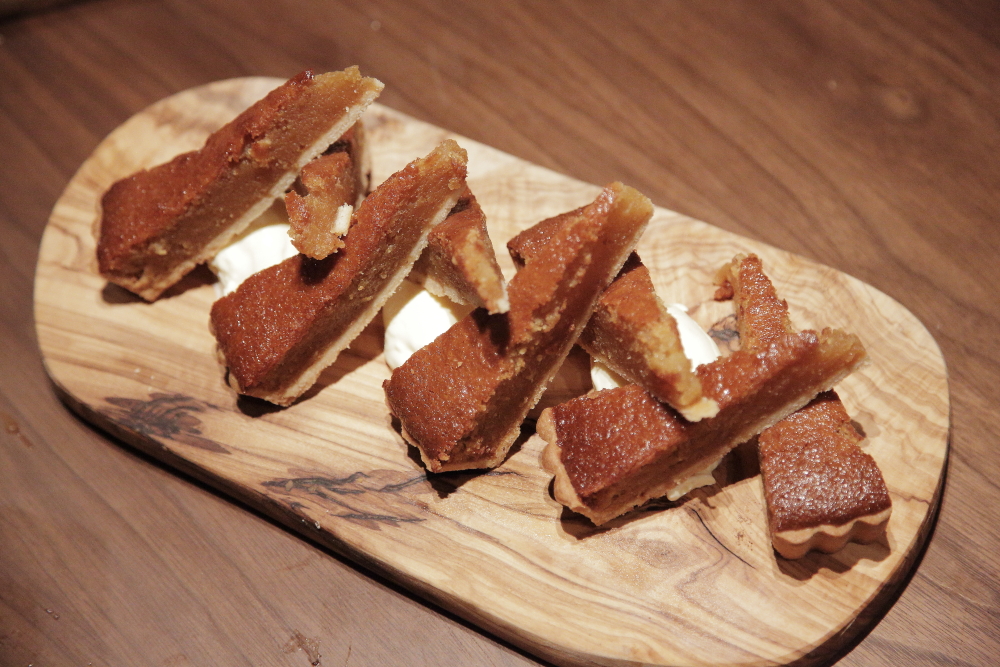 The drinks menu was considerably more inspired, with playful recipes incorporating all manners of tropical fruit flavours. With roughly half of the second floor allocated to the bar, the variety of cocktail creations on and off the menu will keep those whistles wet and cheery. All of the tropical favourites are available as well as inventive new classics in the making.

The Tio Abuelo was the hands-down favourite of the night – a gin and tonic perked up with a twist of passion fruit. Another pleaser was the shiraz goblet, an improvised mixture designed to convert sangria detractors. 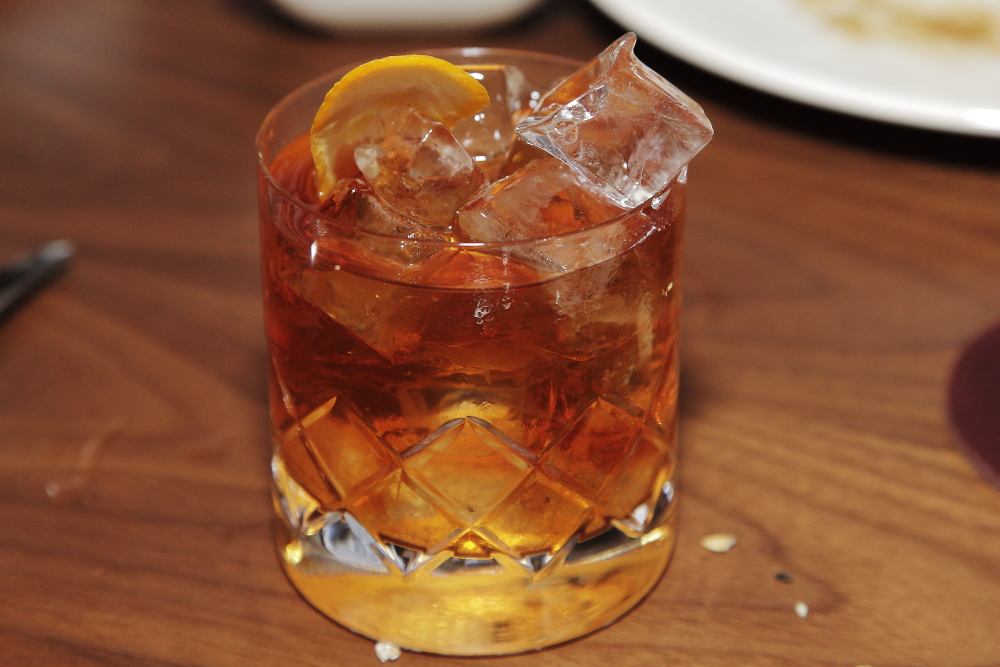 Bread Street Kitchen makes a laudable effort to seamlessly blend into the Singaporean dining scene with a very safely devised menu designed to replicate the flavours Singaporean cuisine is famous for. However, the larger-than-life brand that is Gordon Ramsay does set one up for high expectations with regard to creativity and inventiveness. 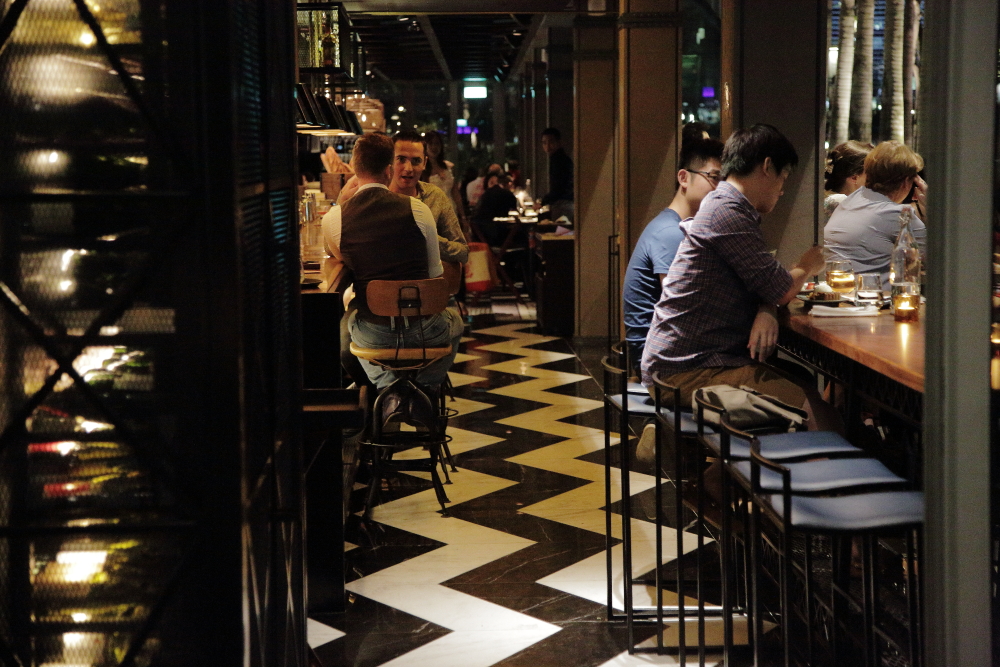